A Soul in Rest is a side mission in Fen Bog in Tom Clancy’s Ghost Recon Breakpoint.

Your task is to retrieve Yuma and Midas’ belongings from the Sentinels.

Here’s a walkthrough of A Soul In Rest in Ghost Recon: Breakpoint.

To begin the mission, head to Summers Homestead. It’s located in the Fen Bog province, just south of Summers Swamp. 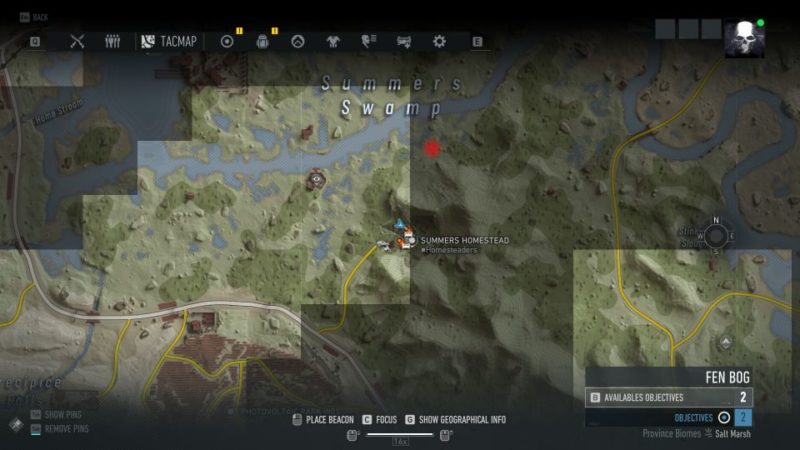 You will see a man within the homestead. Speak to him to begin. 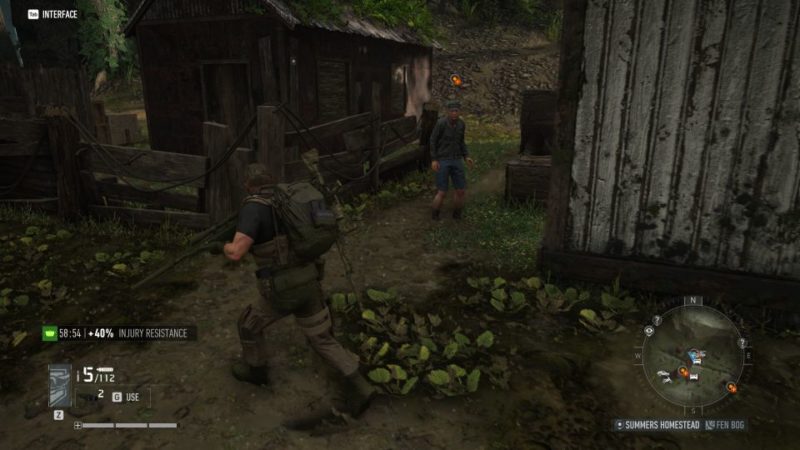 Next, head to the Ancient Cemetery which is west of the Ancient Village in Fen Bog. It’s shown in the map below, marked by the blue player location. 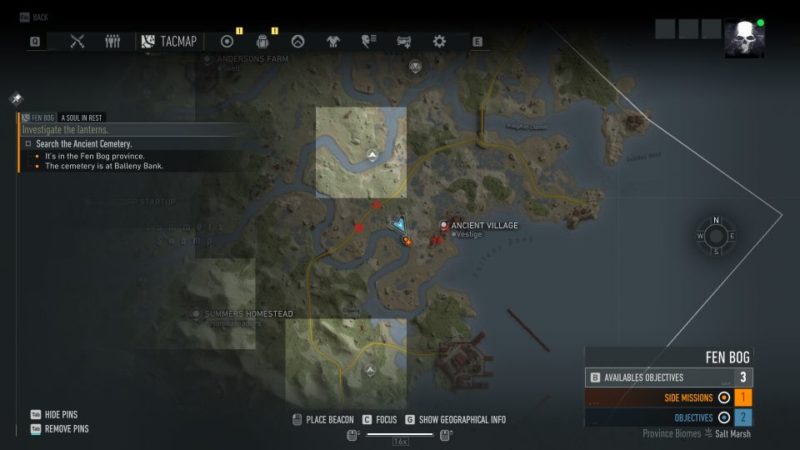 You will see a woman there. Speak to her. 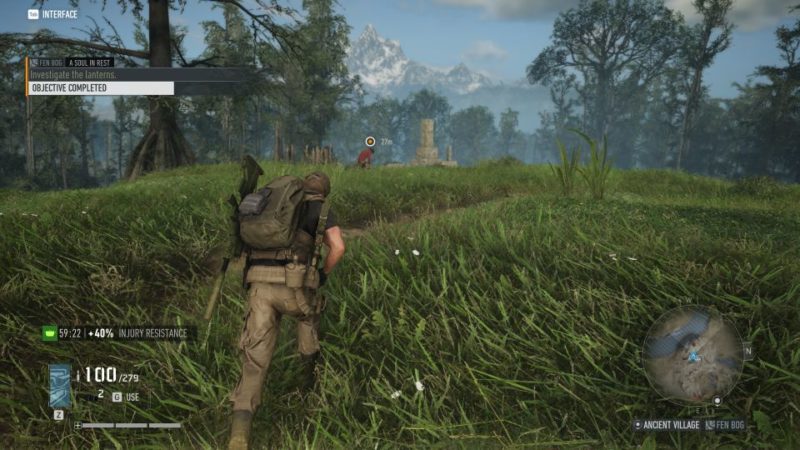 Your objective is to get Yuma and Midas’ belongings. You’ll need to find the plane crash location first.

To do so, you need intel from Sentinels or civilians in Sinking Country.

One place to find them is the Sentinel Corp Land Base, just west of Lake Roundabout (Sinking Country). 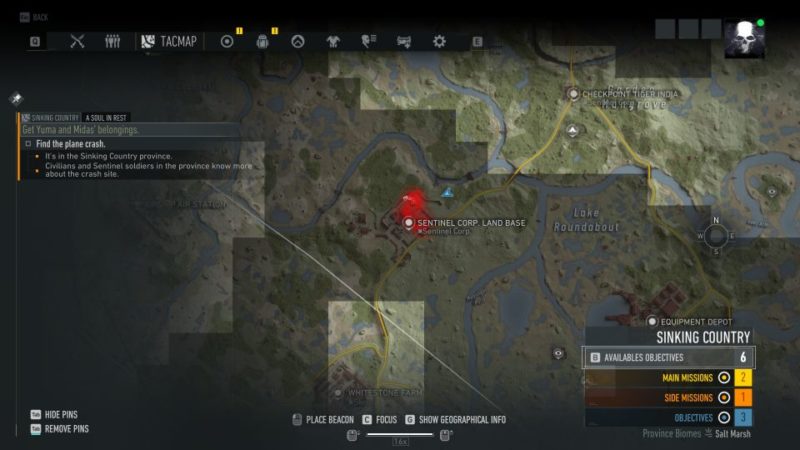 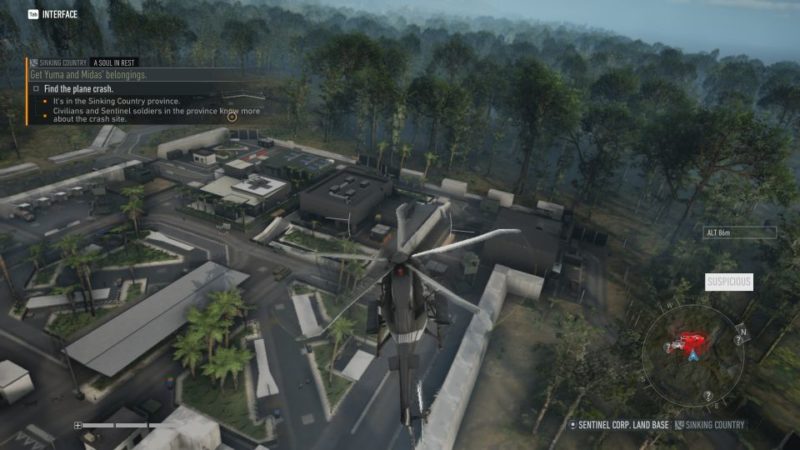 There’ll be lots of Sentinels here. Just interrogate one with the intel symbol above the head. 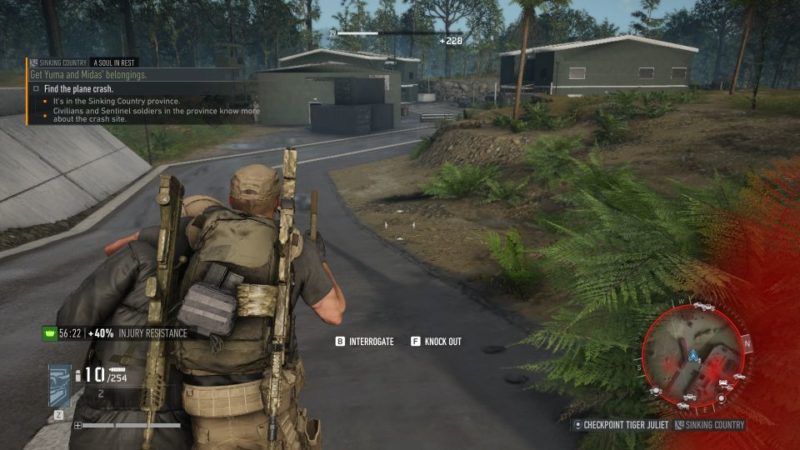 The exact location of the plane is shown in the map below, marked by the blue player location. It’s at the southern edge of Sinking Country. 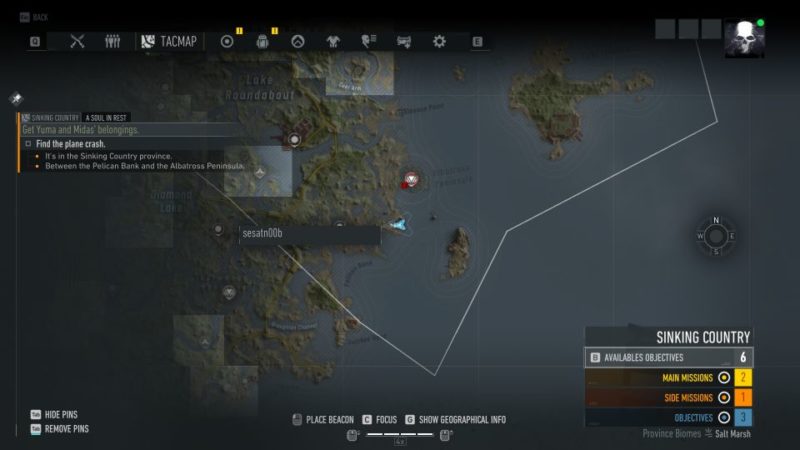 There, you’ll see Sentinels around, together with some drones. 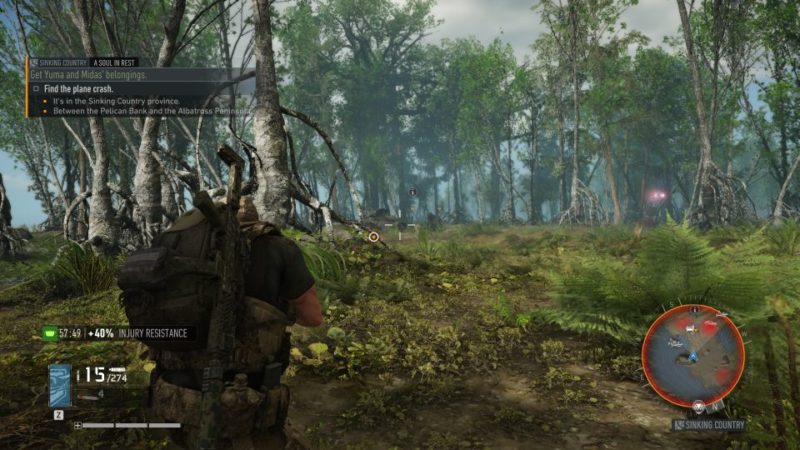 Get the intel from one of the Sentinels, dead or alive. 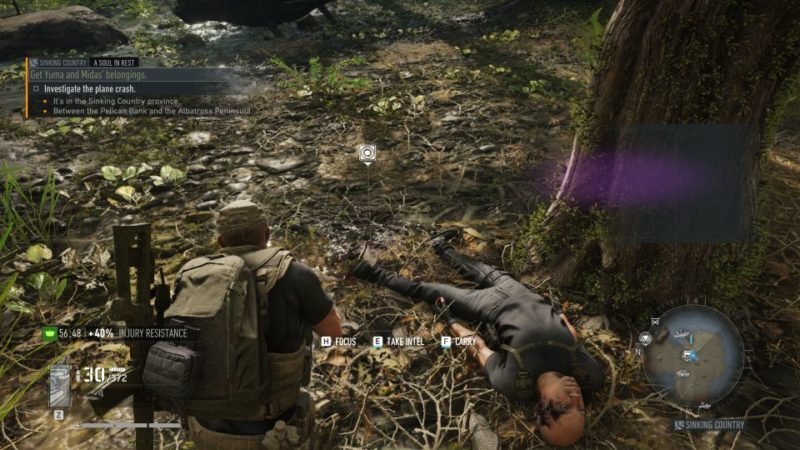 From the plane crash, you will see another island called Bunker Edgehod South. Take the boat and head towards it. 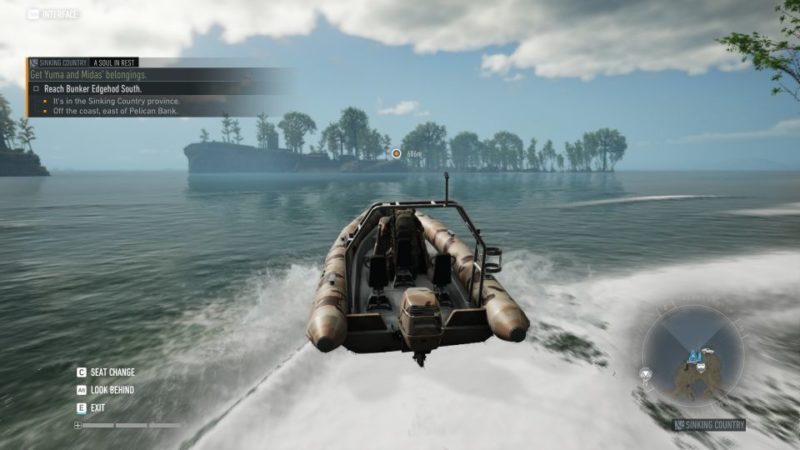 The island’s location is shown in the map below. 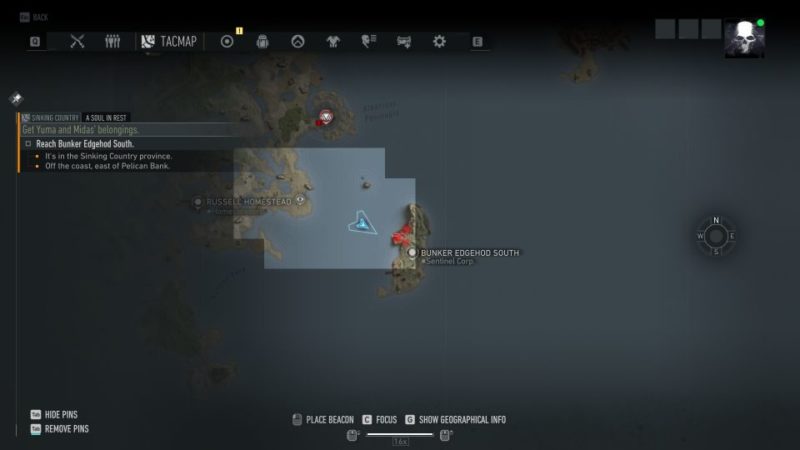 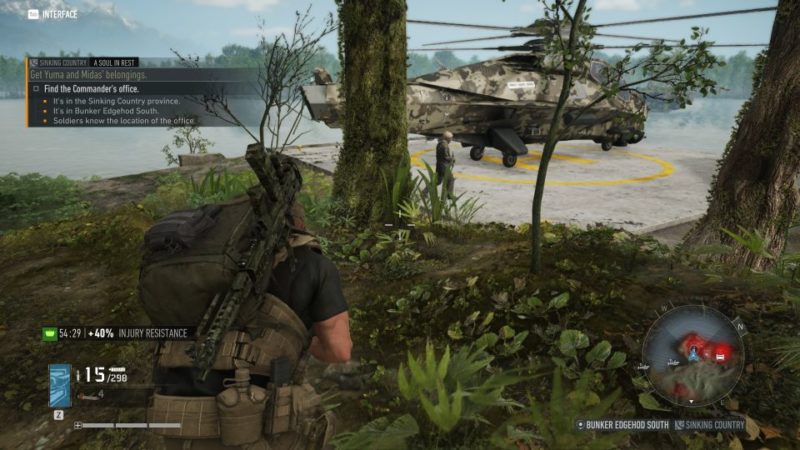 Grab any one with the intel symbol above the head. Interrogate to get the location. 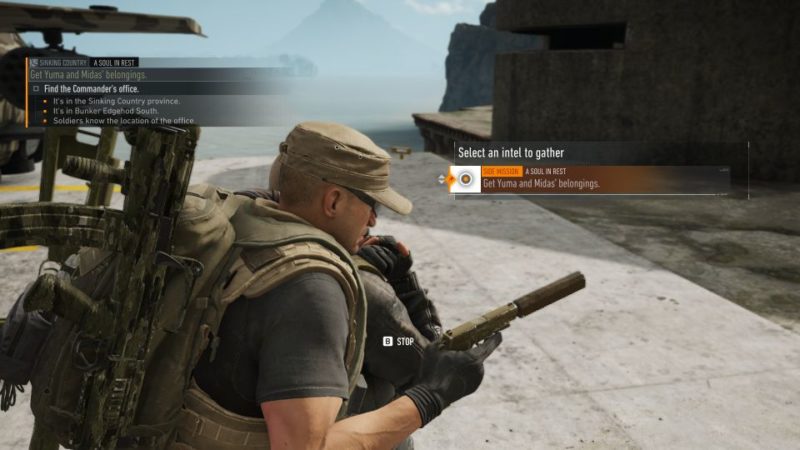 The exact location of the office is shown below, marked by the blue player location. It’s at the southern area of the island. 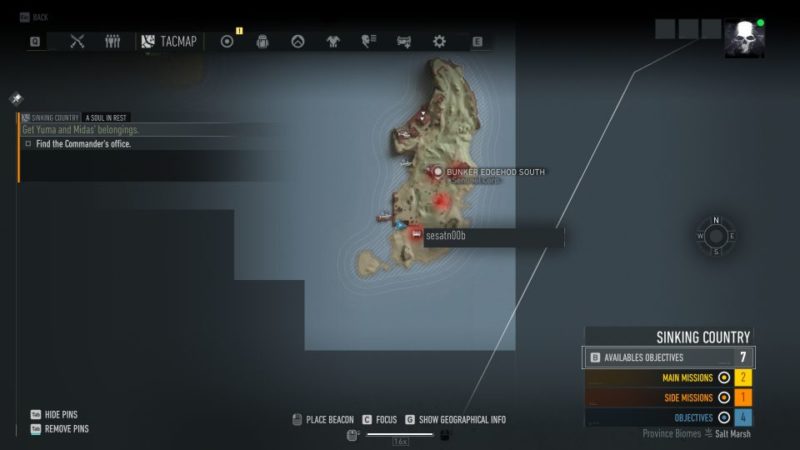 You should see this building in the image below. There will be guards surrounding the place. 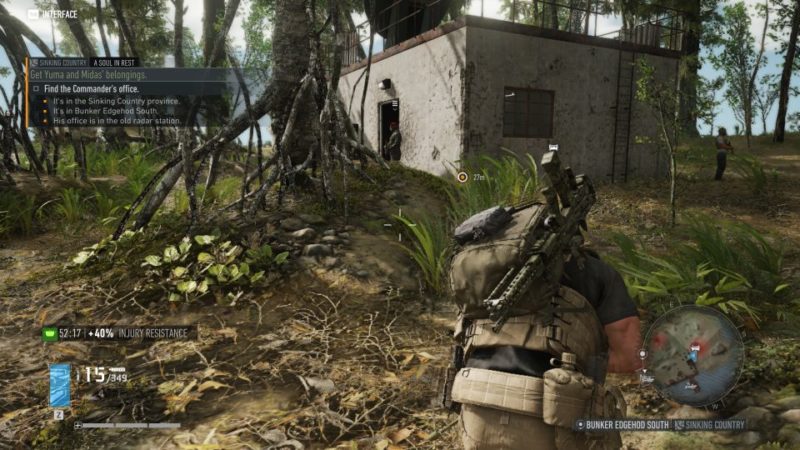 Get Yuma and Midas’ belongings

Kill the guards and enter the office.

The belongings are in the cabinet. 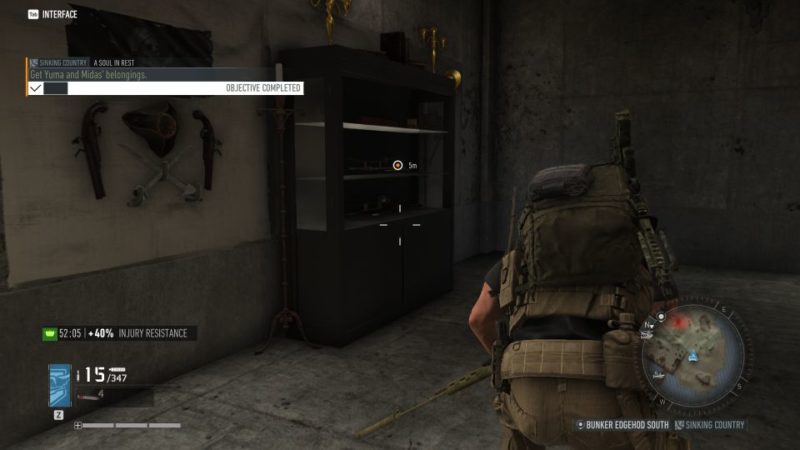 Go back to the Ancient Cemetery in Fen Bog. 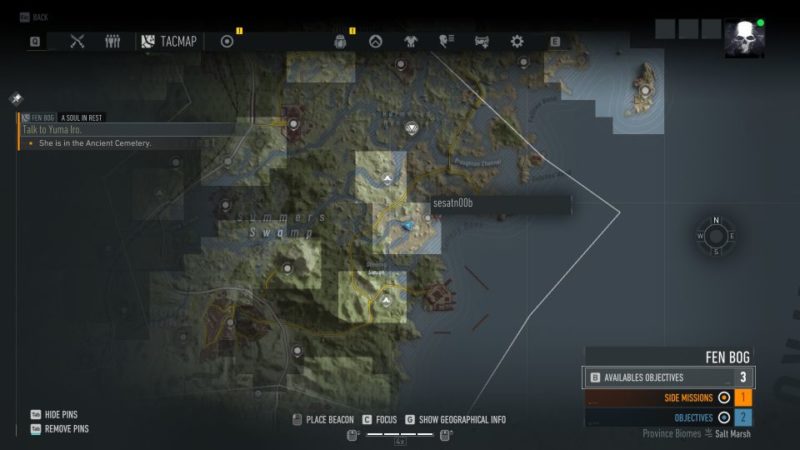 Speak with Yuma and the mission ends here. You’ll get a melee weapon and some Skell Credits. 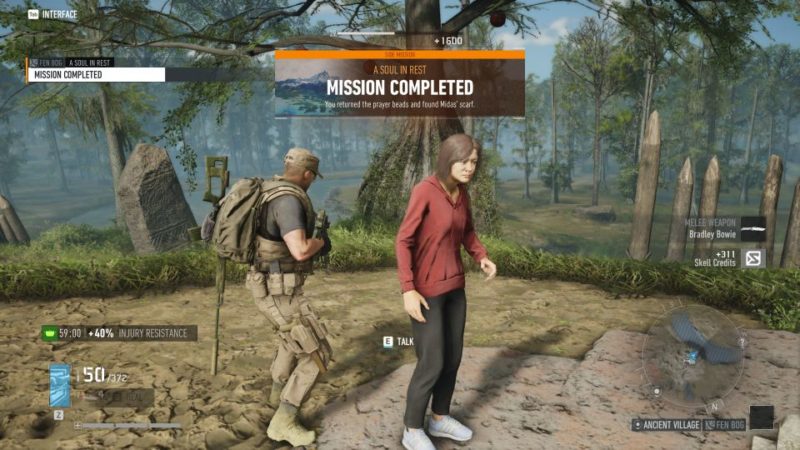