Yakuza Kiwami 2 is a remake of the old Yakuza game (2006) and this game was released globally like a week ago on the Playstation 4.

Kiwami 2 was released in Japan much earlier, in December 2017 but for the rest of us, the English version is now available in stores.

I’m totally new to the Yakuza franchise so this article will be based on my perspective as a newbie.

Here’s a beginner’s guide on Yakuza Kiwami 2, including some tips and tricks you should know of.

Before we go on, here’s a brief overview of this game’s story. For those who do not know, you should first play Yakuza 0 and Yakuza Kiwami before playing Kiwami 2.

The story of these games are related. Nevertheless, you can still play Kiwami 2 if you’re new to the series like I am. They do have some cutscenes and animation to explain some of the things that happened in the past. 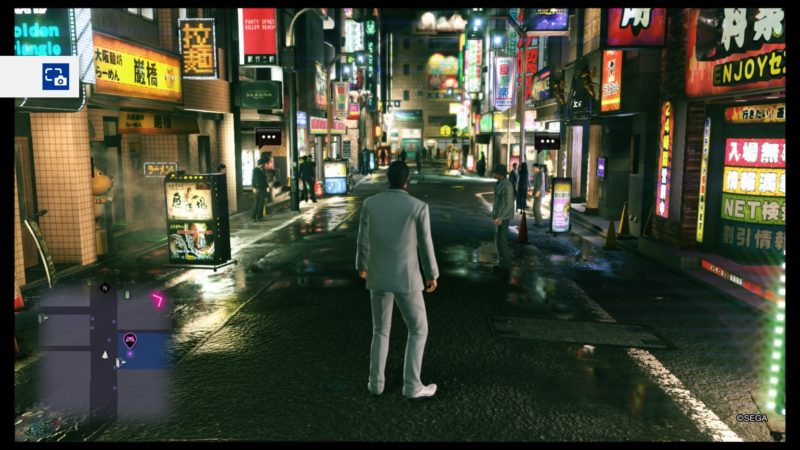 You basically play as Kazuma Kiryu, an ex-chairman of the Tojo clan, one of the main clans in Kamurocho.

The Tojo clan weakens due to many reasons and seeks alliance with The Omi but many obstacles are in the way.

Kiryu then aims to unite both clans but faces plenty of rivals who are against it, such as Goda Ryuji and Sengoku.

The entire game is pretty much a long story on the alliance and you’ll spend most of your time fighting all kinds of people who are in the way.

There are also plot twists here and there so I can’t really explain much without giving away the plot (spoilers).

Regardless, it’s a really fun game to play and it comes with quite a bit of story. It’s like watching an anime at the same time.

This game may look like a Japanese version of GTA V but it’s not. I’m not sure if I should call it fully open world, because you are allowed to roam around but the map is kinda small if compared to games like GTA or even Sleeping Dogs. 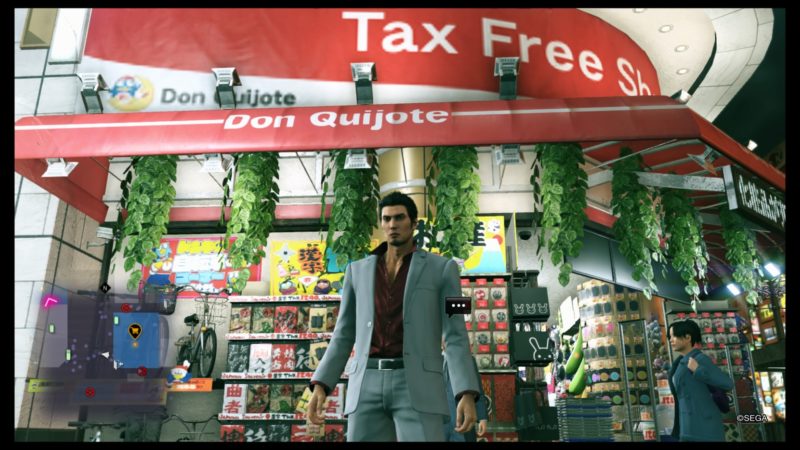 You are only allowed to roam around in the streets and you can’t drive any vehicles. The best you can do is fast travel by taking a cab. In the streets, you’ll find plenty of thugs, yakuzas and other kinds of delinquents.

They will pick a fight with you every single time, but you can always run away. The fighting style is a little like Sleeping Dogs where you have all kinds of punches and kicks. You can also pick items on the street to use as weapons. This game also allows you to charge up your energy and pack stronger punches and kicks. They use the word “heat” to describe the energy. If you have a certain amount of heat, you can just press the “triangle” button and it automatically does some awesome heat actions. However, some of these heat actions have to be unlocked by using EXP points. 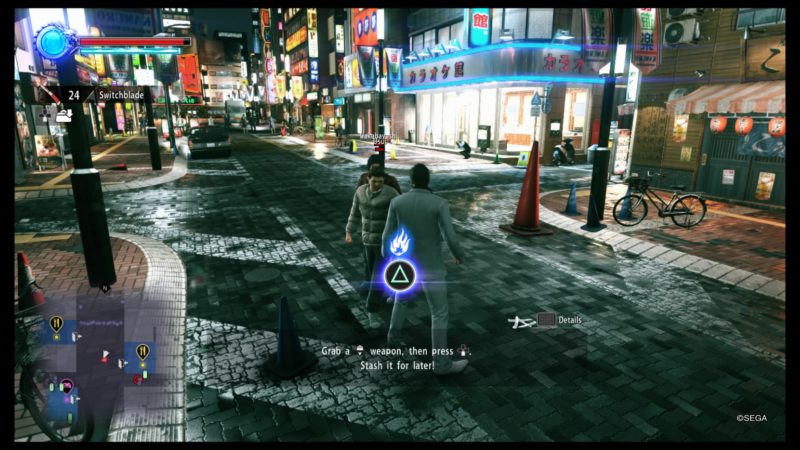 For example, I used one where a musician throws his guitar and Kiryu uses it to smash the opponent. Another would be a chef throwing leeks and Kiryu hits the enemy with them. The heat actions really spices up the fighting gameplay and keeps them exciting. 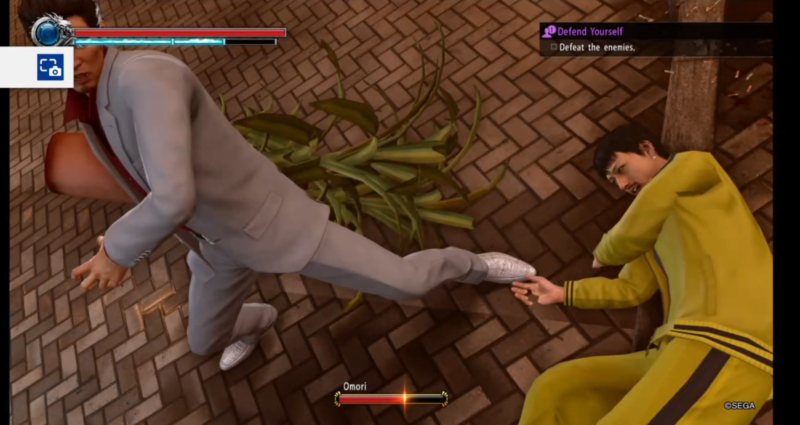 In Kiwami 2, you can also do side quests, a lot involving fights and some really weird Japanese ones. One side quest involves peeing (to test the urinal). So yeah.

There are also plenty of mini games like darts, batting, golf, arcade games, all sorts of gambling and so on. It’s actually quite fun to just go around doing mini games if you’re tired of the fighting.

How to gain more EXP in Kiwami 2

There are a couple of ways you can earn more EXP (experience points) in this game. EXP is used to increase your stats and is crucial as the game gets tougher when the story progresses.

There are different kinds of stats and hence different EXP is needed for each stat. You have stats like HP, attack, defense and so on. 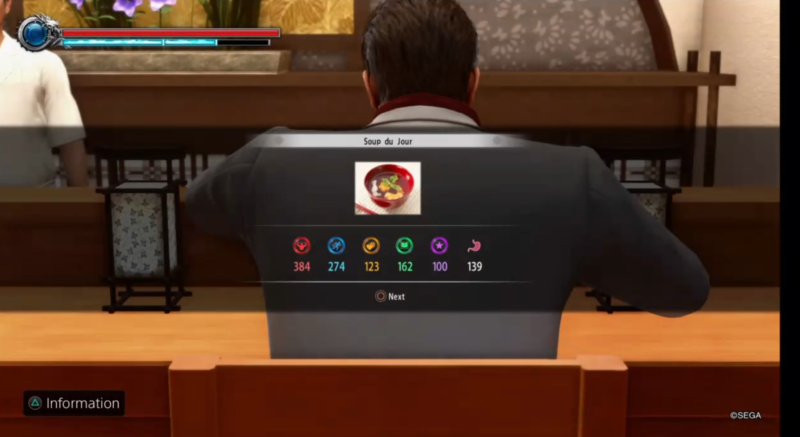 Another good way of getting EXP is by eating at any restaurant (e.g. fast food, Japanese fine dining, sushi bar) or drinking at a bar.

However, I don’t think it’s that important and you can just eat whatever you want and still do well in the game.

You have to look at your hunger gauge too. You shouldn’t eat exceeding the hunger gauge. Each food fills up a certain amount on the gauge so do check on it before buying the food. 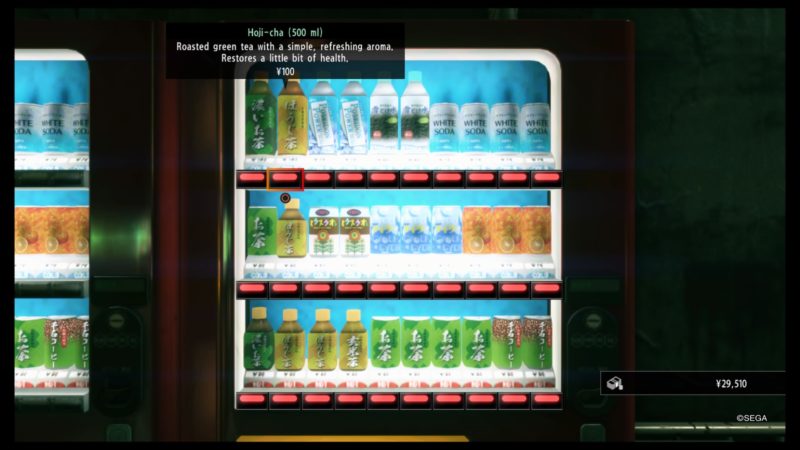 By the way, eating also helps to increase your health. After every match, your health doesn’t recover by itself and you need to eat or drink to recover.

Doing the main quest and side quests will also increase EXP for your stats. Even more so if it involves a lot of fighting.

You will get the most EXP by defeating someone really strong, especially bosses. There are also drinks you can take to increase EXP before you start fighting on the streets.

How to earn more money (yen) in the game

Some quests require money to complete and you definitely need lots of money to buy food and drinks (for HP or other stats).

I’ve actually written a guide on how to make more money in Yakuza Kiwami 2. Nevertheless, I’ll summarize some of it here.

The number one way for me to make money is through the hostess club. Somewhere in Chapter 6, you should be introduced to the Four Shine Cabaret Club where you will be the manager there. 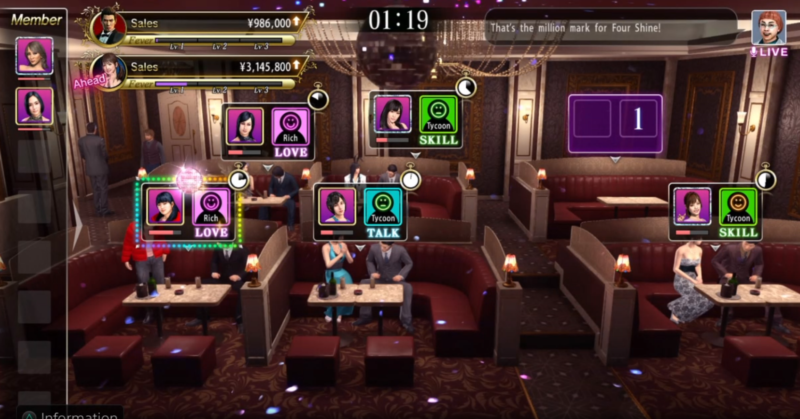 I’ve also written a guide on how to run the Cabaret Club and everything you should know about it. Anyways, I’m already earning a few million yen per round through the Cabaret Club as I’m at the highest league now. It only takes over 3 minutes per run and it’s insane. Furthermore, it’s not hard to get to the top league.

If you’re not at Chapter 6 yet, you can make money through the casino. They have blackjack, poker, koi and other games. There are items that may help you in the casino, such as the Blackjack amulet.

I’m not sure how it works but it’s supposed to give you a run of blackjacks. I tried but it didn’t work for me, so I guess there’s something else to it. 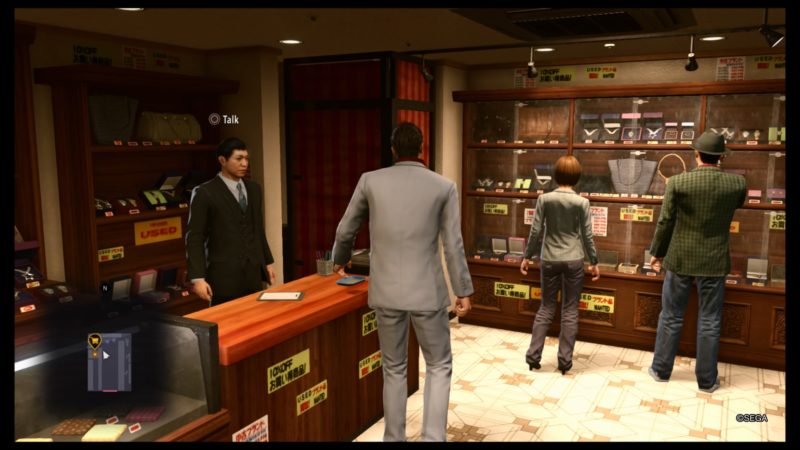 Another way to make money is by selling items at the pawn shop. You can sell those plates (bronze / silver / gold / platinum) that you looted from the ground or elsewhere, or even sell weapons and other items that you don’t need. There is one pawn shop on each map.

Some side activities and mini games to play in Kiwami 2

Yakuza Kiwami 2 comes packed with all sorts of mini games and some weird side activities. 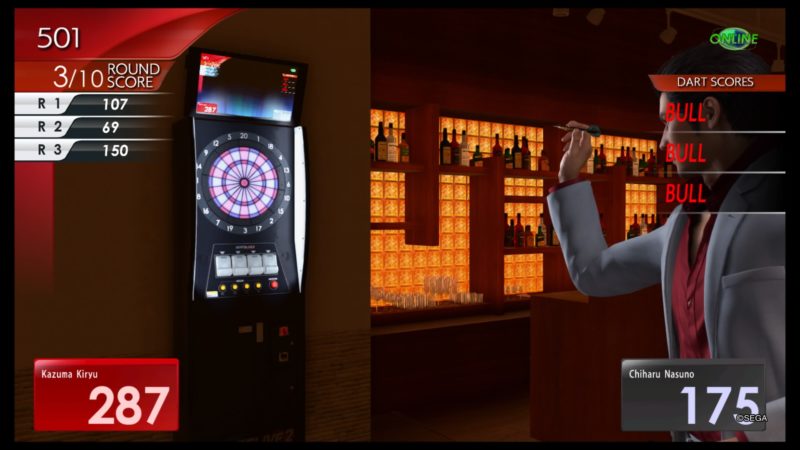 You can even play darts in Kiwami 2. It’s located in STIJL bar in the Sotenbori map.

There are three difficulties to it, i.e. easy, medium and hard. As you beat the harder levels, you will gain access to better darts.

It works the same way as how darts do in real life. You also have different modes to compete in. 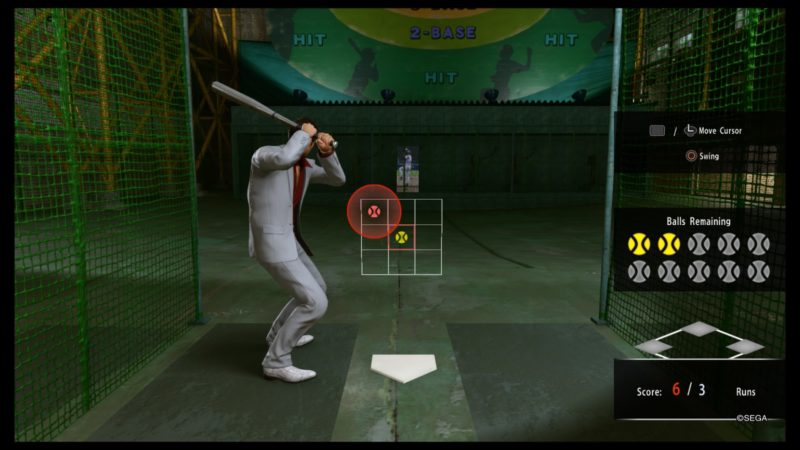 There are also batting cages where you can play baseball. It works by hitting the ball to get certain points and your aim is the home run.

You can get items by winning challenges at the batting cage. There’s also a side quest there where you compete with a professional. 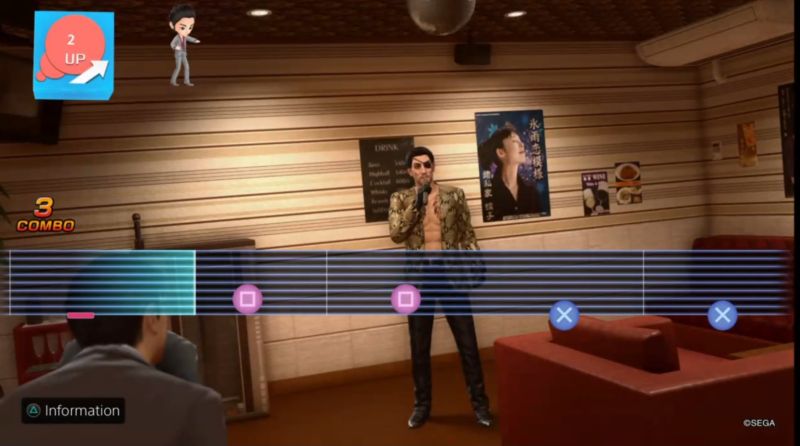 You can also check out the karaoke. It works like a Guitar Hero or O2Jam kind of game where you have to press the correct buttons as they fly by.

You can sing with your friends or even with some hostesses from Four Shine Club. 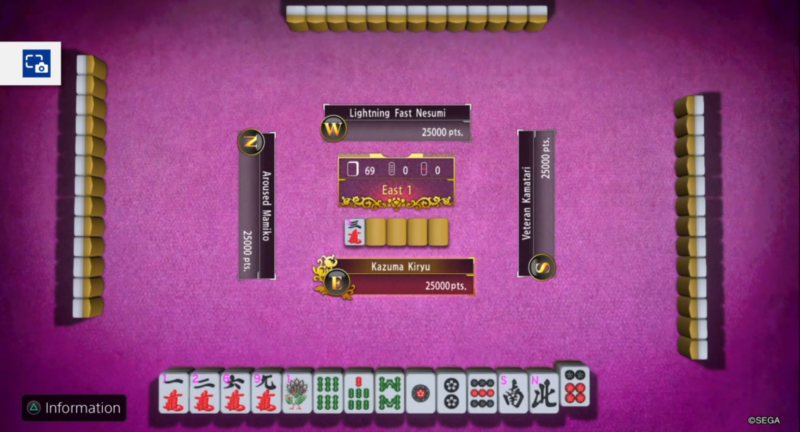 Mahjong will first be introduced as a side quest where you help some stranger defeat certain opponents in mahjong.

They will teach you the rules on how to play mahjong if you’re totally new to it. 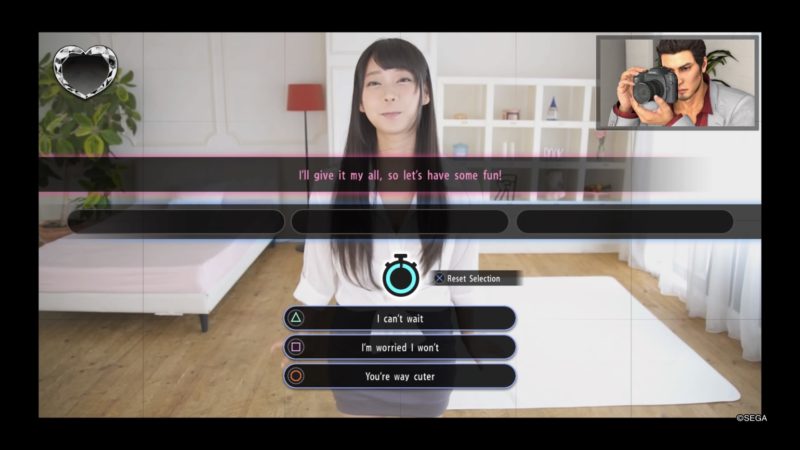 This one is the most pervy part of the game and you should be able to find the place yourself. I’ll leave this to you.

It’s somewhere near the Majima Construction. 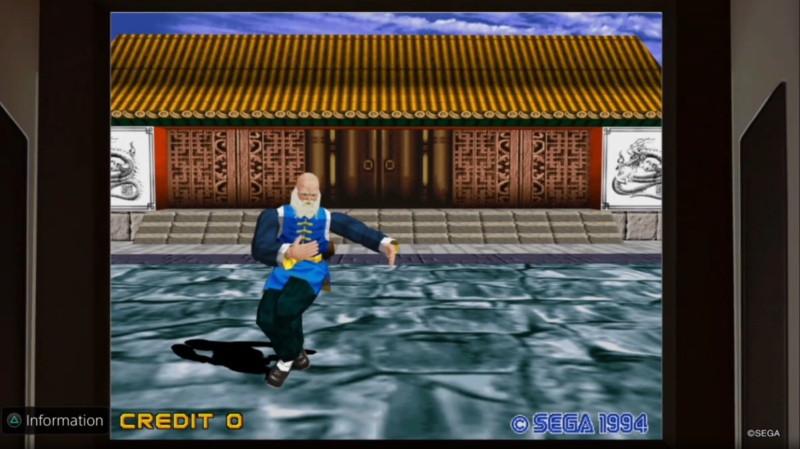 You can also check out the SEGA arcade where you can play Virtual Fighter or even Virtua-on.

Virtual Fighter is like Street Fighter whereas Virtua-on is like a Gundam or a mech game that you can play in the arcade.

Golf is available in the Sotenbori map at the Golf Club. Never tried it yet. 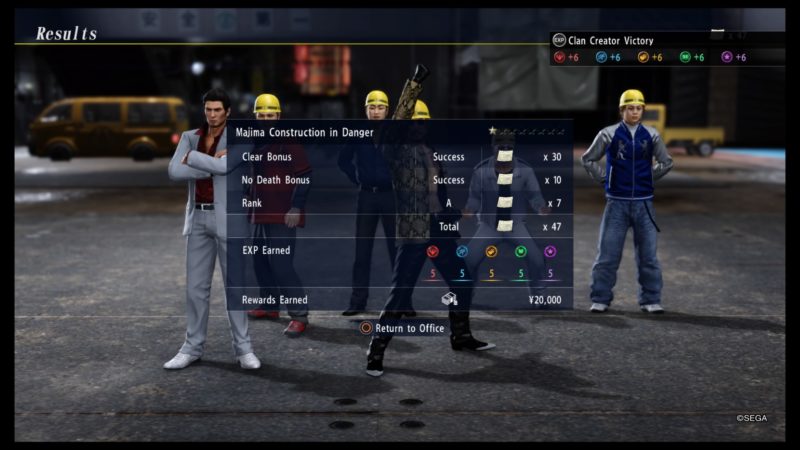 You will be introduced to Majima Construction much later in the game. It’s like a Tower Defense where you instruct Majima and other members to defend certain equipment from rivals.

Your role is to protect the equipment at all costs, and you will control them from a top-view perspective. 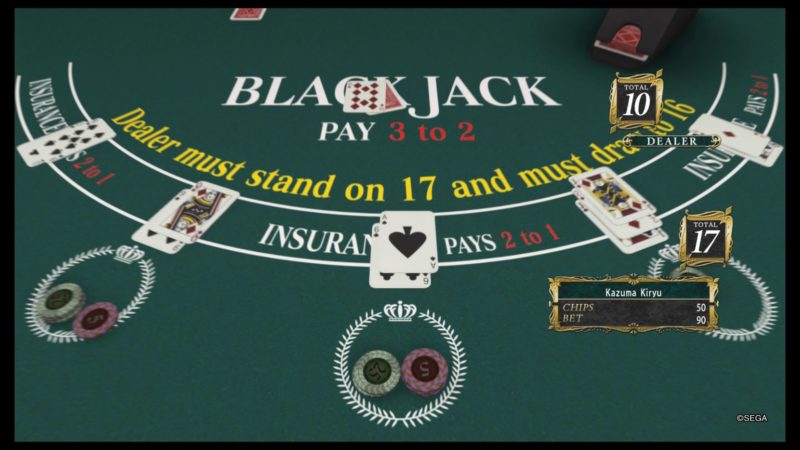 There are also casinos in each map (Kamurocho / Sotenbori) and you get to play blackjack, poker or other games.

You can use certain items like the Blackjack amulet, Bust amulet or even the Poker card to help you win more games. I think they work passively as long as you have them in your possession. 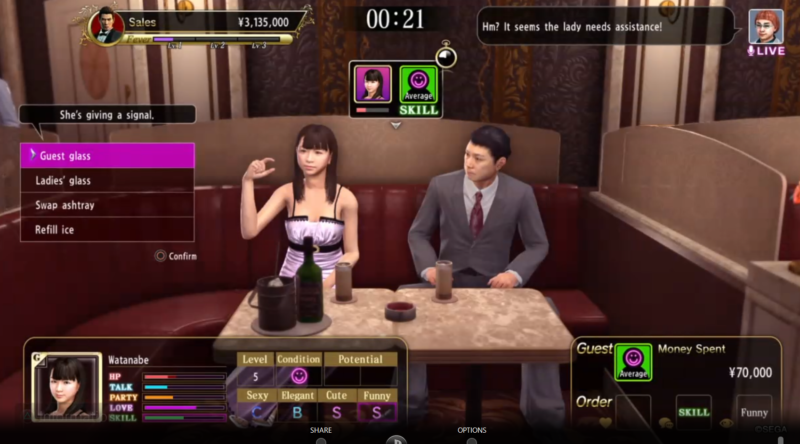 My favorite part of the game is the Hostess Club where you have to manage from Chapter 6.

You can recruit hostesses, go on dates with some of them, partner some local shops for publicity and most importantly, manage the club.

And of course, you will earn millions of yen later in the game.

As mentioned above, I’m totally new to the Yakuza franchise but I find Kiwami 2 quite a fun game to play as a newbie.

I expected something like a Japanese version of GTA but it’s not that accurate at all. Kiwami has a much smaller map to play in with less open world features, yet it isn’t lacking in things to do.

There are plenty of mini games, side quests and activities to do in this small town. While it does not have the open world concept as I imagined it to be, it thrives in its story.

Yakuza Kiwami 2 is more linear in nature, but the story keeps you excited. The cutscenes and animation are also longer than most games, so you’ll feel like you are playing an anime at times.

The fighting features are also pretty cool especially with the heat actions that keep it exciting. 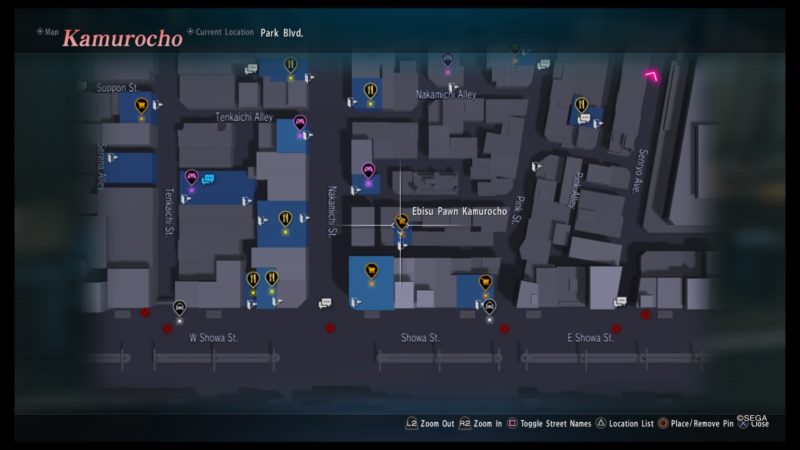 All in all, I wish the game had bigger maps and driving abilities (or even cycling), but it’s still a game I would recommend to anyone who likes games like GTA.

It’s probably not that popular globally yet but hopefully with Kiwami 2, it will be some day.

Best Mech Games Of All Time – 8 Top Picks For You

Best Metroidvania Games – 13 Cool Games That You Can Play