Weapons From The Void is a side quest where you can find science weapons in Outer Worlds.

Your task is to acquire science weapons from various locations including Groundbreaker and Rizzo’s.

Here’s a walkthrough of Weapons From The Void in The Outer Worlds. 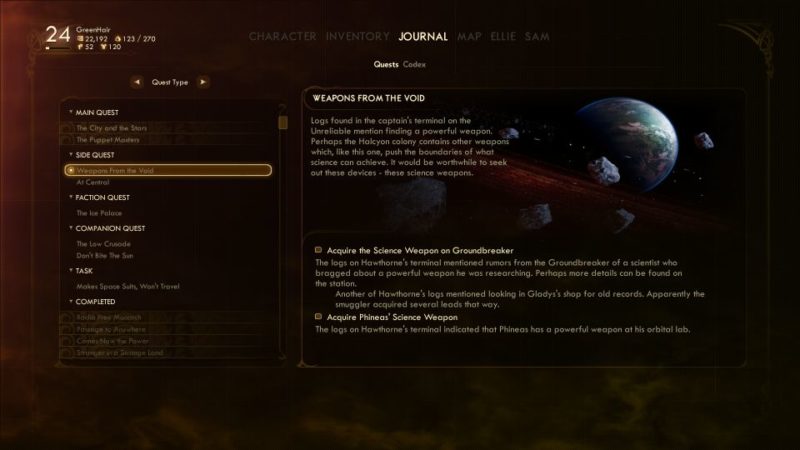 How to get clues on science weapons

To get the exact locations of science weapons, you need to find clues first.

You can buy clues from Gladys of Rest N Go in Groundbreaker.

Look under the ‘quest’ section in her store. You will find some quest items like the datapad. Buy all of them. 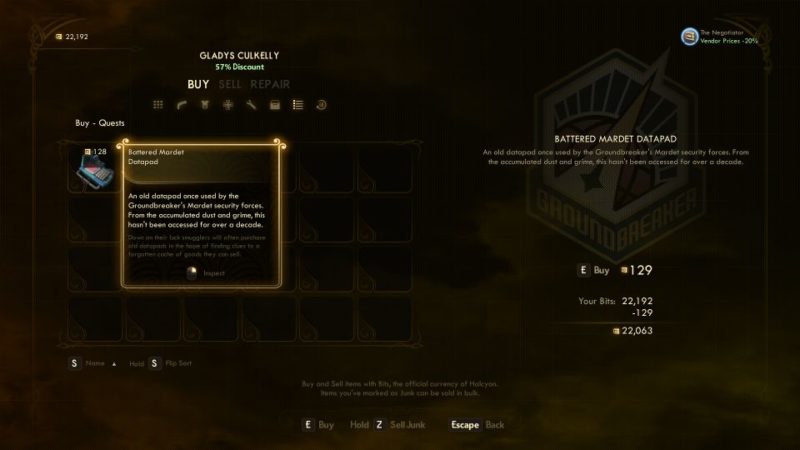 Another place to find clues is from a guy named Duncan in Fallbrook. His location is shown in the map below, marked by the green objective. 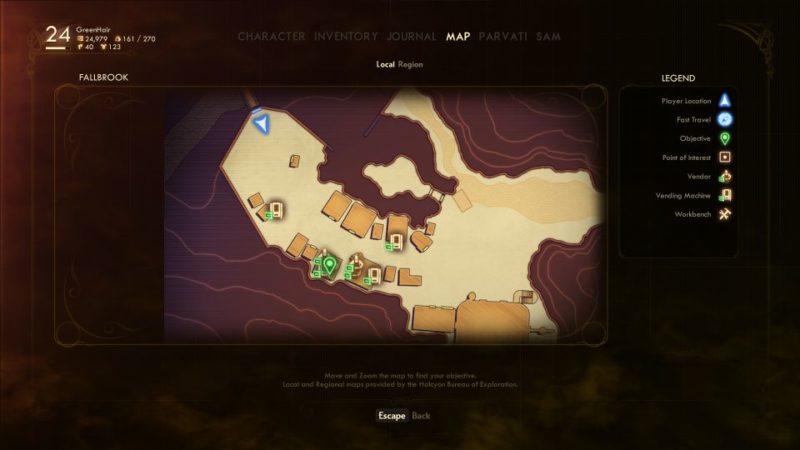 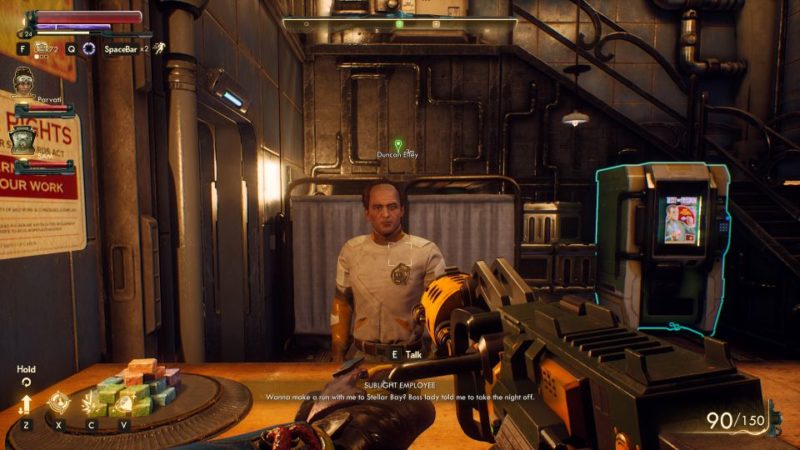 Similarly, go to the ‘quest’ section of his store and buy the clues. 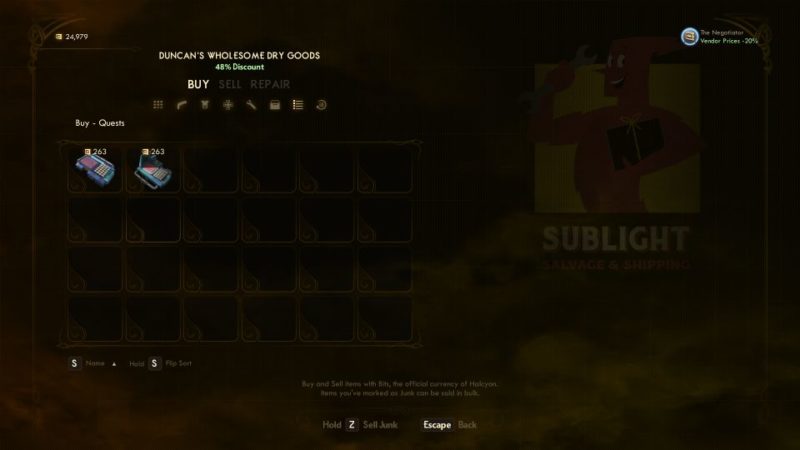 How to read certain clues

For one of the clues, you need to go to the captain’s terminal on your ship. 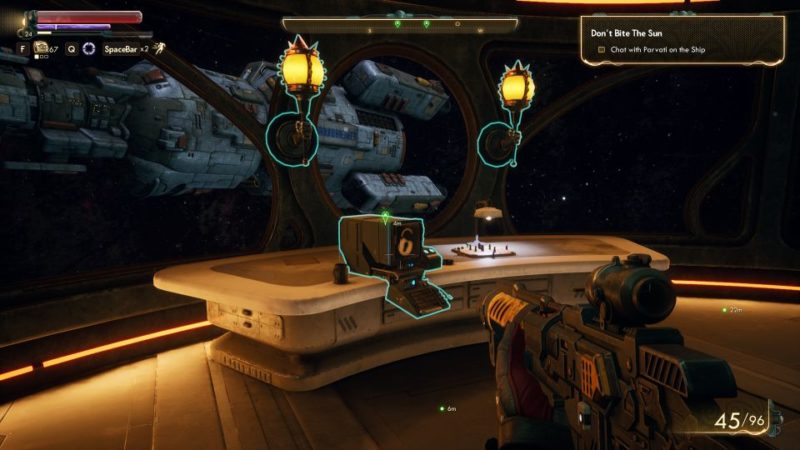 You’ll need to use it to search the cartridge for ‘weapon’. This part is only needed for 1 or 2 clues. 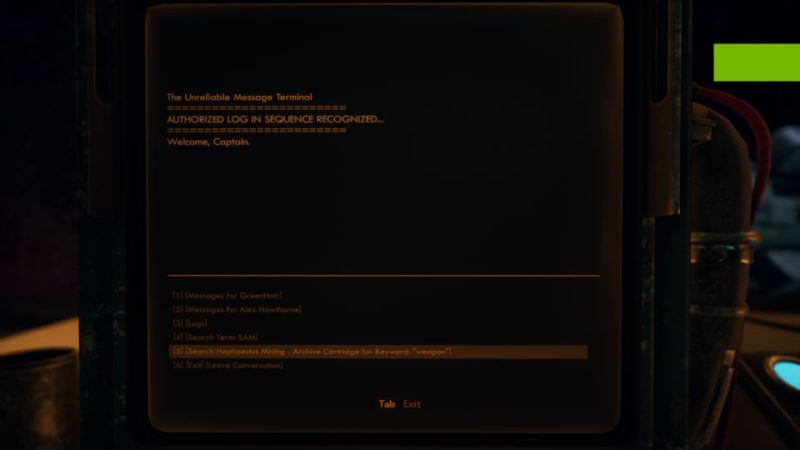 How to find the science weapon at Phineas’ Lab

The first science weapon is easy to get. It’s in Phineas’ Lab.

Just travel there on your ship and head to where Phineas is standing. The Shrink Ray is just beside on the table. 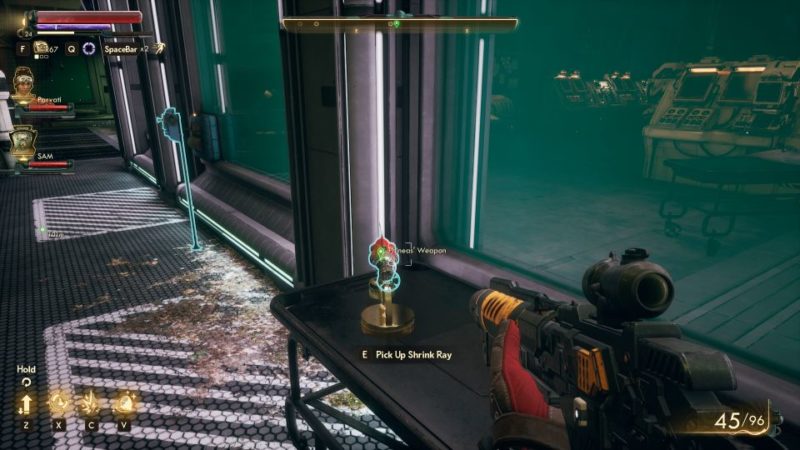 How to find science weapon in Scylla

There’s another weapon on Scylla. Just head to the Scylla landing pad. 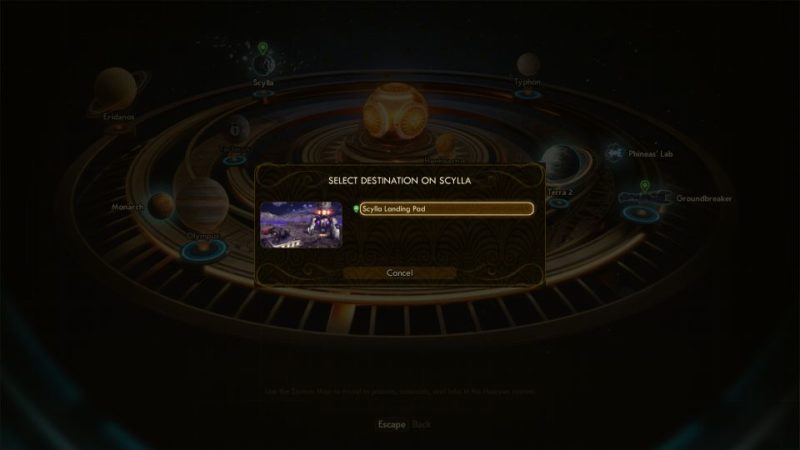 You can fast travel to the abandoned mining outpost. The location of the weapon is just nearby as shown in the map. 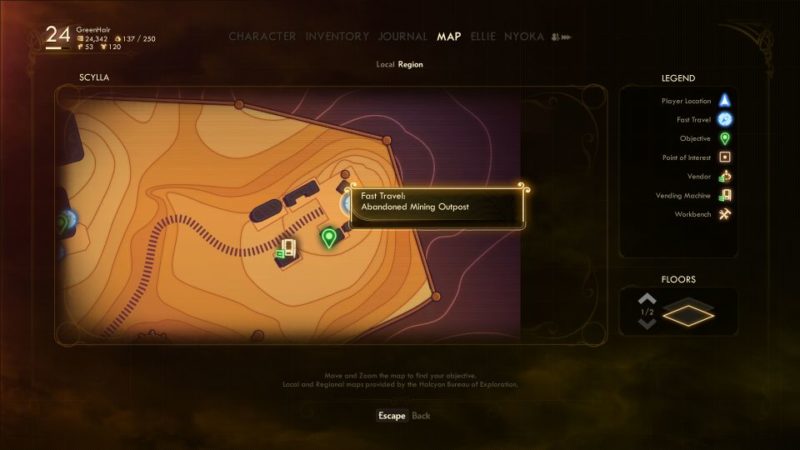 Head inside the building. 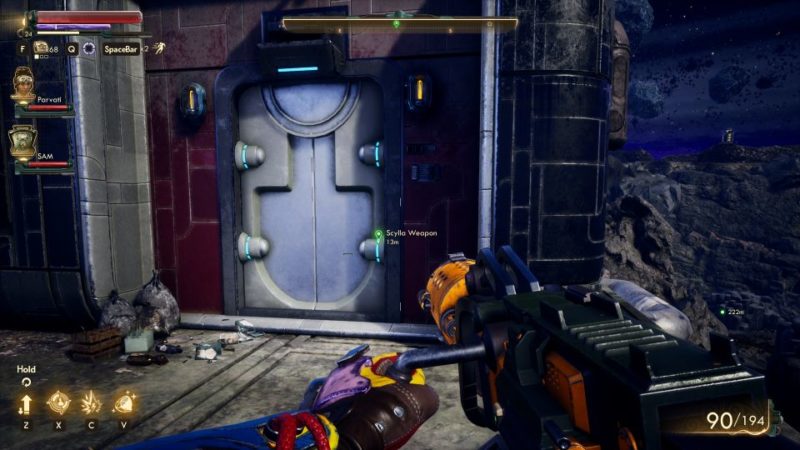 You’ll find the Mandibular Rearranger weapon inside the safe. 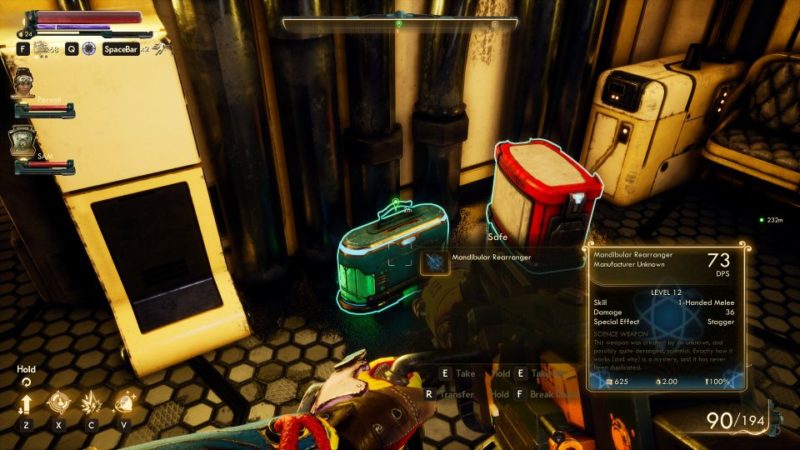 How to find the science weapon on Groundbreaker

The next weapon is in Groundbreaker itself. This one’s more confusing.

The location is also provided in the map as shown below. 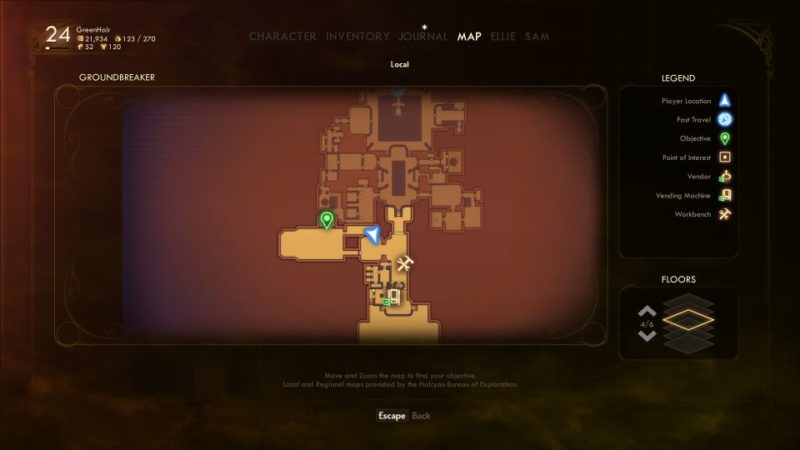 To reach the weapon, you’ll need to go near the customs area of Groundbreaker. You’ll notice that the door heading to the weapon is barred.

Look for the worker’s quarters which is located near the door.

From the quarters, jump onto the left platform above the beds. 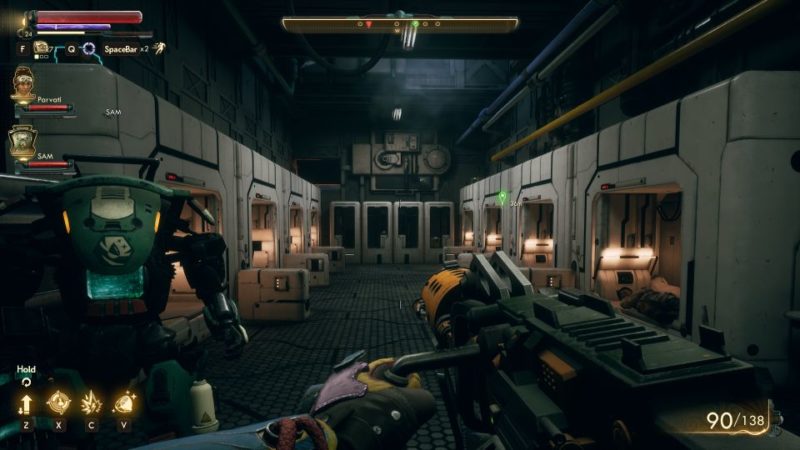 From the platform above the beds, you can go all the way to the end and you’ll see a small pathway. 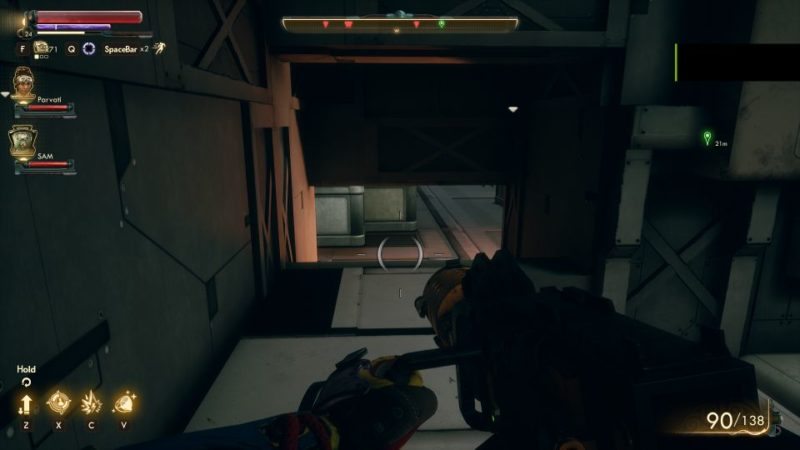 Jump out and you’ll see some outlaws. Take them out first. 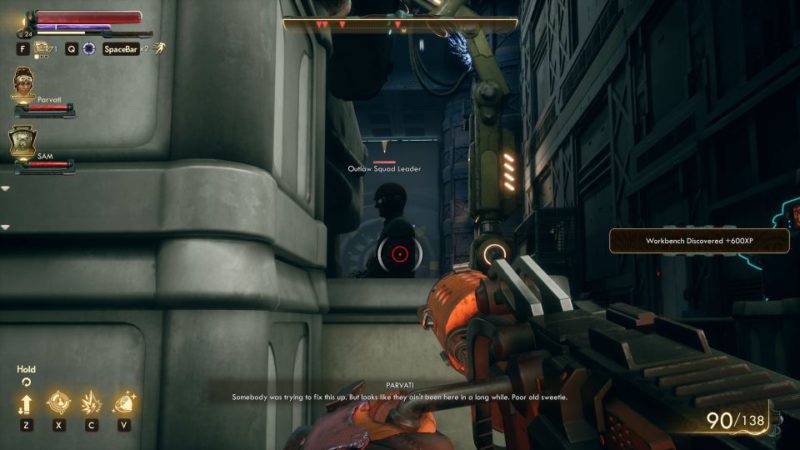 Get the repair hangar keycard from one of the guys and open the door. 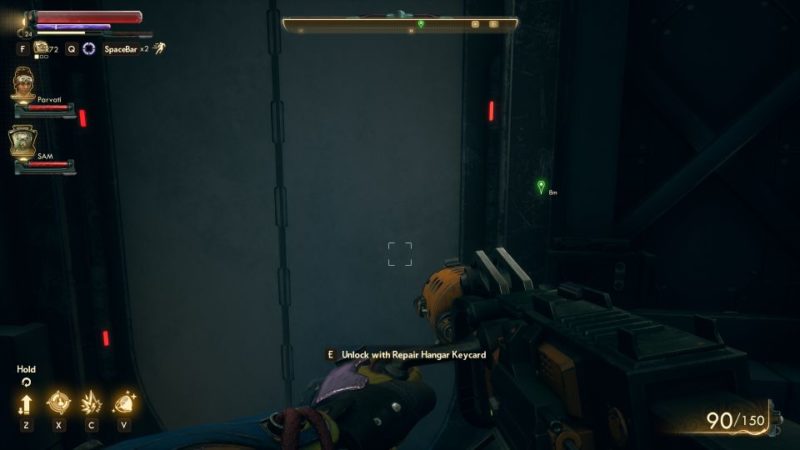 The science weapon Prismatic Hammer is inside. 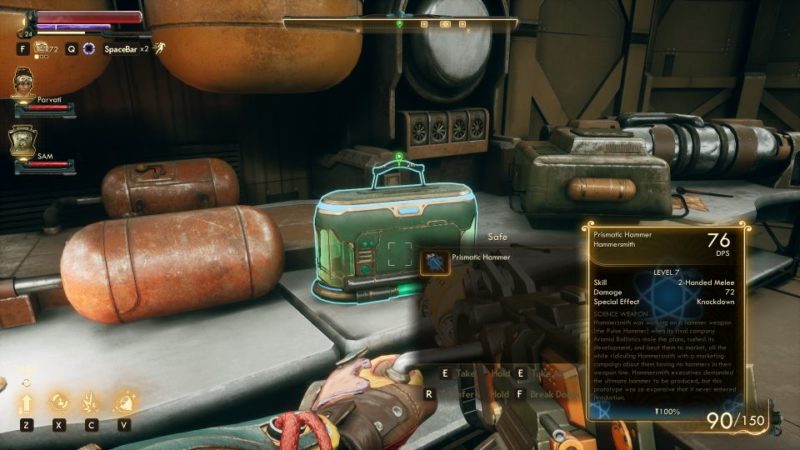 How to get the science weapon at UDL Lab

The fourth weapon is at the UDL Lab on Monarch. The location is shown below. 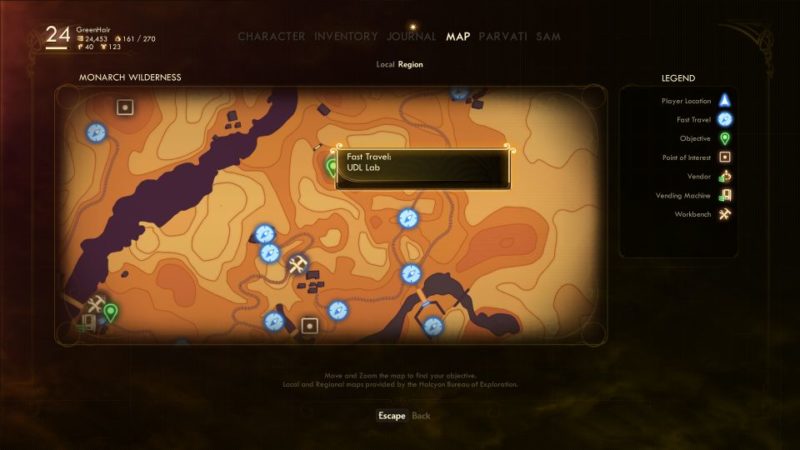 Go inside and look for the weapon inside the casing. To unlock the casing, use the terminal. 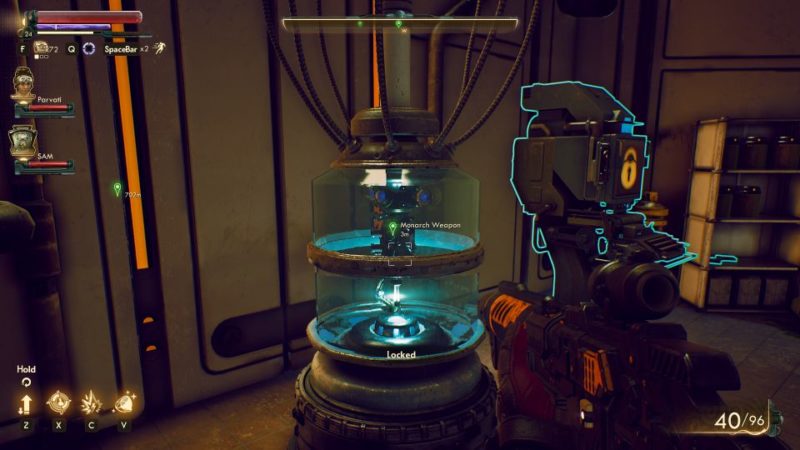 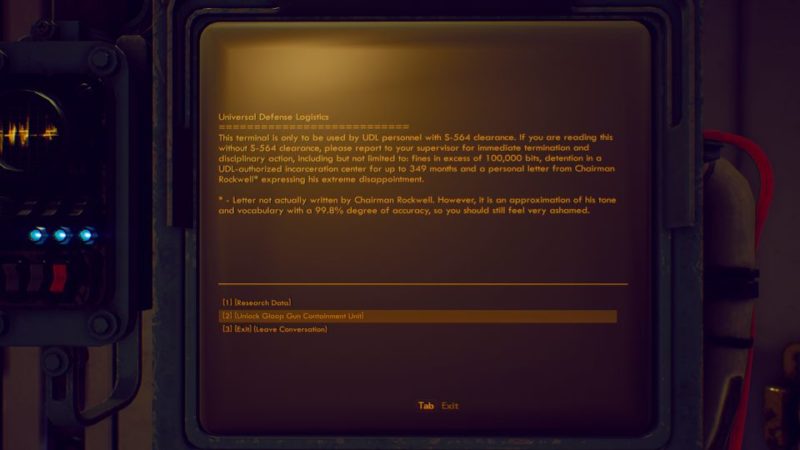 Here, you can hack if you have enough points, or use the longer way.

Choose the terrible answers that are obviously in favor of the Chairman.

The casing should be unlocked and you can get the gun.

How to get the science weapon from Rizzo’s

Lastly, you need to get the weapon from the abandoned science lab inside Rizzo’s.

It’s located in Cascadia of Monarch as shown in the map below. 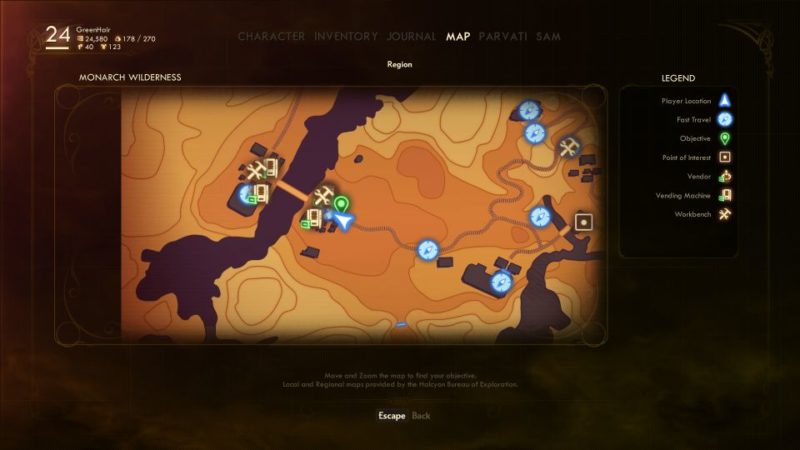 Enter Rizzo’s and use the elevator on the ground floor to reach the abandoned lab. 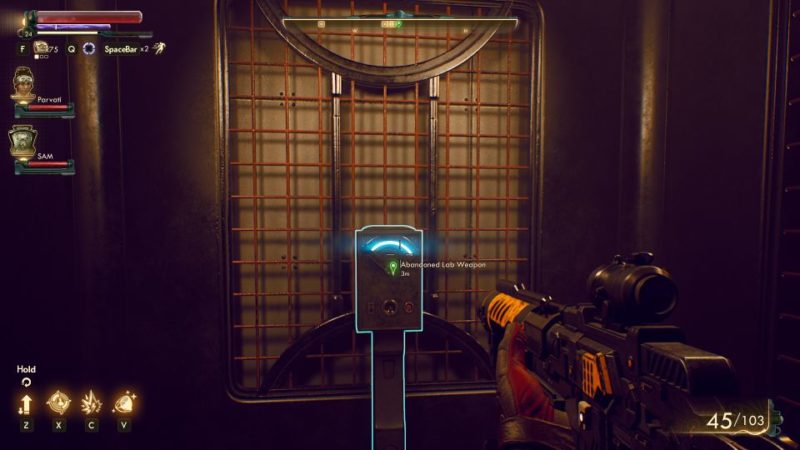 The location of the weapon is actually near where you leave the building (after stealing Alta-Vitae gas for SubLight).

The relevant quest you may need to refer to is Space-Crime Continuum. Beside the emergency elevator that heads out of the abandoned lab (after the alta-vitae gas terminal), there’s another pathway. You’ll need to jump to the next platform or you’ll fall to your death. 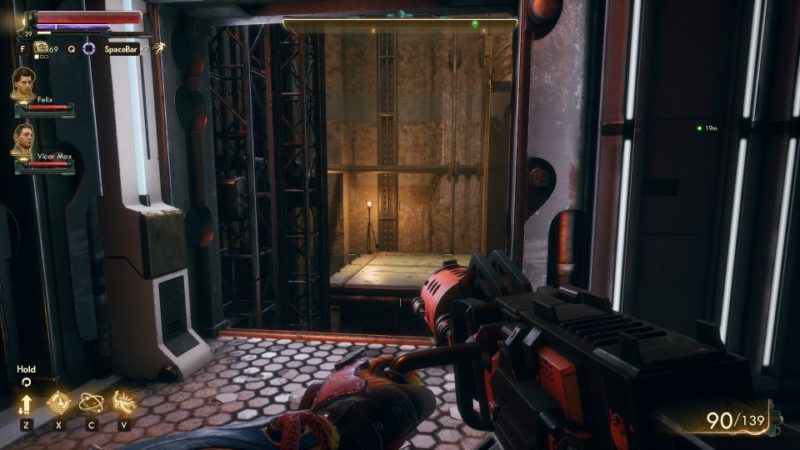 Your aim is to take the ladder all the way up. 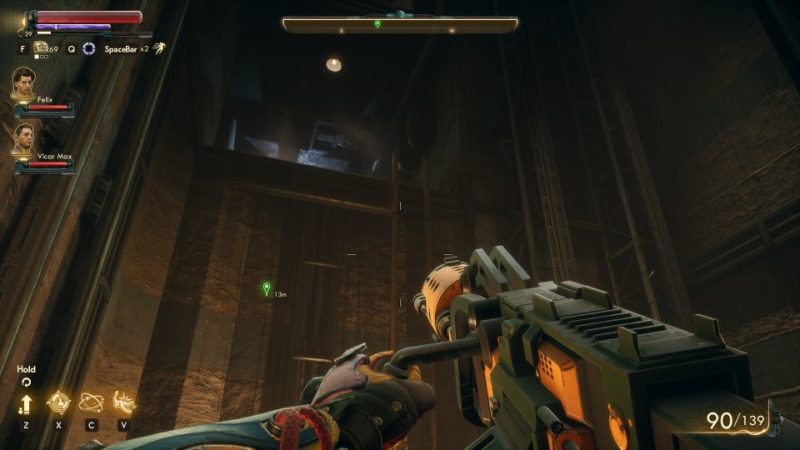 At the top, you’ll find a dead body and a safe. The Mind Control Ray gun is in the safe. 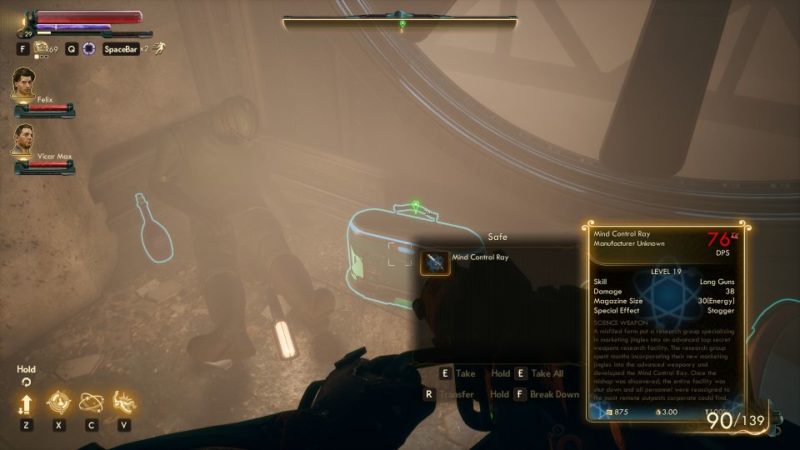 And that’s how you find all science weapons in Outer Worlds.

All Halcyon In A Day: The Outer Worlds Walkthrough

How To Unlock All Companions In The Outer Worlds

Should You Steal In The Outer Worlds?

Friendship’s Due: The Outer Worlds Walkthrough