The Underworld’s Fallen Guardians is a main quest in the DLC Torment of Hades in Assassin’s Creed Odyssey.

Your task is to defeat and recruit 4 Fallen guardians, to replace the Cerberos that you killed.

Here’s a walkthrough of The Underworld’s Fallen Guardians in AC Odyssey.

How to find and defeat Perseus

The first Fallen you have to find is Perseus the Gorgon Slayer. His exact location is shown in the map below, marked by the symbol.

He’s at the border of The Scorched Lands. 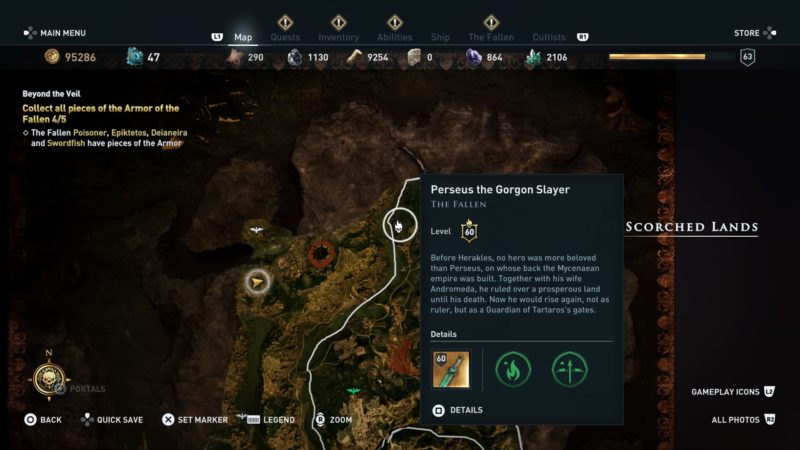 Perseus is inside the Ancient Temenos. 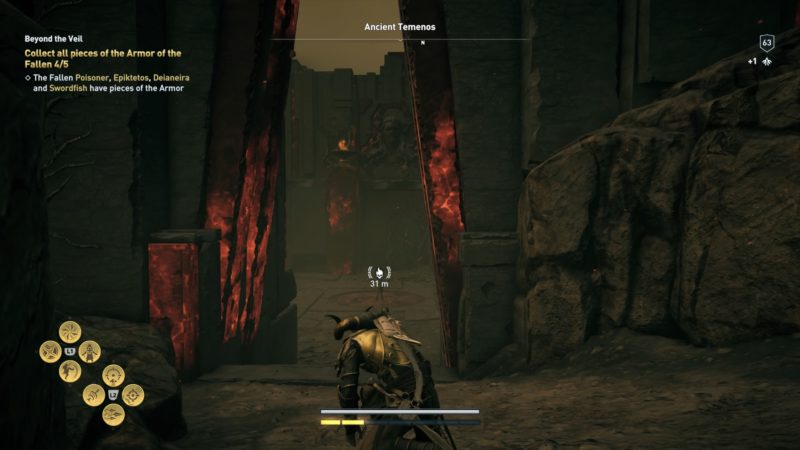 Walk inside and you’ll find him right at the middle. 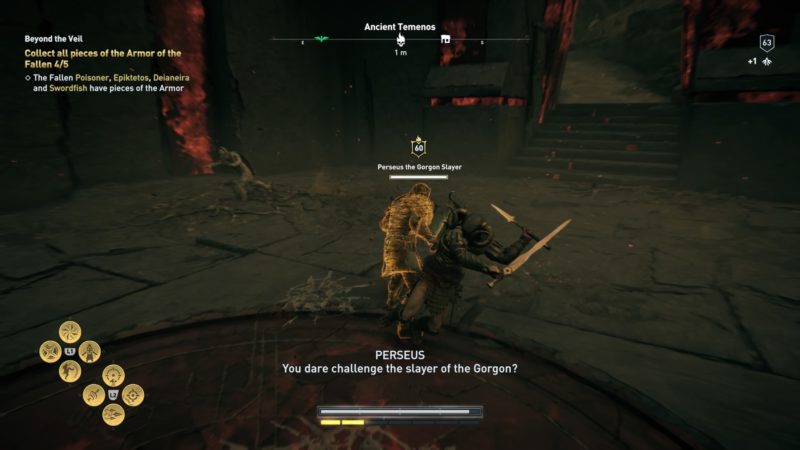 Perseus uses moves similar to Hermes that you fought in Elysium in the first episode.

It’s pretty much teleportation and laser beams from the sky. 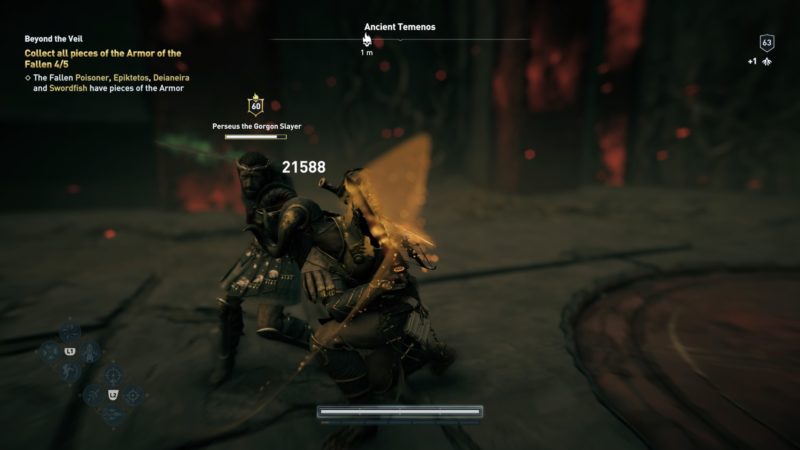 Just avoid them and you’ll be fine. Use skills like Overpower to reduce his HP quickly. 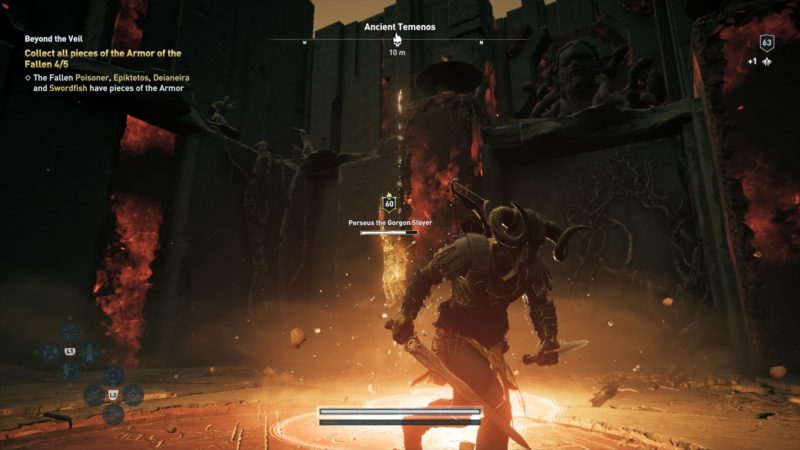 After defeating Perseus, you’ll get a Cursed Gorgoneion sword among other things. 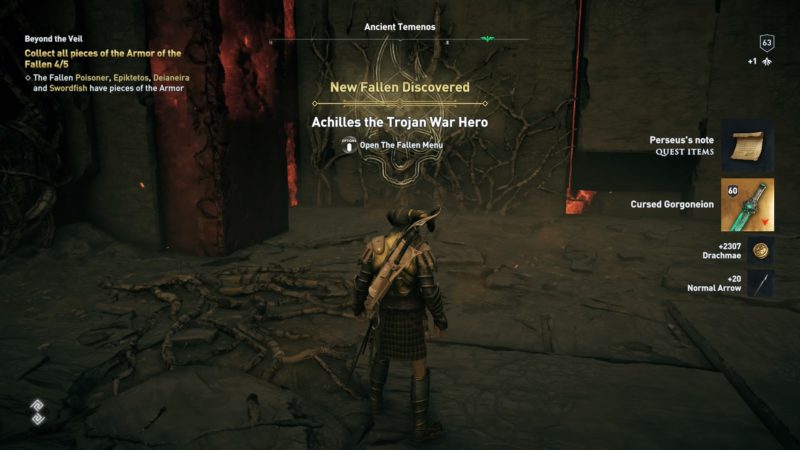 How to find and defeat Herakles

The location of Herakles was actually given in another side quest by Hades. He is at the Chasm of Torment, at the exact location shown in the map below. 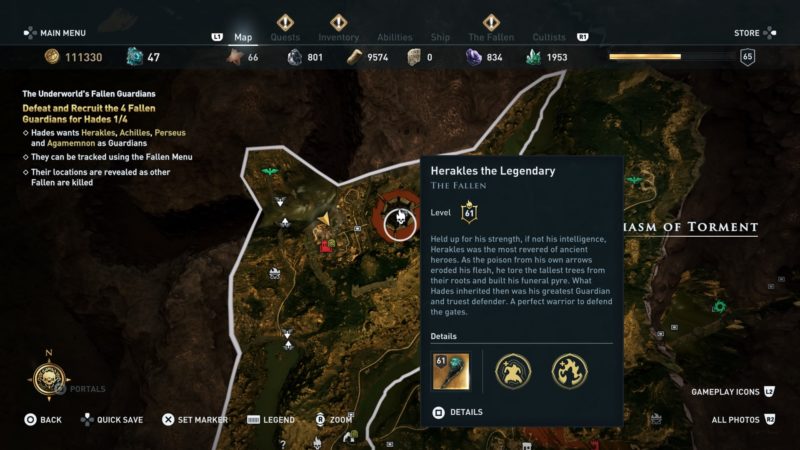 You will see another Veil entrance here with some soldiers turned into stone. This place (Tartaros) is also filled with guards, but you can ignore them. 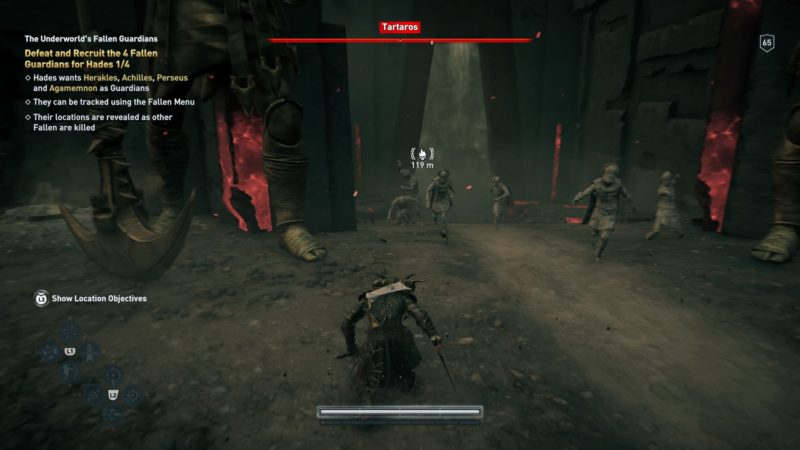 Once you’re in, keep going until you reach this open space. Herakles is standing at the middle. 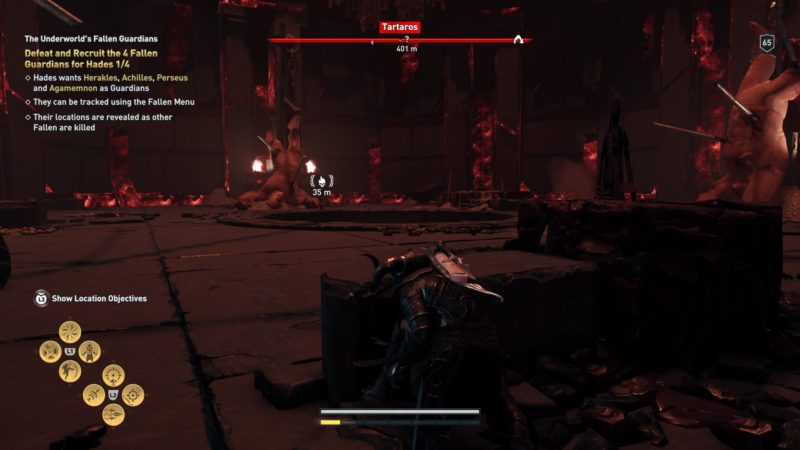 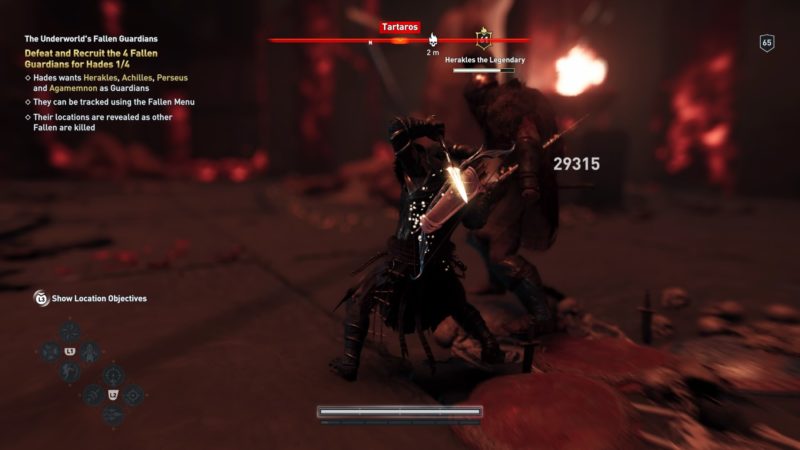 Herakles tends to use the jumping and stomping attack, that affects a small area around it. You can dodge it. 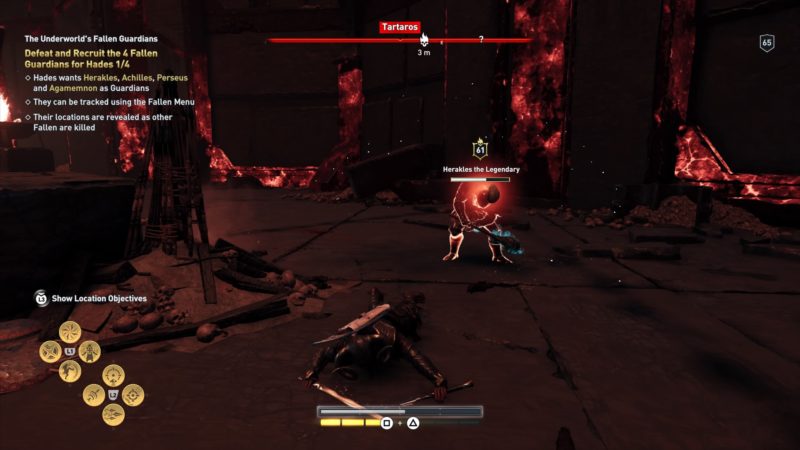 After defeating him, you’ll get a Cursed Mace of Herakles and a new engraving. 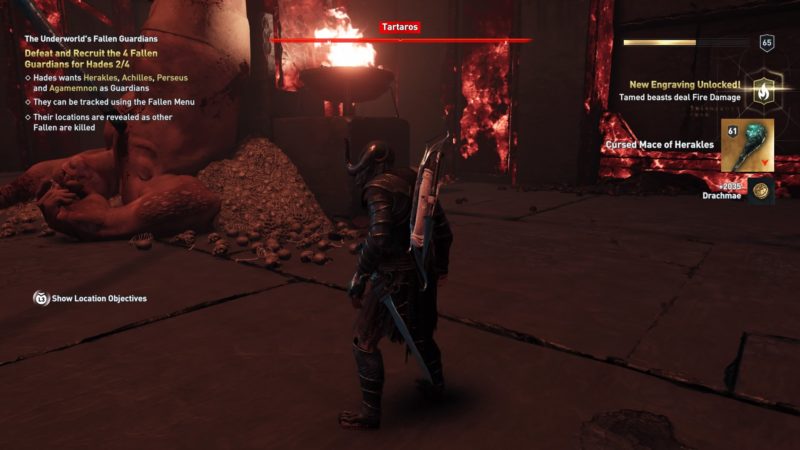 How to find and defeat Achilles

Achilles is located at the eastern-most area of Mourning Fields. His exact location is shown in the map below. 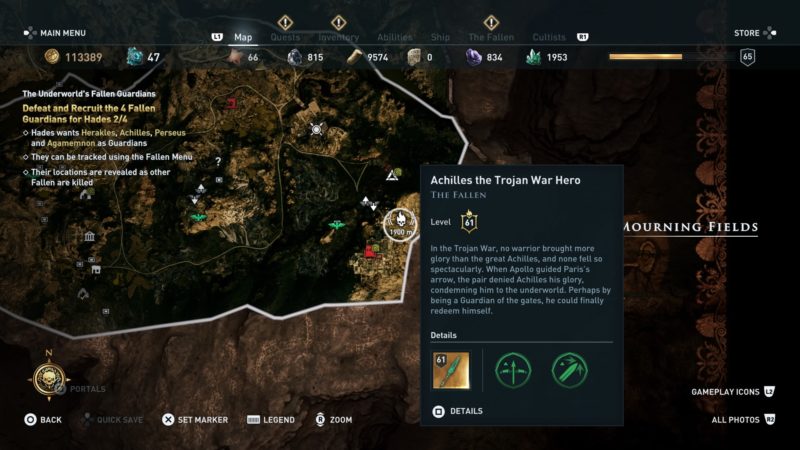 The place is called Hall of Maniai. To enter, you need to have the full set of the Armor of the Fallen too. All of the Fallen are hidden inside these Veils. 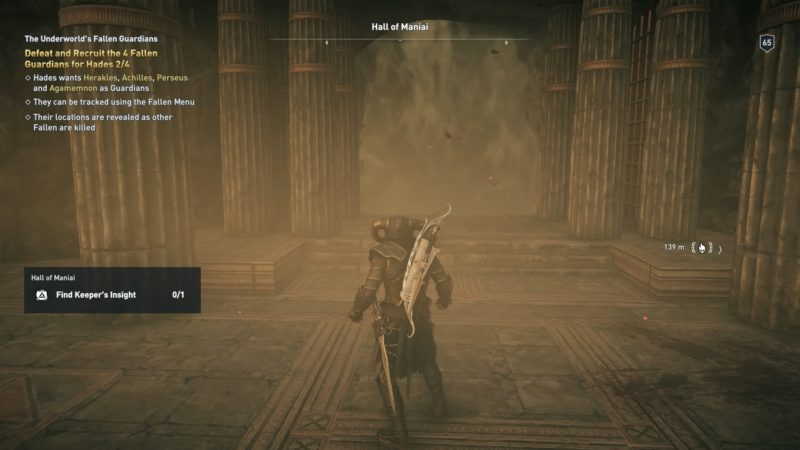 Walk for a bit and you’ll see Achilles inside. Achilles uses a spear and his moves are quite fast.

You can use arrows to lower his health as he doesn’t have a long range move. 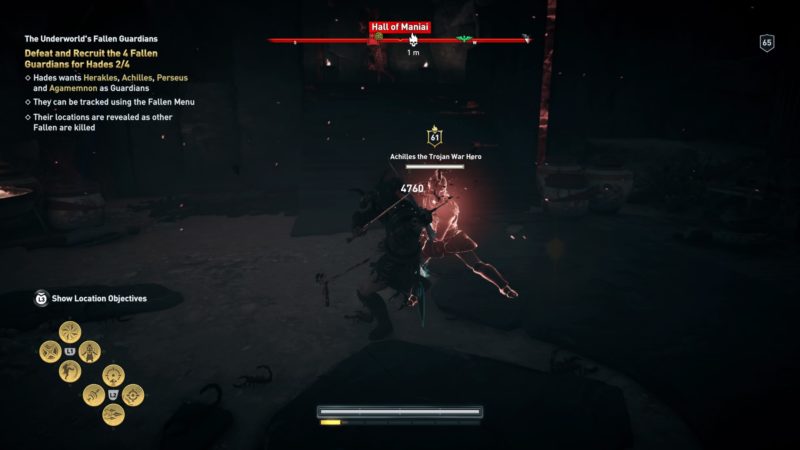 Similarly, use skills like Overpower to defeat him fast. 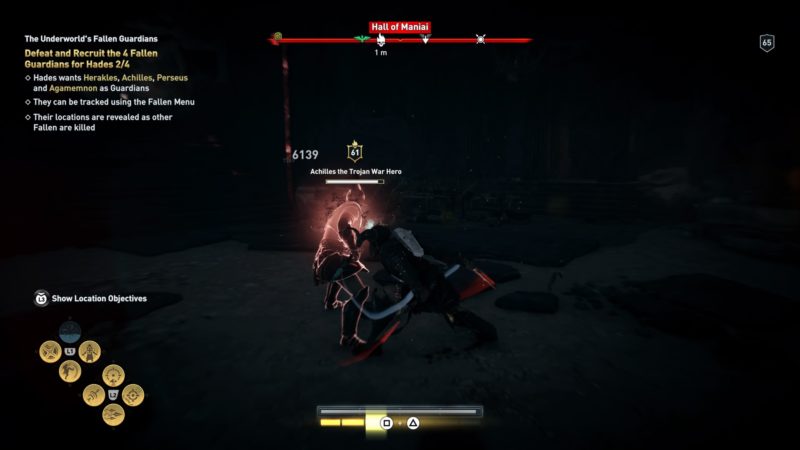 Once he’s dead, you’ll get a Cursed Spear of Achilles and a new engraving. 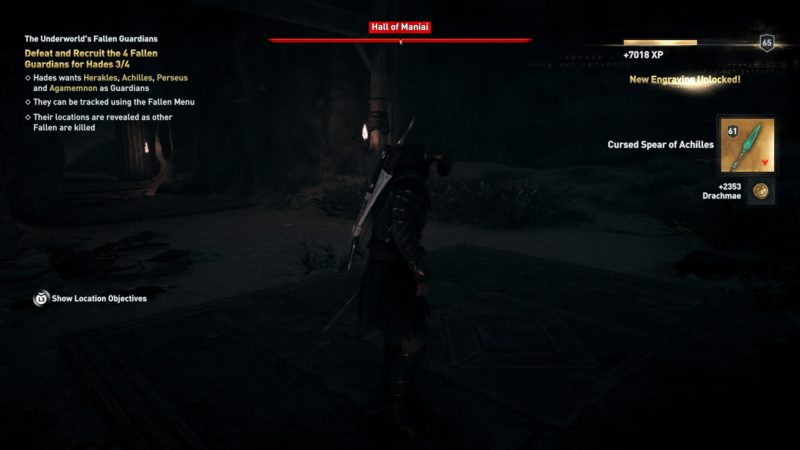 There’s also a Keeper’s Insight in this place. 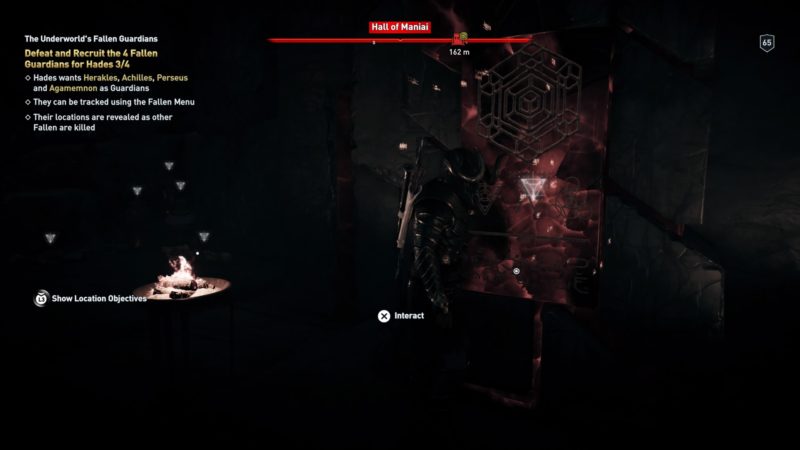 How to find and defeat Agamemnon

Lastly, you’ll have to take on Agamemnon. His exact location is shown in the map below, at the Chasm of Torment. 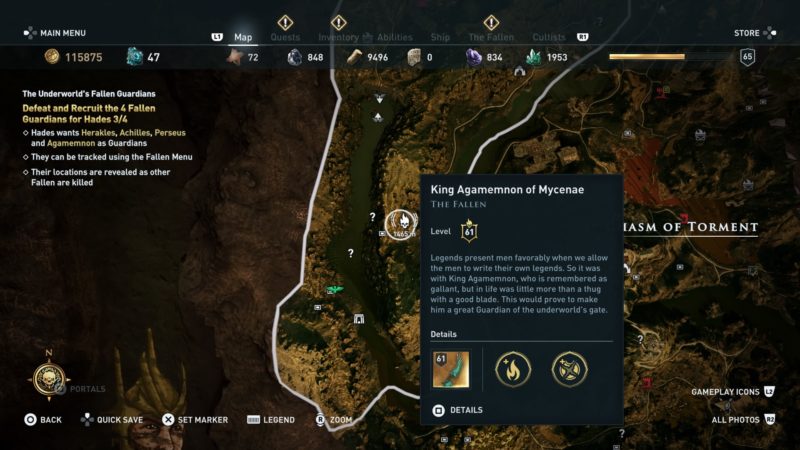 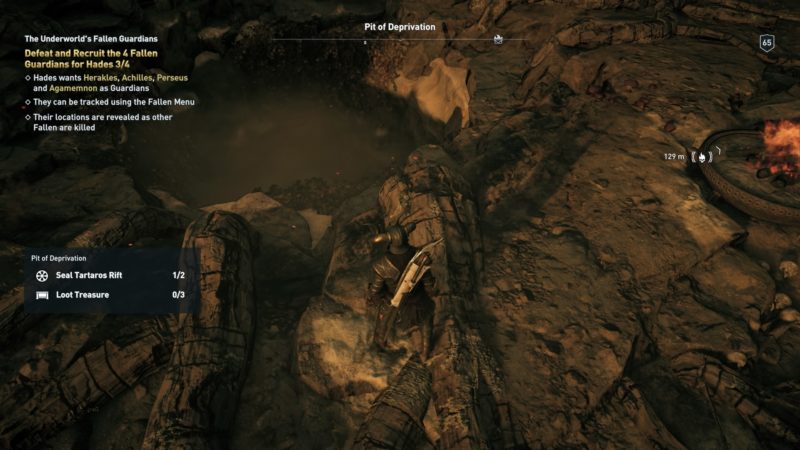 Keep going until you see the Veil. Enter the Veil and defeat him. 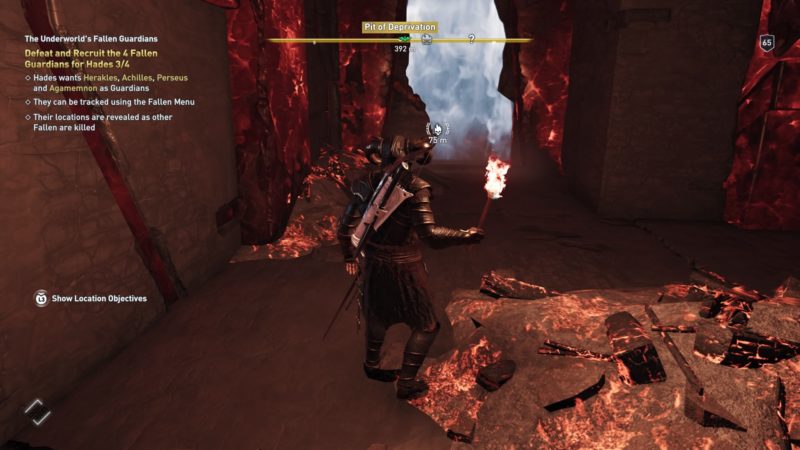 If he’s not looking, try to do a sneak attack to lower his health by quite a margin. 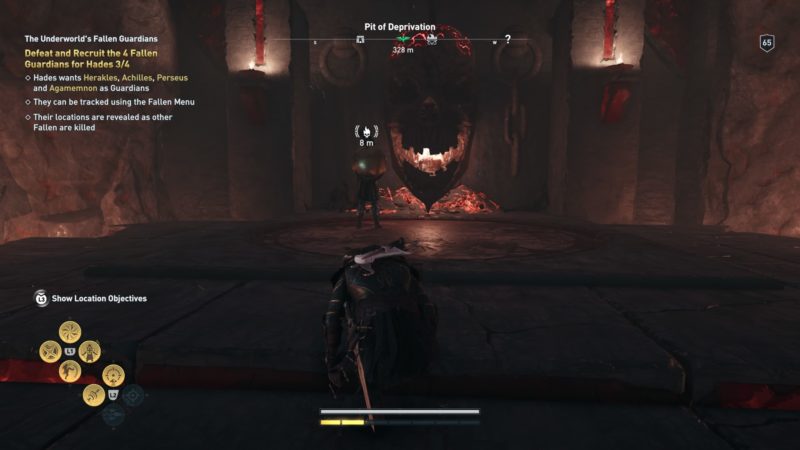 Agamemnon uses a sword and typical sword skills. The only fatal part is that his sword is always on flames, and you’ll be burned if you get hit.

To get rid of the flames, just roll once. 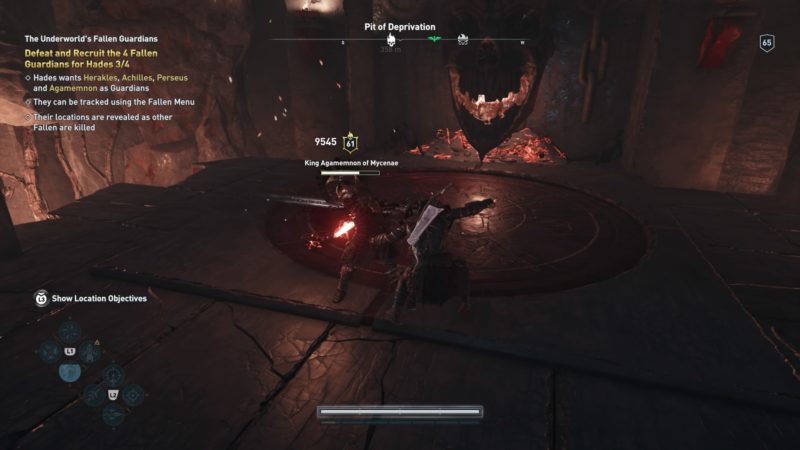 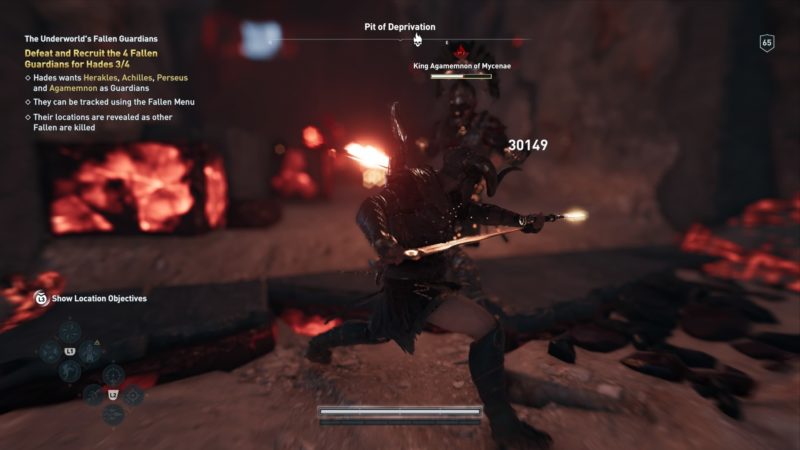 After defeating Agamemnon, you’ll get a Cursed Bow of Hades among other items. 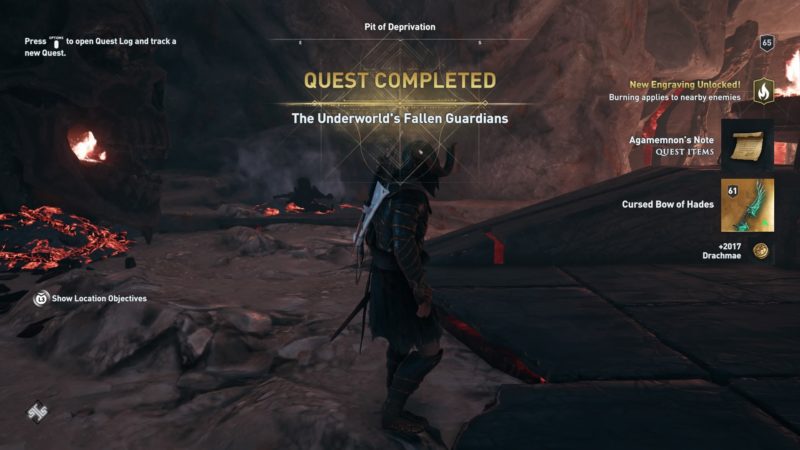 And that’s it for all the four Fallen heroes.