Stranger Things season 3 started screening on Netflix about 2 to 3 days ago and it continues to be one of the best Netflix series.

Season 3 had eight episodes similar to the 1st (while the 2nd season had 9 episodes).

At the end of episode 8 of Stranger Things season 3, stick around to watch the post-credits scene!

So who was the American in the post-credits scene? Was it someone we knew?

Note: do not read further if you haven’t watched the season yet. 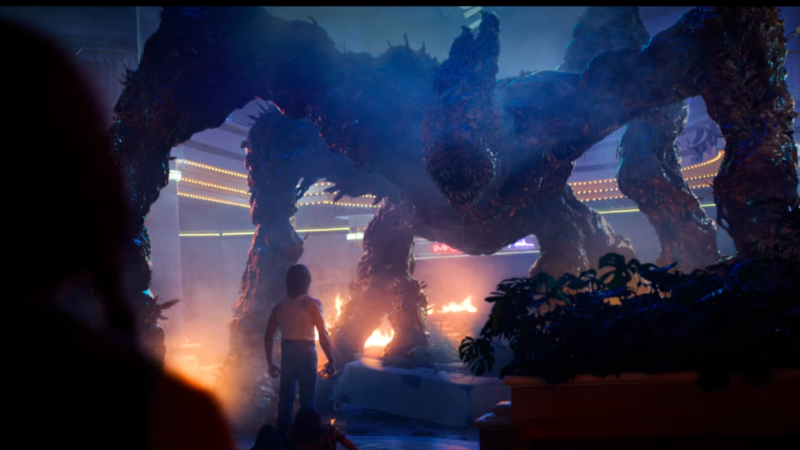 What happened after the post-credits?

If you had watched the post-credits scene, you would be taken to Kamchatka, Russia this time.

There’s somewhat a military base in Kamchatka where you’ll see two Russian guards coming over to some prison cells.

They were going to grab one prisoner and the most interesting part of their dialog was that they said “No. Not the American.”.

The soldiers opened another cell and grabbed a Russian prisoner instead.

He was clearly resisting but they dragged him all the way down an incredible amount of stairs where the bottom wasn’t even visible.

The Russian was thrown into a cage and they opened another door. Unsurprisingly, some creature appeared and it was actually a Demogorgon.

Demogorgons first appeared in season 1 of Stranger Things and it’s making an appearance yet again, even though they were supposedly dead in Hawkins after Eleven closed the portal.

The whole scene ended with the Demogorgon (impliedly) killing the Russian.

Who was the American?

The most interesting part of the post-credits was actually the fact that they mentioned an American. Was it some random American that they were just teasing us with?

This brought our attention (and many others’) to the possibility that Hopper is somehow still alive in a prison cell in Kamchatka, Russia. 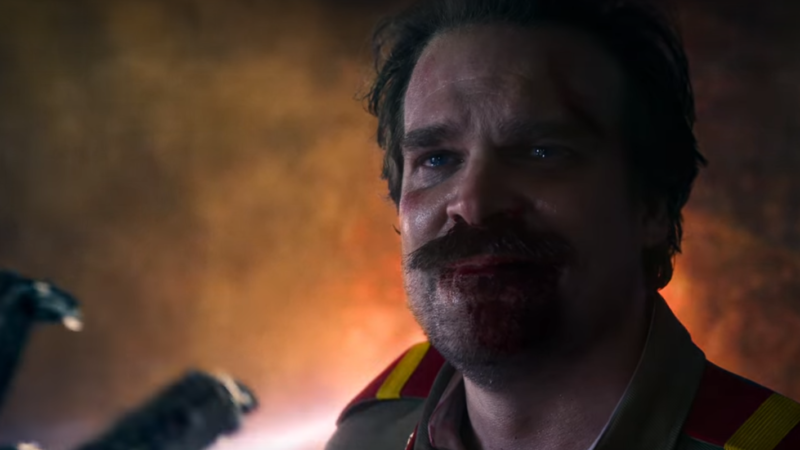 During the ending of episode 8, Hopper supposedly died as the machine exploded with electric beams killing all who were in the room. After all, he was the closest to the machine and the other Russian staff got blown to bits.

That said, Hopper’s body was nowhere to be seen, and we were probably supposed to assume that he may have disintegrated from the blast.

So could he have survived the blast? Some theories are saying that he may have somehow escaped to the Upside Down before it closed and before the blast occurred.

And for some reason, the Russians caught Hopper roaming around in the Upside Down. That explains why they had a Demogorgon in their cage in the first place. The Russians also had the technology to open the wall to the Upside Down, so they probably have even better tech back in their homeland.

Another alternative is that the Russians got to him before the blast and managed to escape through a hidden exit.

If either is true, Hopper is still alive and he’s being kept in a Russian facility, which makes it improbable to find him. Also, Eleven needs to regain her powers before she can accidentally discover that Hopper’s still around.

If they’re going to bring him back in season 4 of Stranger Things, then that’s a plausible way to go with it. Hopper will probably be discovered to be alive thanks to Eleven getting her powers back.

In any case, this is all theory for now. Let’s just wait until season 4 comes out to confirm our deductions.