This walkthrough is still part of the introduction to Star Wars: Jedi Fallen Order.

After the scrapyard part of the game, you will have to escape the train and jump to Cere’s ship.

Here’s a walkthrough of the train part in SW: Jedi Fallen Order.

Right after the cutscene, you will be introduced to combat. Take out the stormtroopers with your lightsaber. 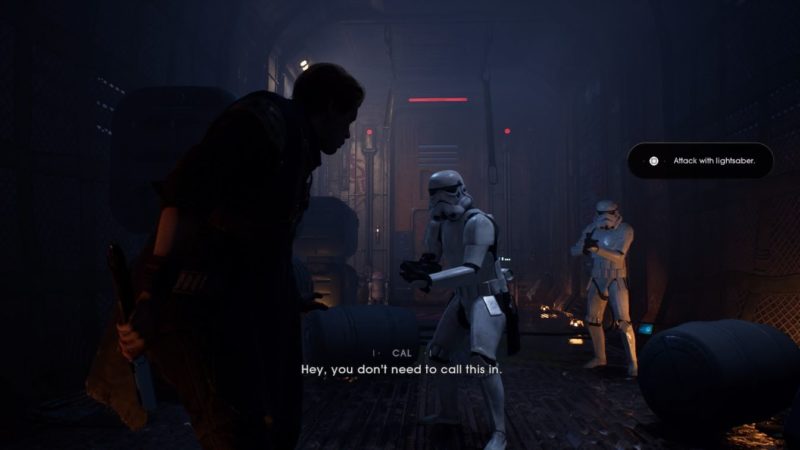 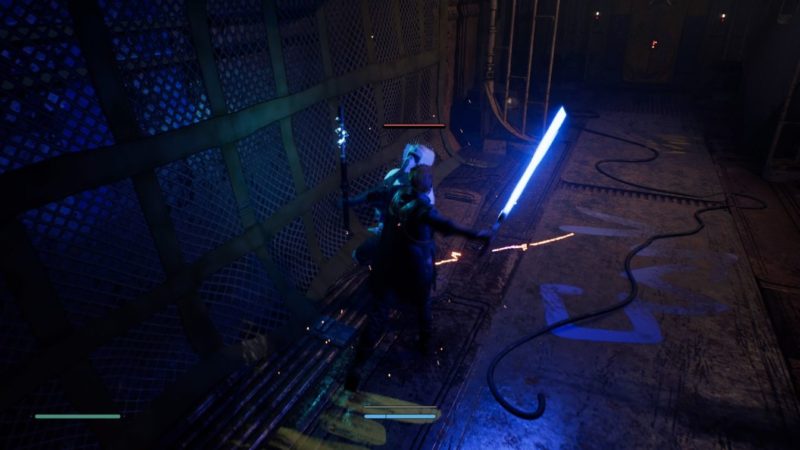 At one point, you’ll reach the moving fan. Stormtroopers will keep coming down. Take them out as they appear.

Once they stop coming in, stop the fan using the force and immediately jump on it to climb up. You’ll reach the top of the train. 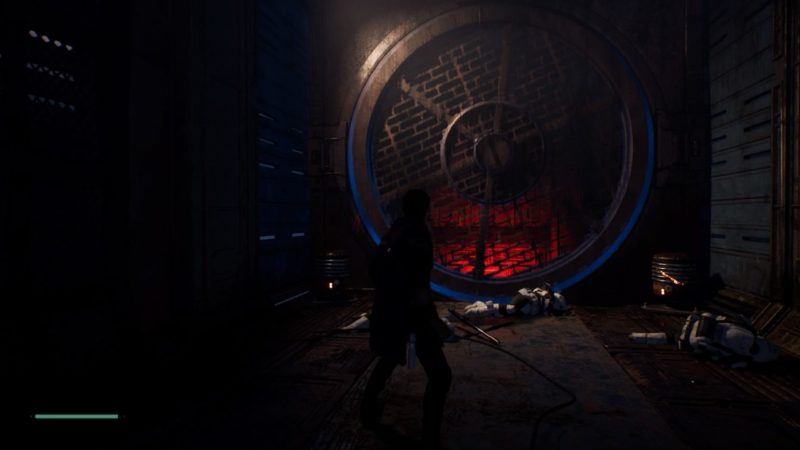 You will be moving in and out of the train as you attempt to reach the front.

At one point, you need to open the door using the terminal. You can slice the blocking cables using your light saber. 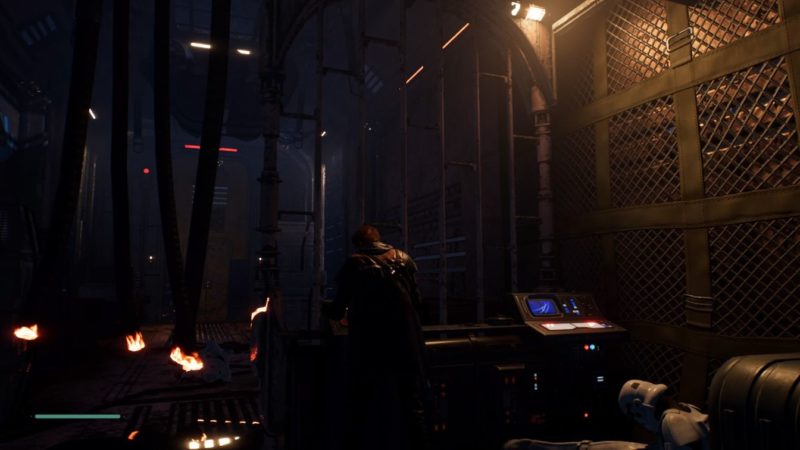 Continue finding your way to the front

After opening the door at the side, climb out and continue going sideways to reach the front. 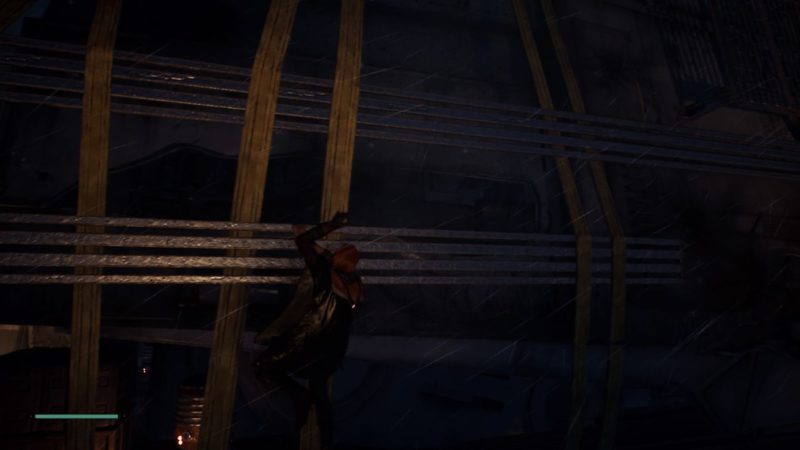 You will then come across one of the flying drones. Time your sprint so that you can avoid getting hit by the laser.

Move from one obstacle to another in between the shootings. 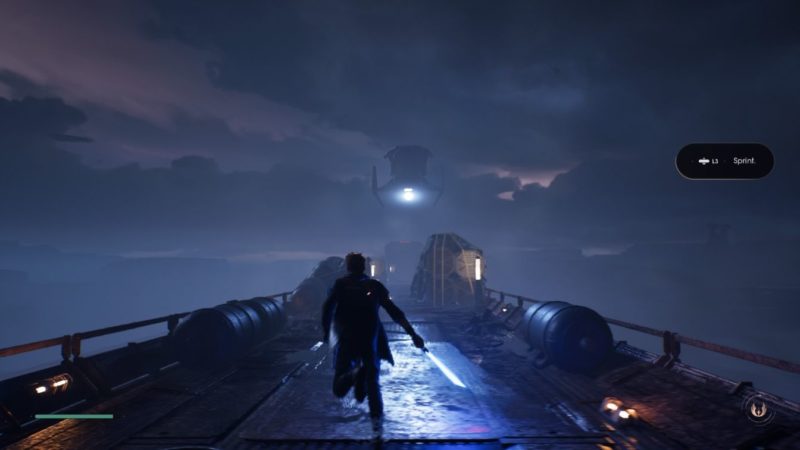 Find your way up

As you’re approaching the front, you will reach a dead end and you’ll have to climb on the side again. 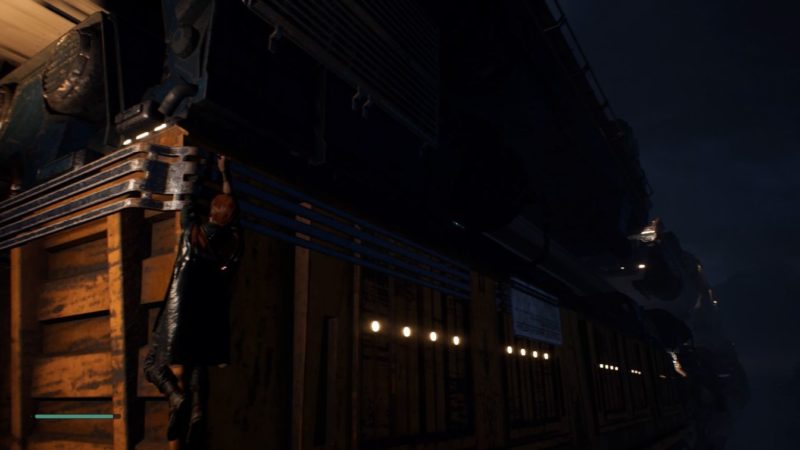 Find your way up using the steel fences. 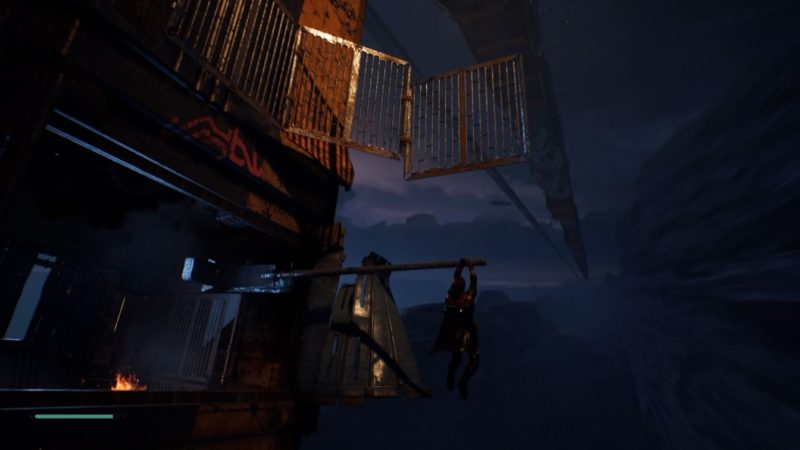 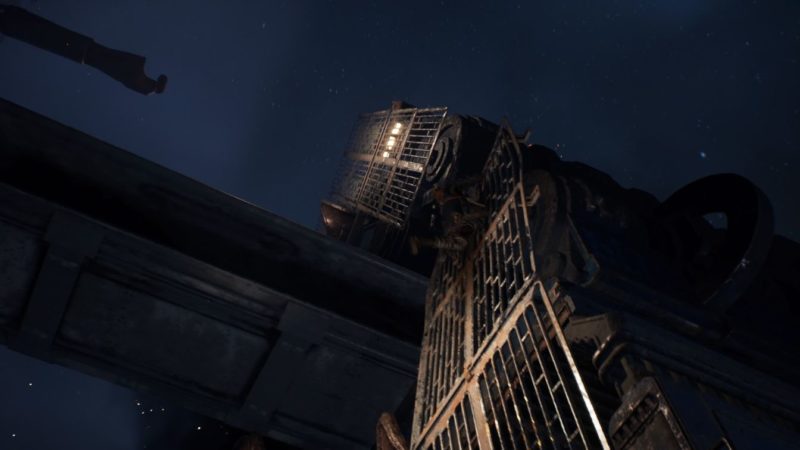 After some collision, you will be sliding down all the way. Just avoid the obstacles and go through the doors. 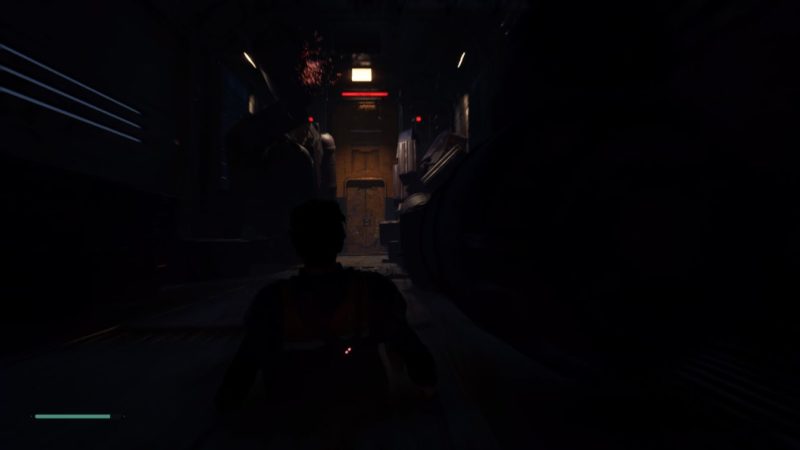 You will come across more stormtroopers in front of you, and some from the left side.

Defeat those in front of you and continue going straight. You can ignore the ones on the left. 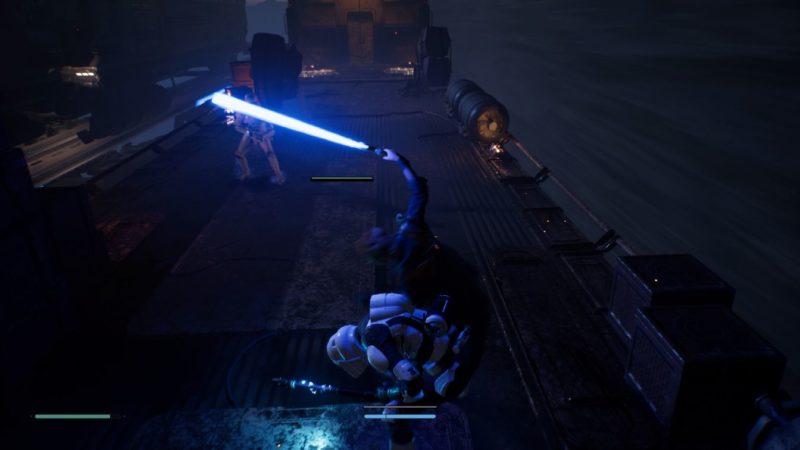 Continue running until you reach the front where you have to jump to Cere’s ship.

A cutscene will load after jumping.

Fight with The Second Sister

After the cutscene you have to fight with The Second Sister.

You can block some of her attacks but those marked with red can’t be blocked. If it glows red, just dodge to the side. 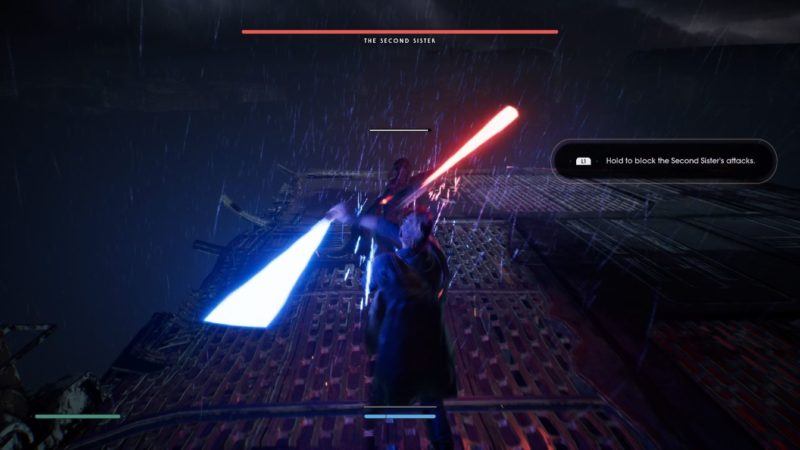 Keep on fighting until you reach this part where you have to keep spamming ‘square’ (if you’re on the PS 4) to stay alive. 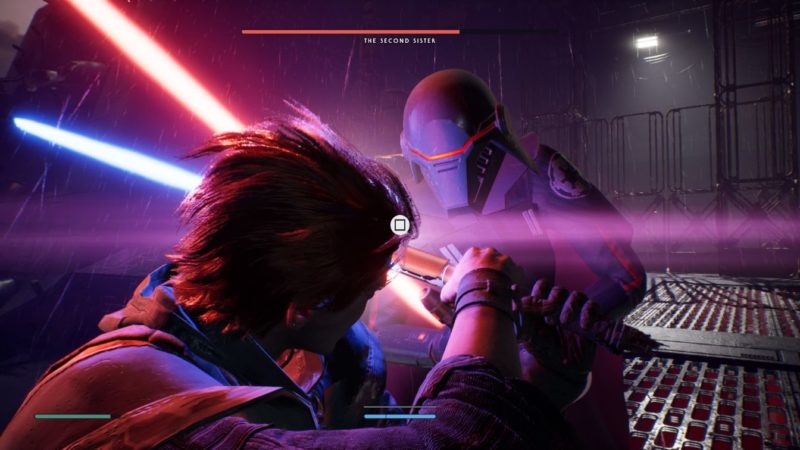 There’ll be another cutscene where Cere rescues you and this part ends.