Again, this game has lived up to expectations and it’s fun to play even in single-player mode.

In Khrumbul-Dun, you’re tasked to find half of the echo flute at the lower levels.

You will encounter a series of puzzles to solve, involving moving a red box to a blue tile.

Here’s how you can solve all puzzles to get the flute fragment in Dragon Quest Builders 2.

How the puzzle mechanics work

First of all, you need to understand how it works. Whenever you click on the red plus sign wall, it will pull the red box towards it.

It’s like a magnet in that way. Furthermore, it is able to pull the red box even if it’s not on the same line. This makes it so much easier.

Also, you can build blocks to prevent the red box from going further. Even with the block in place, you can still click on the red ‘plus-sign’ wall and pull the red box.

For the first puzzle, you just have to bring it to the blue tile. 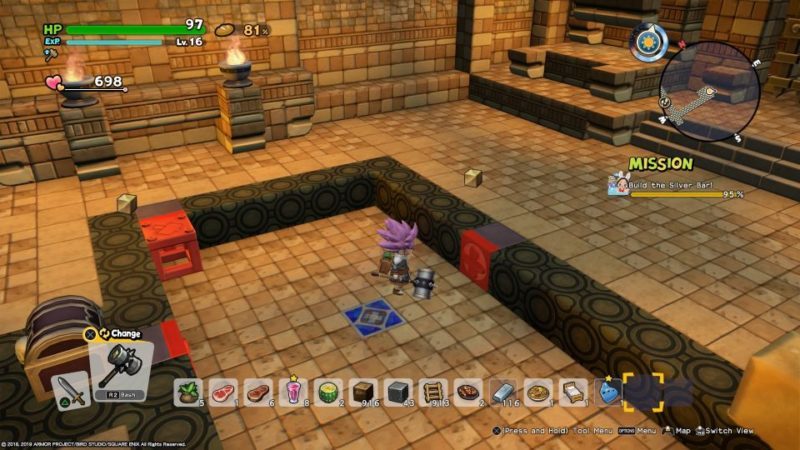 Create a block (image below) to stop the red box from moving further. 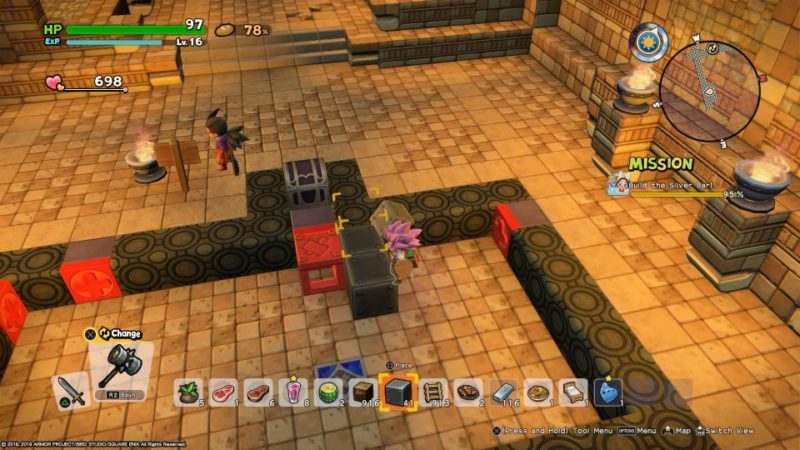 The puzzle is solved and you’ll get a key.

To use a key at the gate, you need to ‘hold it’ first. 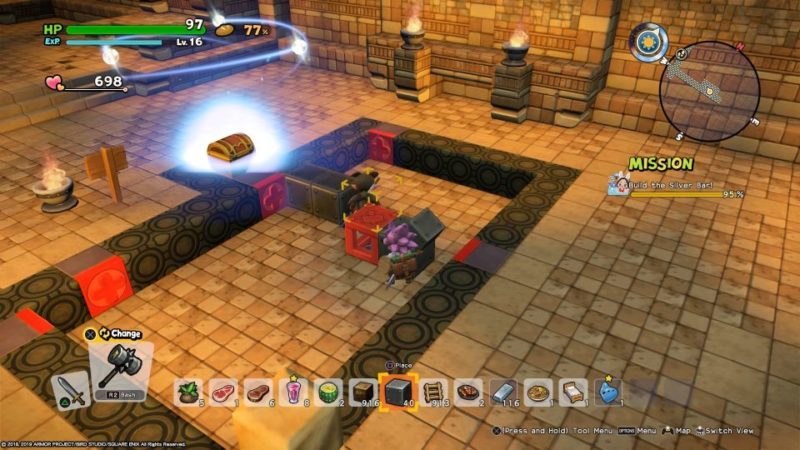 For the second puzzle, there’s some water there but it doesn’t affect the movement. 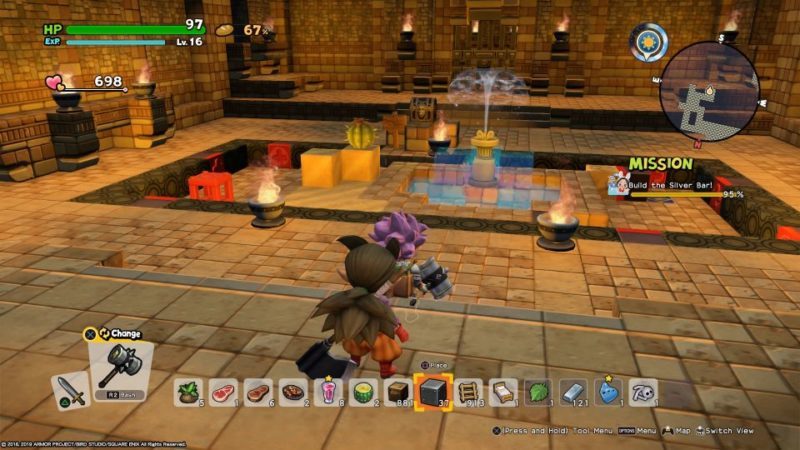 Move the box towards the other side of the fountain where the blue tile is, by creating blocks to stop it in its track. 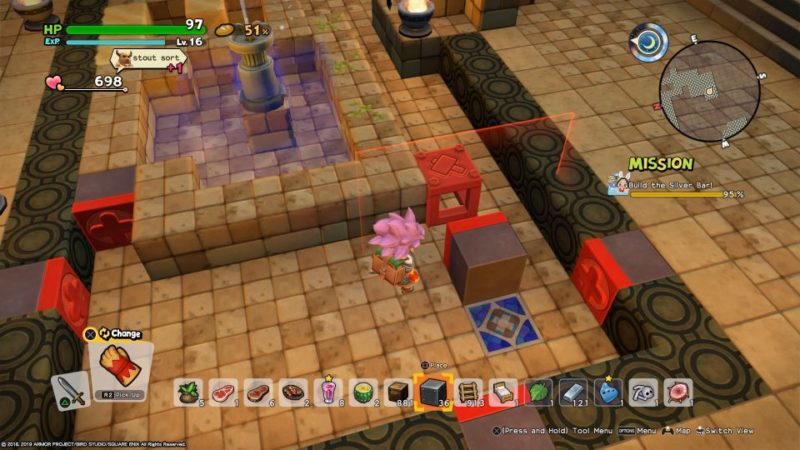 Then, move it to the left using the left red wall.

Once it’s that the left side of the blue tile, move it to the bottom using the bottom red wall. But place a block at the end to stop it on the same row as the blue tile. 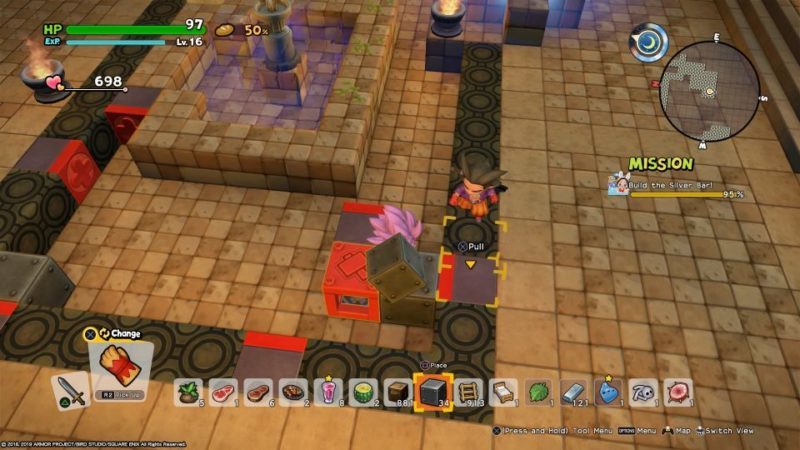 Once it’s on the same row, just place another block beside the blue tile. Pull the red box and you’re done.

For the third puzzle, you need to clear the water first. 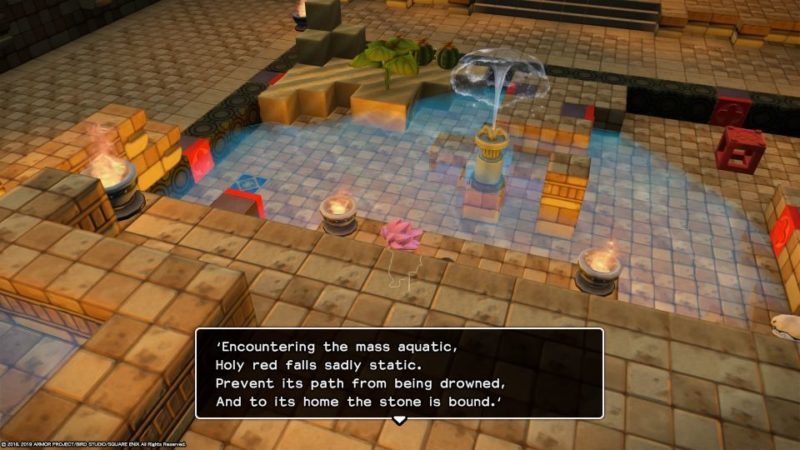 In order to do so, create blocks surrounding the fountain at the bottom.

Use your bottomless pot to clear the excess water. 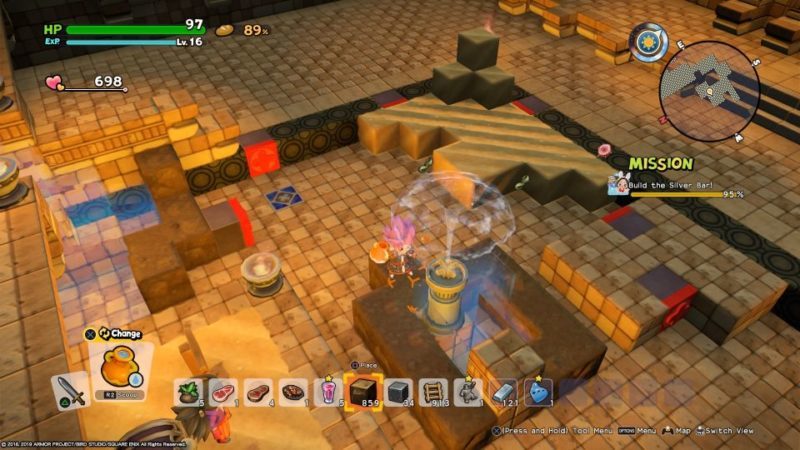 Also, destroy all the sand blocks that are blocking those red walls. 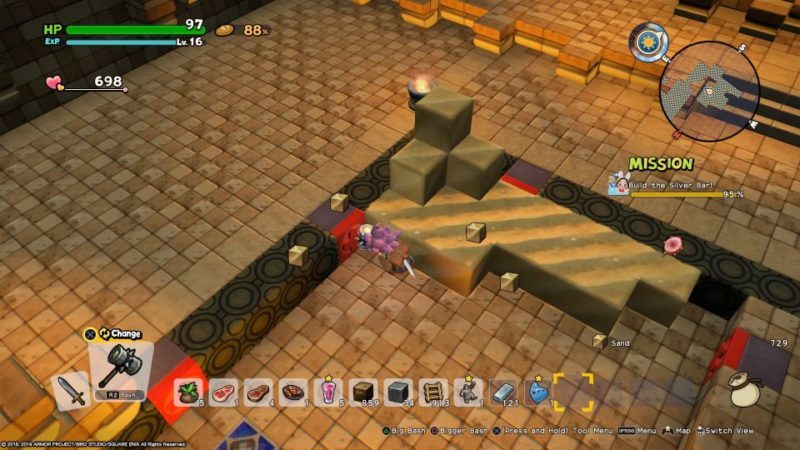 Once that’s done, align the red box so that it can go to the other side where the blue tile is.

Use a block to align the red box. 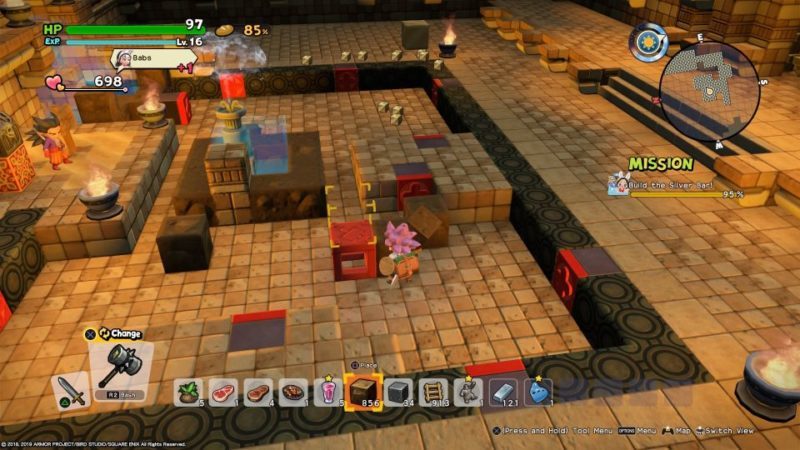 Move the red box all the way here and stop it at the same row as the blue tile, by creating a block.

Finally, create a box behind the blue tile, and pull the red box. 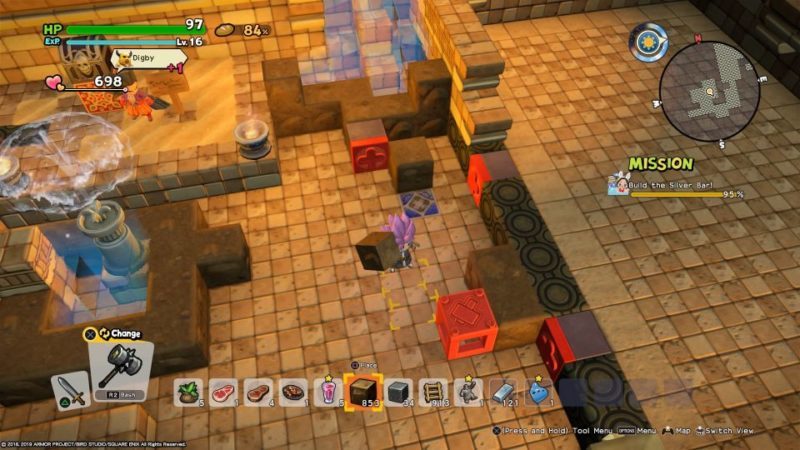 And that’s all on how to solve the puzzles to get the two statues, and eventually receive the flute fragment in DQ Builders 2.

How To Find Zenithium: Dragon Quest Builders 2 Wiki And Guide

How To Make Light Box In Dragon Quest Builders 2

How To Build A Restaurant: Dragon Quest Builders 2 Wiki

How To Get And Plant Tomato Seeds: Dragon Quest Builders 2