One of those shows with the power to captivate nearly everybody who watches a few minutes of the first episode, Stranger Things is one of Netflix’s biggest hits of all time. Centered around the supernatural and sci-fi happenings of fictional Hawkins, Indiana and featuring a cast of schoolkids, their parents and various town adults we’ve all either been or known.

The 1980s setting makes it a great throwback for those of a certain age, but it’s definitely watchable by those who didn’t grow up in the era of synthesizers and sky-high hair. It also has far broader appeal than many horror or sci-fi shows, thanks to the focus on characters and their relationships.

Stranger Things walks many thin lines, and it does it with an ease that will suck you into Hawkins as though you grew up in the veritable Anytown, USA.

With the second season long arrived and the third not due until July 4th, its understandable that fans are in a bit of withdrawal.

Read on for our top seven picks similar to Stranger Things that are worth the watch.

While nothing can compare with Stranger Things, we feel that all of these shows share enough of at least one factor to keep fans highly entertained until that third season drops. 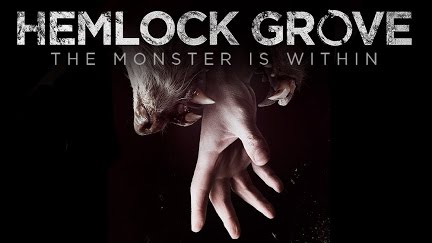 Produced by Eli Roth (Hostel, Cabin Fever), Hemlock Grove has quite a pedigree for an under-the-radar Netflix series, especially back a few years when Netflix originals weren’t the highly anticipated releases they are today.

Hemlock Grove centers on high school students, but trust us – this is worlds away from Stranger Things or the slightly darker world of The Vampire Diaries. Hemlock Grove is like watching a horror film in installments, with just enough sci-fi thrown in to keep fans happy.

The show focuses on Peter, a werewolf of gypsy descent, and Roman, a vampire-like creature known as an upir. Although the word upir may not be familiar at first, it’s a Ukranian word which bears a strong resemblance to other vampire legends in neighboring countries.

With complex plot lines and characters you’ll both cheer for and wish horrible fates for, Hemlock Grove is entirely binge-worthy and a great way to spend a lazy weekend! 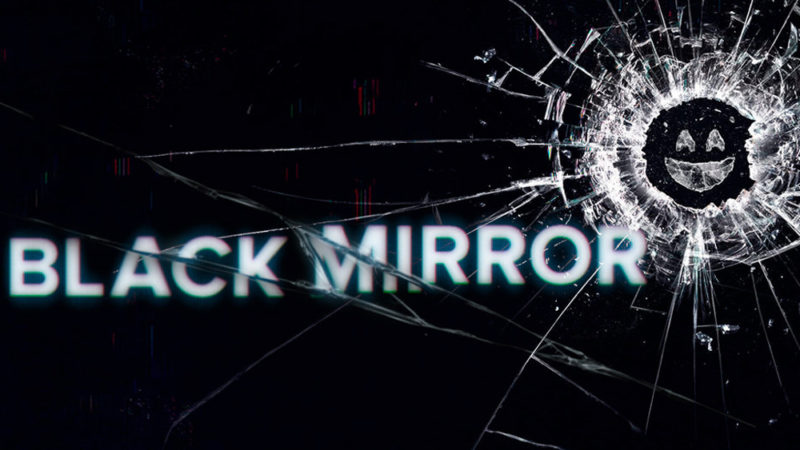 If you enjoy watching old episodes of the original Twilight Zone, you’re going to fall in love with Black Mirror. This British sci-fi series is an anthology, meaning that each episode stands alone and doesn’t need to be watched in the order it was released.

Also like Twilight Zone, Black Mirror gets to examine contemporary questions through a sci-fi lens, thus giving it a creative license to delve deep without fear of offense or censorship. Episodes are typically set in the current era or the very near future, giving each of them an uber-creepy “it could happen” type of vibe that will hook you instantly. 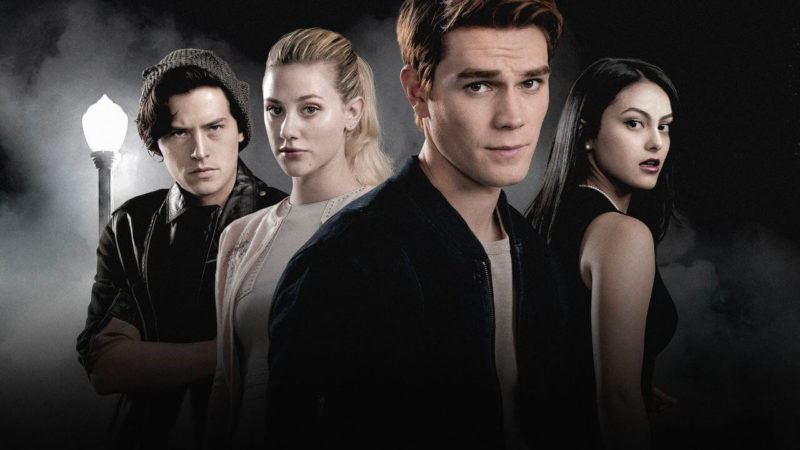 Taking the old Archie comics and giving them an entirely new spin, Riverdale follows Archie, Betty, Veronica and Jughead through the trials and tribulations of high school. This show is far lighter than either of our previous entries but still with a decidedly high creep factor.

It centers on the town where the familiar group of high school buddies lives, but dives deeper into what appears – on the surface – to be a perfect town populated by perfect people. There’s a lot going on under the surface, and it’s far darker than the original comics ever dreamed of. A lot of people don’t remember the original Archie comics at all, and that’s just fine.

The show stands on its own as a creep-tastic adventure through the dark inner workings of a small town. Those who do remember the comics will be delightfully shocked to find the gang up to all manners of weirdness. Imagine the most squeaky-clean high school movie you can – then add murder mysteries, hints of incest, highly inappropriate relationships between students and teachers, backstabbing, sexuality questioning – need we go on?

This show takes the Archie gang into the current century in a slightly campy and sometimes over-the-top manner that makes it deliciously ideal for bingeing on days when you just want to shut off your brain and be entertained for a while. 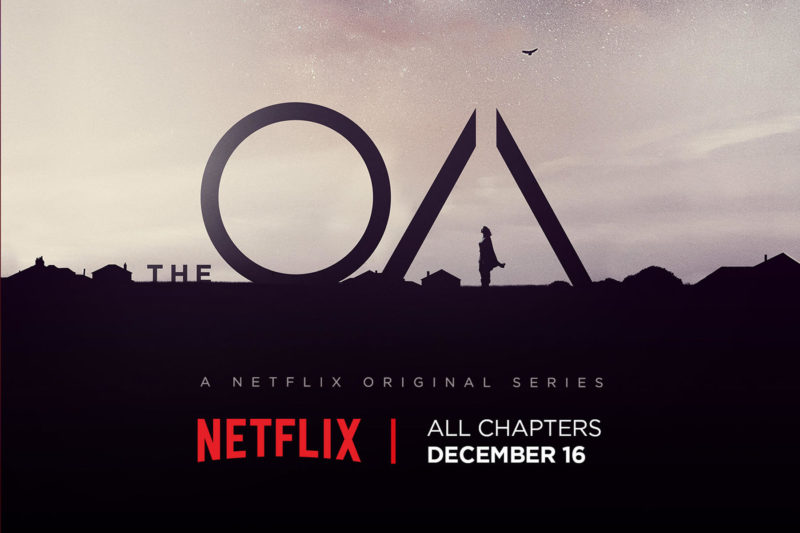 A delightful blend of suspense, sci-fi, horror and mystery, The OA is one of Netflix’s most difficult-to-describe shows, and also, in our humble opinion, one of their best. The show centers around Prairie Johnson.

Prairie is an adopted woman who reappears after seven years gone missing. Nobody knows why, but Prairie now refers to herself as “The OA” and exhibits scars on her back, hinting that something rather violent happened during those seven years.

Perhaps most jarring is the fact that Prairie, blind when she disappeared, can now see perfectly. Reluctant to explain herself to her parents or the authorities, Prairie instead puts together a ragtag band of high schoolers. To these recruits, she explains what’s going on and asks for help in saving others using her purported powers of dimension-hopping.

A great one if you enjoy shows that make you think “What just happened here?” long after the episode is over, The OA blends genres seamlessly and draws you in quickly. 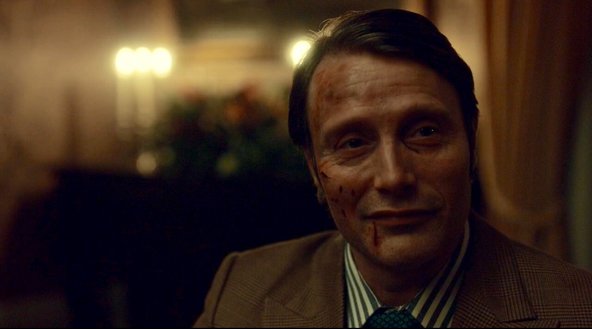 Following the story we all know and love, Hannibal centers on a serial killer, cannibal and gourmet cook who works with the FBI. Taking the movies and spinning them into something – dare we say it? – even more dark and macabre, Hannibal is one of those shows which makes one wonder how it ever got past network censors.

From human entrails being pulled from their cavity like bloody spaghetti to a totem-pole style of corpses to the familiar cook-your-body-and-feed-it-to-you scene, Hannibal pushes every envelope possible. Forget push – it puts those envelopes in a document shredder, follows them with a body part and grins at you, daring to look away.

Far more than just gore, however, this is the rare gem that manages to mix the truly revolting with a story line and characters you feel invested in almost right away. A huge score for all involved, it’s a great one to binge with your horror-loving buddies and, since there are only three seasons (criminal!), it’s a great way to spend a weekend. 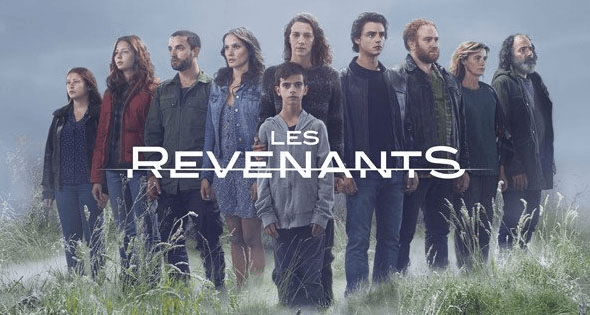 Let’s just start this one off by saying that we are not fans of subtitles. Call us bourgeois, call us unrefined, call us whatever you like – just don’t make us read our television shows. Seriously, the back-and-forth eye flicking makes us miss half the good stuff, and if we try to keep up, our vision goes a little weird.

Have we made the point that we really, really dislike subtitles? Good. Now perhaps you’ll understand why our recommendation of The Returned is such a big deal. This show is French, and has English subtitles. They are well done – there’s no lag that we could discern. And there isn’t so much dialogue OR screen action at the same time that you feel as though you’re missing something.

Beyond all that, however, this show is about as creepy as it gets. Not in a blood-and-guts way – check out Hannibal for that. This show – which depicts the strange goings-on in a small French village after several very dead people are mysteriously brought back to life – is far deeper than that. Watch and get addicted as they examine odd happenings like a quickly draining reservoir and strange power outtages, as well as the obvious question of why the heck dead people are showing back up.

In our minds, that’s a pretty fair question. We love the slow, anxiety-producing way this show is shot, and the gorgeous scenery doesn’t hurt either. A great one to watch alone or with friends who can appreciate the slow burn, this is one you won’t regret for a second. 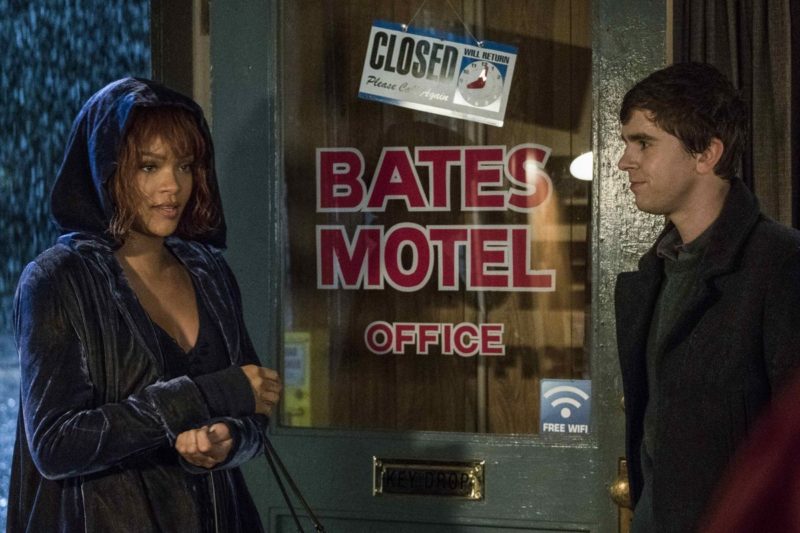 Starring one of the best young actors (Freddie Highmore) to come along in years, Bates Motel takes on the idea of Norman Bates’ backstory. How exactly did he go from (somewhat) normal kid to the titular Psycho we all know and love? This show lets you in on all the details.

Norman Bates, played to absolute perfection by Vera Farmiga, tries to curb her son’s stranger impulses while dealing with some issues of her own, and an estranged brother adds to the mix. You’ll watch as they purchase and fix up the infamous Bates Motel, check in (and spy on) guests and make friends and enemies with the locals.

Crooked cops, a couple murders and a small, beautiful town existing on the marijuana industry (pre-legalization) only adds to the delightfully macabre and surprisingly sensitive world that is Bates Motel. Characters are believable and highly sympathetic, to the point where you’ll be rooting for Norman not to go darkside, even though we all know how this one ends.

There you have it! Our top seven picks for getting through any and all potential forms of Stranger Things addiction.

Whether you prefer your creepiness on the lighter side or go for full-on gore, we feel that our list has something for everybody.

You’re sure to find at least a few new favorites!

Netflix’s Black Mirror: Bandersnatch – Is It Worth The Watch?