With all the drama, the pageantry, the costumes and the dizzying array of alliances, it’s easy to see why the world has fallen in love with Game of Thrones. Based on the runaway best-seller series A Song of Fire and Ice by George R.R. Martin, the series has garnered legions of hardcore fans around the world and continues to earn more with each and every episode.

With the new season still over a month away, it’s understandable that GOT fans are getting a little anxious. The best way to cure an addiction (until the new season, of course) is with a new one. Following that logic, we’ve put together a great collection of shows like Game of Thrones that you can check out.

Each one is thoroughly binge-worthy, and there’s something for every taste.

Set in the fictional town of Storybrooke, Maine, Once Upon a Time is purely enchanting. A great pick for those viewers who sometimes think that GOT gets a little too serious, OUAT is a great balance. A sleepy northeastern town is populated by fairy tale characters.

However, the entire town is actually under a curse, which makes the characters forget who they are. An outsider shows up one day and, without giving anything away, puts in motion events which will change the cursed town forever.

If this one sounds a little too out-there for you, give it a shot – great acting and writing take it from eye-rolling to strangely compelling and, of course, loads of fun! 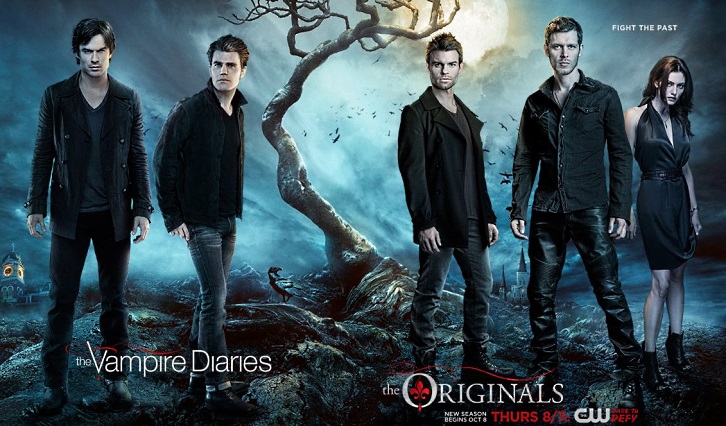 If you haven’t binged your way through the show which inspired The Originals, we highly recommend that you give The Vampire Diaries a chance. With loads of seasons to get through, it’s great for a long-range binge and will give you all the high-school supernatural drama you can handle.

The Originals is a spinoff, which don’t have the best track record. This one is different, however, creating a whole new world centered around a love-to-hate Vampire Diaries character. You’ll follow the exploits of the original vampires – yup, the very first ones ever created – as they return to New Orleans where they once reigned supreme.

Expect plenty of blood, plenty of drama and tons of good-looking undead. Nowhere near as serious as GOT but just as dramatic, this one falls somewhere between GOT and OUAT – dark enough to keep horror fans happy but not so frightening that your scaredy-cat BFF will refuse to watch with you. 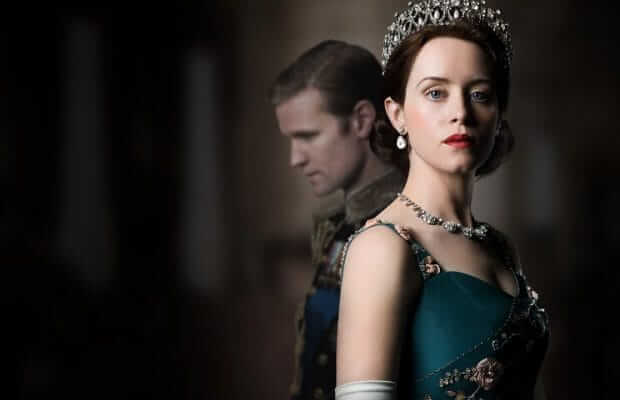 Featuring no magic whatsoever, this one is for GOT fans who are drawn to the royalty aspect of the show. Following the rise of Queen Elizabeth after her father’s death, The Crown is an in-depth look at what really goes on behind closed castle gates. It does a beautifully poignant job of portraying Elizabeth (Claire Foy) as a person, not just a royal, and you’ll find yourself wondering just what you would do if the situation were thrust upon you.

The royal wedding, Princess Margaret, Winston Churchill, the Great Smog and other real-life events are depicted brilliantly – you’ll get a history lesson with every episode. Enormously entertaining and dramatic in a slow-paced manner which feels very much like real life, The Crown will keep you watching long into the night. Just don’t blame us when you unconsciously begin to drop British figures of speech into your everyday conversations. 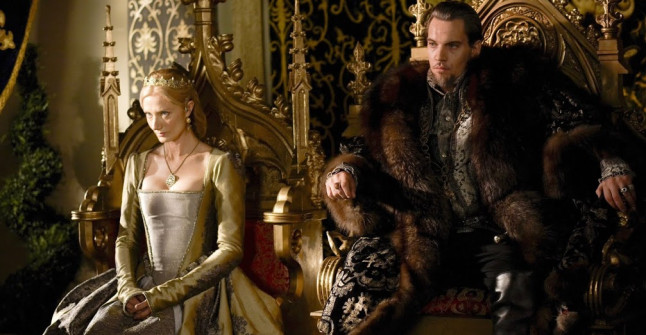 Another great one for fans of royals and their royal feuds, this show takes a look at the Tudors, a Welsh-English family who ruled for over one hundred years. Two of their most powerful monarchs were King Henry III (played by Jonathan Rhys Meyers) and Queen Elizabeth I. The show focuses on the drama and intrigue surrounding Meyers’ character, including his notorious love of the ladies.

Definitely not a show to watch with kids around, it takes a brutally graphic look at what we tend to think of as a rather genteel era. Guess again! With enough alliances made, broken and back-stabbed to keep even the most bloodthirsty Game of Thrones fan happy, The Tudors stands the test of time extremely well and will make you a fan in just minutes. 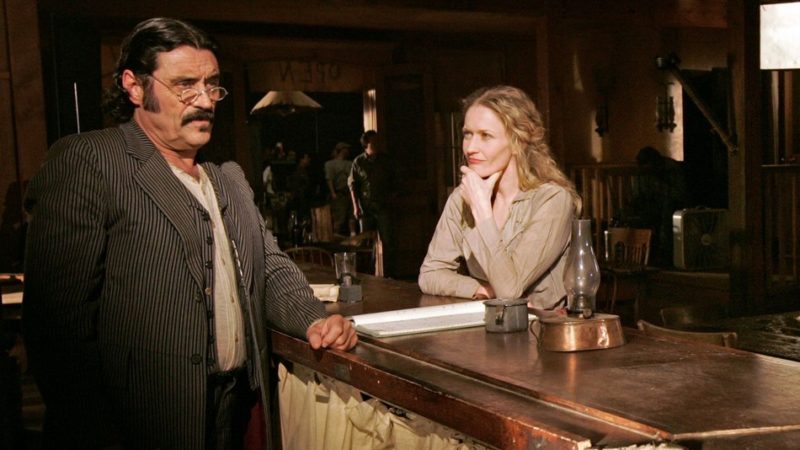 Another oldie but goodie that stands up just as well today as it did when it premiered on HBO back in the day, Deadwood is a brutally honest look at life in the Wild West. The real-life town of Deadwood, South Dakota is the series’ base camp. Like many towns at the time, it’s a veritable cesspool in both a literal and figurative sense.

Cleanliness was apparently not a high priority, the streets are swamps of mud and you’ll find yourself wanting to wash the hair of certain characters before it grows legs and jumps right off their heads. Figuratively, this place is dirty as well, having a well-deserved historical reputation as one of the wildest frontier towns. Real-life characters like Al Swearingen (proprietor of The Gem saloon and brothel), Wild Bill Hickok, Calamity Jane and Seth Bullock are played to perfection.

In fact, you’ll have a hard time seeing Ian McShane (Swearingen) as anybody but Swearingen after binge-watching this show. The back-stabbing here is on a lesser scale than in Game of Thrones, but somehow you feel it more acutely. These are real people scraping to get by in a pretty inhospitable place and time, and you feel for them as quickly as the first episode.

Another one to avoid when the kiddies are around – you could make a drinking game out of Swearingen’s F-bomb dropping alone – this is a great show to watch with buddies who love a good fact-based drama. 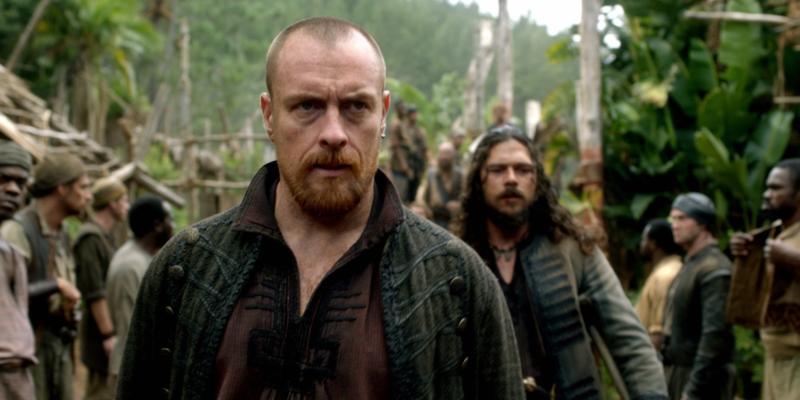 Far more than the pirate story it appears to be at first, Black Sails never really got a fair shake from critics. Objectively, this isn’t that surprising. A slew of pirate-themed shows and movies have been coming out of the woodwork ever since the Pirates of the Caribbean franchise became a franchise.

Adding to the stigma, epic Game of Thrones-esque shows have been doing the same thing lately. So it’s not too surprising that many critics and viewers alike skipped over this one and dismissed it as a copycat. So not true! Black Sails is, obviously, a pirate show, and it’s on an epic scale like GOT. However, there is so much more beneath the surface.

Set on New Providence Island and acting as a prequel to the novel Treasure Island by Robert Louis Stevenson, Black Sails takes a look at what was known as the “Golden Age of Pirating.” In addition to the highly recognizable Blackbeard, other real-life pirates in the show include Ned Low, Israel Hands, Anne Bonny, Benjamin Hornigold, Jack Rackham and Charles Vane.

If they don’t sound familiar, check this show out – it’s another one that makes history lessons more fun than your high-school teacher ever dreamed they could be! 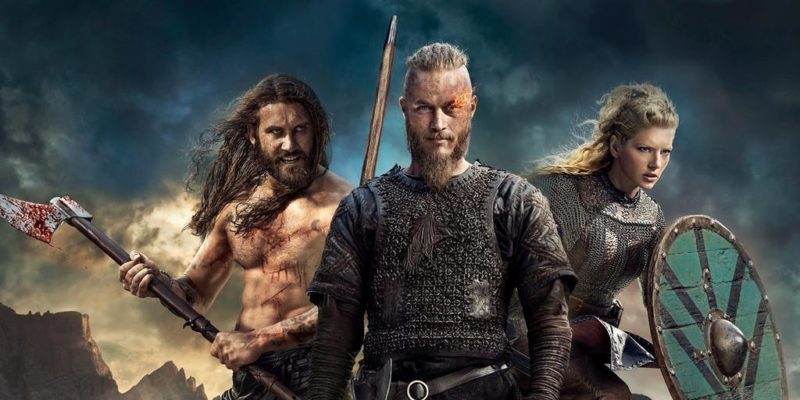 Quite possibly one of the best shows on television right now, Vikings is features production quality and cinematography which doesn’t just rival but beats the heck out of many big-budget movies. The acting is top-notch, the storylines are compelling and the look into everyday Viking life is nothing short of fascinating. You’ll follow the life of Ragnar, a peasant farmer who dreams of greatness.

His wife Lagertha also plays a large role, as does his brother Rollo, the village weirdo Floki and a host of earls and other leaders. Viking life was difficult, and this show doesn’t sugar-coat anything. There is blood, but it’s not to the point of Hannibal or other truly gore-heavy shows. The battle scenes, however, may be a bit much for those who really dislike violence.

We urge you to watch regardless. The battles may seem like a huge part of the show, but the character interaction, plotting, alliances, betrayals and other GOT-like aspects are a much bigger draw than a few swords and shields.

Well folks, there you are – what we feel are the seven best shows for controlling that almost-physical itch you’re dealing with until Game of Thrones returns. While none of them are the Seven Kingdoms, you wouldn’t want that anyway – nothing is worse than a wannabe show trying to masquerade as a true hit.

These shows have enough GOT-like elements to keep fans entertained long into the night, and we’ve tried to offer everything from lighter fairy tales and high school dramas to the dark and violent worlds of the Vikings and 15th-century England. Take a chance on at least a few of these – we know you’ll be glad you did.

In fact, you’ll probably be hurrying to finish your picks before GOT returns!