Shadow of Death is a story mission in Days Gone which locks the southern region.

Your task is to get Sarah out of the ark using O’Brian’s help via a helicopter.

Here’s a walkthrough of Shadow of Death in Days Gone.

Go to the location

To begin the mission, drive to the location shown in the map, marked as the yellow area. 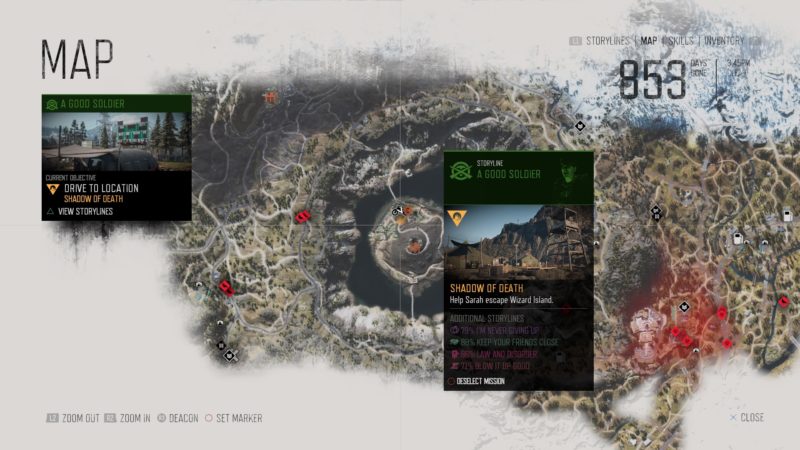 When you get there, you’ll get a notice. You will be locked from the southern region (Wizard Island, etc.) if you proceed with the mission.

You’ll be able to roam in the northern region (Iron Mike camp and above). The southern region will be locked until the end part of the game. 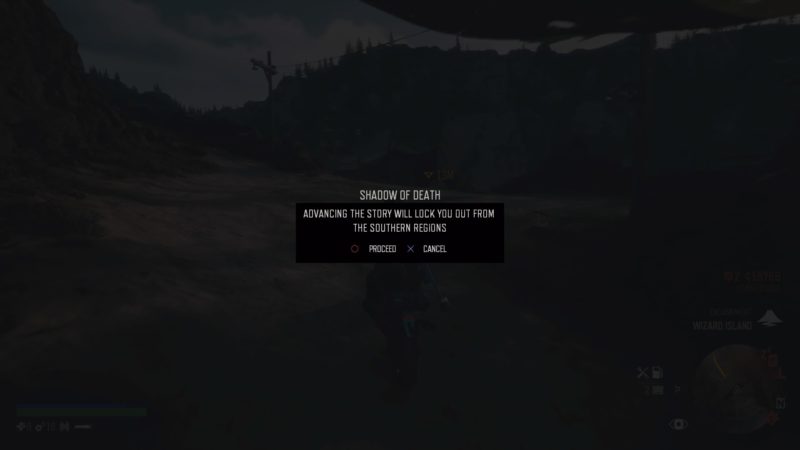 If you proceed, you’ll get a cutscene of the colonel with his nonsense again. 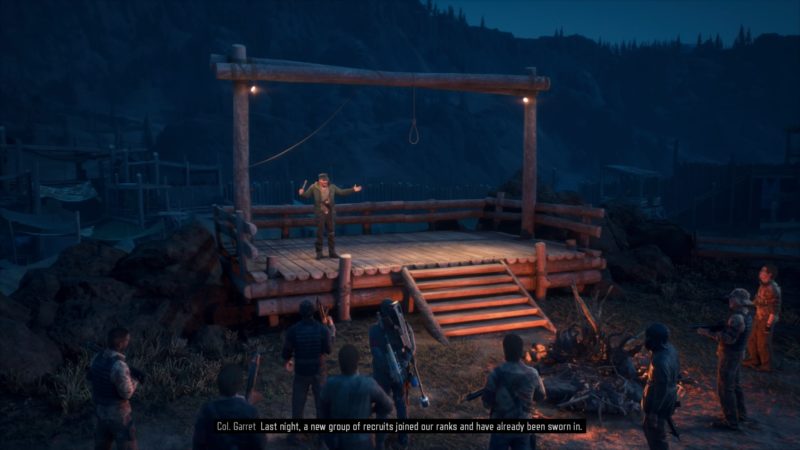 To allow the NERO chopper to come, you need to disable the RPGs first.

Go to the marked location. 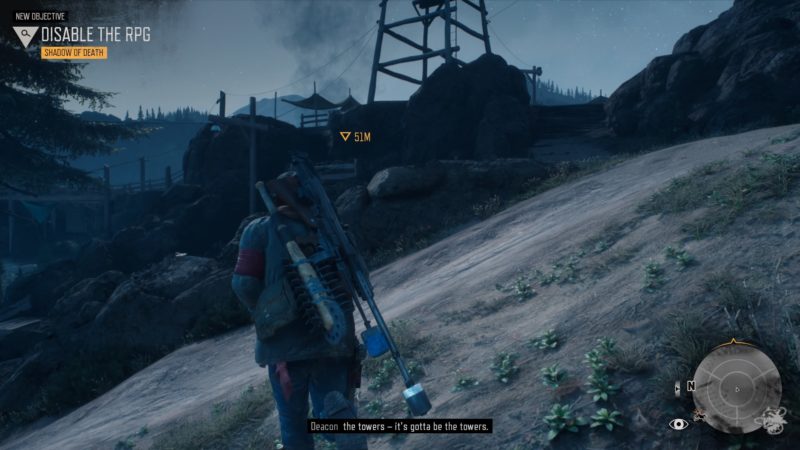 Interact with this RPG on the table and you’re done here. 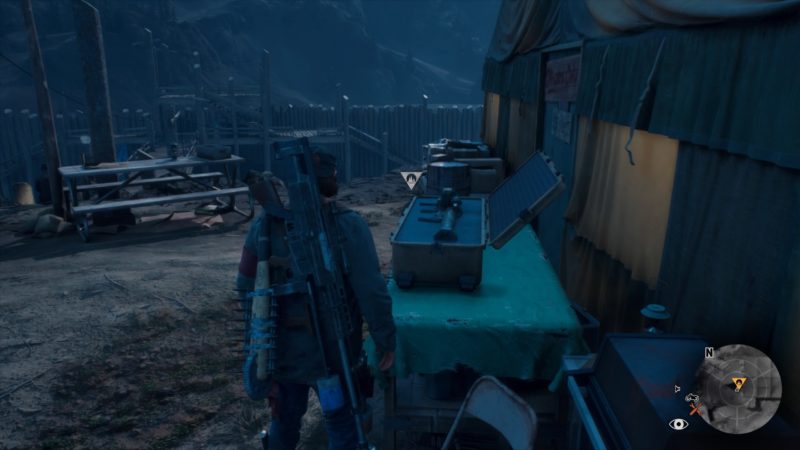 Get to Sarah’s lab

Enter the ark to find Sarah. 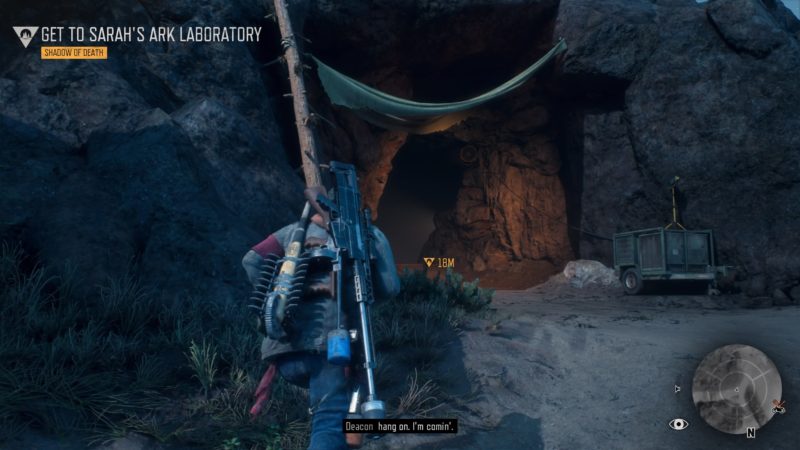 A cutscene will load here. 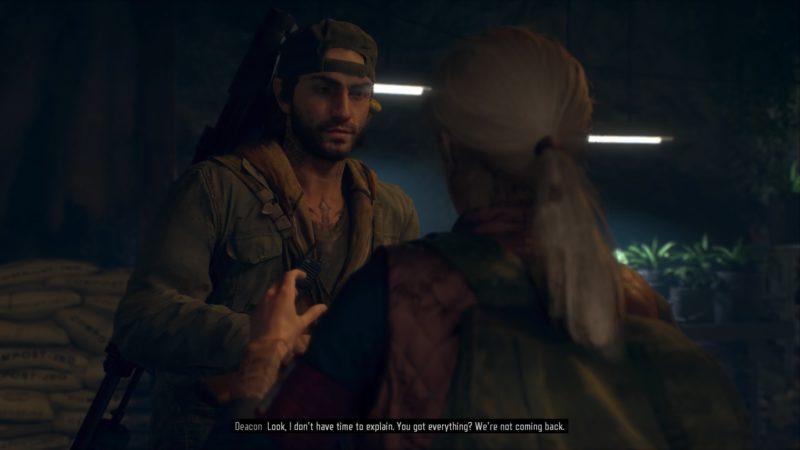 Take Sarah to the top of the volcanic cone

Bring her all the way up.

You’ll see guards all along the way. You can sneak past some of them, but some requires Sarah’s distraction. 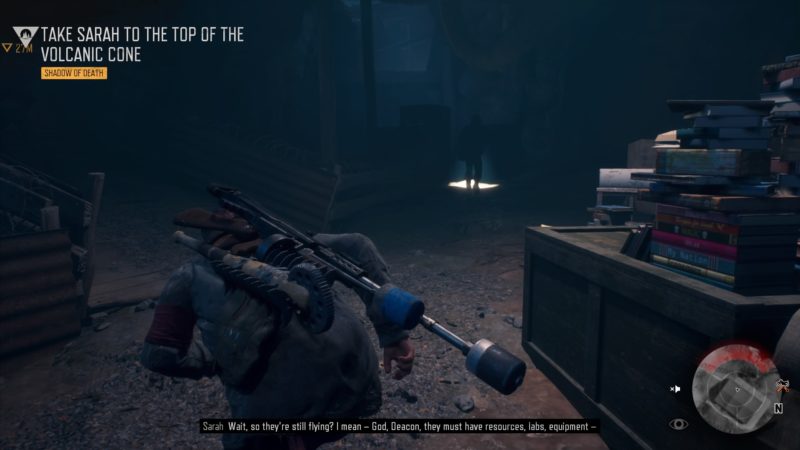 When she distracts the guard, you go from behind and stealth attack him. 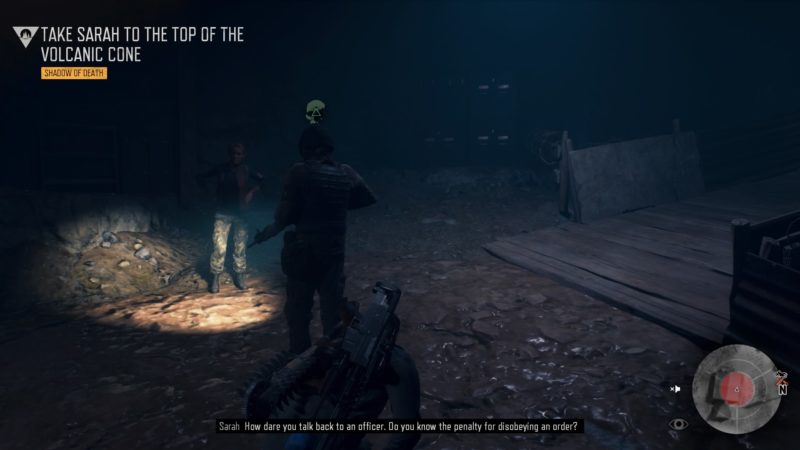 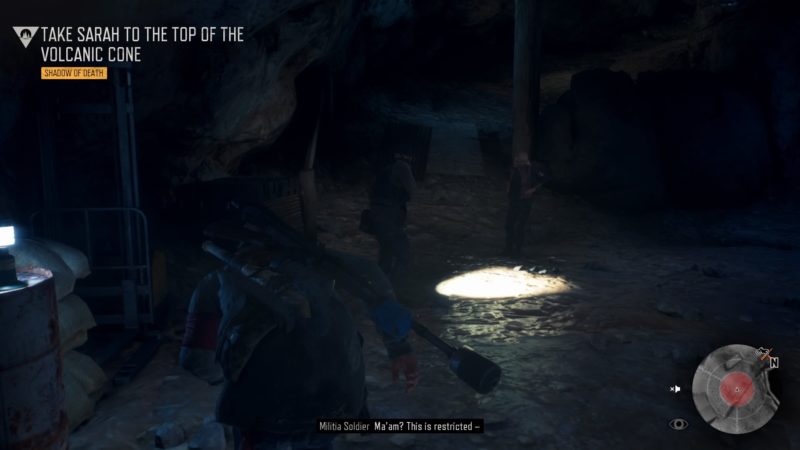 After reaching the top, a cutscene will load. Deacon and Sarah gets discovered by the colonel and Skizzo happens to have just joined the militia.

Skizzo, of course, caused trouble with Deacon, resulting in the both of them being trialed. O’Brian left after seeing the commotion.

The colonel believed Skizzo saying that Deacon is a spy for Lost Lake. Deacon gets caught and is brought away by Kouri. 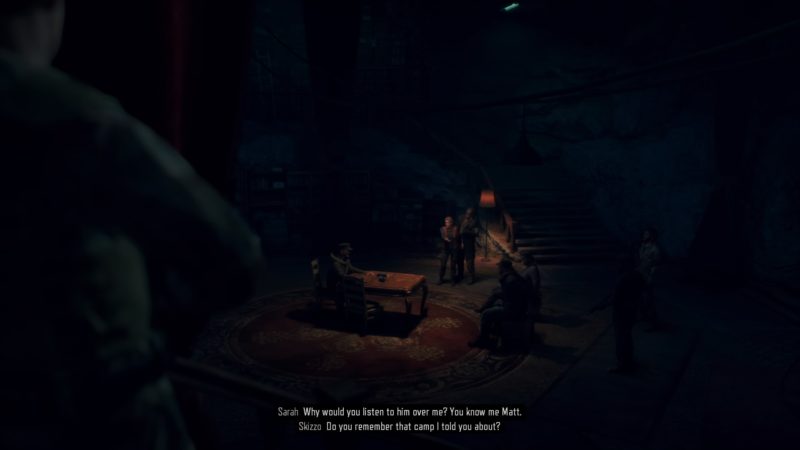 The next part of this story is a different mission.