Regrets is a quest under the “Every Story Has An Ending” episode in Assassin’s Creed Odyssey.

Your task is to escort Herodotos to his parents’ grave and eliminate some Followers of Ares.

Here’s a walkthrough of Regrets in AC Odyssey. 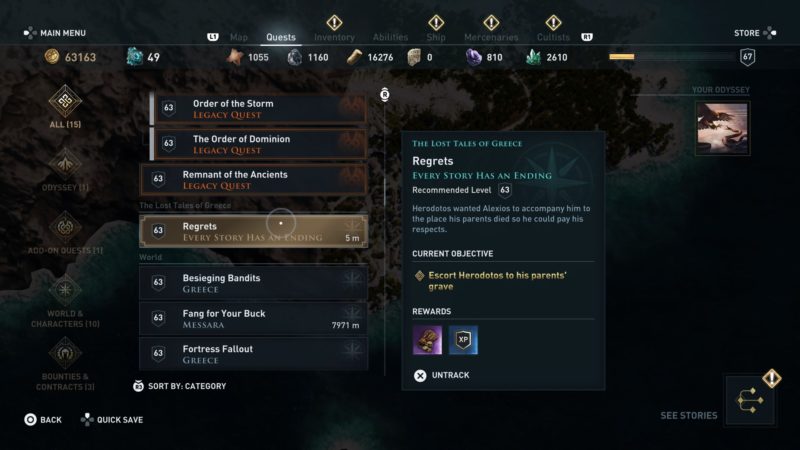 This quest is recommended for those level 63 and above, but it differs according to your own level.

Escort Herodotos to his parents’ grave

This quest begins immediately after the previous and you simply have to follow Herodotos. 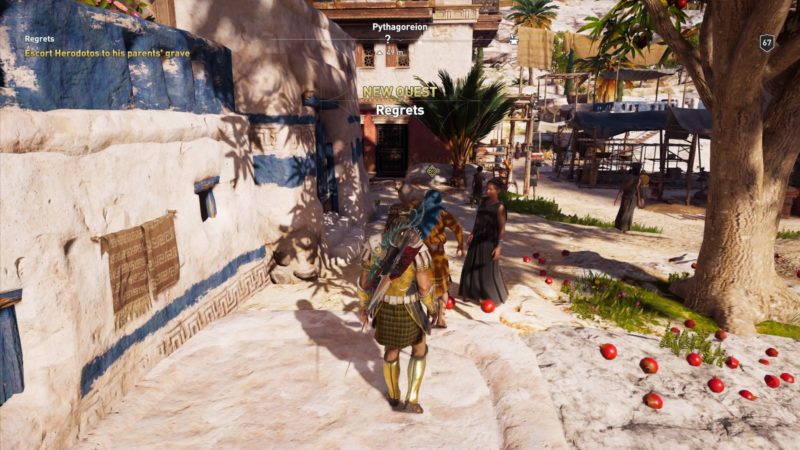 After some time, he’ll reach his horse. You should summon your own horse and follow him. 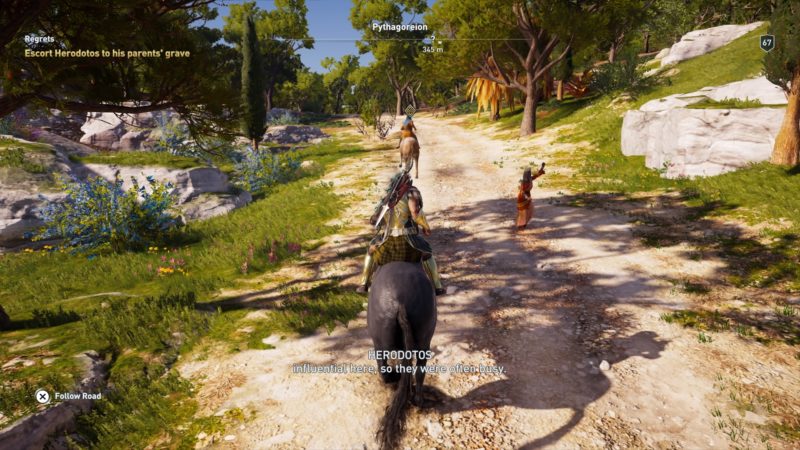 Keep going until you reach the grave which is on the cliff facing the ocean. 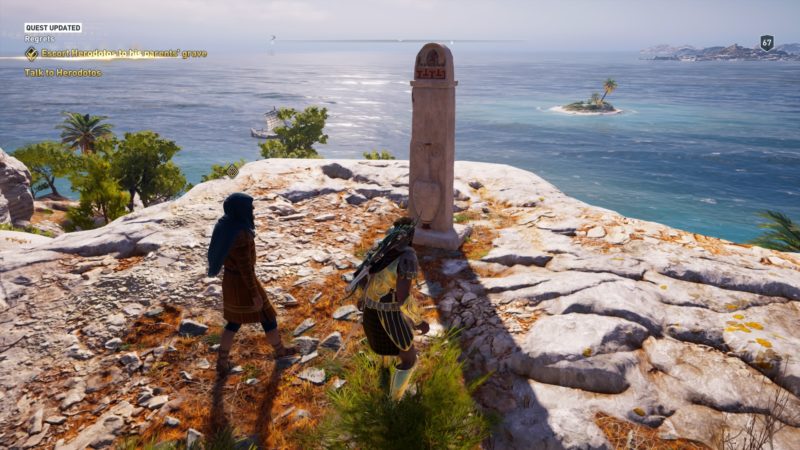 Kill the Followers of Ares

After talking to Herodotos, there’ll be a cutscene and you guys will get ambushed.

Defeat the Followers of Ares and protect Herodotos. 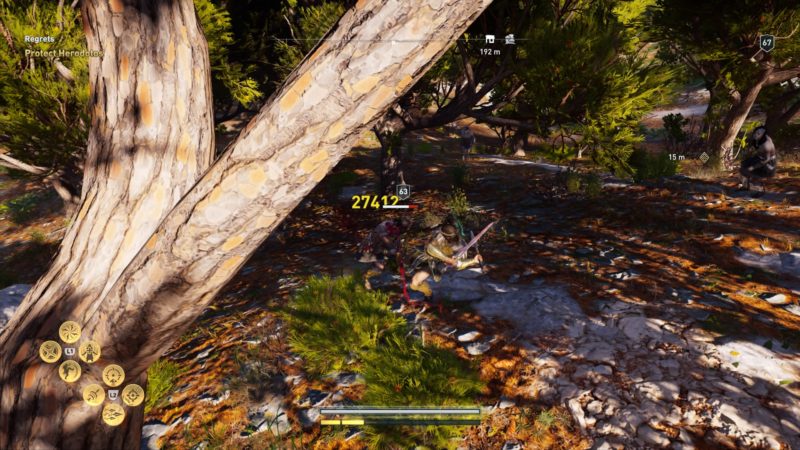 There should be five or six of them.

After eliminating the hostiles, go and meet Theodoros.

His exact location is shown in the map below, marked by the quest symbol. 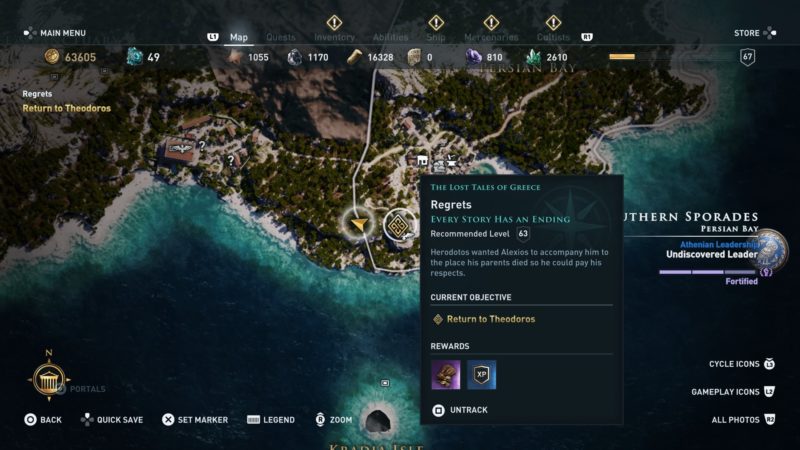 He’s just nearby at an altar with Mestor. Talk to Theodoros to continue. 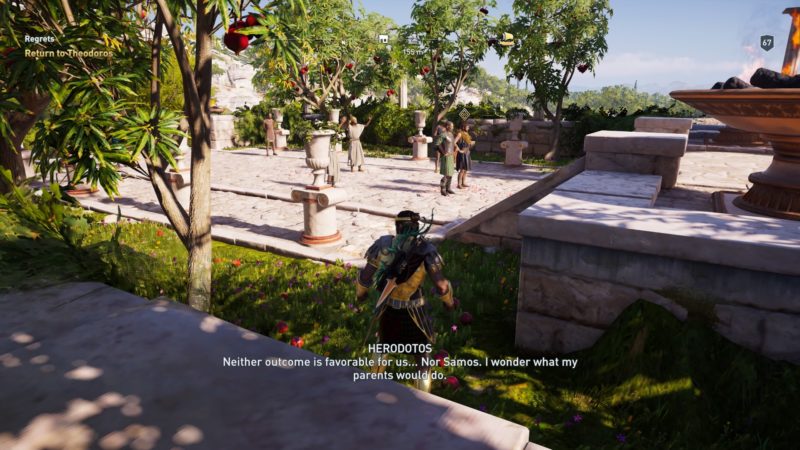 The quest completes here after the cutscene. You will get some drachmae for completion. 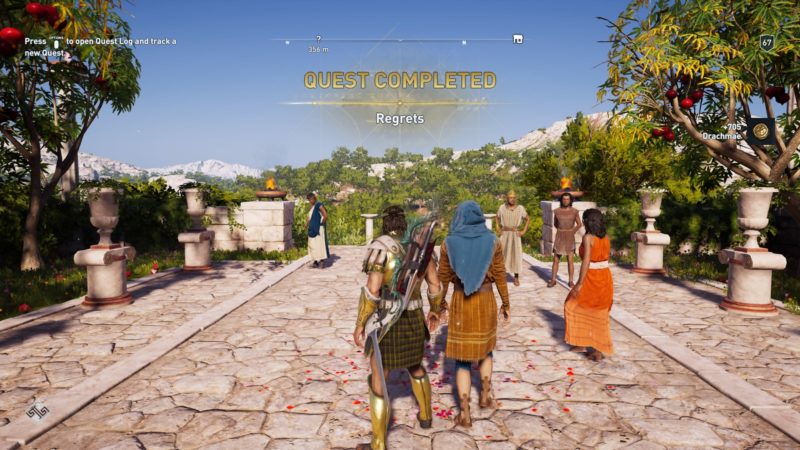