Red Dead Redemption 2 may have come with an awesome single-player story that is worth the money alone.

But what if you’re done with the story or you don’t feel like playing Red Dead Online? This game also features plenty of easter eggs to be discovered.

Here are some of the strange encounters you can find in RDR2.

Top of this list is none other than the UFO sightings in the game.

Some players would love to see an aliens vs cowboy DLC for Red Dead Redemption 2.

Rockstar teases us with at least two different sightings of UFO in the game. The first sighting is at Hani’s Bethel near Heartland Overflow. 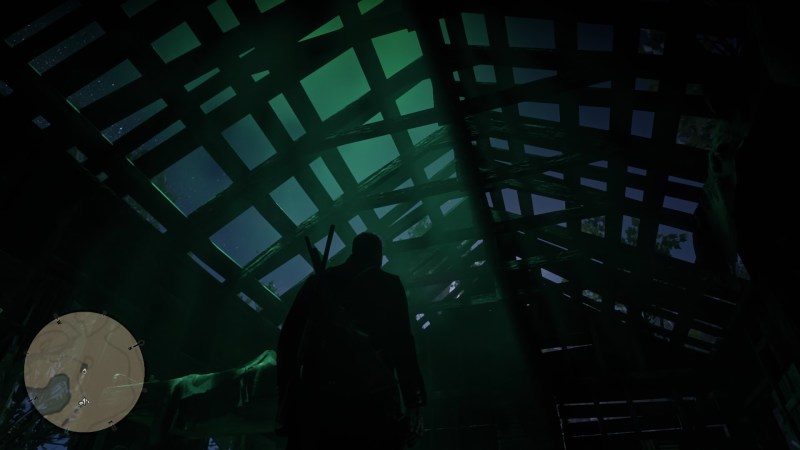 If you get to the house with many skeletons at around 2 am or 3 am, you may witness a green light coming into the house.

Get out of the house immediately and you should see a UFO on top of it, but it disappears quickly.

The second instance of UFO sightings is at the top of Mount Shann. 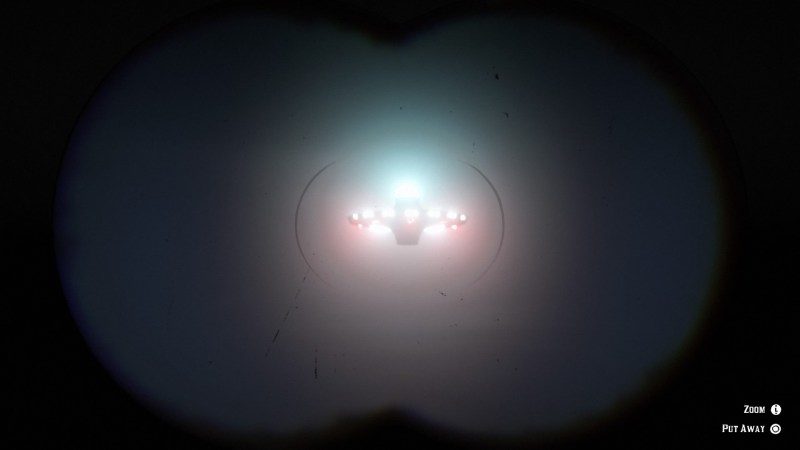 The UFO appears around 3 am and goes away later.

Like most strange encounters, this ghost train only appears after midnight, early in the morning.

To find the train, get to Lemoyne. Look for Old Greenbank Mill on the map. South of those words in the map is a railway track. 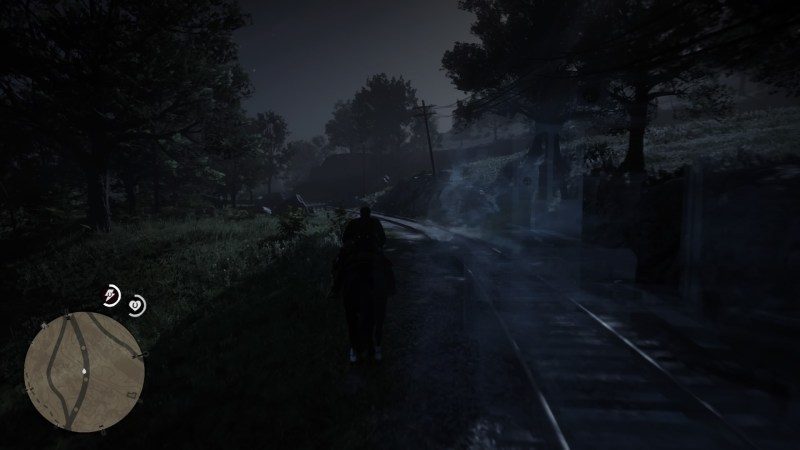 When you get there, you should see a signboard saying Lemoyne, which indicates the entrance of Lemoyne.

Wait there until about 3 am plus and you may find a ghost train passing through. It’s quite translucent but it’s slightly greenish.

It does not appear every night, so you may need to try a few times.

The Night Folk are like a group of savages who kills people in the most savage way. They kinda remind me of the Murfree Broods or the Skinner Brothers.

They are probably still human beings but they are covered in brown paint or mud.

You can typically find them at night in the area of Lagras or in Bluewater Marsh in general. 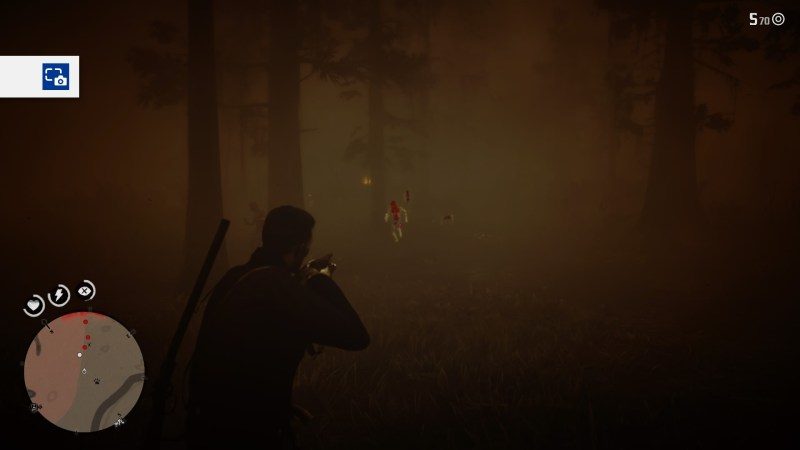 There’s also a quest that involves killing the Night Folk: A Fine Night For It.

The train isn’t the only ghostly encounter in Red Dead Redemption 2.

If you had listened to the stories told by Uncle back in camp, you may have heard of Agnes Dowd who apparently haunts Bluewater Marsh or the swampy areas.

Turns out, Uncle wasn’t lying at all. 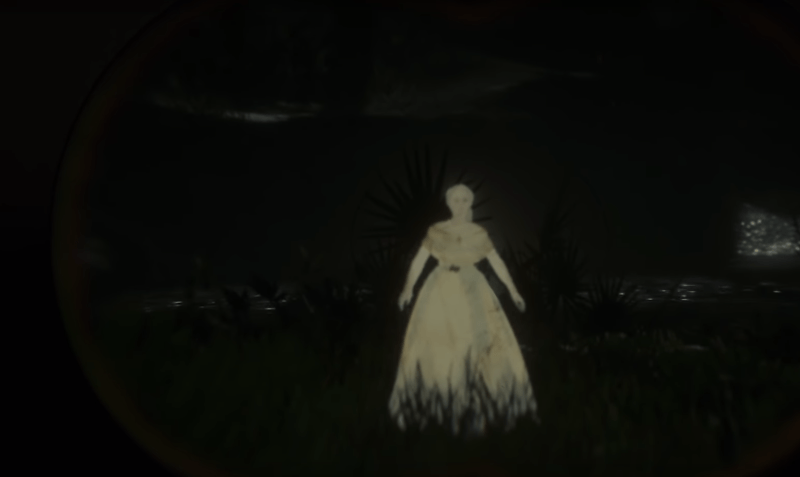 If you get to Bluewater Marsh at night, you may hear voices of a woman. Apparently, you can meet her sixteen times in total, but most of the time you may not see her in person.

You may hear voices at first, but the next time you may witness her appearance. If you get too close, she will disappear. Try approaching on foot.

Red Dead 2 also features the story of a boy who lived with wolves, which kinda reminded me of the Jungle Book and the story of Mowgli.

You can find the wolfman in Roanoke Valley, which is a stream near Annesburg mining town.

As you get to the words Roanoke Valley on the map, you may hear a guy howling. If you chase after him, his wolves will come after you.

Try following him back to his cave and you’ll eventually have to kill him. After killing him, you can loot a diary from him. 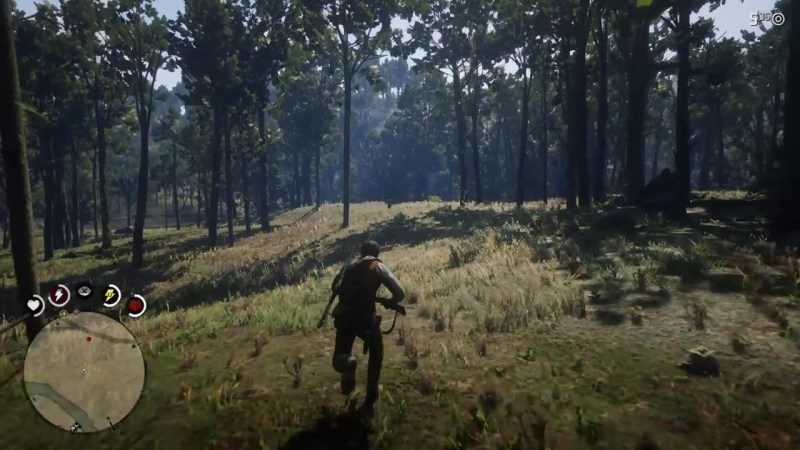 The Strange Man is a mysterious person (or a spiritual being) who first appeared in Red Dead Redemption 1.

Although you won’t find him in person in RDR2, you can still get to his cabin.

You can find the cabin in the middle of a small lake. It’s located just east of the words Kamassa River on the map. 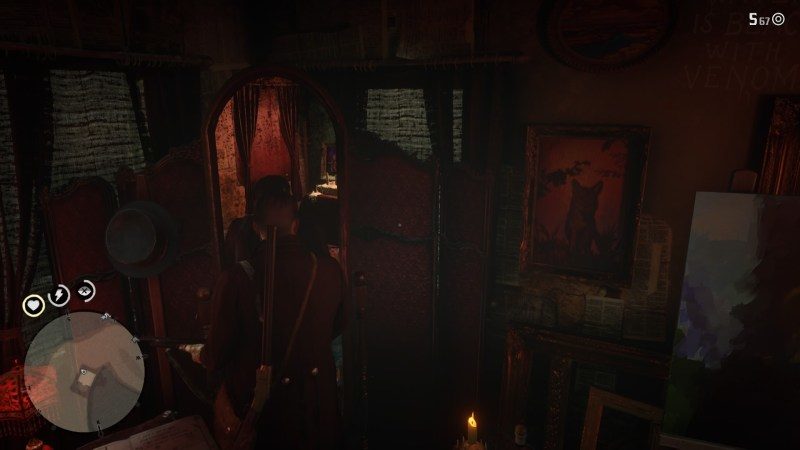 The interior of the house is creepy and is filled with paintings.

The scary part is when you’ve reached 100% completion of the game. You should see a painting in the middle of the cabin.

It changes according to your progress, and when you’ve hit 100%, his face appears (fully painted).

Also, you will then see him standing behind you whenever you look into the tall mirror. How creepy is that?

There’s also a zombie teaser in this game. It was first discovered by a player who posted it on the RDR2 subreddit.

You have to get to Tall Trees and find an abandoned camp site called Bear Claw. You should see it on the map, east of a Trapper. 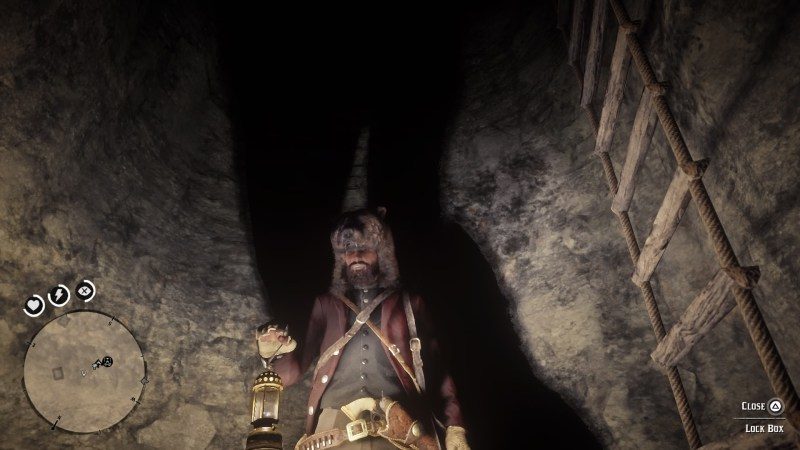 The creepy part is this. If you get there around midnight or after, your character’s face will look like a zombie.

And when you turn on the light, it changes back to normal. It’s super creepy but it didn’t seem to work for me.

In this second installment (yet prequel), you can find giant bones that resembles a giant at Mount Shann.

There probably isn’t any Bigfoot in person in RDR2, but here’s hoping to more discoveries on this. 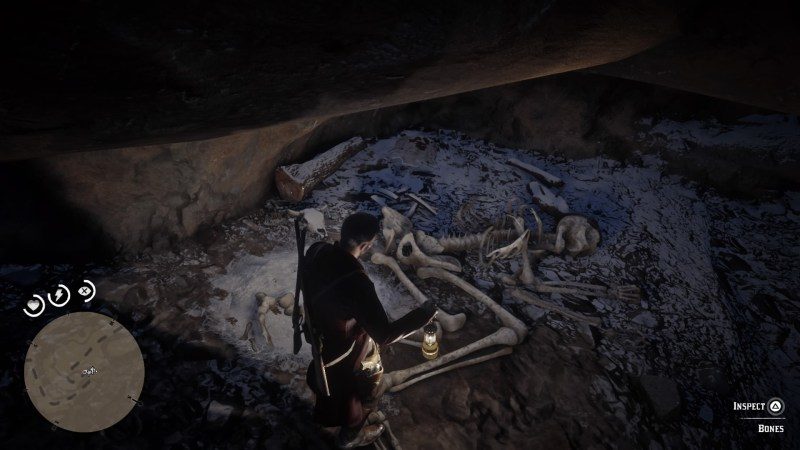 Last but not least, you can encounter the Ku Klux Klan (extremist racist party) quite randomly at night.

If you just roam around at night near the trees, you may hear people talking, and if you investigate further, you may find the KKK.

They will be in a big group, all dressed in white except its leader. 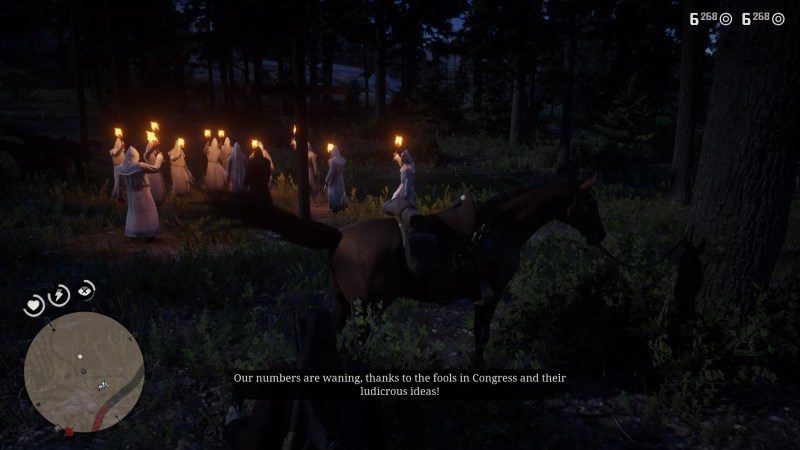 If you attack them, all of them will use their pistols and shoot at you.

If ghosts exist in this game, so can a vampire. There are steps before you can unlock the encounter with the vampire.

In Saint Denis, there are five graffiti for you to find and interact with. Once you’ve done that, the vampire appears at midnight sharp, near the gun shop. 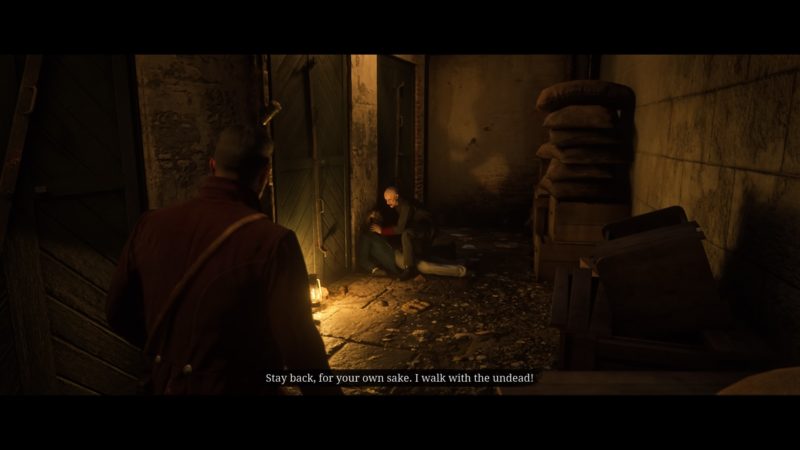 For full information (location): How To Find The Vampire In Saint Denis

What are your favorite easter eggs or strange encounters in this game?

There are some points of interest not mentioned here, like the Jesuit Missionary or Princess Katharina (IKZ).

If you do know of other cool stuff, do leave your comments below.

How To Find The Fastest Horse (White Arabian) – RDR2

Red Dead Redemption 2: How To Find The Pagan Ritual

Red Dead Redemption 2: Best Weapons Of Each Type In The Game