Flaco Hernandez is one of the legendary gunslingers in Red Dead Redemption 2.

Your mission is to talk to him and get some stories on Jim “Boy” Calloway.

Here’s a walkthrough on finding and meeting Flaco Hernandez in RDR 2.

Just as with the other gunslingers, you need to look at his photograph and flip to the back for the wordings to unlock his location.

You will find his exact location in the map below. He’s actually located pretty high up the mountain and up north, in the snowy area. 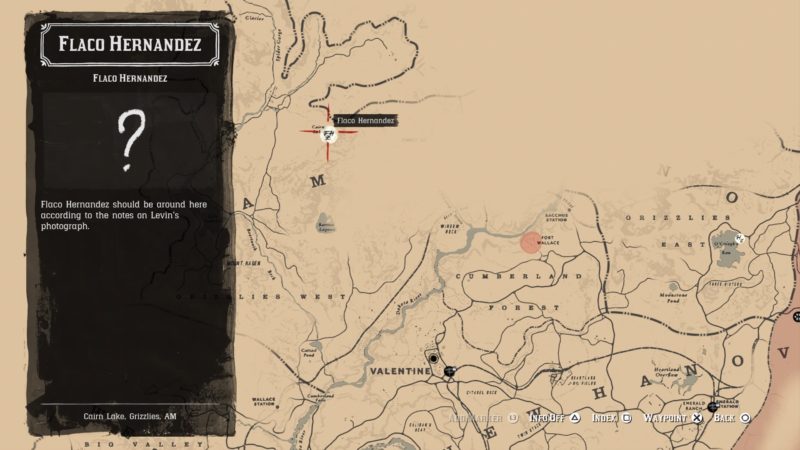 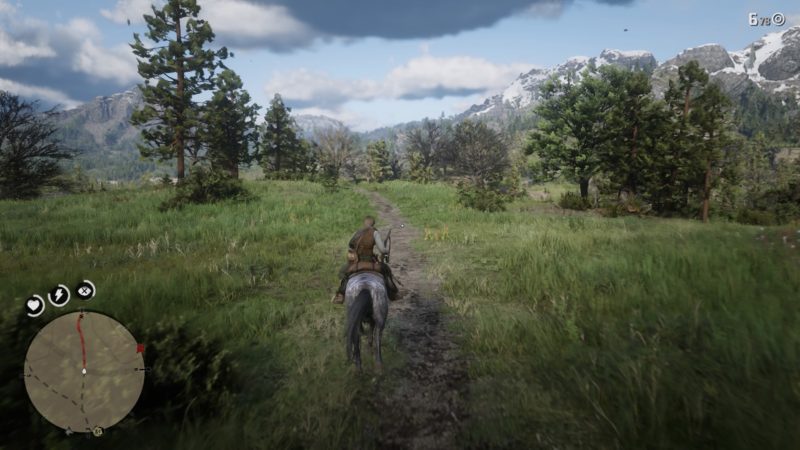 The ride is pretty long so you may want to take a stagecoach to the nearest location. 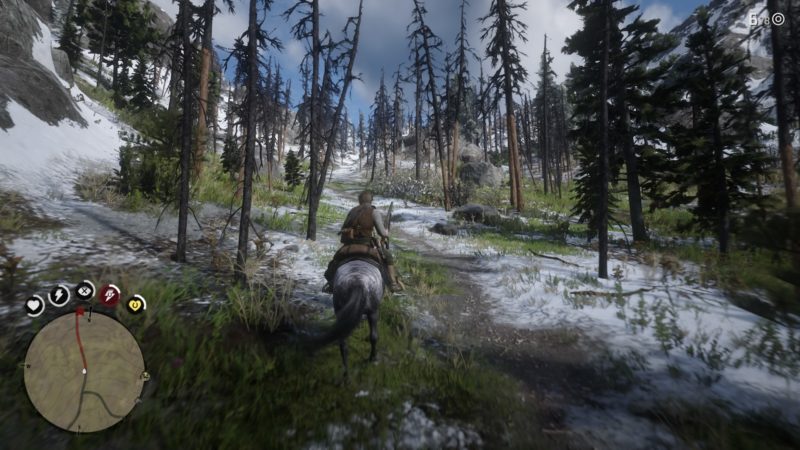 You will see a campsite once you’ve reached. 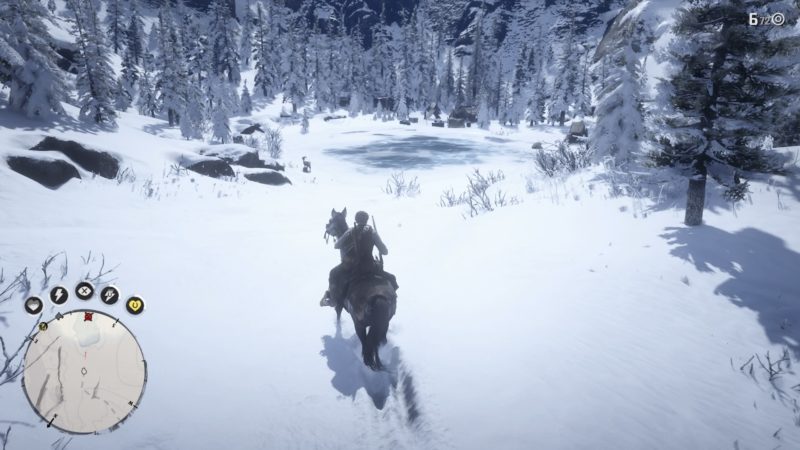 As you approach the camp area, talk to Flaco’s men. They will want to get rid of you and start shooting at you. 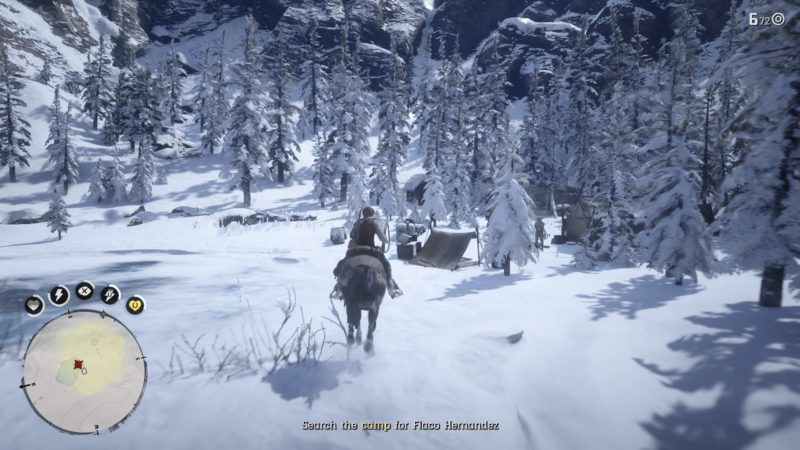 Kill all of them in the camp. They are also known as the Del Lobo gang. 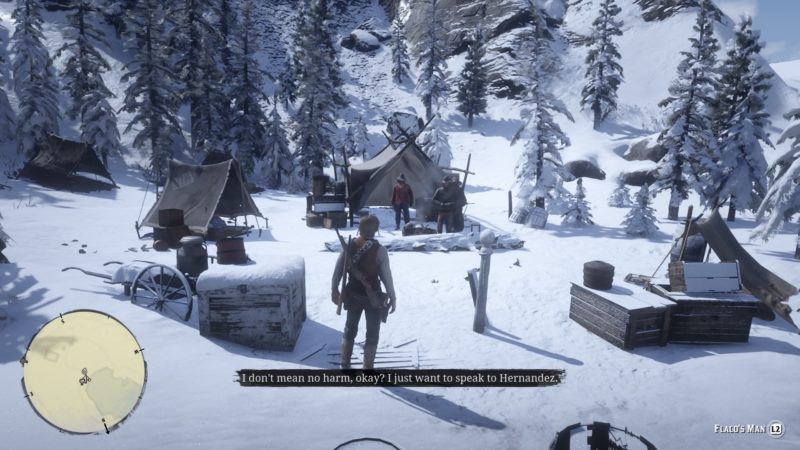 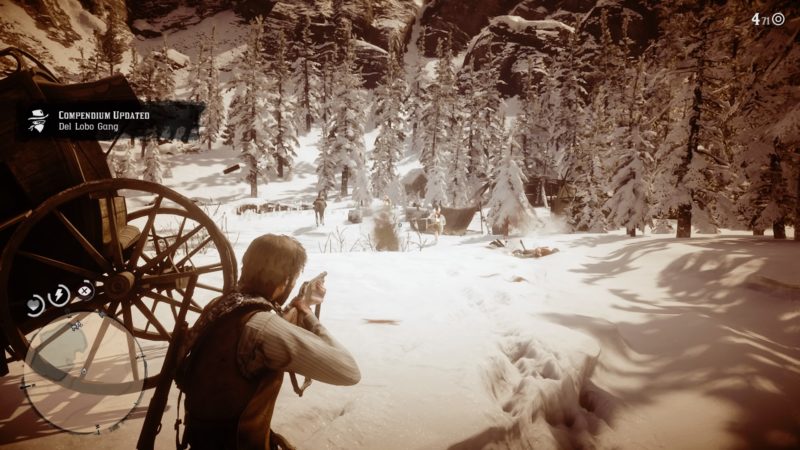 Defeat Flaco Hernandez in a duel

Call out Flaco who’s hiding in his shack. 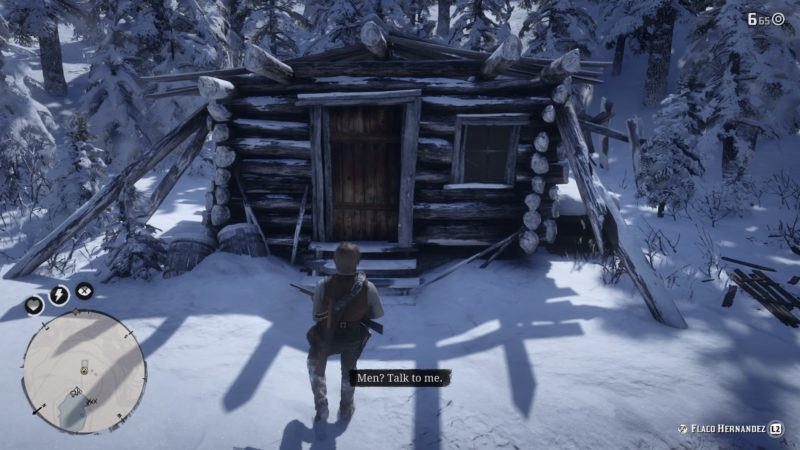 He will then come out of the shack and immediately duel with you. 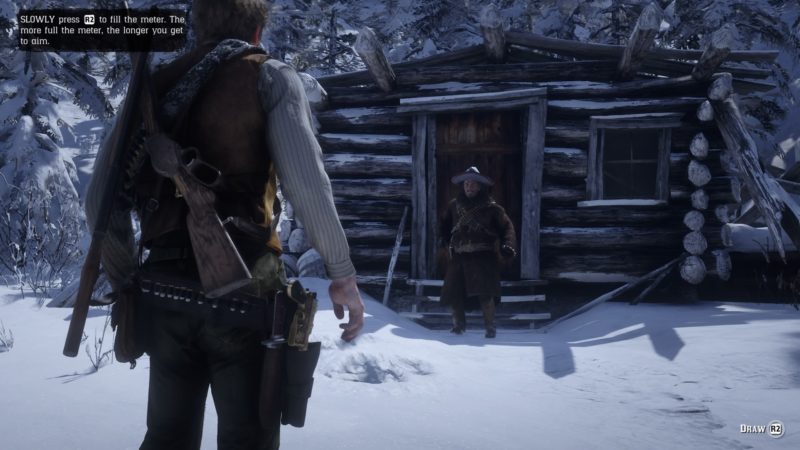 Once again, press R2 slowly to fill the dead eye meter (to give you more time). Shoot him as soon as possible. You don’t need to aim for the head. 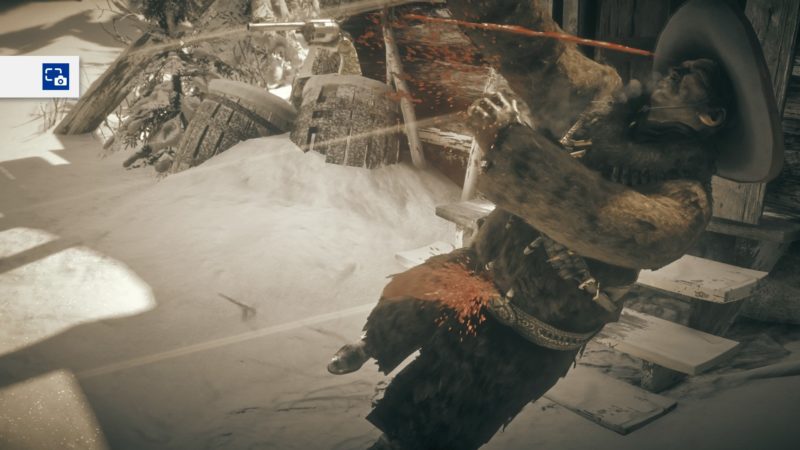 Once he’s down, go to your camera and take a photo of his dead body. You can also loot his personal gun for your own collection. 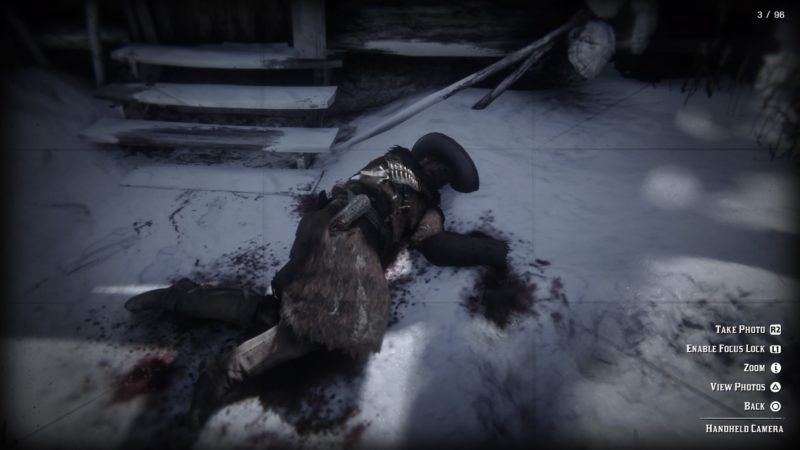 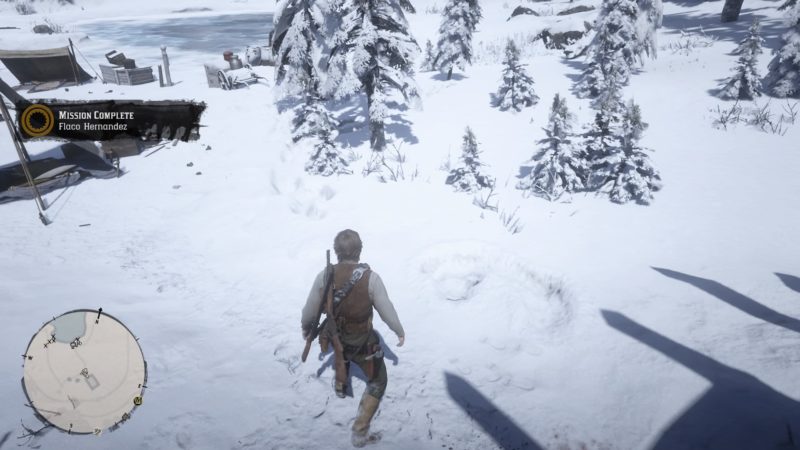 Once you have all four gunslingers dealt with, you will have to meet Levin (writer of the book) to proceed.

That’s the end of this walkthrough.

Red Dead Redemption 2: No, No And Thrice, No