The Smell of the Grease Paint is a mission in Red Dead Redemption 2 that you can start at Roanoke Ridge.

Your role is to help a lady find a man called Magnifico. Here’s a walkthrough of The Smell of the Grease Paint in RDR 2. 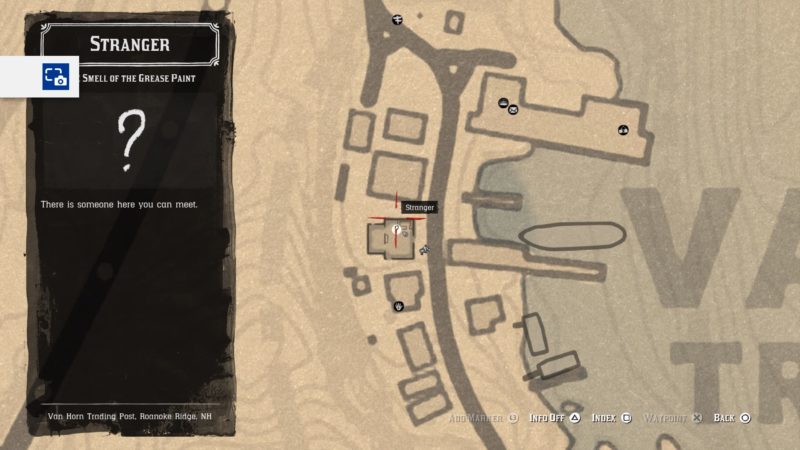 To start the mission, enter the saloon and find the bar. You will see a lady and a tall man (Bertram) arguing. 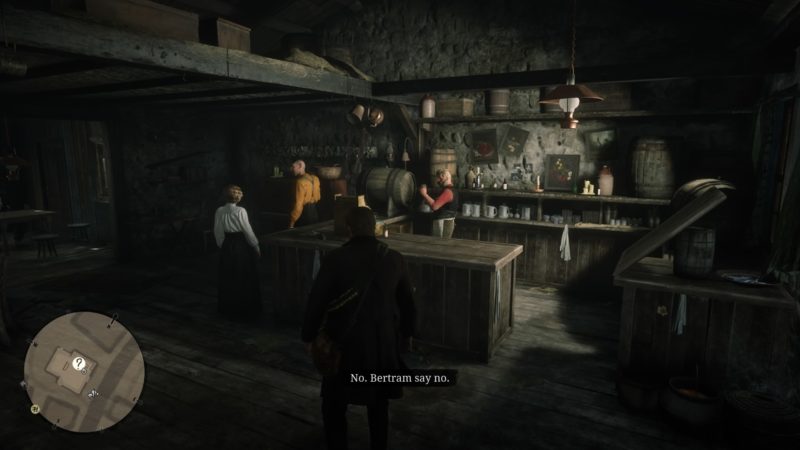 Talk to her to start the mission. 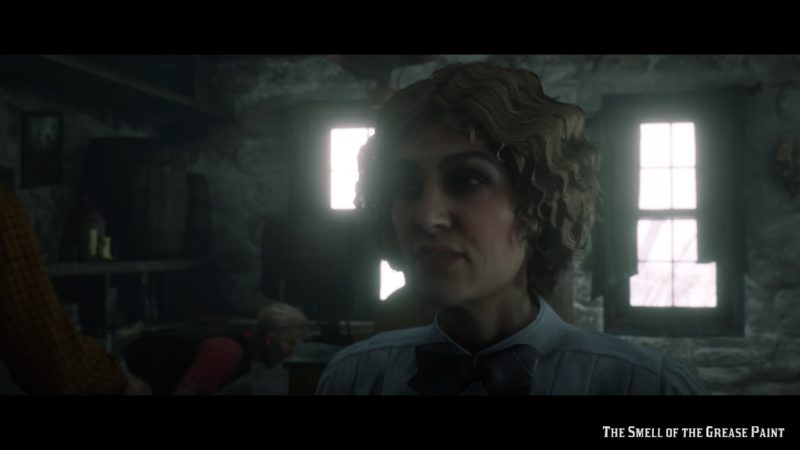 After the cutscene you have to fight Bertram by punching him in the face. Keep hitting him until he falls. 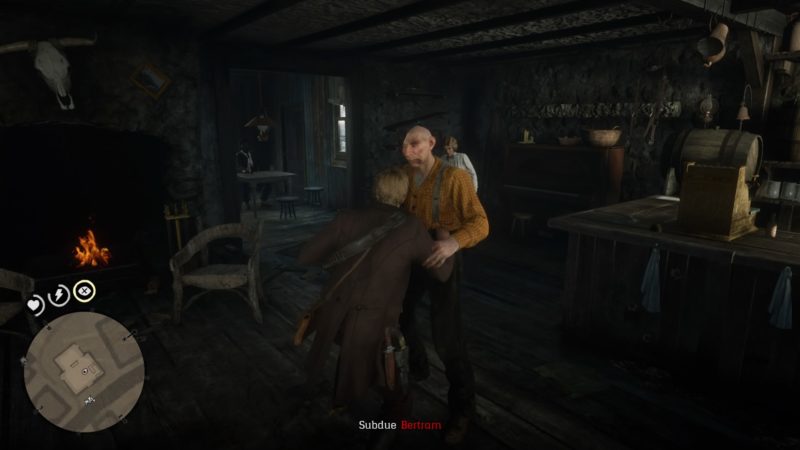 After the first part of the mission, you have to find her other son called Magnifico. He’s a dwarf who’s totally opposite from Bertram. 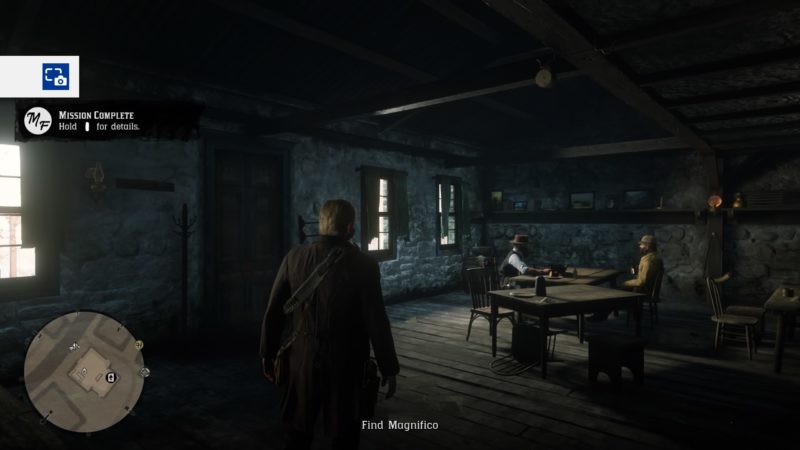 You can find Magnifico southwest of the bar you were in. His exact location is shown in the map below. 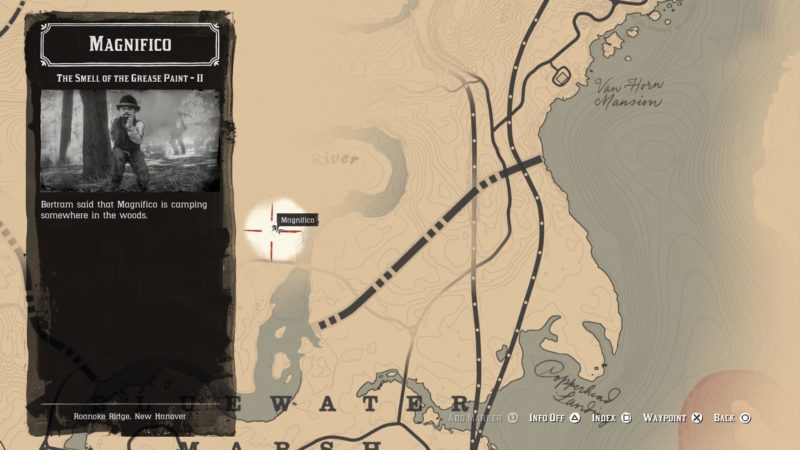 You will spot him in a tent with a campfire nearby. Talk to him. 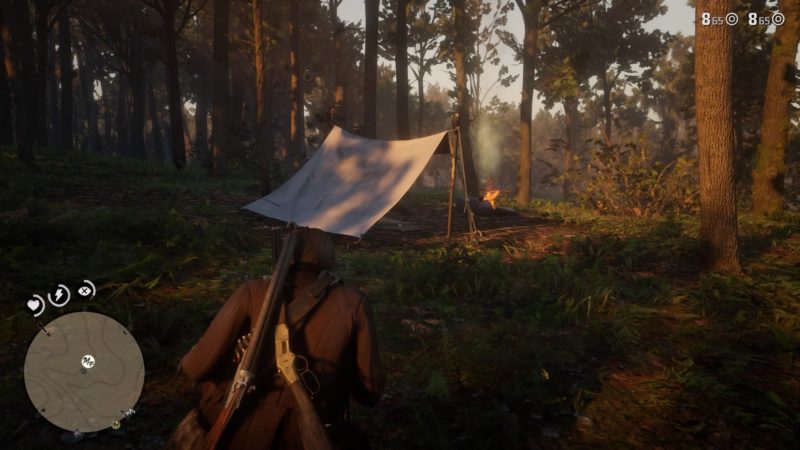 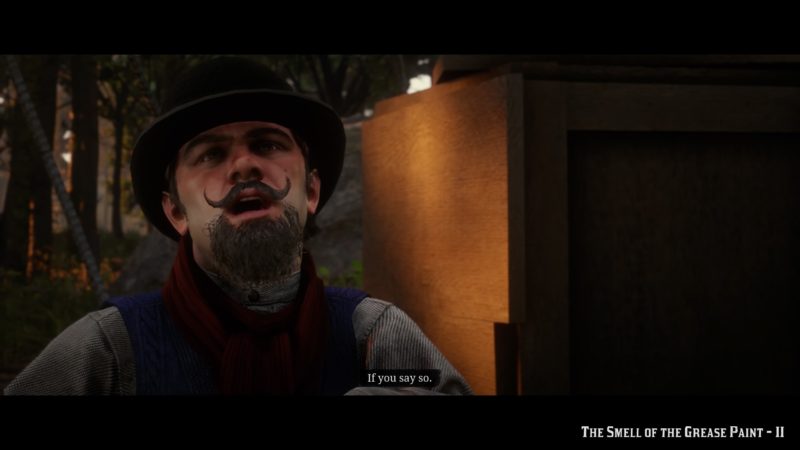 He will escape after the cutscene and the entire mission is all about chasing after him. 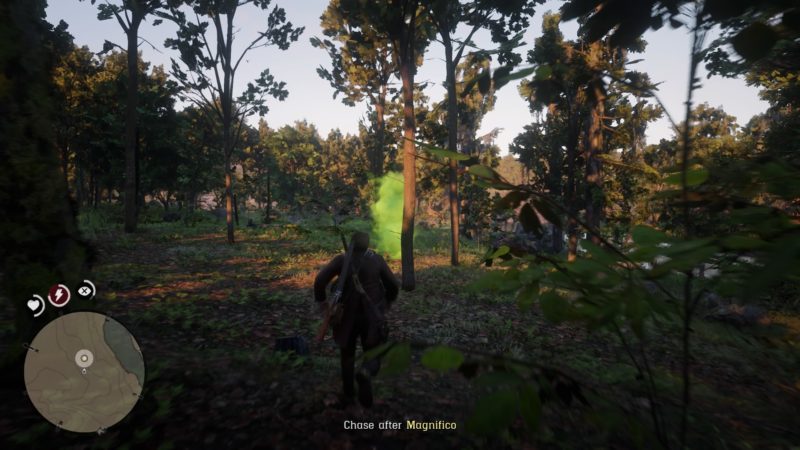 At one point, you need to just search in the colorful smoke that he left behind. Obviously, he won’t be inside any of it. 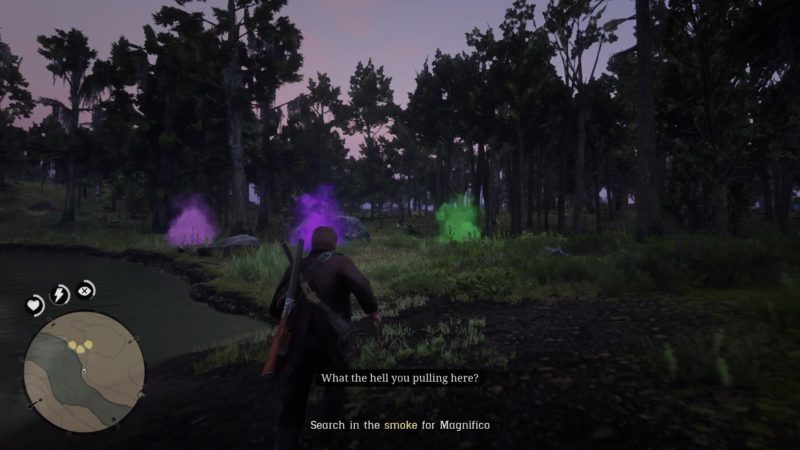 Just keep following the trail / smoke he leaves behind. 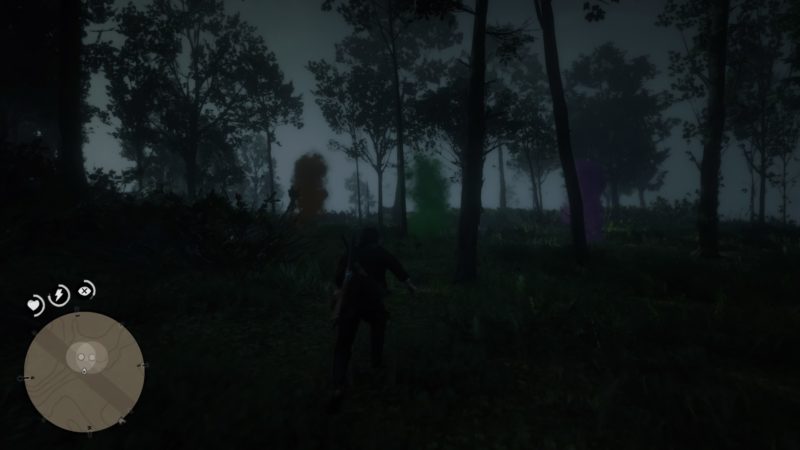 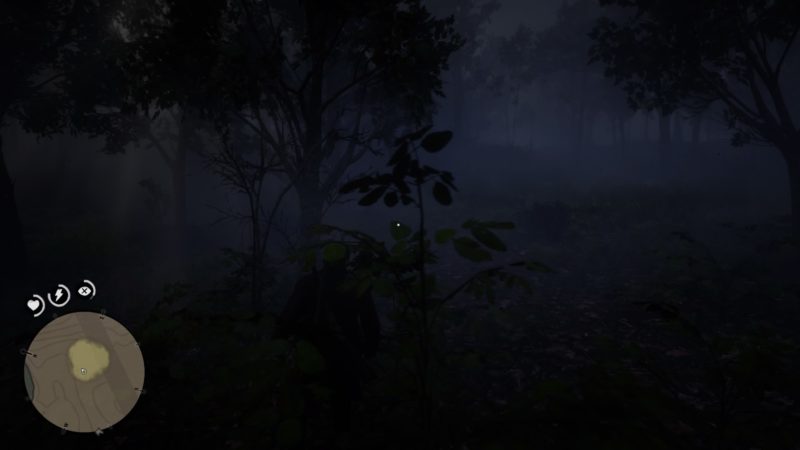 At a certain point, you need to look around the area for him but he won’t be there. That’s because he’s on the damn tree. 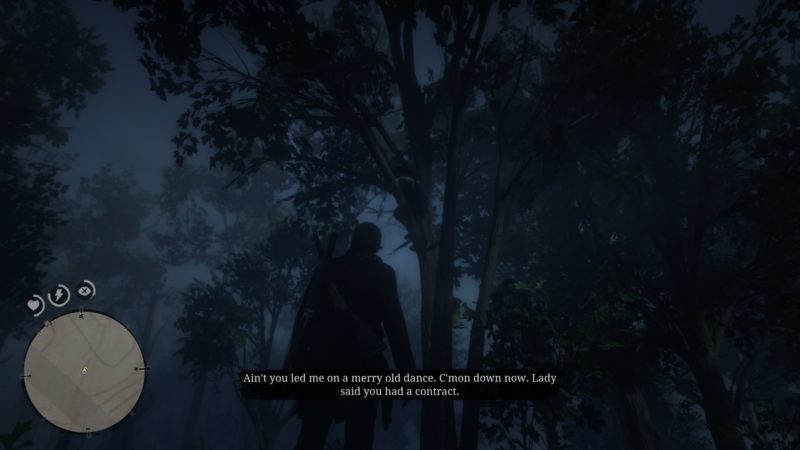 Continue the chase and there’ll be a train passing by. He won’t go onboard the train but he’ll remain nearby on the tracks.

A cutscene will appear where Bertram and the lady comes to take him back. 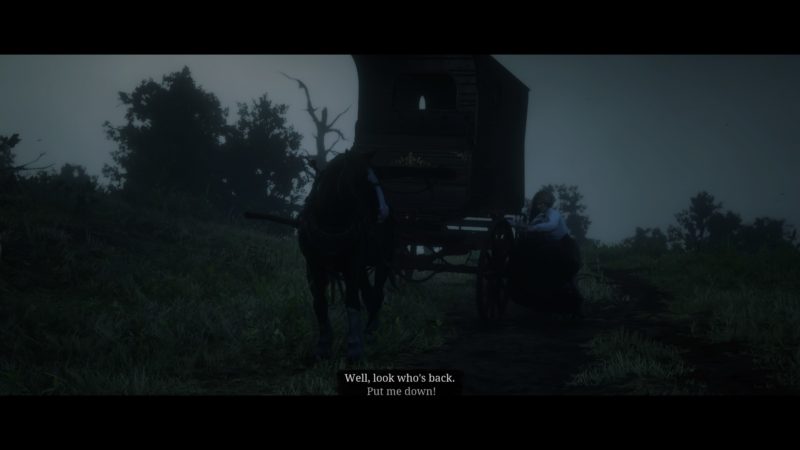 And that’s it. The mission completes here. You didn’t even have to catch him. 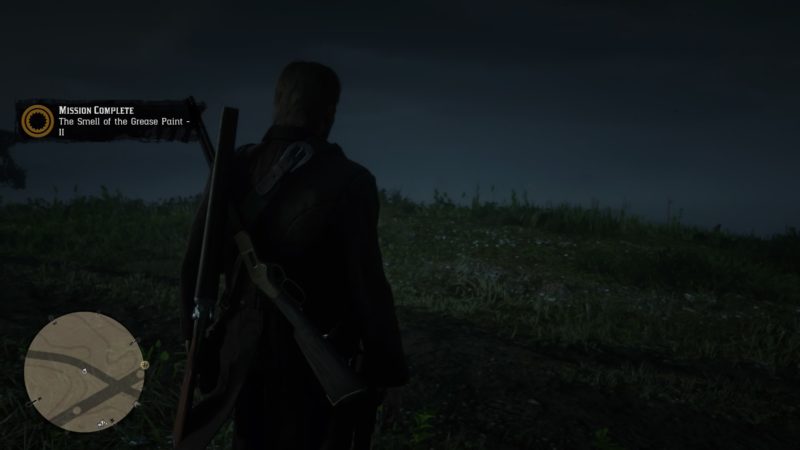