King of Avalon: Dragon Warfare is a mobile MMO game and is popular both on the iOS and Android.

It’s basically a game that allows you to build an army and at the same time raise dragons for the army. After King Arthur’s death, everyone (like yourself) fights for the throne.

You can form alliances with other players to win wars together. Unfortunately, such a graphic-intensive game requires a lot of battery power.

Disclaimer: There may be affiliate links in this article.

An emulator is an app that mimics a mobile phone so as to enable you to play such games on your computer, especially if the developer has no PC version of the game.

If you used the link above, you should see this screen below.

Use the same account that you used on your mobile phone for this game to allow the data to sync.

2. Look for King of Avalon and install the game

Once that is done, look for King of Avalon using the search bar above. It should appear like the screen below. 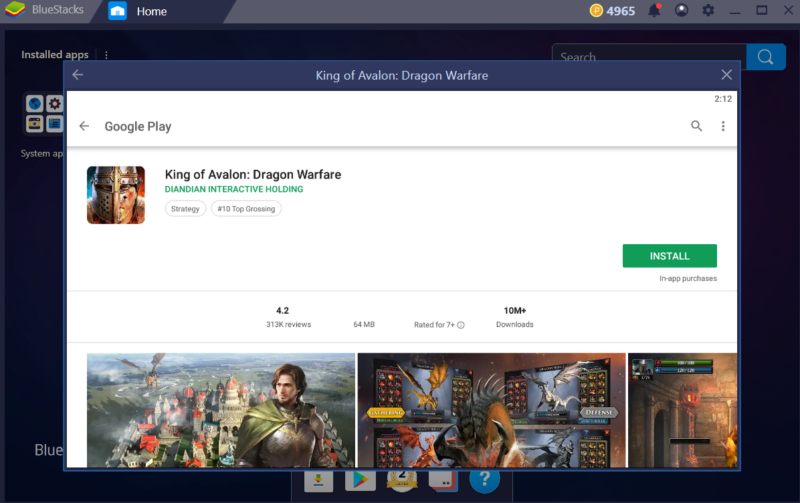 3. Play King of Avalon: Dragon Warfare on your PC now

And that’s about it. After installing, you can just play King of Avalon on your PC with the same account assuming you signed in with the right account. 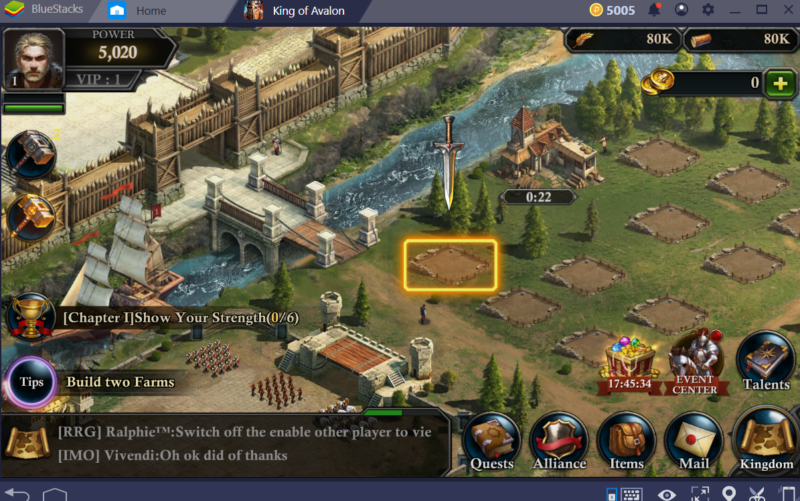 This is how the game looks on computer.

If you need to map certain in-game buttons with keys on your keyboard, just use the keyboard icon at the bottom of the Bluestacks app.

Since the game King of Avalon is quite battery-intensive, it’s better to use a PC to play whenever you have access to one.

Hopefully this simple guide has been helpful for you.

How To Play Lords Mobile On Computer

Play Final Fantasy XV: A New Empire On Your PC

How To Play Art Of Conquest On Your PC

How To Play Guns Of Glory On PC

How To Play Linda Brown: Interactive Story On PC

Play Azur Lane On PC With An Emulator