Persephone’s Little Birds is a quest in the Atlantis DLC of Assassin’s Creed Odyssey.

Your task is to find out whether the blacksmith and the messenger are spies of Persephone.

Here’s a walkthrough of Persephone’s Little Birds in AC Odyssey. 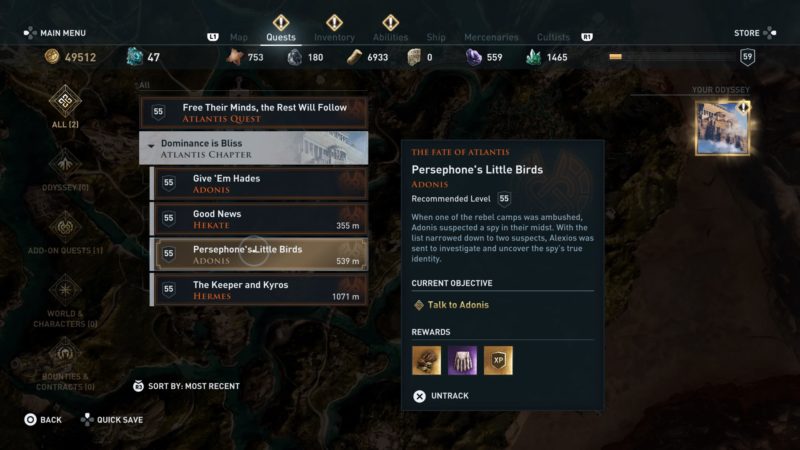 This quest is recommended for level 55 and above, but it differs according to your own level.

Your first task is to find and talk to Adonis. His exact location is shown in the map below, in Deukalion’s Heritage. 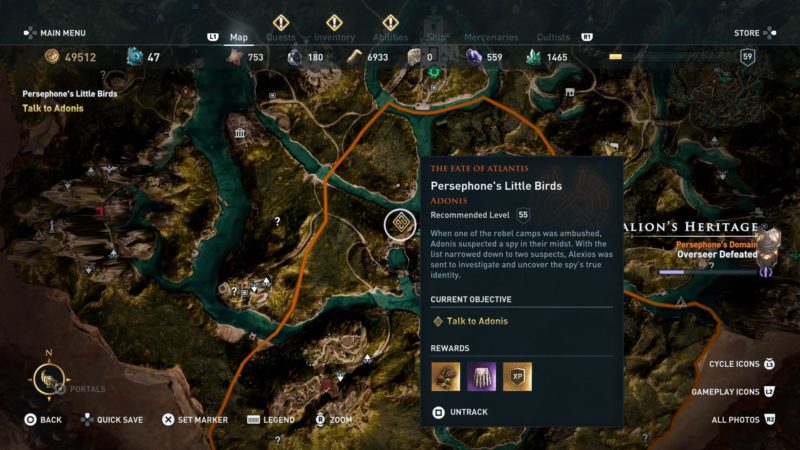 You will find him here at the Village of the Glorious Dead, staring at the scenery. Talk to him.

Investigate the homes of the messenger and the blacksmith

Adonis will tell you about the messenger and the blacksmith. Their homes are located just nearby where you are, at the exact location shown below. 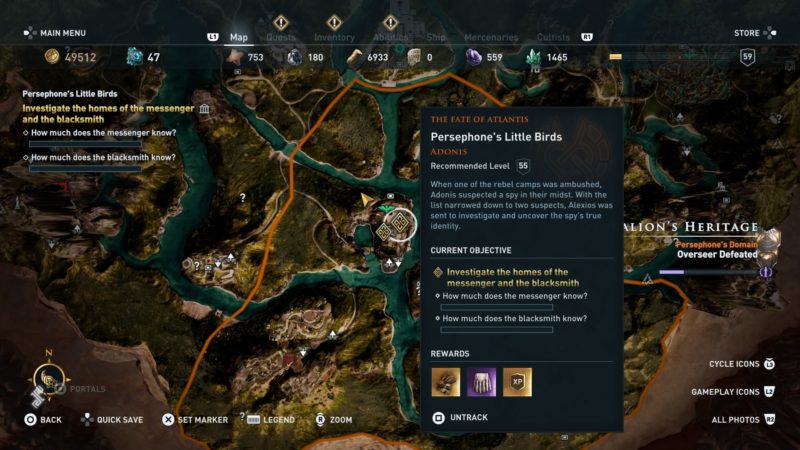 Inside the houses, you have to investigate the clues. 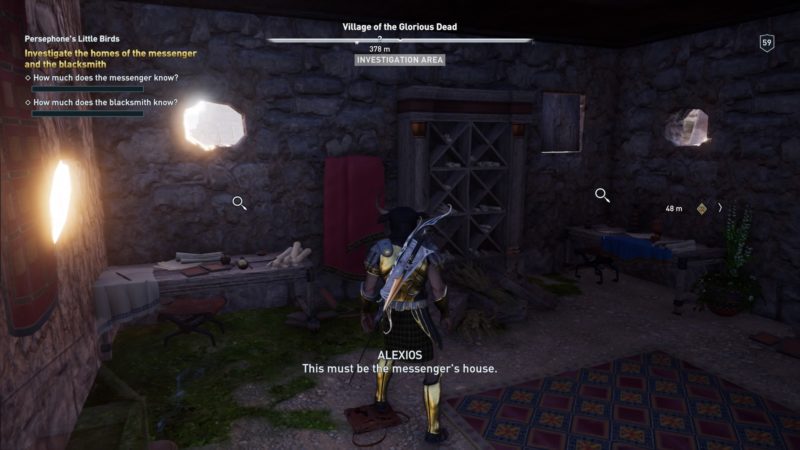 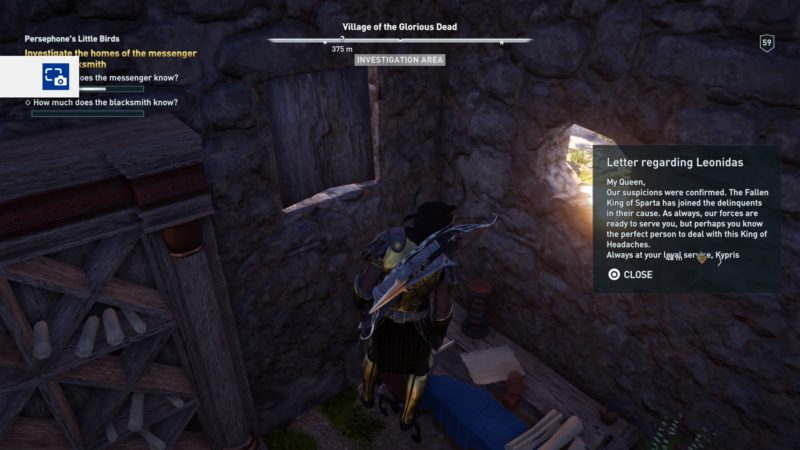 Similarly, you have to investigate the blacksmith’s house. 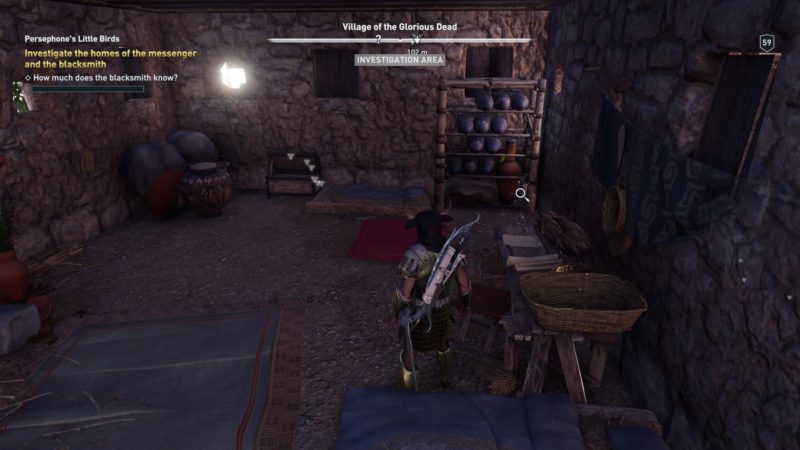 Turns out, both of them are spies.

Reveal the identity of the spy

Now, get back to Adonis and reveal the spy’s identity.

As both of them are spies, you need to prioritize one. 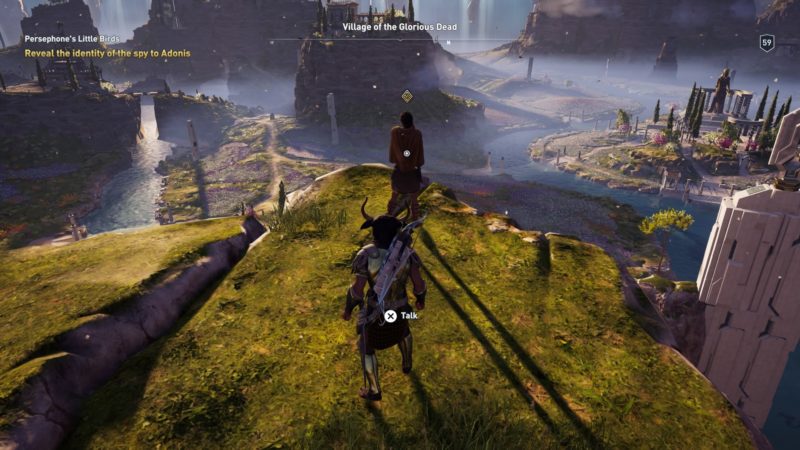 During the conversation, I chose the messenger. 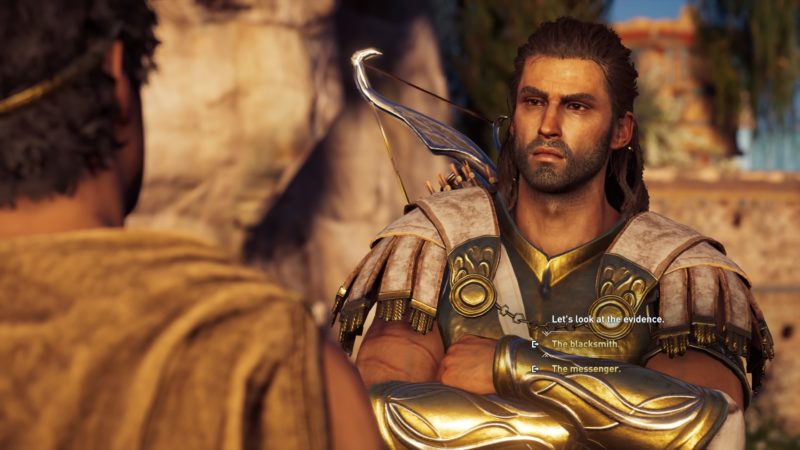 Get to the rebel camp at the exact location shown in the map below. 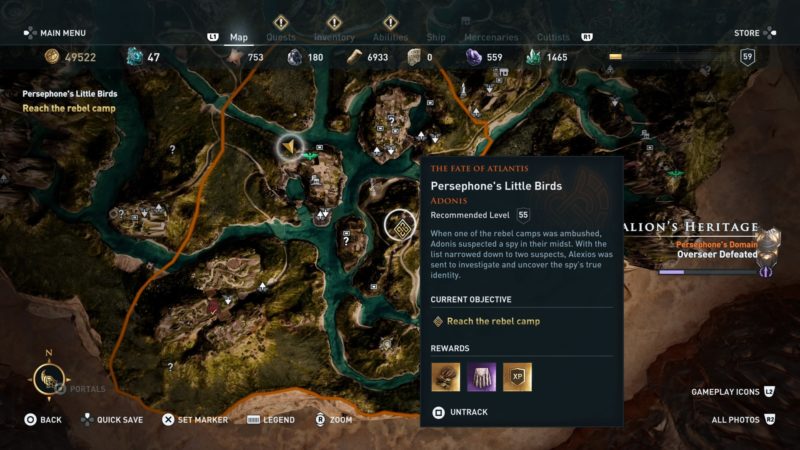 If you chose the messenger, then you have to eliminate him. He will be surrounded by some Isu guards.

Kill all of them. 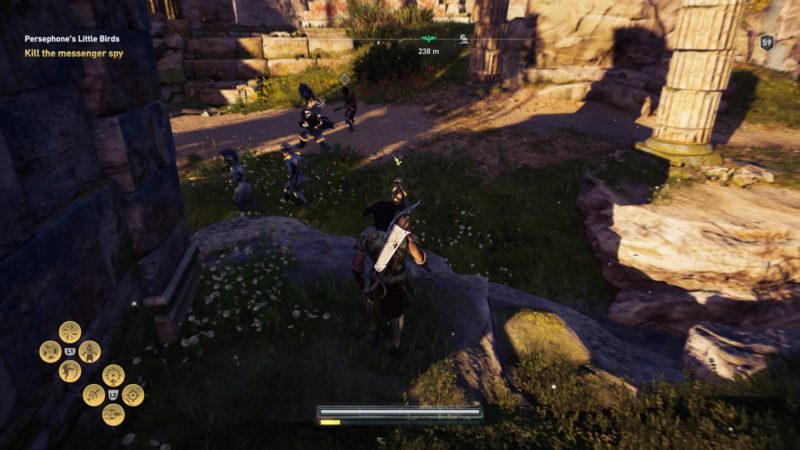 After eliminating the messenger, get back to Adonis at the location shown below. 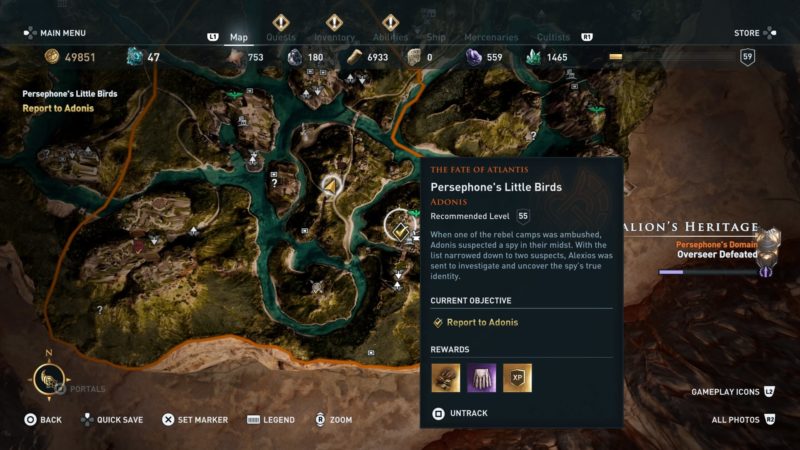 Talk to him. He’ll be at the rebel camp this time. 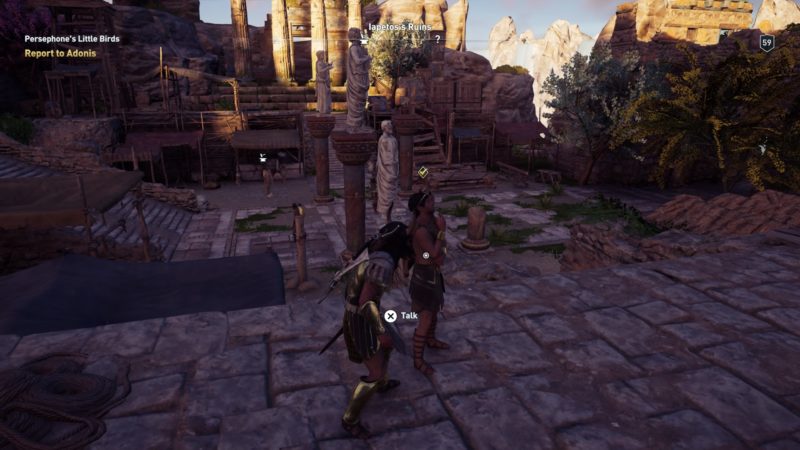 The blacksmith spy will escape as you went for the messenger. The quest completes here.

You will get an Isu Myrmidon Pteruges and some drachmae. 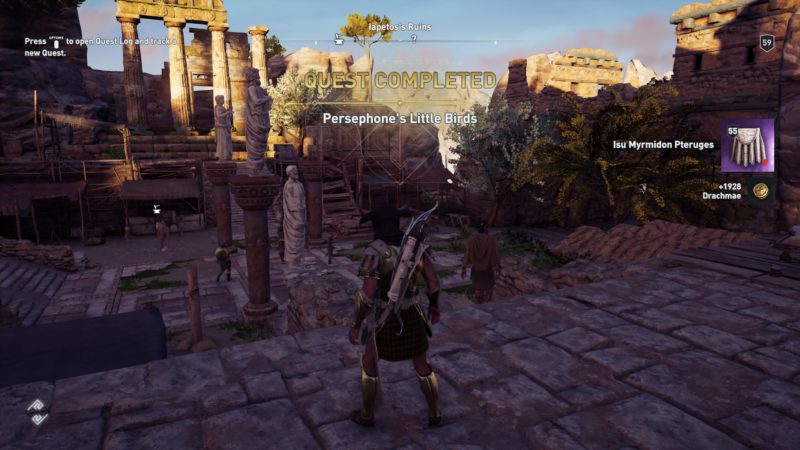