Orion’s Symbol is a support quest in The Fate of Atlantis in Assassin’s Creed Odyssey.

Your task is to get to the Tomb of Orion in Boeotia and find the symbol.

Here’s a walkthrough of Orion’s Symbol in AC Odyssey. 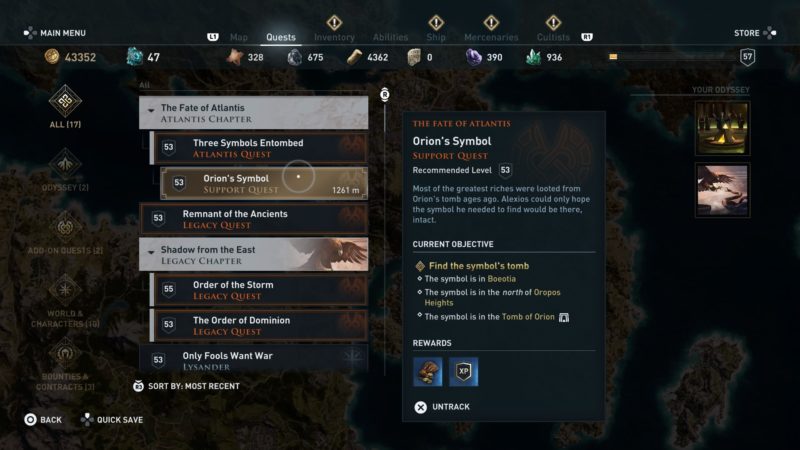 Find the tomb of Orion

Your first task is to find the tomb. The tomb is located in the eastern part of Boeotia. 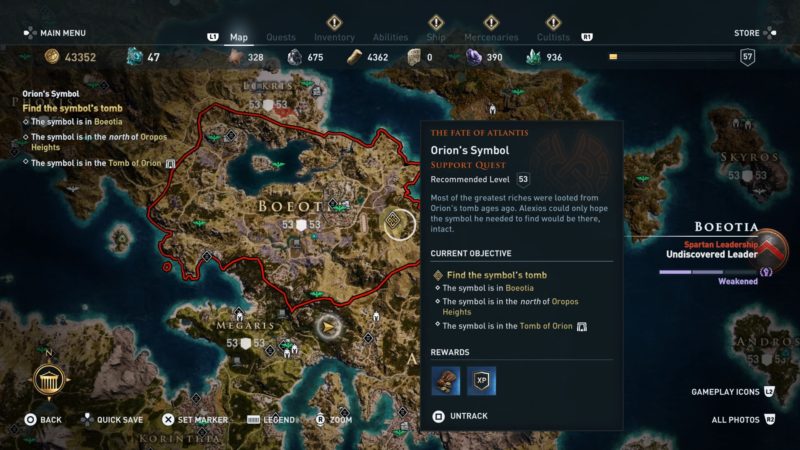 As you get closer, use Ikaros to show the exact location. You will come across this entrance to the tomb. 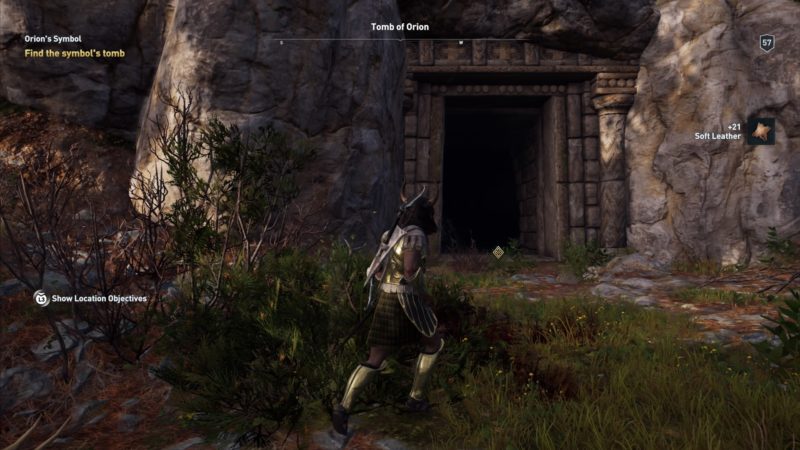 Inside, you will meet Aletheia again. Talk to her to begin. 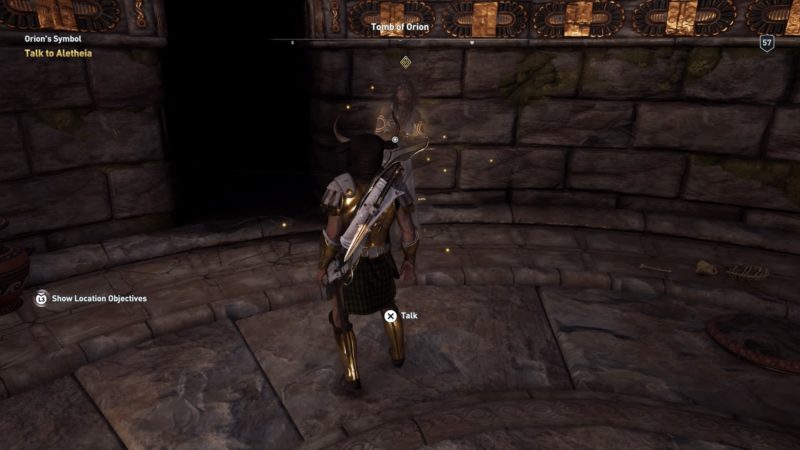 In the conversation, I chose “We will be together again” but it may not be important. 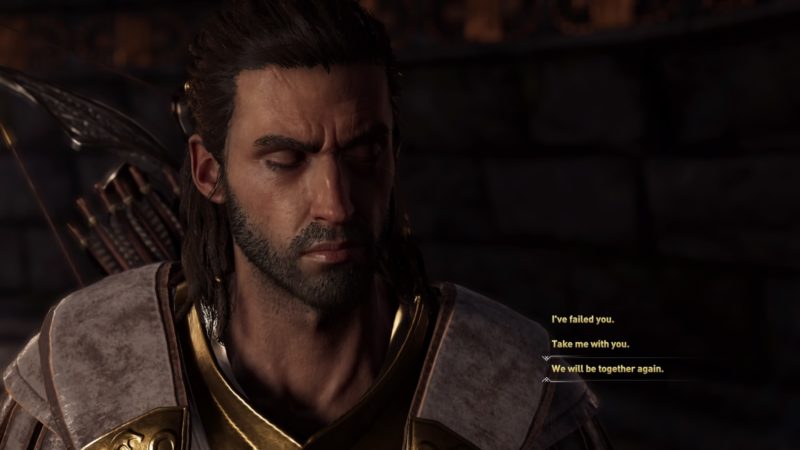 You will be transported back to Layla. The main objective is to find the symbol.

After spawning, you will see three branching pathways. Go to the left (as the center and right are both blocked). 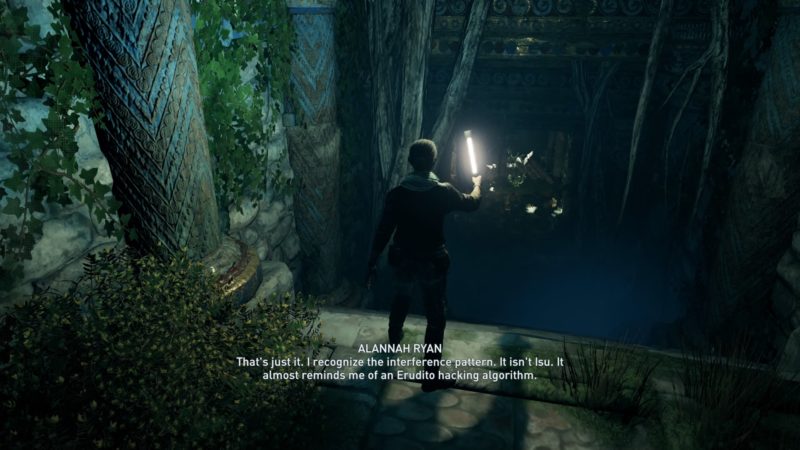 Keep going until you find this room with this symbol (similar to Agamemnon’s quest).

This room is a dead end. Go out of the room and right in front of you, there’s another pathway. Use that way.

Keep walking and you’ll find a corpse here. You can loot a few drachmae. If you see this corpse, you’re on the right way. 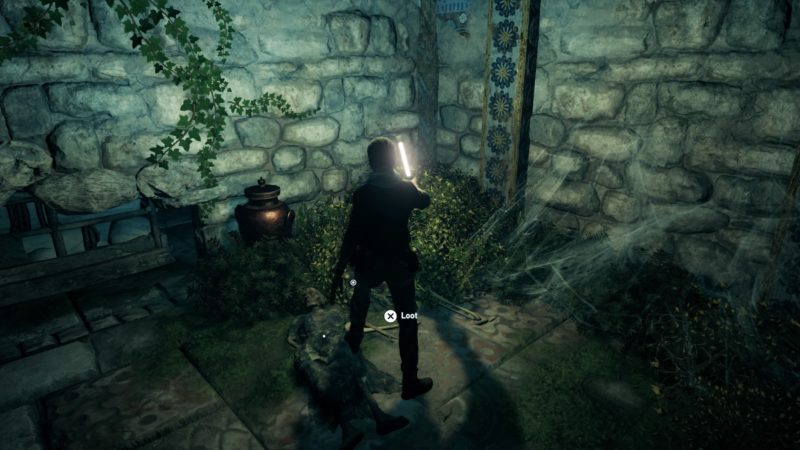 Keep walking until you reach another room with a circular platform in the middle. 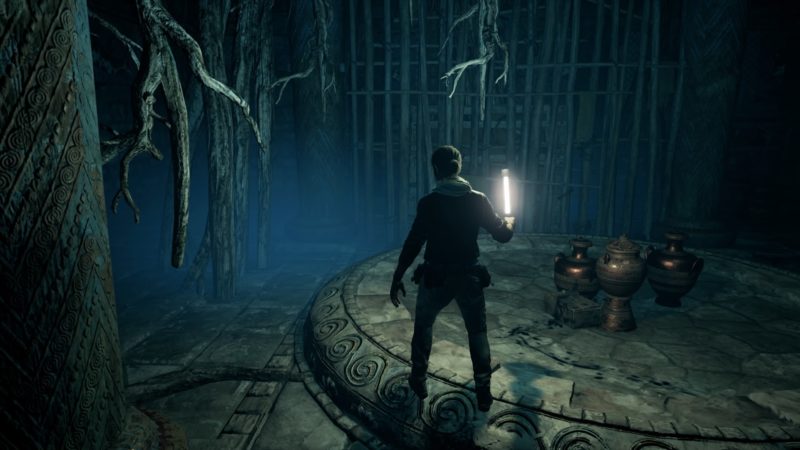 Get to the pots on the side of the room. Break them and slide through the crack on the wall. 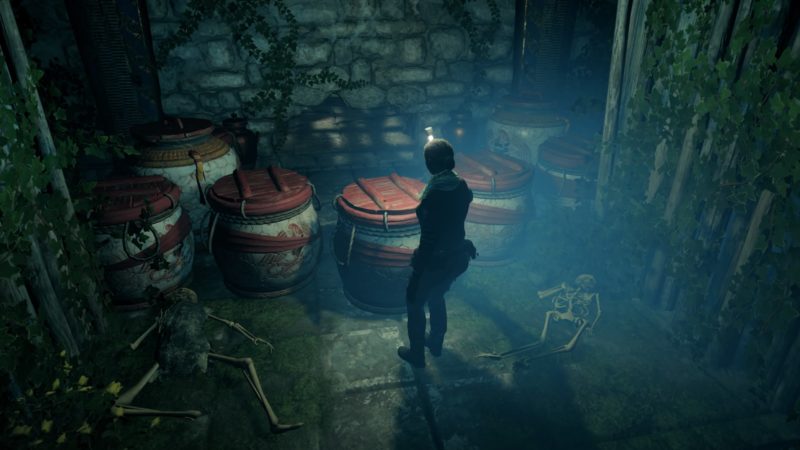 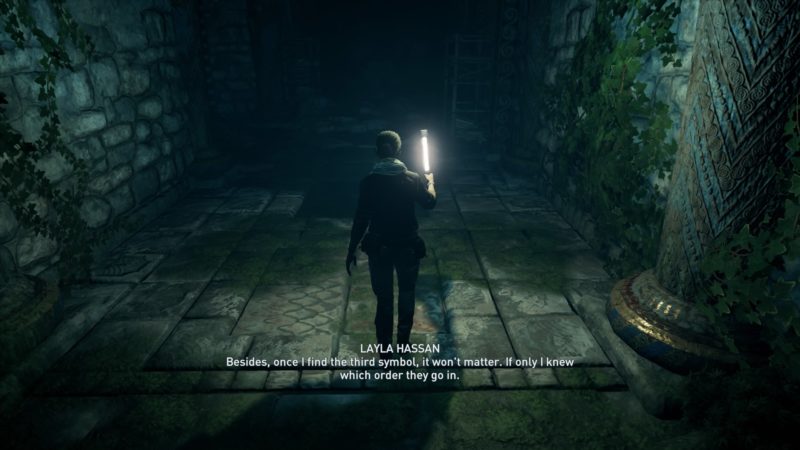 Your aim is to get into this room with some shallow water on the ground. 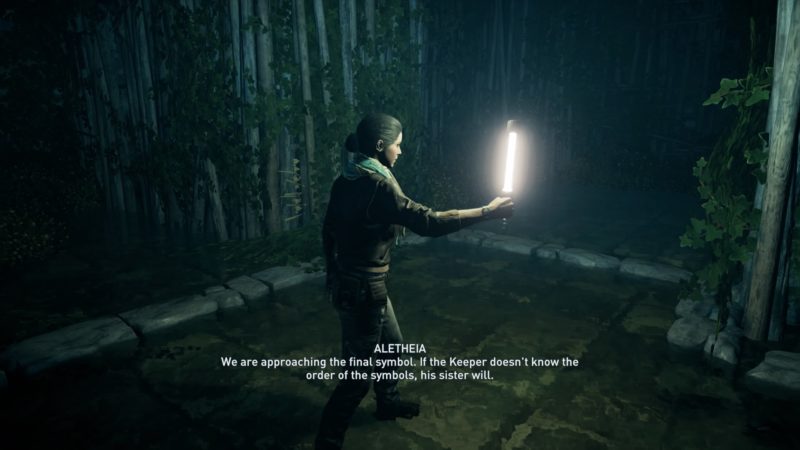 You should see a huge hole in the ceiling and you have to get up to the next floor.

Drag this shelf all the way to the middle. 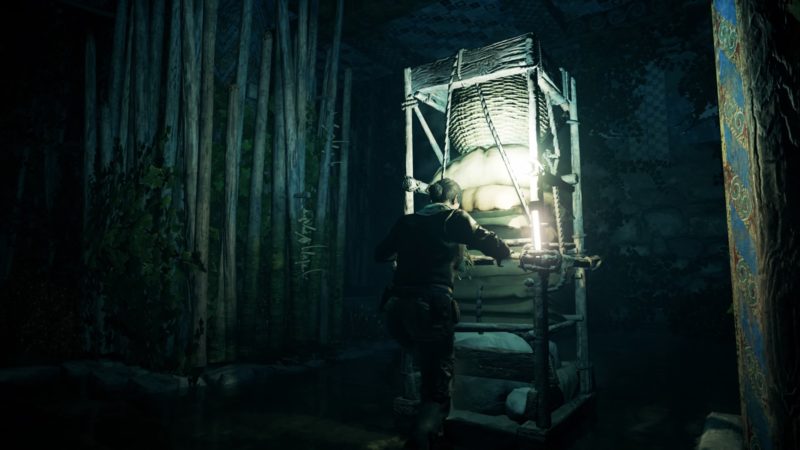 Climb on the shelf. From the shelf, climb on the rope and eventually climb to the next floor. 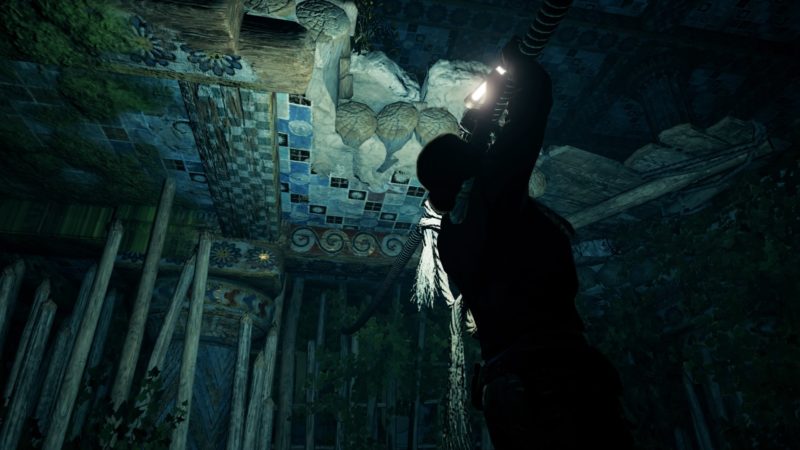 The symbol is on the wall. Interact with it. 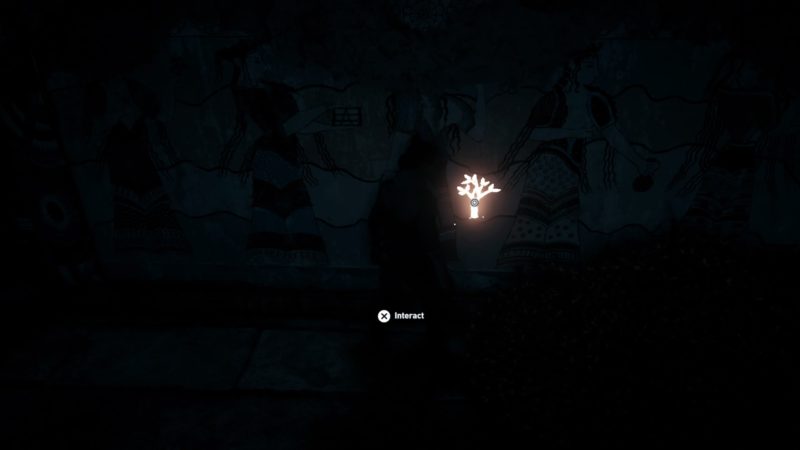 If this is the last symbol, you will be transported to play as Deimos and there’ll be a cutscene you just need to follow.

Later, you’ll have to use Layla to open the wall to get to Atlantis and it’s a different quest from then on.