We’ve all read tons of “best of” lists, which detail the best of the best in gaming. You can find lists for every genre under the sun, and general ones which span genres. Today, we’re focusing on games which may not have made any of these lists – the underrated gems which we feel didn’t get a fair shake when they first came out.

Our list contains a few games which aren’t current, which means you may need to dig out that old console in order to play them. However, some are current – we’ll let you know which is which below.

Old console or new, we feel that each of these games deserves a shot. They’re tons of fun for a variety of different reasons, and great options for when you’re bored with the latest blockbuster hit.

Here are some of the most underrated video games of all time. 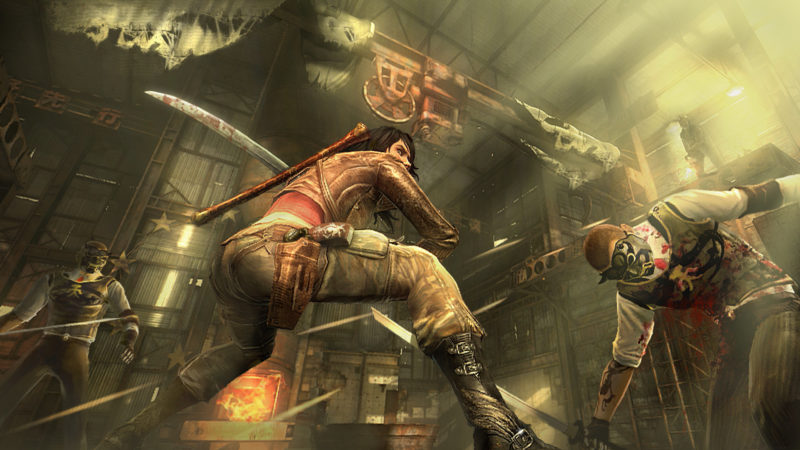 If you’re a fan of the comic-book-style gore and fighting that dominated popular movies in the mid-2000’s, you’re going to fall in love with Wet.

Don’t let the pornstar-esque main character fool you – Wet’s name is actually taken from the phrase “wet work.” This is a term which means killing in the worlds of mercenaries and mafia, and literally means getting your hands wet with blood.

Rubi, the main character, does plenty of wet work. As a bounty hunter and mercenary, she is hired in the beginning of Wet to retrieve an important hijacked briefcase. The plot unfolds like a typical action movie, with plenty of action to be found.

Wet is a third-person shooter game, which means you get to watch all of Rubi’s vicious kills and acrobatic moves (often at the same time). Perhaps our favorite feature of Wet occurs when Rubi gets blood on her face. In the best Viking tradition, she goes into a murderous, rampaging rage wherein her attacks are stronger and her speed increases.

As she kills more enemies and gets more blood on her, the rage continues. These scenes are in a very bold red, black and white color scheme, bringing to mind graphic novels or the movie Sin City.

All in all, Wet and Rubi are a heck of a good time, and one which deserves hunting down. The game can be had for practically nothing online and even in stores if you’re lucky, and you probably have a compatible console lying around somewhere – if you don’t, one of your buddies does. Trust us. 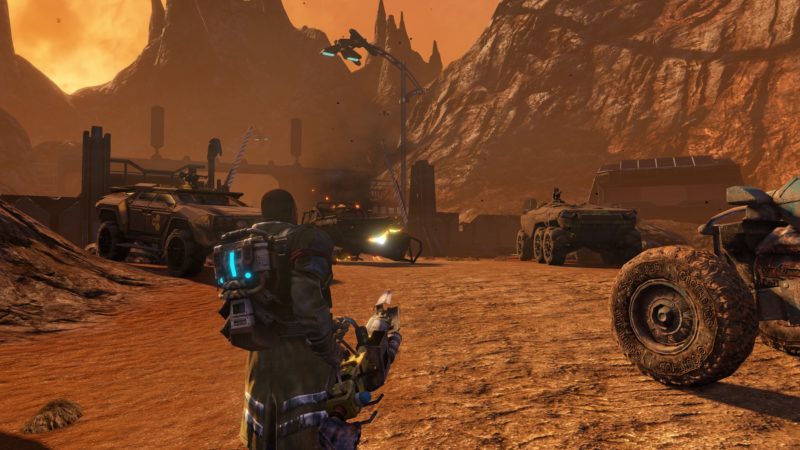 We know, we know – this game has flaws. The missions feel a bit repetitive, and the gameplay can get a little uneven. It’s not the greatest game in the world – but it’s far from the worst, and we think that its redeeming qualities were highly overlooked by reviewers and gamers alike.

Set on Mars, Guerilla places you in the shoes of Alex Mason, sent to the red planet to assist in overthrowing the Earth Defense Force, an oppressive organization. It’s another third-person-shooter, allowing to to watch Alec as he levels enemies and buildings alike.

Leveling buildings is one of the best parts of this game. While you can’t destroy terrain as in other games in the franchise, you can entirely level pretty much everything else in the open-world landscape. This leads to some incredibly intricate plotting, plus the bonuses of salvage left behind when a building or other structure falls.

This is a game for when you just want to break stuff and not get too emotionally involved in a game – it’s great for playing with friends at a party or just blowing off steam after a hard day. Either way, it’s worth a second chance if you didn’t check it out when it debuted. 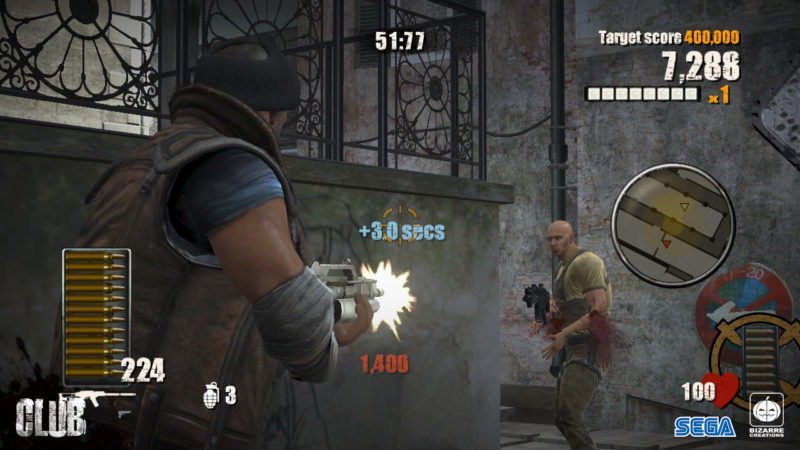 If the first rule of Fight Club is “don’t talk about Fight Club,” then the members did a brilliant job. We hardly come across anybody – even in the gaming world – who has heard of this game.

Worse, many who have heard of it have never played it. This is a shame, because it’s one of the best of the best when it comes to pure combative brutality.

The Club is a fairly simple idea. An underground fighting ring, run by a bunch of rich elitists who place bets on the blood sport. You have a choice of eight different characters, all with their own unique sets of weaknesses, strengths and skills.

We love this game because it keeps it simple. There is very little in the way of storyline – once you understand the concept of The Club, you pretty much understand the entire game. What it lacks in depth of story, however, it makes up for in pure, brutal, adrenaline-surging combat. After all, who doesn’t occasionally want to beat the ever-loving crap out people? This is the game for those days!

It’s also great for playing at parties or just kicking back with friends for a relaxed night. No thinking required – just action! Basically, this is the Bruce Willis, Van Damme, Jason Statham and Jet Li movie of the video game world. 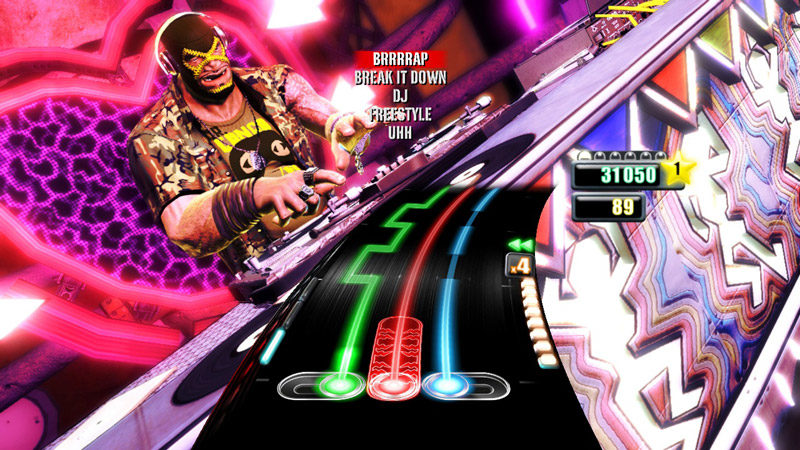 Please don’t get us wrong here – we adore the Guitar Hero franchise. Lately, however, the song offerings have gone from stadium-hand-waving, head-banging classics to – well, crappy pop music. If you’re into pop music, our apologies. We just feel that the franchise has strayed far from the roots which made it so popular in the first place.

Heck, video games are a massive (and one of the only) ways that younger generations discover older music. We feel justified in mourning the decline of something that not only had young kids jamming to classic rock, but being inspired to actually play it.

Ranting aside, we were pleasantly surprised by DJ Hero. The all-new format breathed new life into something that was beginning to feel stale, and encompassed a whole new type of music. Plenty of people we know weren’t excited about the Hero franchise simply because they were more in the rap and hip-hop camp than the rock world.

DJ Hero brings a bit of hip-hop to the franchise, which means more people falling in love with classic songs. Where else can you get Tupac and David Bowie in one game? Nowhere we’ve looked.

If the concept threw you at first, just think back to when Guitar Hero first debuted. “Playing guitar? That’s the whole game? Pffffffttt.” Yeah, we heard you. And you were wrong. Which means you just might have been wrong about this game.

Give it a shot – if you’re a fan of basically anything ever played in any dance club, we think you’re going to love it.

2 – The Chronicles of Riddick – Assault on Dark Athena 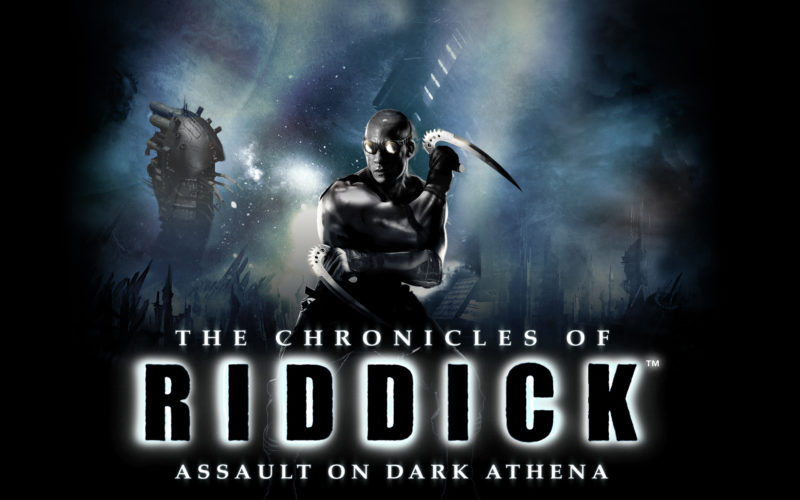 This is one of those games that reminds us of indie movies – loved (for the most part) by critics, hated or overlooked by the general public. Unlike many indie movies, however, this game won’t stick you watching two hours of minimalistic dialogue and intense facial expressions while characters work out their feelings over endless cups of black coffee. Oh no. This is Riddick, after all. You get to work out your feelings by shooting your foes square in the face.

This game is a first-person-shooter combined with tons of planning and stealth. You have no protection except your wits and, just like in real life, it only takes a bullet or two to end up dead. Your survival depends on your ability to plan and strategize, which makes this a great game for those who like their action with a side of required thought.

The basic storyline isn’t going to win any Pulitzers, but it’s compelling enough to keep us thoroughly entertained. Combined with graphics that were amazing back in the day and still pretty fair, it’s more than enough to warrant a look. 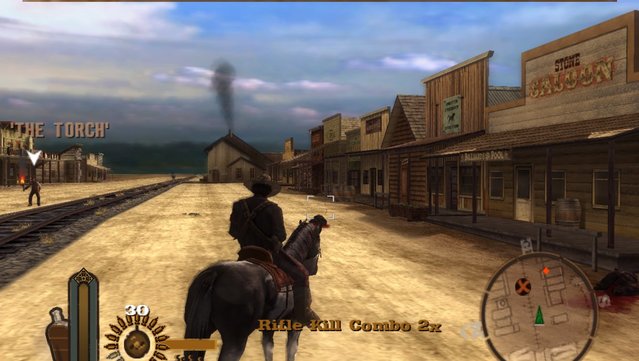 Yes, we’re going back – way back – back into time. Back to the days when online gaming was still wearing baby shoes and Paris Hilton dominated the Hollywood gossip scene. When the jeans rode low and the tracksuits were velour. Back to the world of 2005.

This game was very well-received when it was introduced, which almost pushed it out of the running for this list. However, when we asked people about it, we were stunned at how many barely remembered it. The Red Dead series debuted just a year earlier and while many thought initially that Gun was simply riding leather duster coattails, it quickly proved itself to be a solid addition to the western game genre.

Set as a third-person-shooter except when in slow-motion, first-person Quickdraw time, Gun is really a simple game. You slide into the saddle of Colton White and battle the bad guys, the baddest of all being greedy Tom Magruder.

Along the way you’ll deal with brothel-dwellers and dubious preachers, Native Americans and corrupt law enforcement. Side missions can earn you extra cash and are a lot of fun, offering everything from herding cattle to poker to mining gold.

If you’re a fan of western games or movies, you owe it to yourself to give this one a try. If you played it but don’t remember it well, play it again! It stands the test of time, and while the graphics aren’t the greatest by today’s standards, we honestly feel that it adds to the old-timey atmosphere. Giddyup!

We’ve presented six games to you in this listicle. What are your favorite underrated games?

Do leave your comments below on which video game you think is highly underrated or underappreciated.