MapleStory M is bringing in Golden Apples in this latest Cygnus Knights patch. I was beginning to wonder when they were going to introduce Gachapon to this mobile game.

Back in MapleSea, they had Gachapon machines where you had to buy tickets with real cash. The prizes were of course tempting but there were plenty of terrible prizes alongside it as well.

Here’s a short article on what this new Golden Apples has to offer to MapleStory M.

1. What can you get from Golden Apples?

To buy these Golden Apples, go to the Cash Shop.

There are plenty of things you can get from the Golden Apple gachapon as shown below. 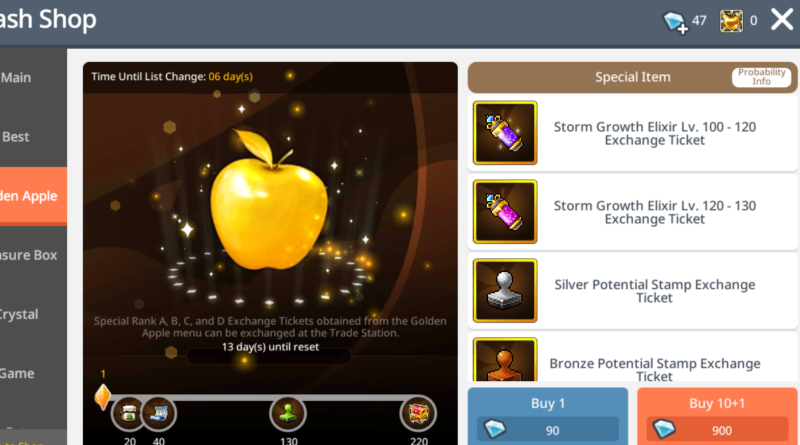 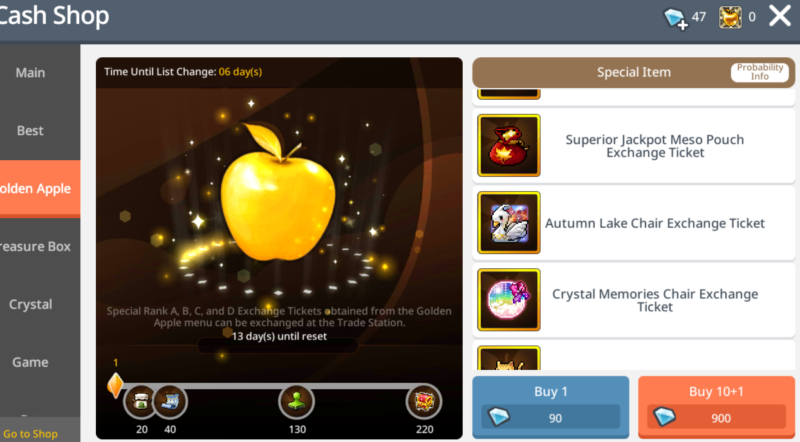 Here are some notable items worth mentioning:

Probability of getting good items from Golden Apple

Needless to say, it’s pretty bad. Just look at one screenshot I took of the list. The list goes on and this is mainly the best stuff you can get. 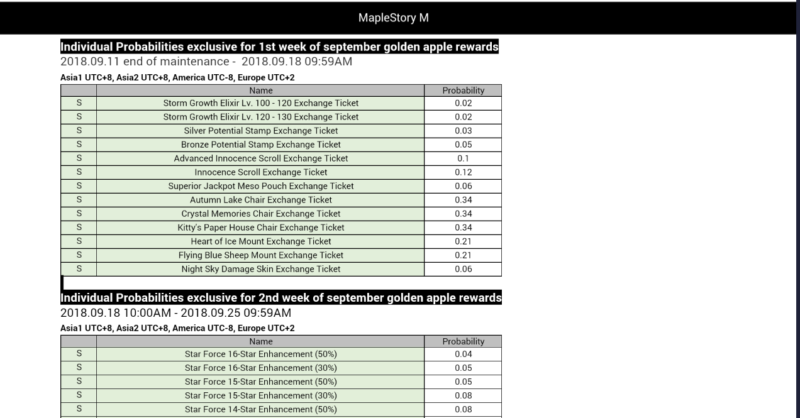 The Storm Growth Elixir only has a probability of 0.02% which is super low. The others are not far behind.

I bought one Golden Apple ticket myself to test my luck and see what kind of item they can offer. 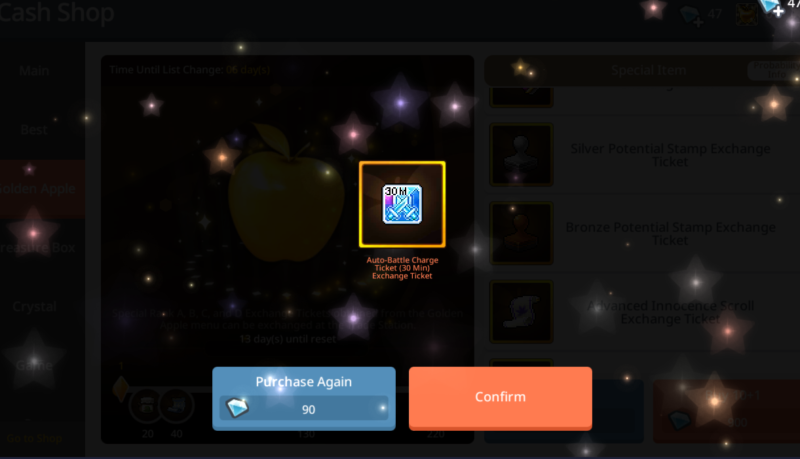 It’s none other than the 30 minutes auto-battle ticket! Not a surprise there Nexon. 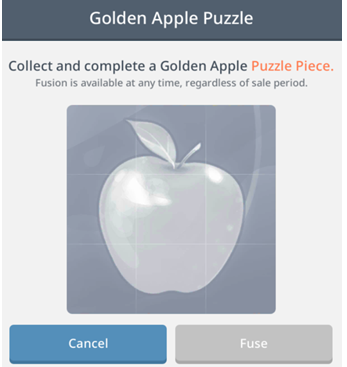 You also have the possibility of getting one of these puzzle pieces from the Golden Apple ticket.

There are 9 pieces to the puzzle and you need to collect all 9 to collect a “superior” reward.

There’s a list of rewards you can get from fusing the 9 puzzle pieces, including the following:

You’ll be spending a lot of real cash before getting any of that. To get just one puzzle piece requires a lot of luck (and money).

4. You can buy some of these Golden Apple items on the Trade Station

Luckily, there’s a way to buy some of the Golden Apple items, assuming players are willing to sell. 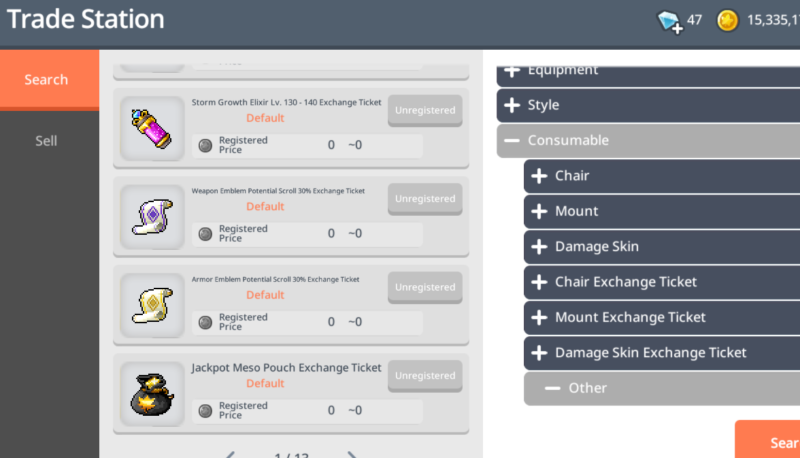 I doubt anyone would sell emblem scrolls, as they would just use for their end-game weapon / armor. In any case, just take a look at the Trade Station from time to time.

Many changes have been made to MapleStory M after the Cygnus Knight patch, including the introduction of Immortal Guild Dungeon.

Now it’s possible to trade your mythic item and at the same time use a scroll to give it emblem status.

Then again, it’s more beneficial towards those who can spend a lot of real money on this game (unless you can find it in the Trade Station).

MapleStory M: Mu Lung Dojo Guide (How To Complete It)

How To Increase Your DPS – MapleStory M