Hype Tour is a story mission in the DLC Lego Speed Champions on Forza Horizon 4.

You can unlock the story mission sometime in the middle of your completion.

Here’s a brief introduction and guide on the Hype Tour in Lego Speed Champions.

How to join the Hype Tour

To unlock this story mission, you should have collected about 1,400 bricks where you also extended your house.

This mission will appear here as shown in the map below. 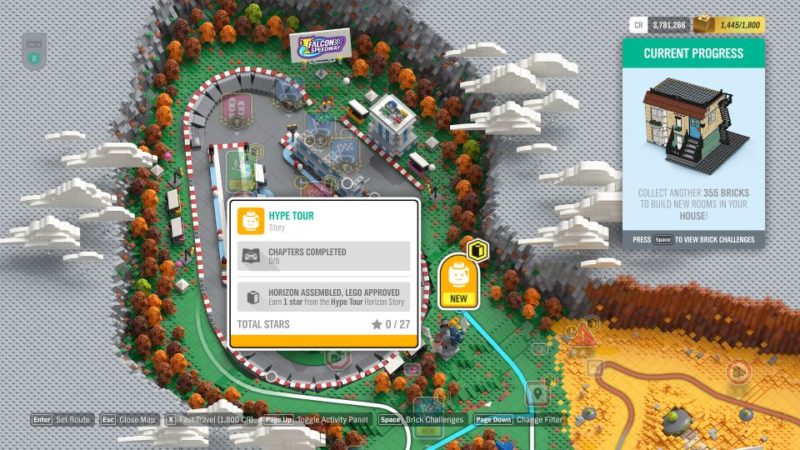 There are 9 chapters to this story. Completing all chapters with 3 stars will give you more Lego blocks and it’s one of the Lego challenges.

The first chapter of the story allows you to use a McLaren Senna. 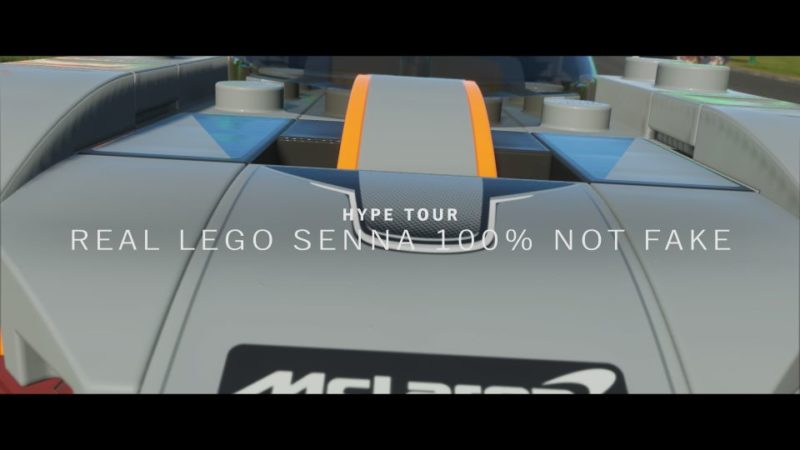 The objective is really simple. Just stay above 150 miles per hour and get to the destination in time. 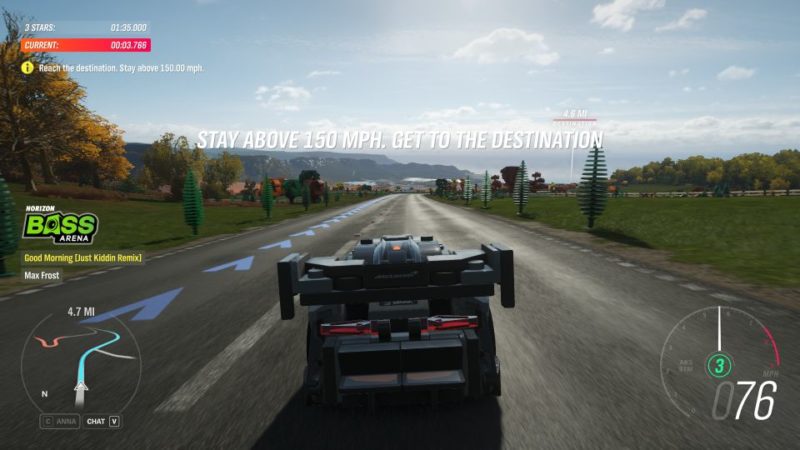 In this second chapter, you will be given a Ferrari F40 car. 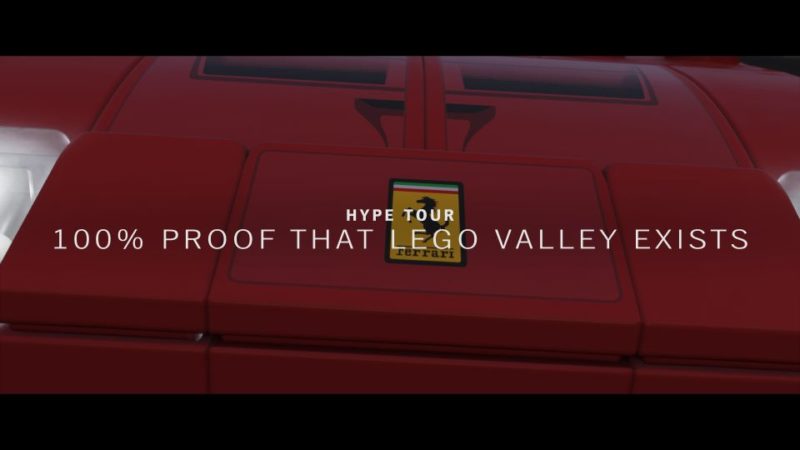 The objective this time is to reach the speed target at a particular speed zone (not trap). You have to maintain a high speed to hit all 3 stars.

I believed I had about 13x mph but it only hit 2 stars. 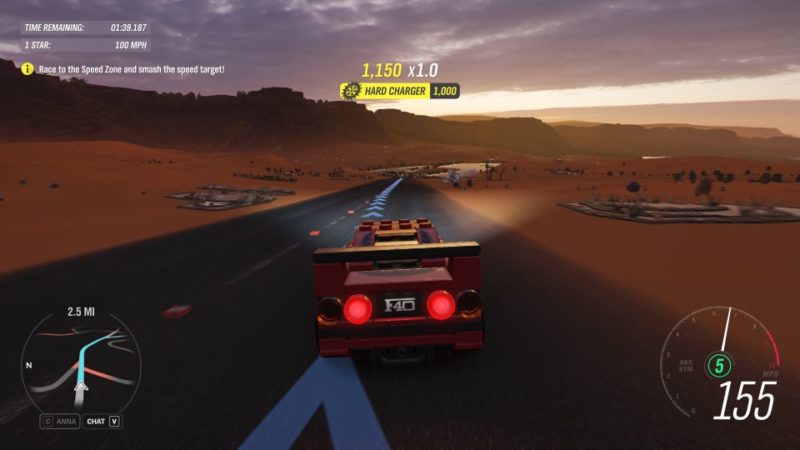 Chapter 3: Could A Fake Car Do This?

The third chapter is quite easy. You are given a McLaren again. 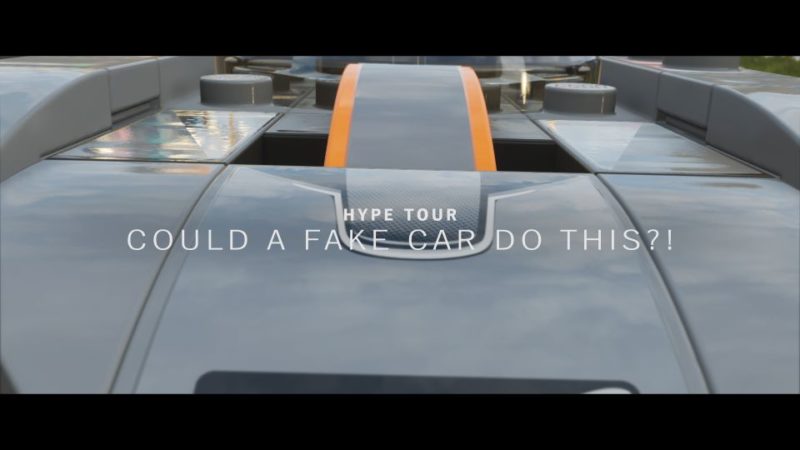 This time, you will only drive in a circuit and the objective is to hit 180 mph for 15 seconds.

To get 3 stars, you have to do it within 40 seconds from the start. Just accelerate all the way and you should hit 180 mph pretty quickly.

You can also try to find more straight roads. 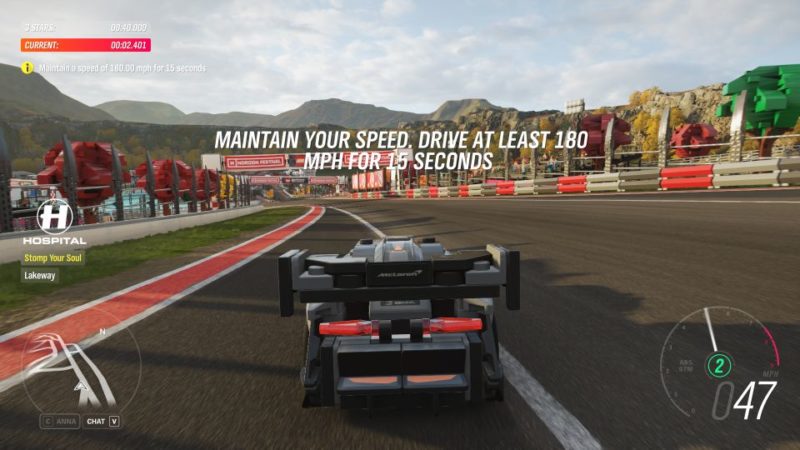 The fourth chapter requires getting skill points and you’ll be using a Mini. 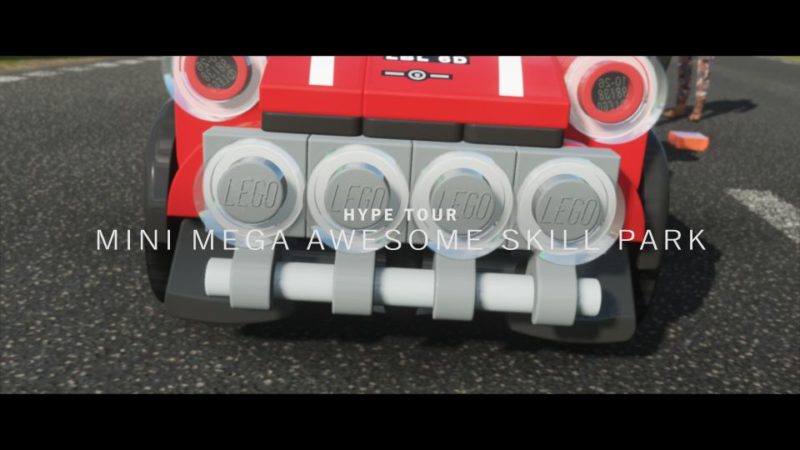 But first, you need to get to the destination. 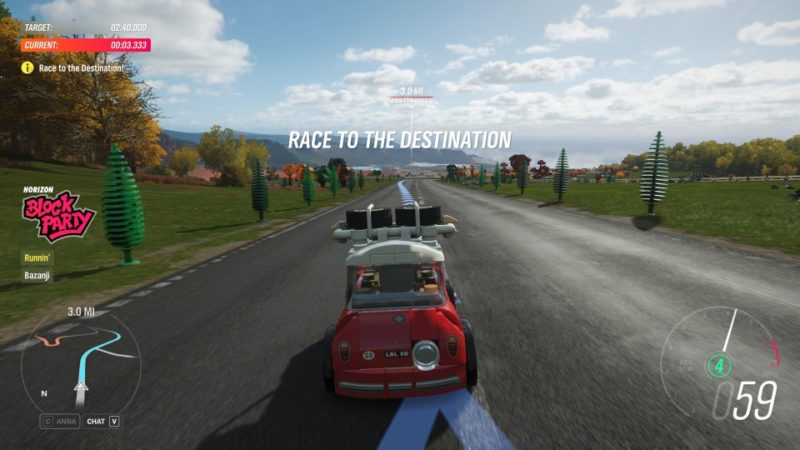 At the park, you just have to reach a certain number of skill points. 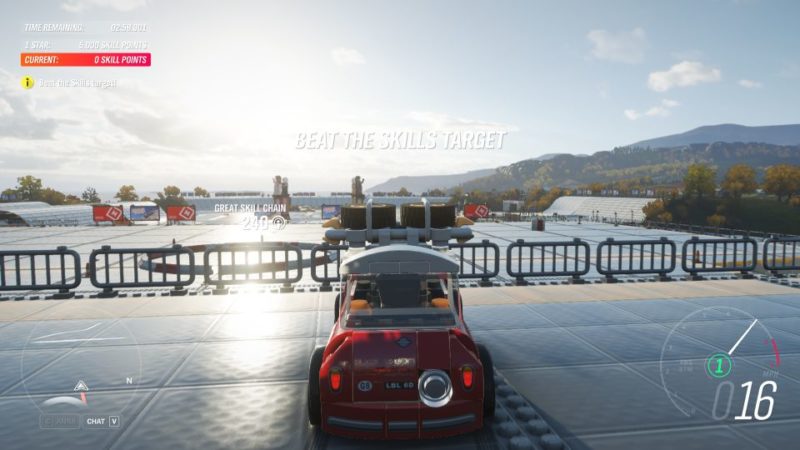 Keep doing combos, like drifting, knocking over Lego, using the ramp to get air skills and so on.

Continue doing combos to get a higher multiplier and you should hit 90,000 skill points for 3 stars. 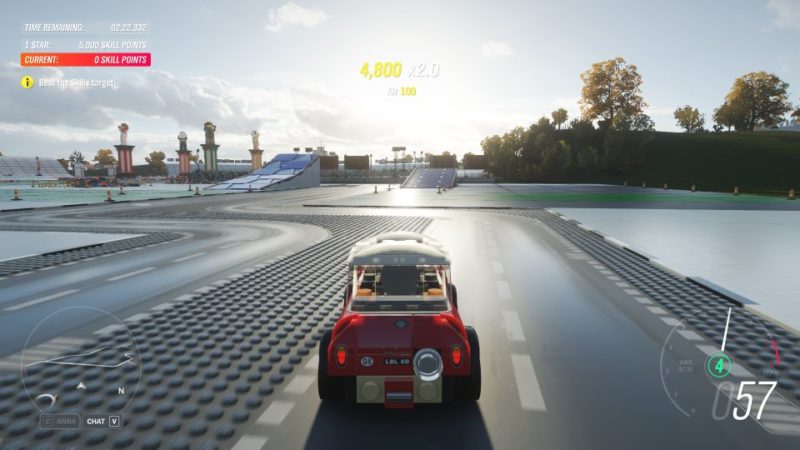 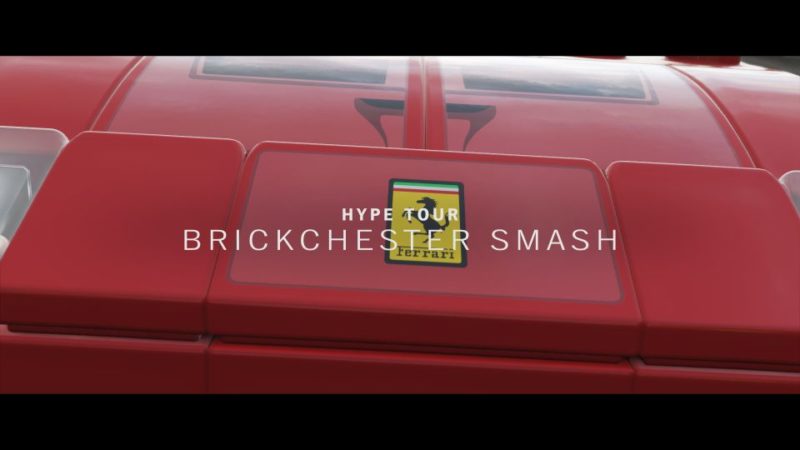 The first part of the mission only requires you to drive to the city within the time limit. 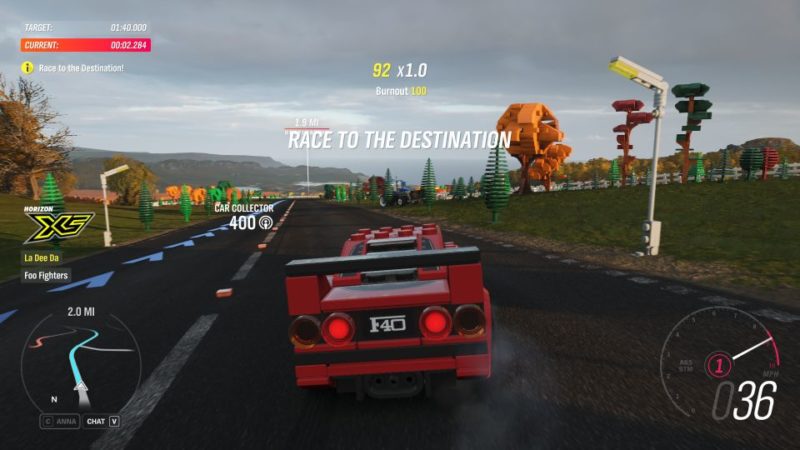 The main mission is to wreck everything in the city.

You need to get 20 wreckage skills to hit 3 stars. It’s quite simple.

Just knock over everything you see. Go around the city and there’ll be plenty of things to knock over. 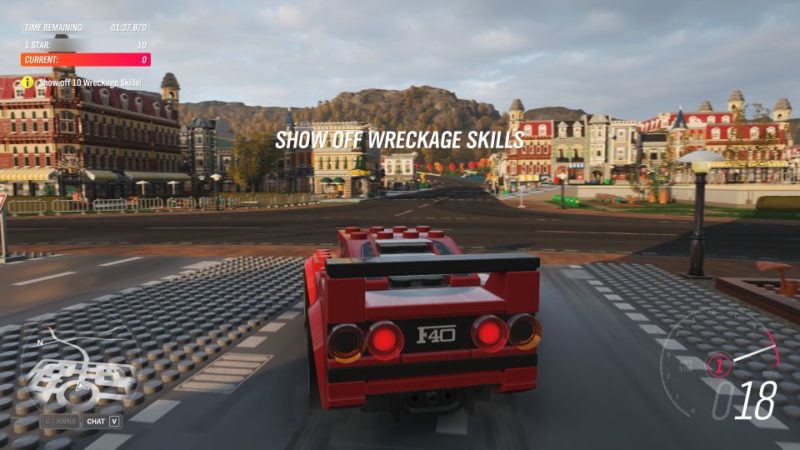 The sixth chapter gives you a Mini to drive. 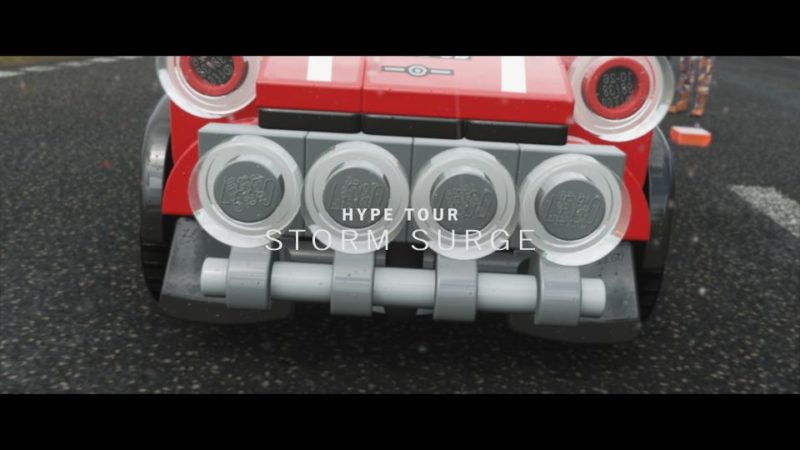 This mission is very straightforward. Use the Mini and get to the destination within 55 seconds to get 3 stars.

To reach in time, you can use your own route instead of just following the designated one. 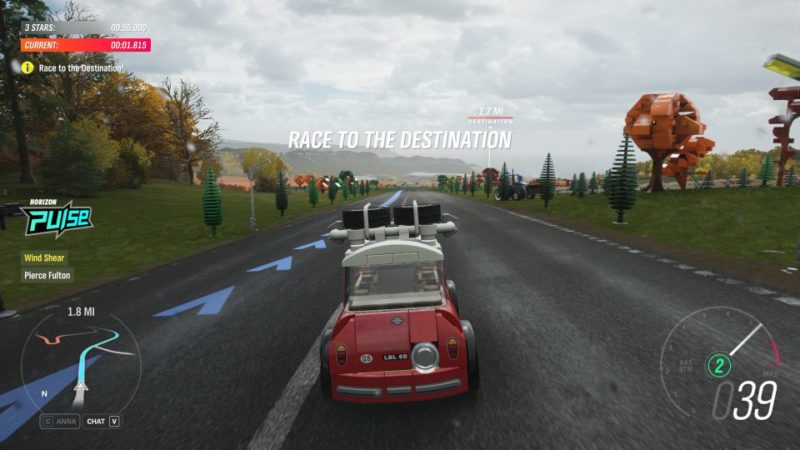 Chapter 7: Flight Of The Ferrari

The seventh chapter is back to the Ferrari F40. 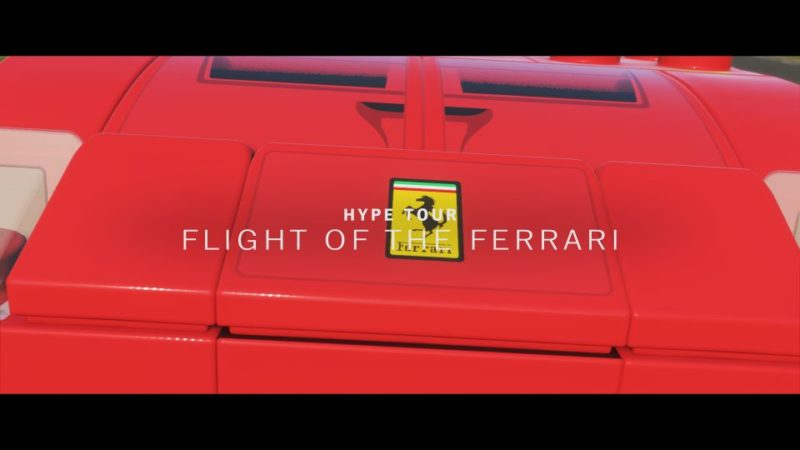 This is a jumping mission but you still need to reach the destination in time. 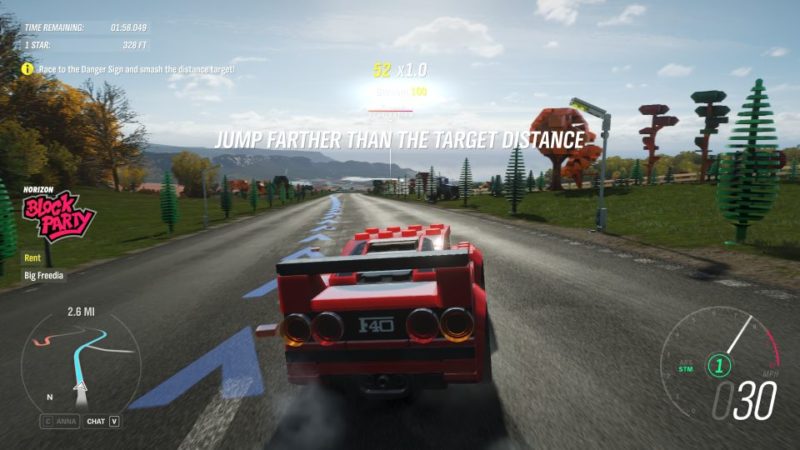 The key to jumping the furthest is simply to get the highest speed and the best angle before going off the ramp. 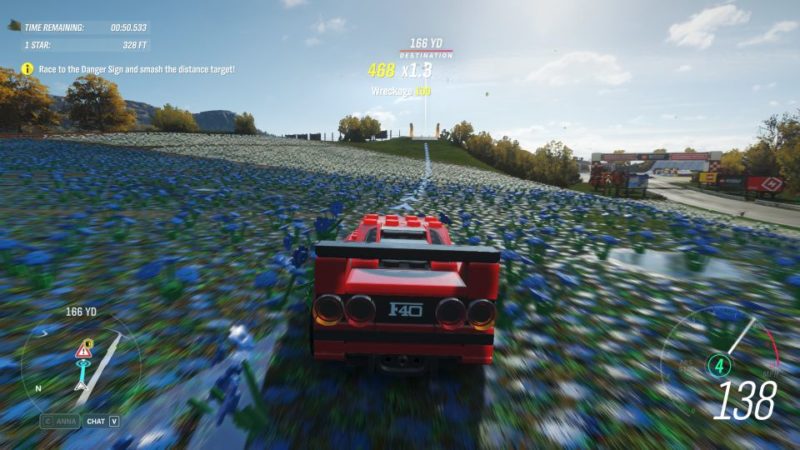 The eight chapter sees the return of the McLaren. 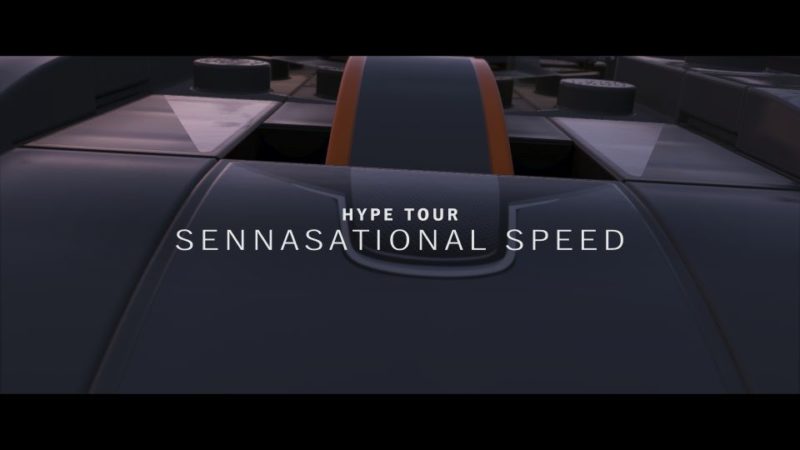 Your aim is to get 3 stars and at the same time, reach the destination within the time limit.

This one’s pretty tough. If you follow the route, you need to be perfect and you should land at least 2 stars when you get there.

The difficulty is actually reaching the destination in time if you follow the route. 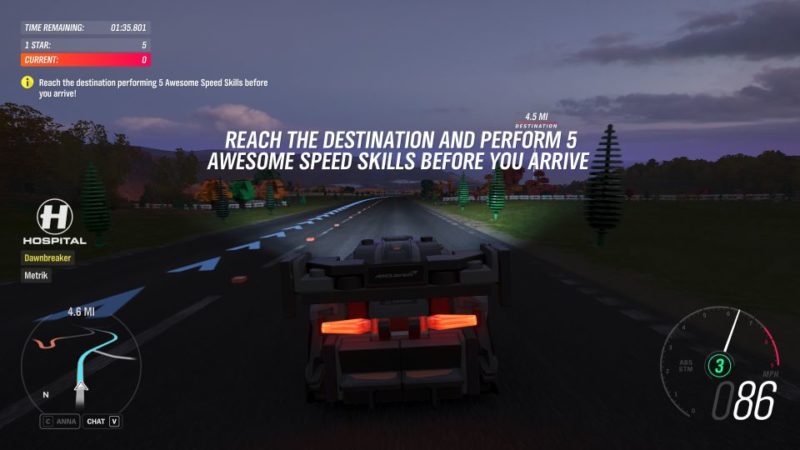 If you can’t seem to get there in time, and you don’t mind getting only 1 star, you can use your own route. 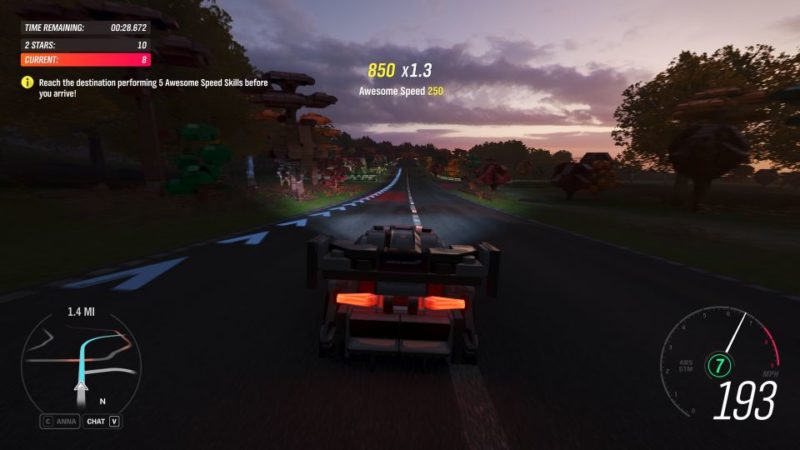 There’s one right turn you can take somewhere at the beginning that leads directly to the city center and you will reach the destination in time. The hard part with using this route is getting enough ‘Awesome Speed Skills’. 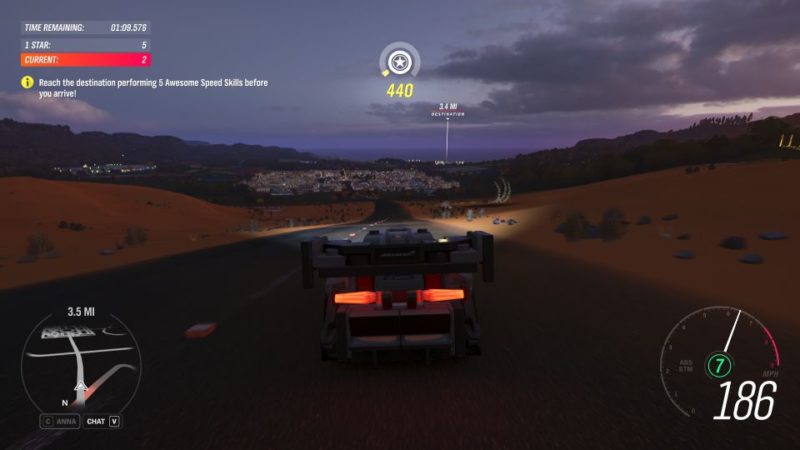 The last chapter should be the simplest. You will be using all three Lego cars. 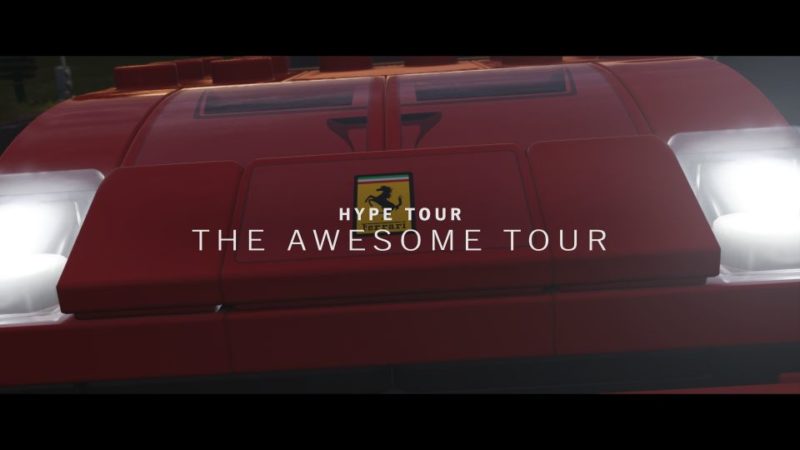 The first one is the Ferrari F40 and you simply have to reach the destination in time. 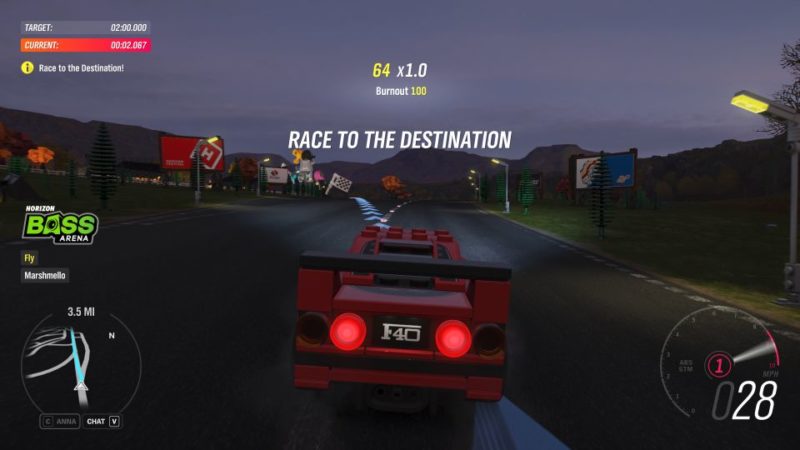 In the second race, you’ll get a Mini and likewise, you just need to reach in time. 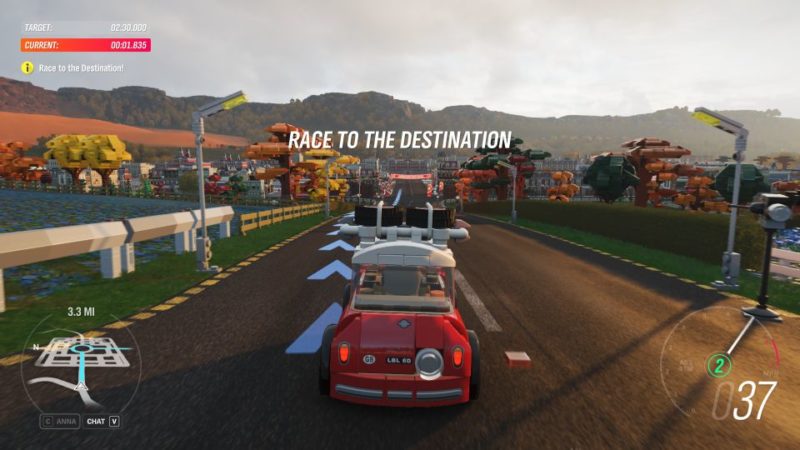 Lastly, you’ll get to use the McLaren again and the aim is to finish in time as well. 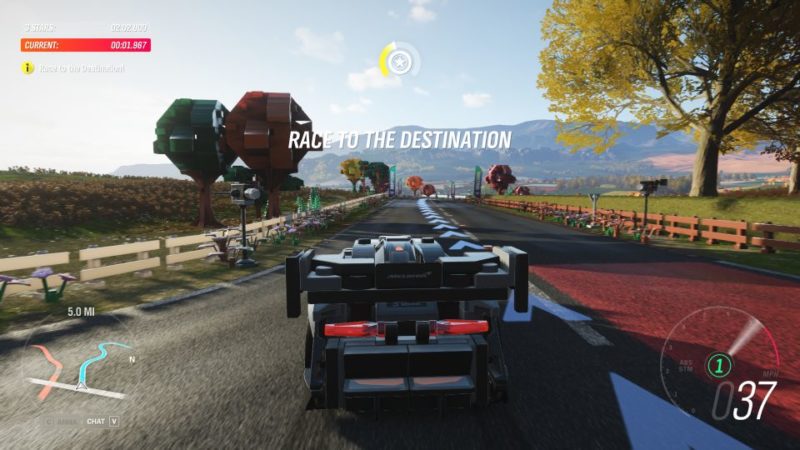 After completing all three cars, you’ll automatically get 3 stars. 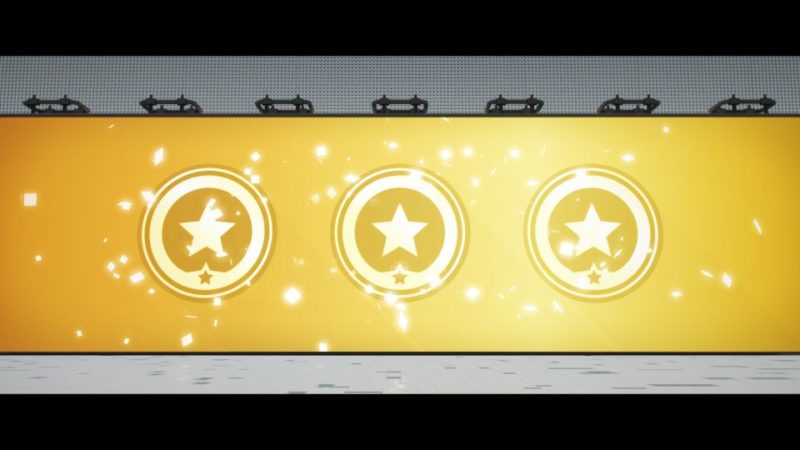 And that’s it on the Hype Tour in Forza Horizon 4.