Kill Killavolt is a side mission that you will receive in Borderlands 3 in Promethea.

Your task is to help Moxxi participate in a battle royale and kill Killavolt.

Here’s a walkthrough of Kill Killavolt in Borderlands 3.

Get to Lectra City

To begin the mission, head to Lectra City in Promethea. 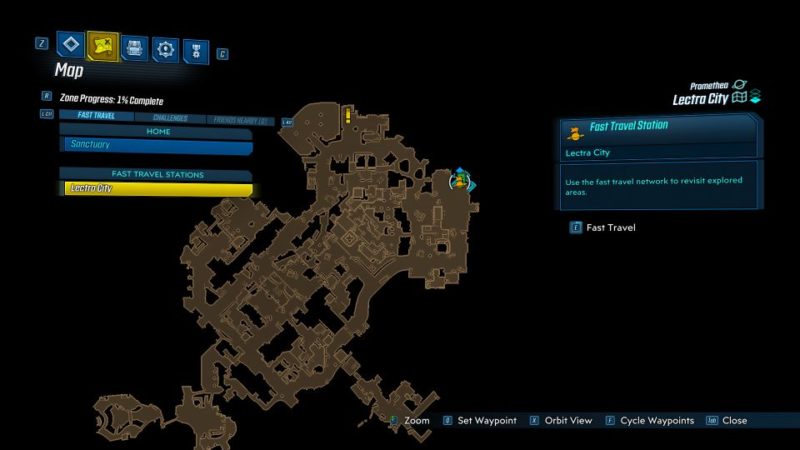 Moxxi will contact you as soon as you’re at Lectra City.

Next, enter the battle royale by pressing on the button – Contestants Only. 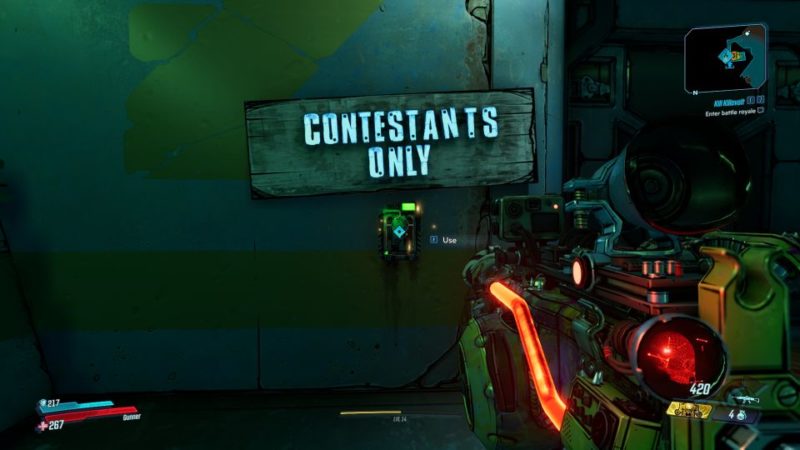 Your main aim in the battle royale is to defeat three other contestants and take their tokens.

You have Lena, Trudy and Jenny.

The location of Lena, Trudy and Jenny are all shown in the map. 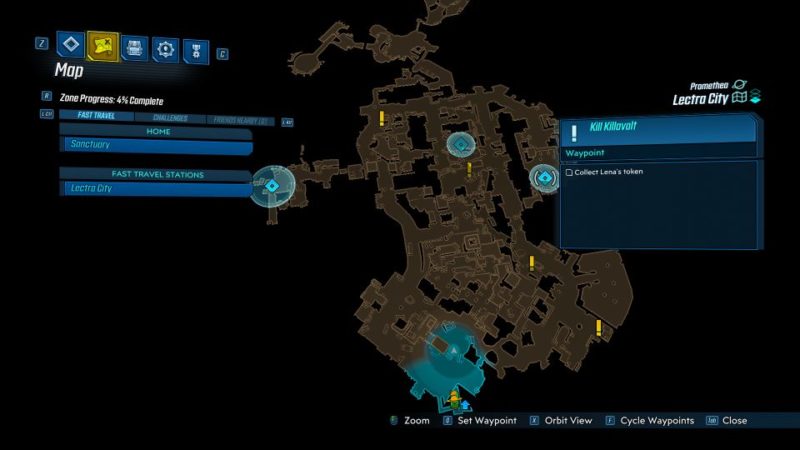 In the entire map, you’ll meet many other minions that you have to kill apart from just the three ladies. 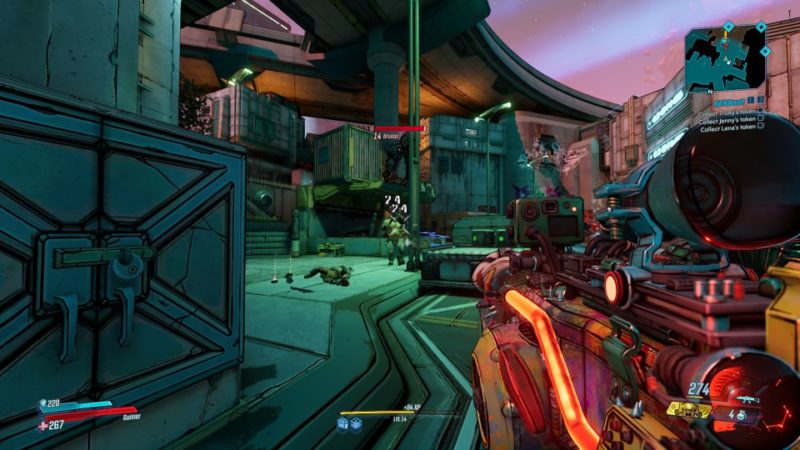 After walking for a bit, Moxxi will contact you, asking you to collect 3 batteries.

There’s one battery near each lady. 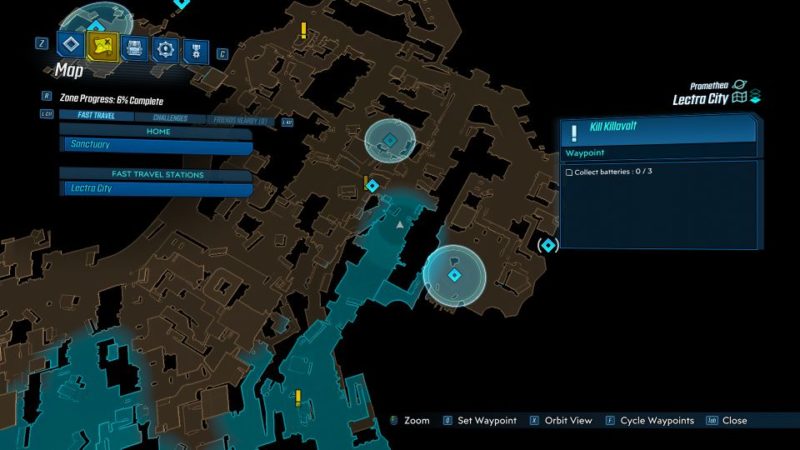 Two of the batteries are located high up on the building, at the rooftop. 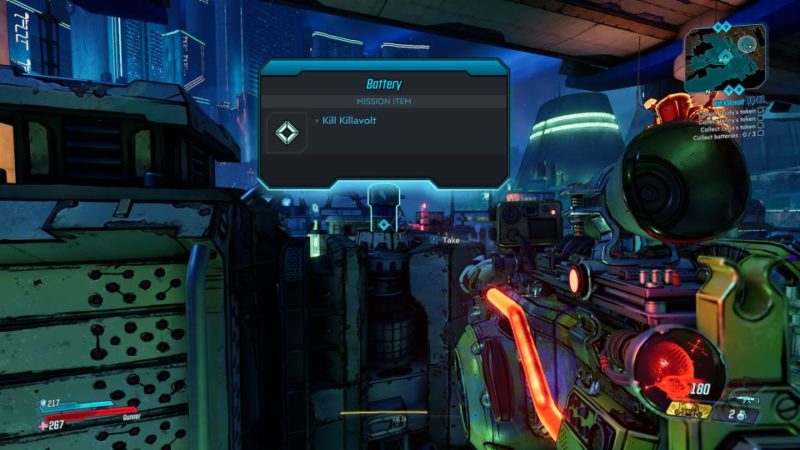 After collecting the first battery near Jenny, head towards Jenny’s location.

Kill the other mobs first. 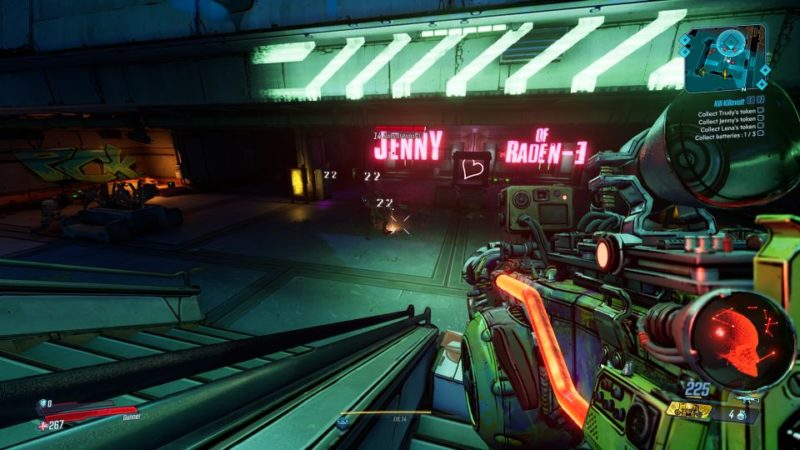 Jenny will appear and she uses a rocket launcher if not mistaken. After she’s dead, pick up her token. 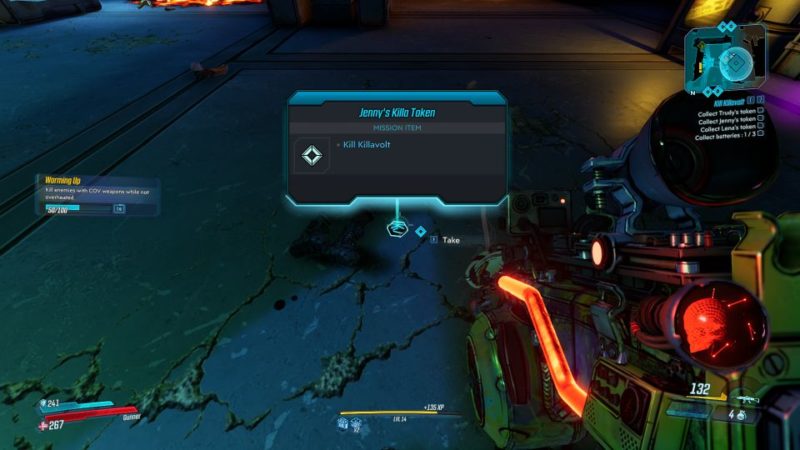 Next up, kill Lena. Her location is shown below. 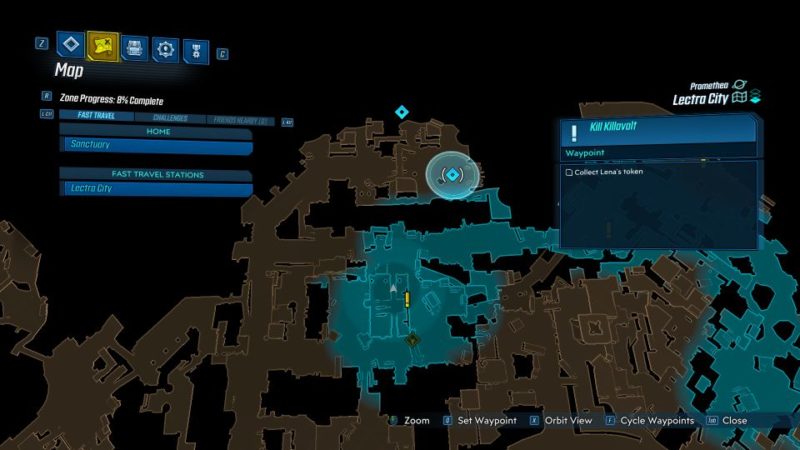 Before heading towards her, you can look for the battery nearby. It requires you to jump to the rooftop by first jumping on ladders and platforms. 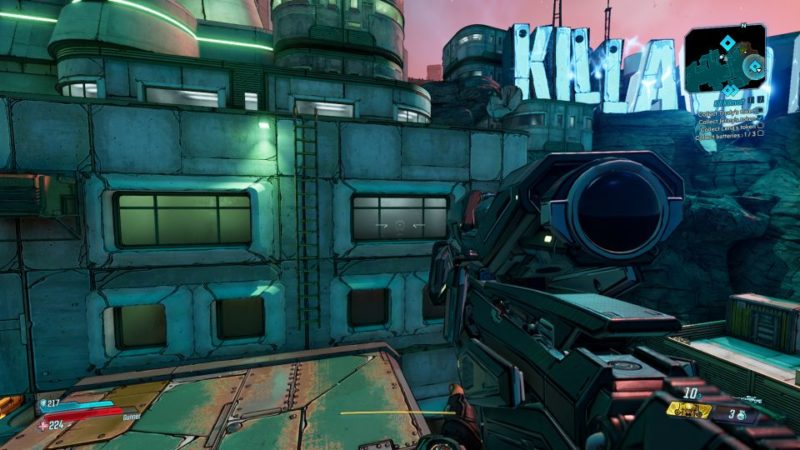 The battery is really high up. 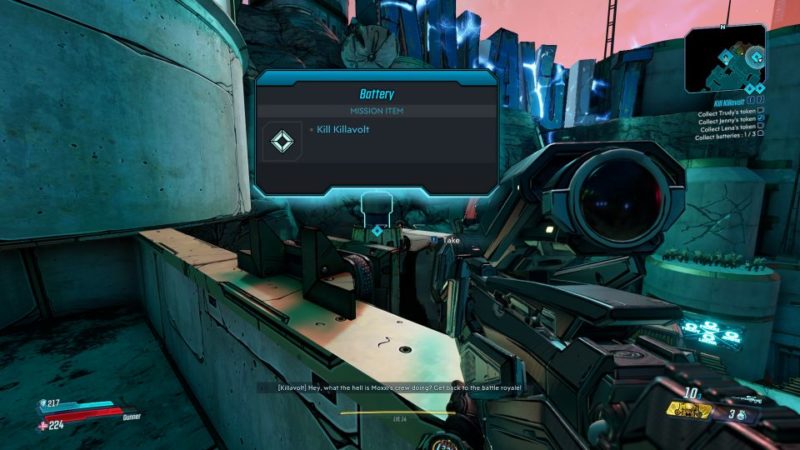 Once you’re done, head to Lena’s location, kill her and pick up the token. 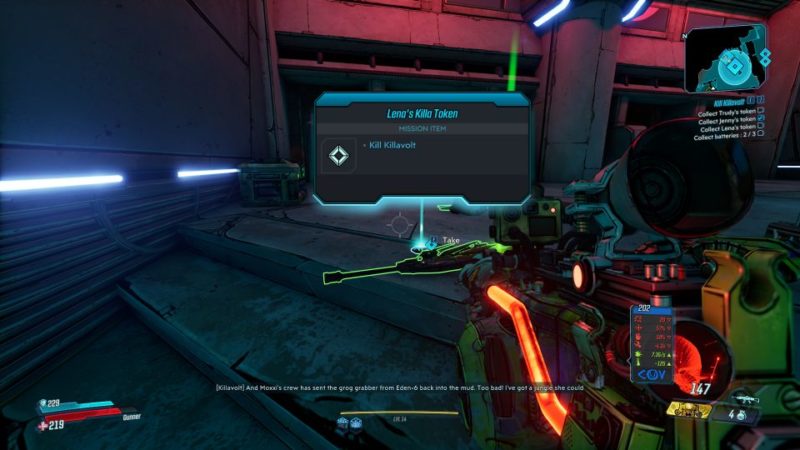 The last lady would be Trudy. Head towards her location in the map. 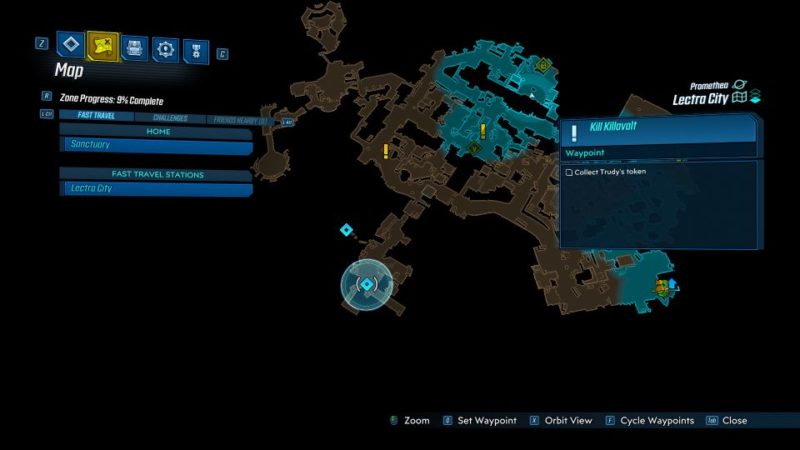 Pick up the battery which is on a platform above the water. 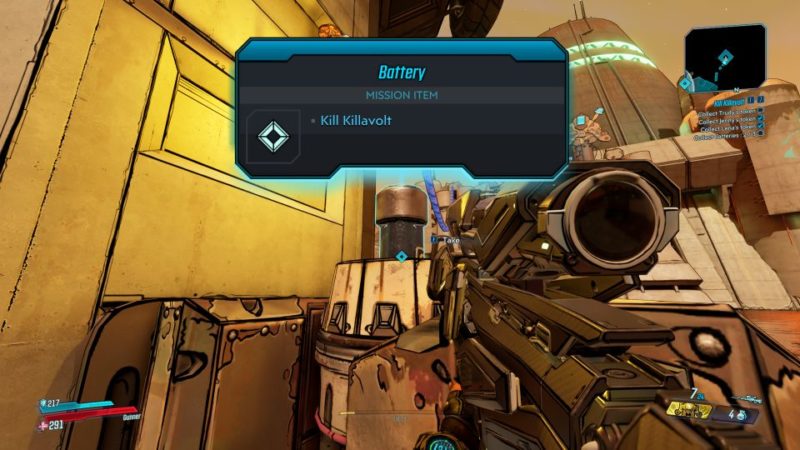 Once you’re ready, take on the mobs and kill Trudy. 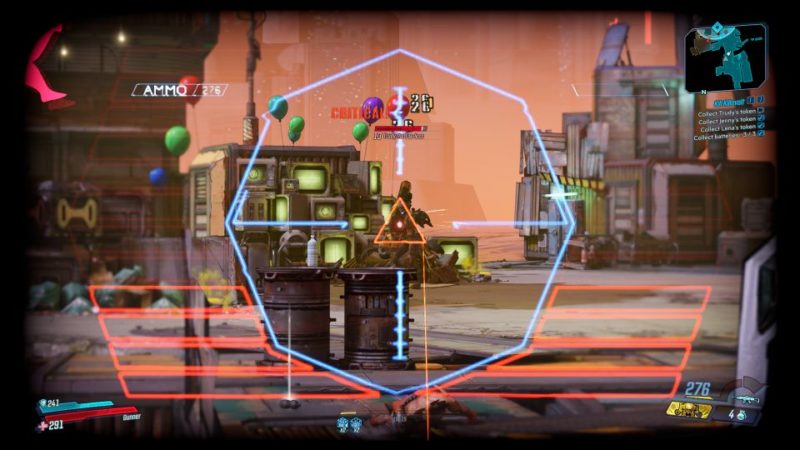 Pick up her token. 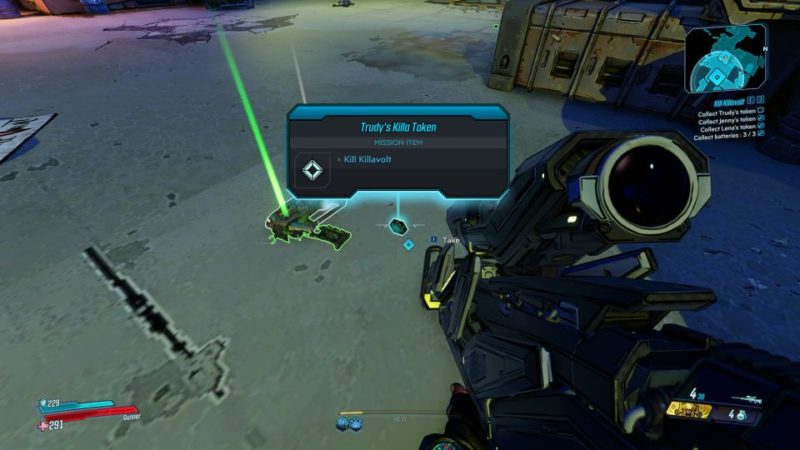 After getting 3 tokens, go to Moxxi’s place. The location is shown in the map. 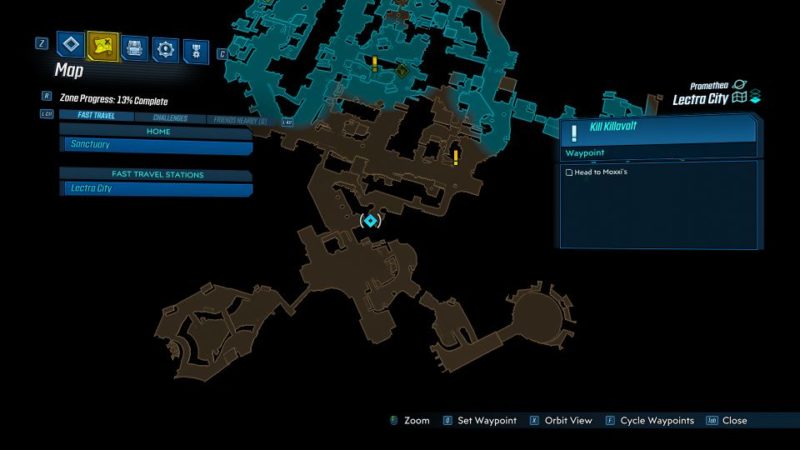 Give the three batteries to Moxxi and she’ll make something up. 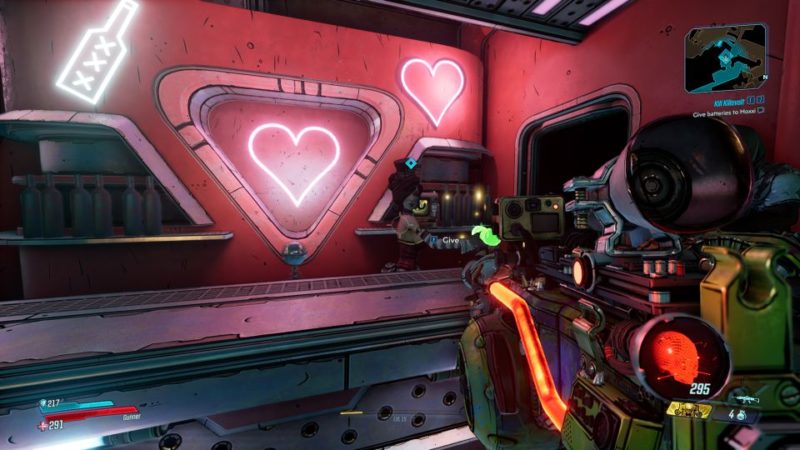 Take the booty-trapped token from Moxxi. 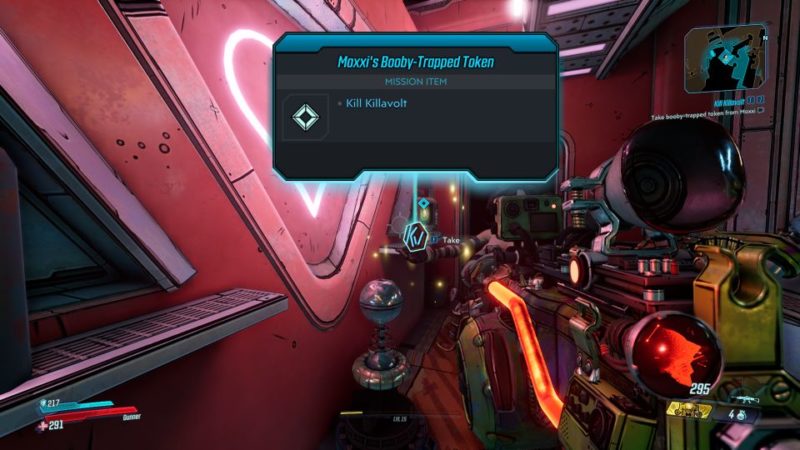 When you’re ready to face Killavolt, head to the Killarena. The location is shown below. 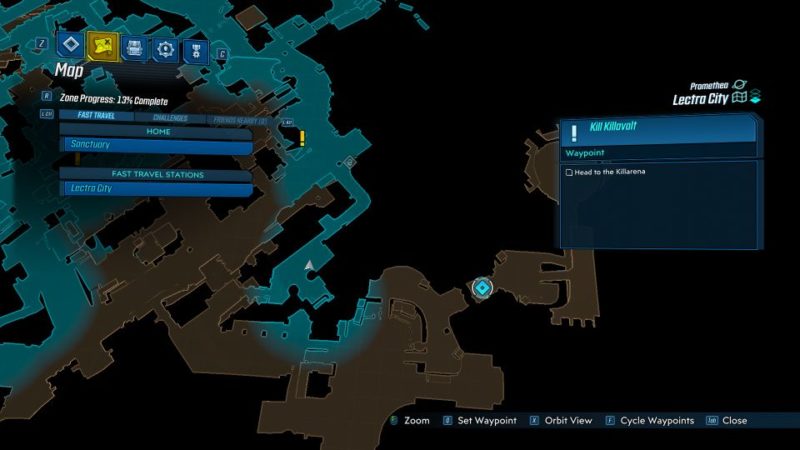 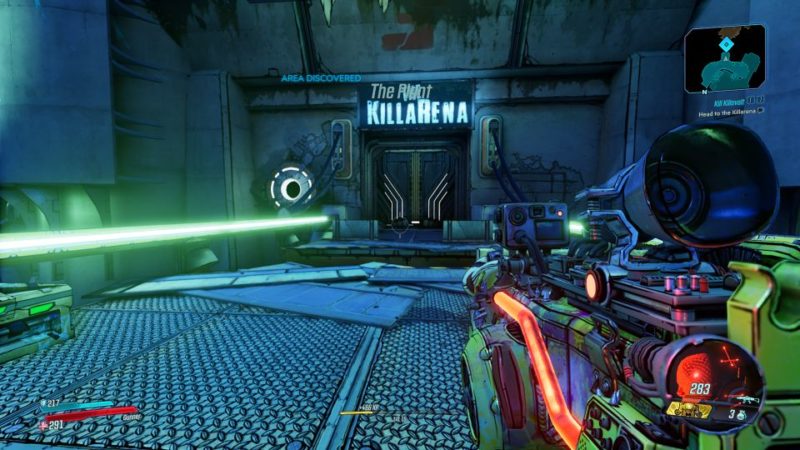 Enter the building and go until you reach a part where you need to jump down.

Once you jump, you’ll have to fight him. 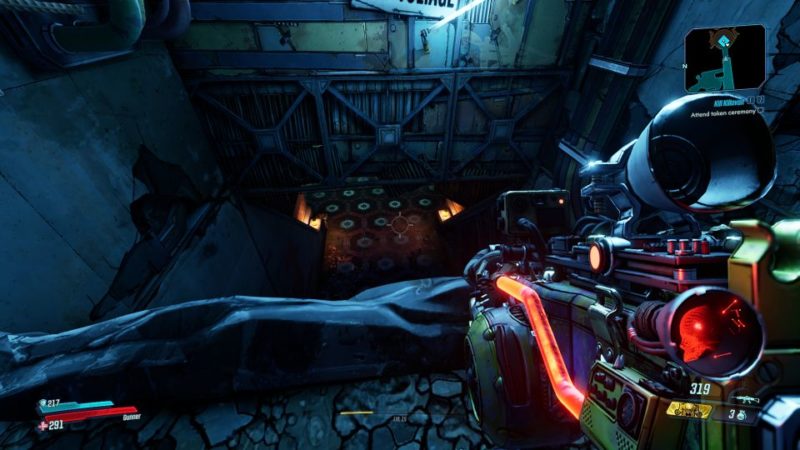 Give the tokens to Killavolt

Go to Killavolt and talk to him. Give the 3 tokens you got from the ladies and the token from Moxxi. 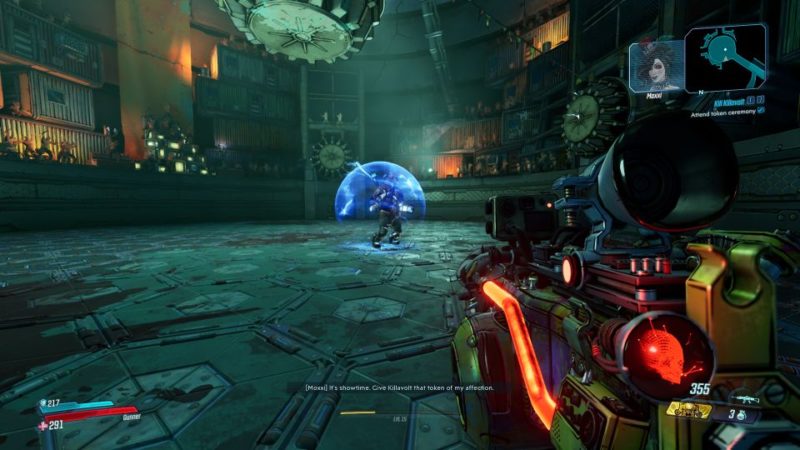 He’ll get zapped and it will start the battle with Killavolt.

This guy is pretty tough compared to other main bosses, because the arena is small and you can’t really hide behind barriers.

When his shield is on, he is invulnerable for awhile. 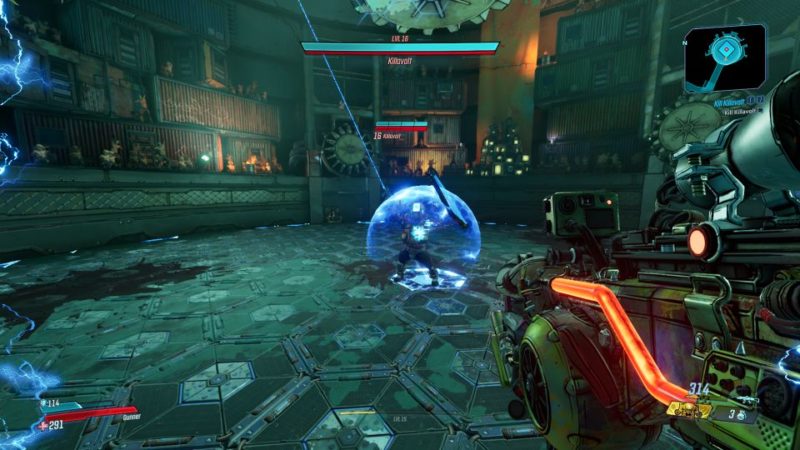 Keep shooting at him from behind or the side as his shield is always up. 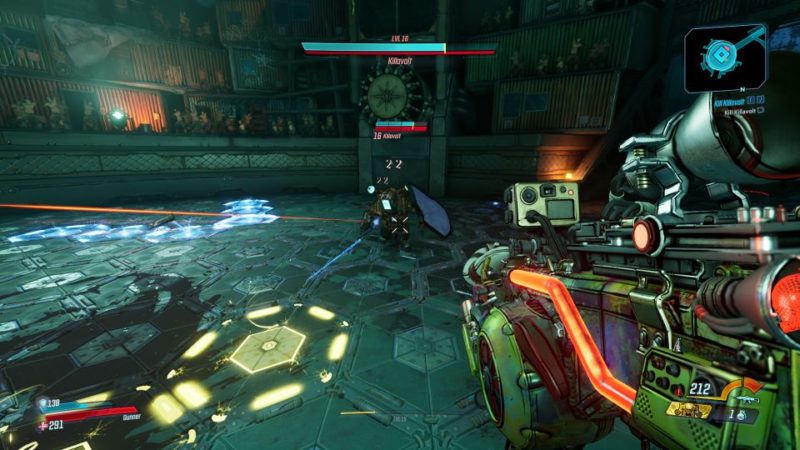 One thing to really watch out for during the battle is the floor. When it lights up, you’ll have to run away or you get zapped.

His mobs are also pretty annoying. If you have the time, you can kill some of them. Otherwise, just keep running around him. 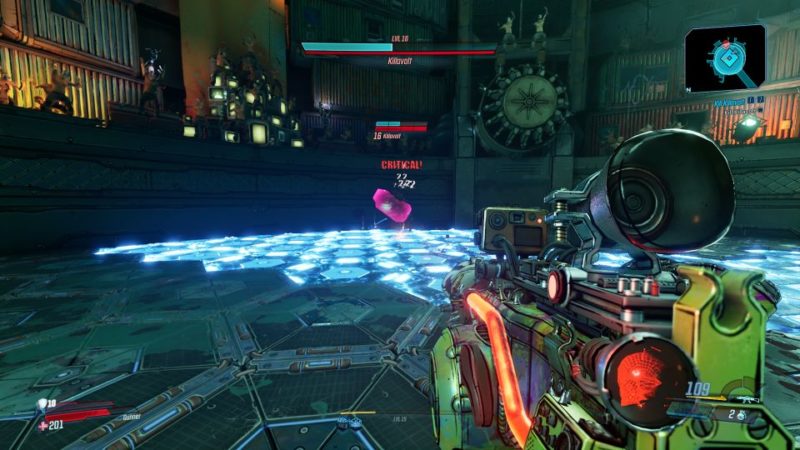 Towards the end when his HP is almost zero, the entire floor of the arena will light up in his final attack.

Try jumping up to reduce damage, or kill him as fast as possible. Once he’s dead, get the Killa Pack from the floor. 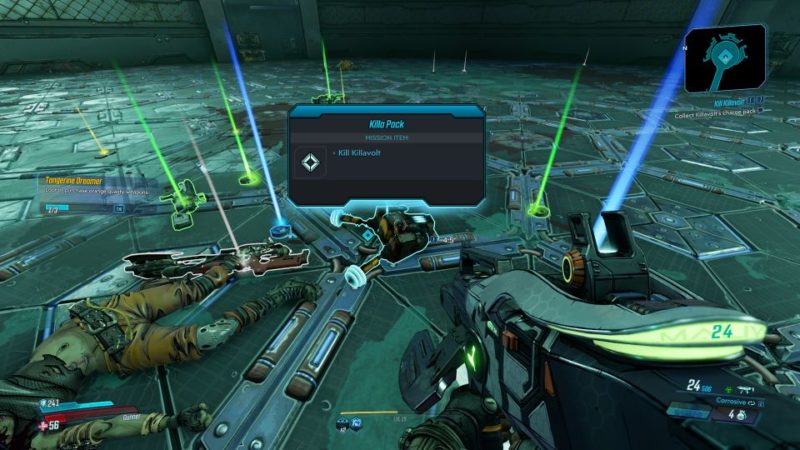 Go back to Moxxi’s bar. The location is shown below. 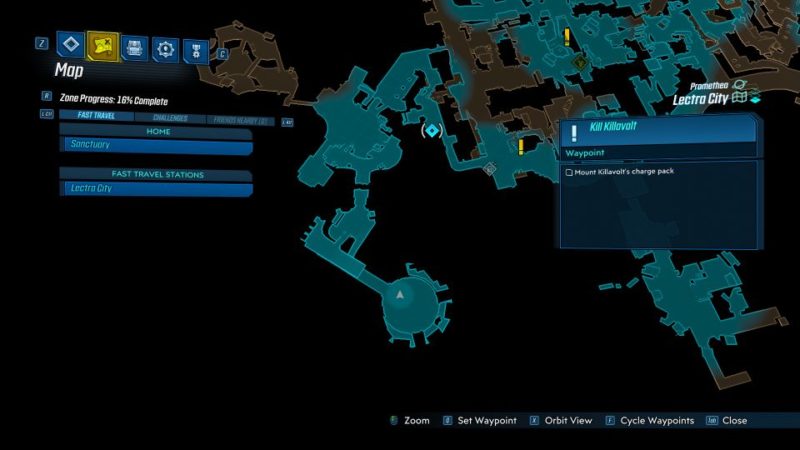 Place the pack at the toilet. 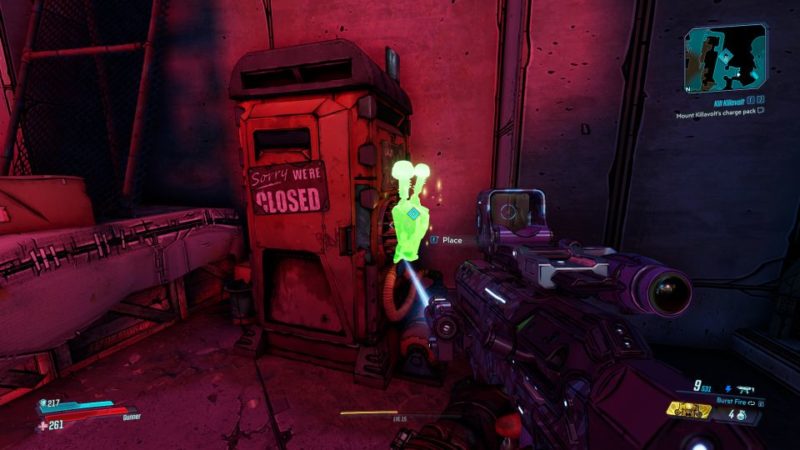 Speak with Moxxi to complete the side mission. 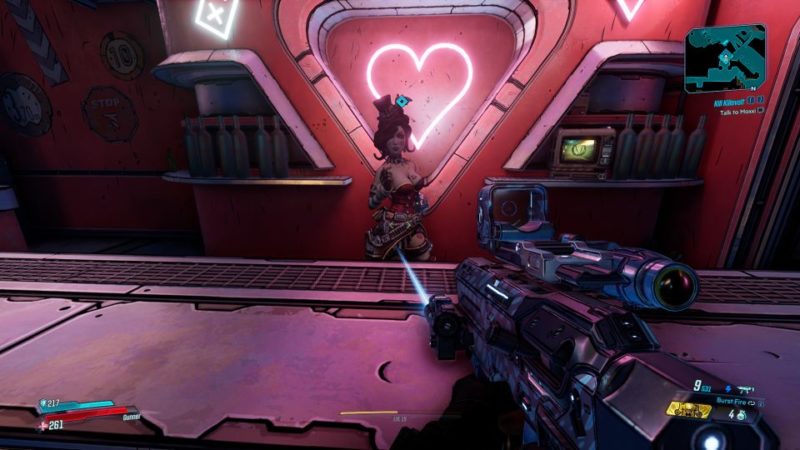