Judgment or aka Judge Eyes is a spinoff of the Yakuza series by Ryu Ga Gotoku Studio.

In this game, you will have all kinds of side cases, whether random or not.

Here’s a guide / wiki on all the bomb locations in Judge Eyes under the Mad Bomber series. 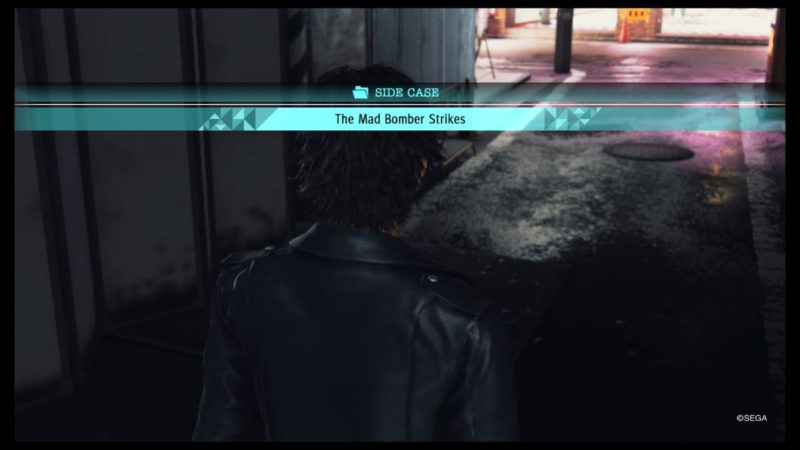 This side case begins when you get close to the icon on the map. You will hear a ticking sound and you have to defuse it first.

You will then get a phone call saying there’s another bomb elsewhere. 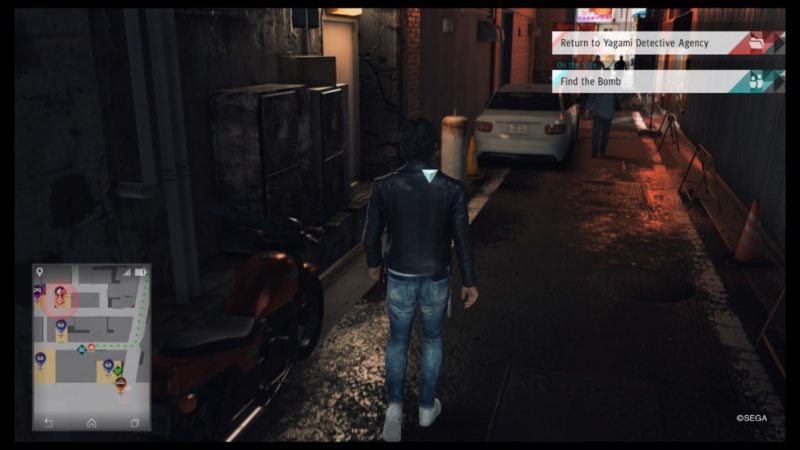 The first bomb location is at the “Angel in the warrior’s maze”. That’s the clue you will get. 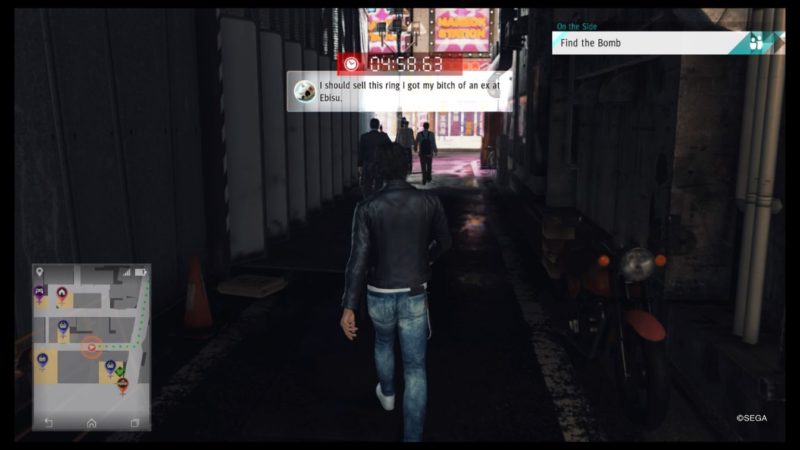 The actual location of it is actually Earth Angel, because it’s located inside the Champion’s District. A warrior can mean a champion – according to the game at least.

If you fail to find out the location, the game actually helps you, as shown below. At the 3 minute mark, Yagami will think of the proper answer. 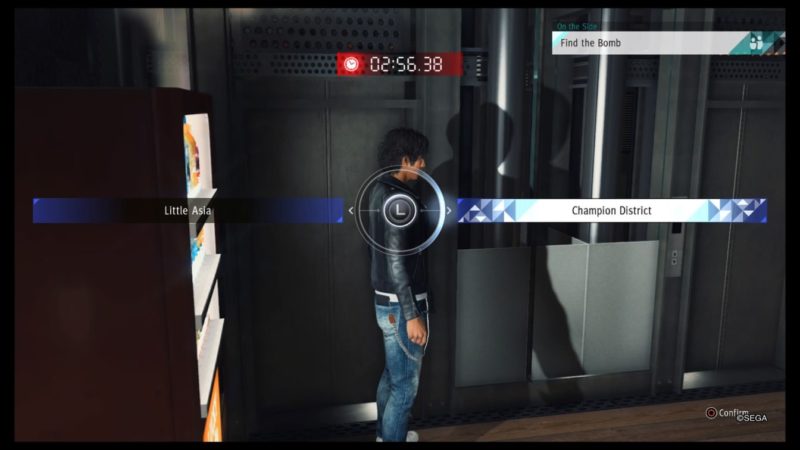 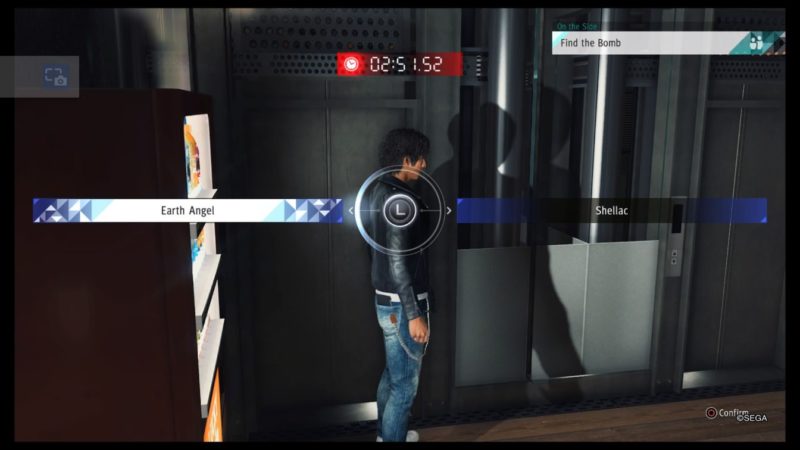 Once you reach Earth Angel, you should see the bomb nearby. 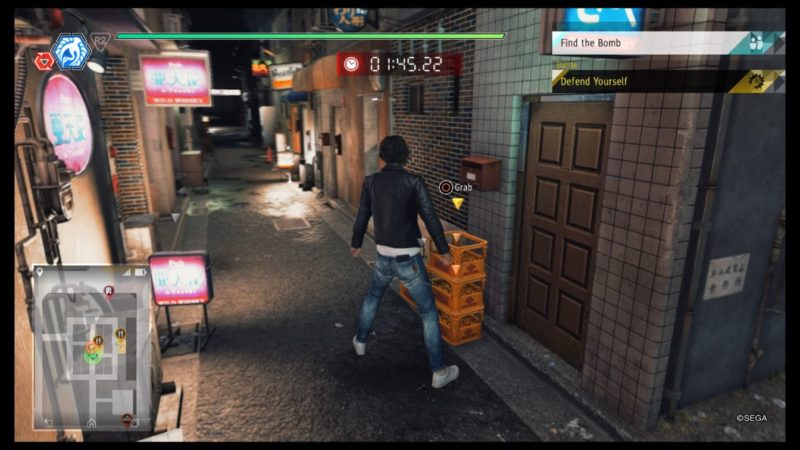 Yagami will defuse it himself. 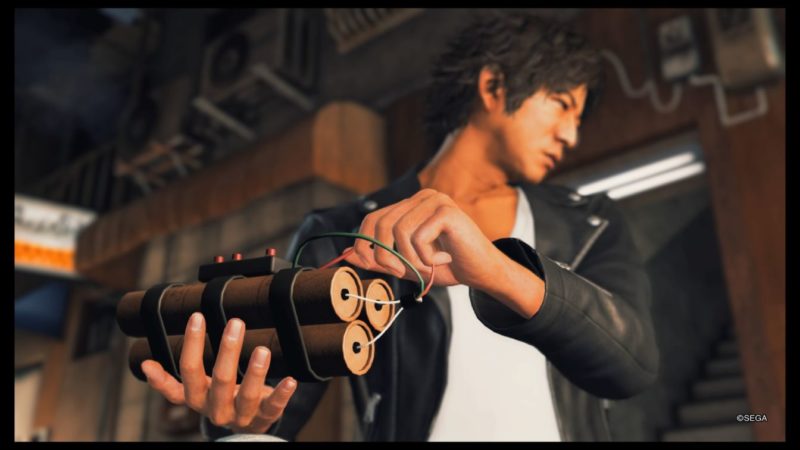 An ox in an inn

The next bomb location will be revealed as you activate a continuation of the side case.

Just look for the side case icon on your map which says “???”. One of it is the Mad Bomber case. 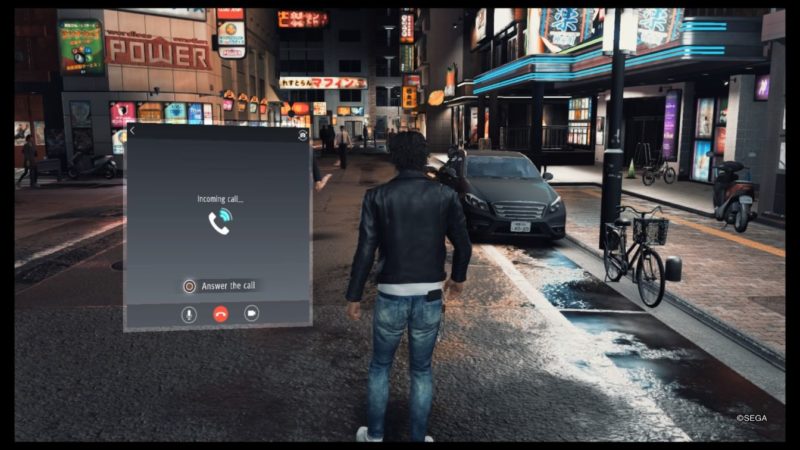 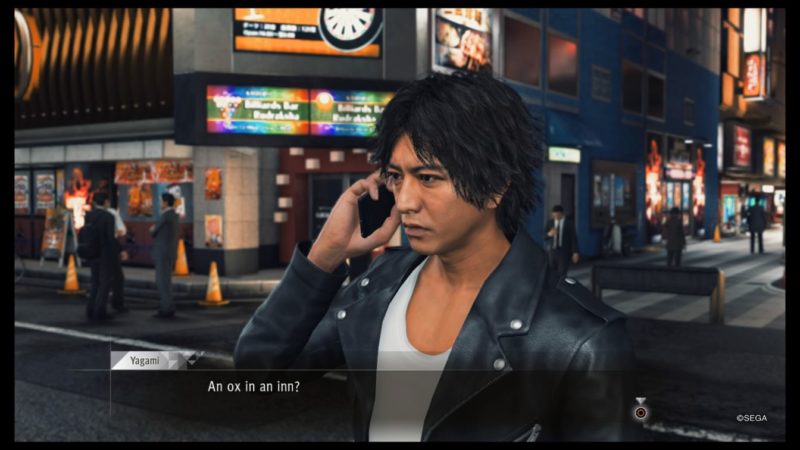 The location is actually at Akaushimaru, northern-most area on the map. Akaushimaru represents ox.

The inn can also mean hotel. So it’s actually the Akaushimaru at the Hotel District. 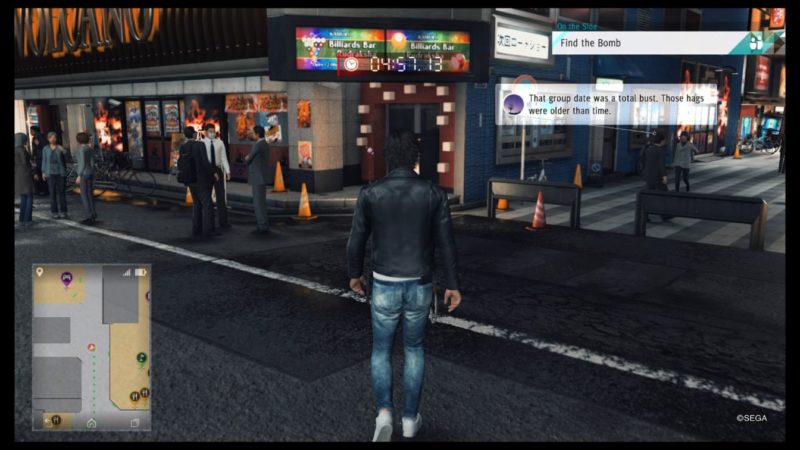 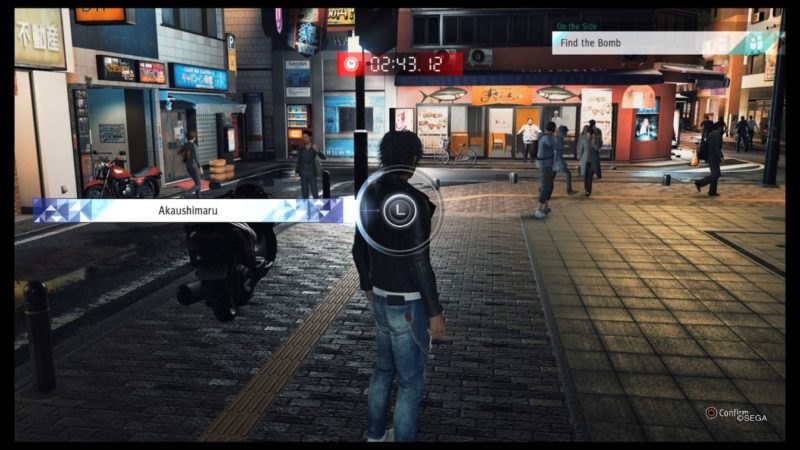 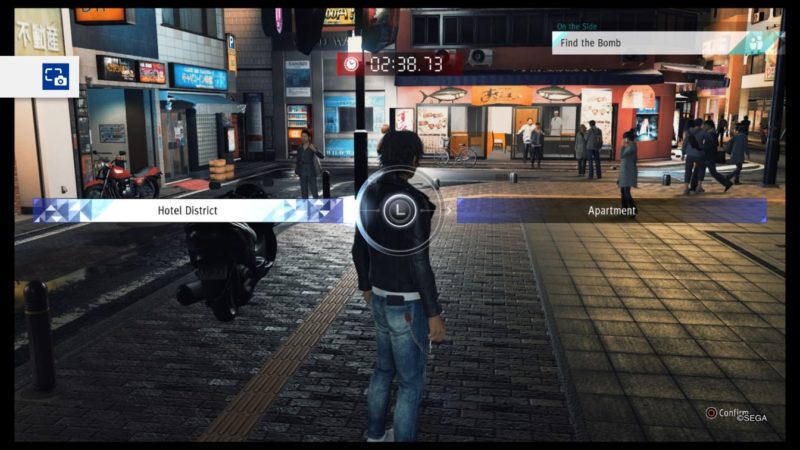 The exact location is shown in the map below, marked by the cursor. 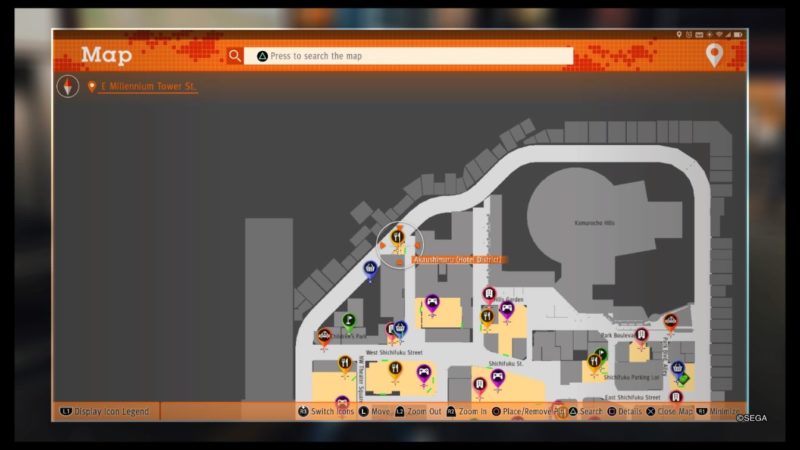 Similarly, get there and Yagami will defuse the bomb himself. 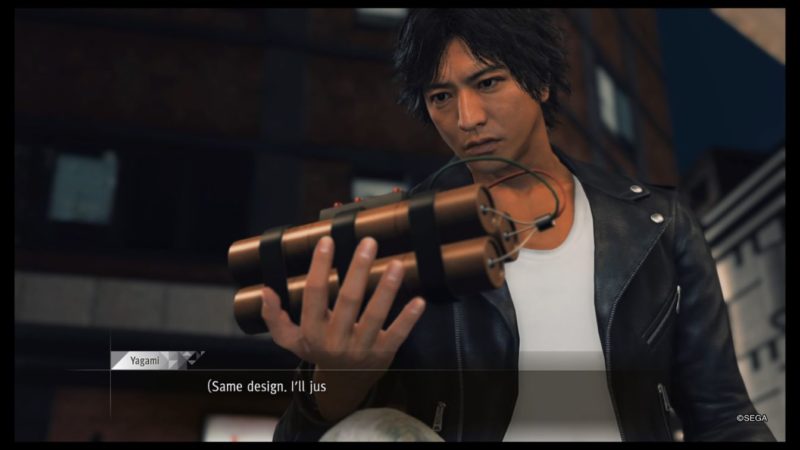 The pigeon coos among the cherry blossoms

Do the side case again and you’ll get the final bomb location. 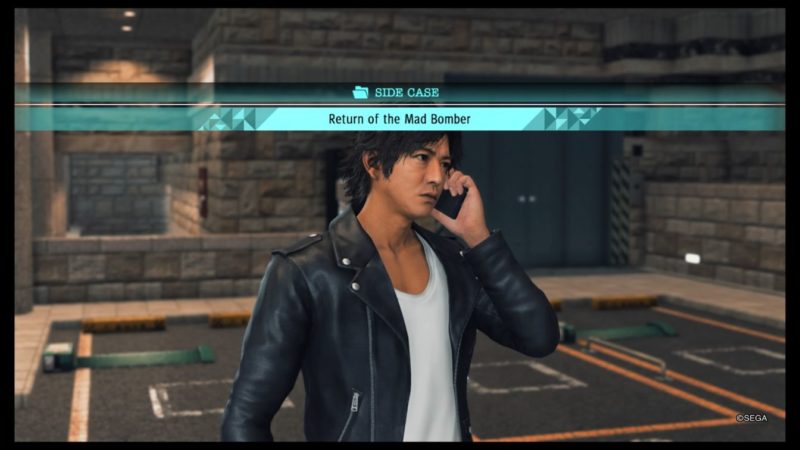 This time, the clue is – “the pigeon coos among the cherry blossoms”. 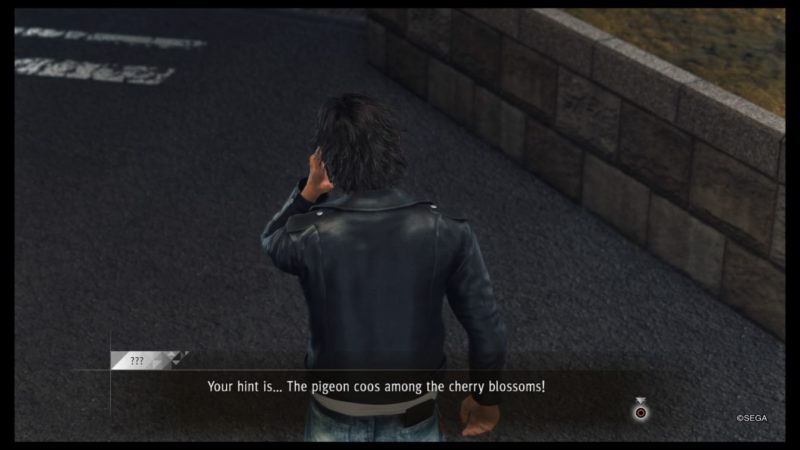 This one was easier. “Pigeon coos” signifies the sound which actually refers to Poppo. There are plenty of Poppos in Kamurocho.

As for the cherry blossom, it’s pink. So it’s the Poppo on Pink Street.

The one you’re looking for is called Poppo (Showa St.) at the southern-most area of the map. 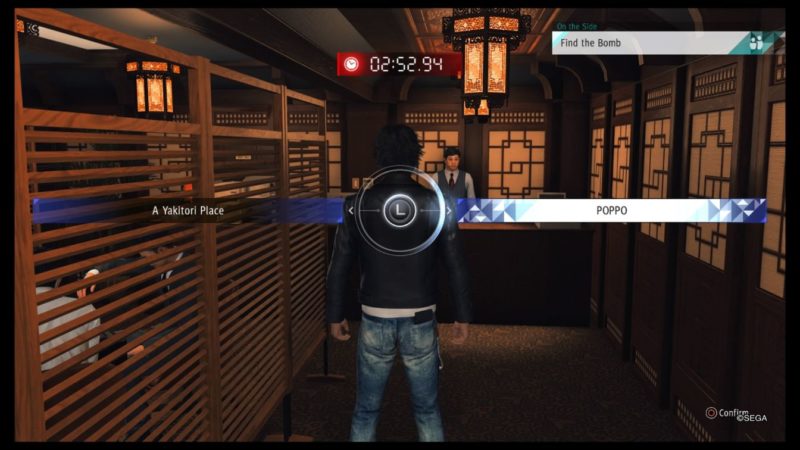 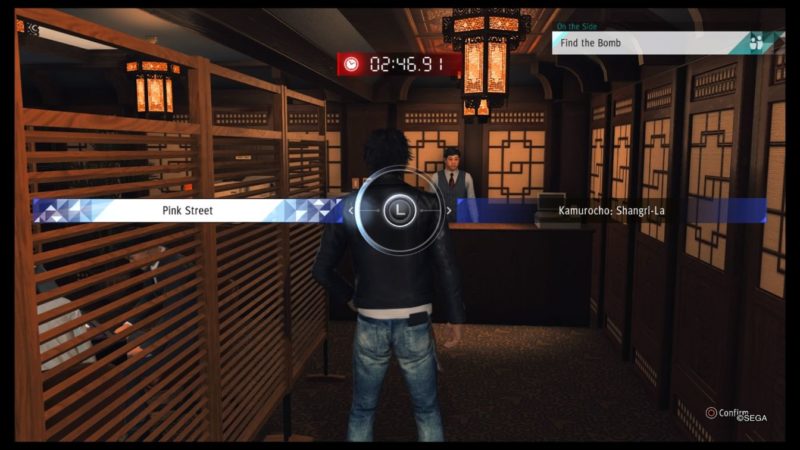 Get inside Poppo and a cutscene will load. 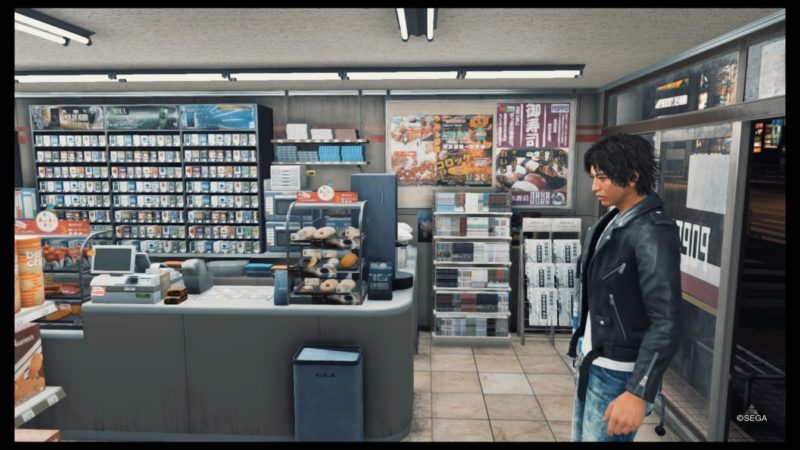 Apparently the store clerk is the one who’s behind the bombings.

He used to work in a security firm but got laid off. 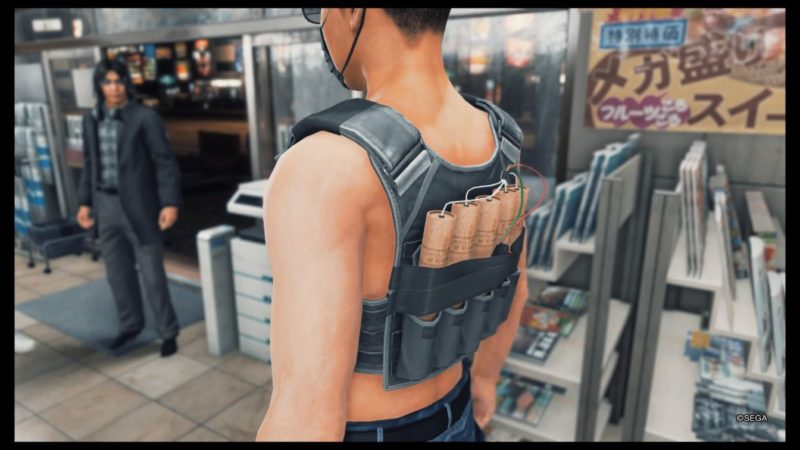 Finally, defeat the Mad Bomber and this series of side cases is done. 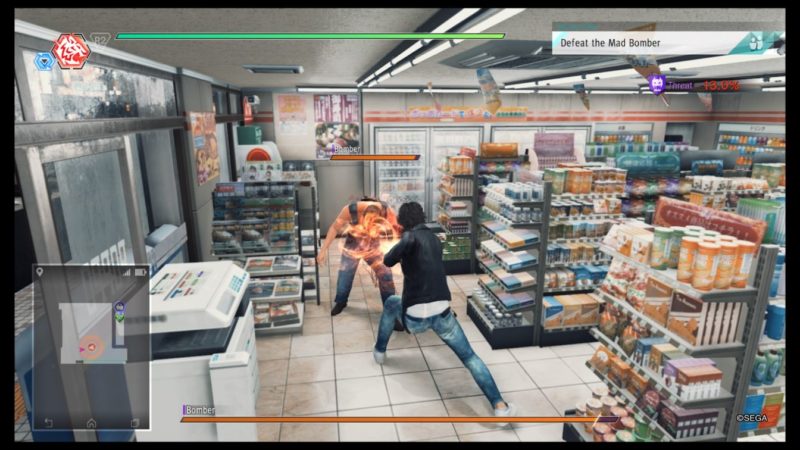