RuneScape used to be one of the most played role playing games on the internet. That was probably a decade ago. Although new versions of RuneScape has surfaced since, one can only ask ‘is RuneScape dead in 2019?’.

This MMORPG was launched sometime in 2001 by two brothers in Nottingham. Back then, RuneScape was known for their terrible graphics yet amazing gameplay. Even with Minecraft-like graphics, the game thrived with players.

Somewhere after that, they introduced a premium version for those who pay. It became a pay-to-play game to a certain extent. You could still play for free, but you lacked certain features.

Personally, I played this game a lot somewhere in 2006 and really loved it. I was hooked to the game (Runescape 2 if not mistaken) and played it with my schoolmates.

There are plenty of things to reminisce about, like the lobster fishing, giant bone hunting, PvP, spell-casting, rune hunting and so much more. 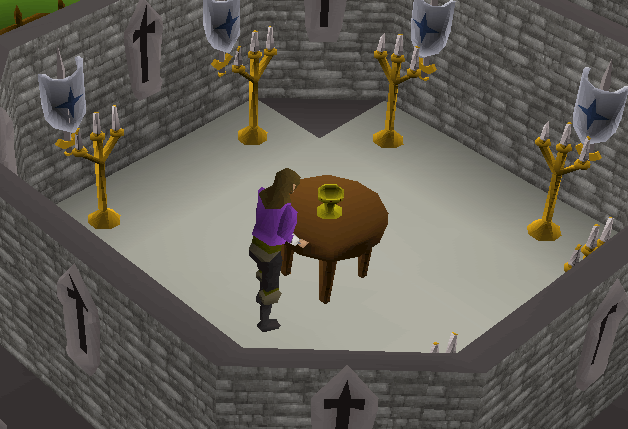 This screenshot was for the older version of RuneScape. It surely brings a lot of nostalgic memories.

Most of the people I know who played this game already left a long time ago, maybe in 2007 or prior to that. I actually thought the game would have died before 2010, seeing how the game industry evolved.

As games developed massively in terms of graphics and gameplay, RuneScape started falling out. More players left each year and it was something to be expected.

Most games don’t last this long. 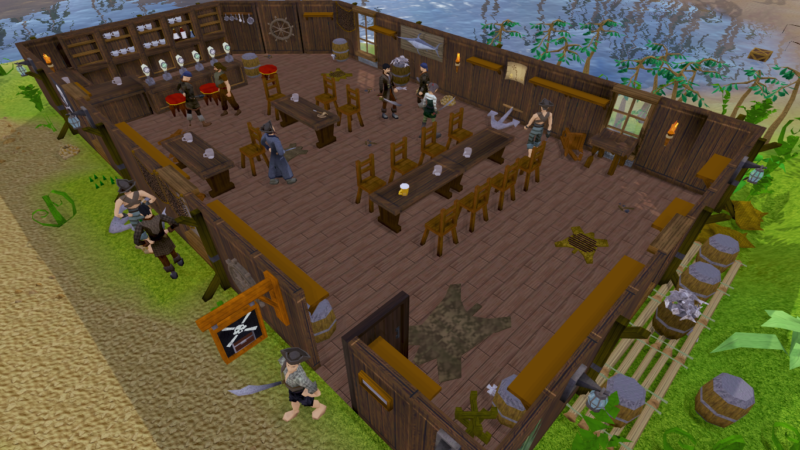 Then RuneScape 3 came a few years ago.

Some of the key features of RuneScape 3 as extracted from a review by MMOS:

As you can see in the screenshot above, RuneScape 3 looks so much more presentable to the present generation of gamers. Minecraft is an exception.

Having said that, I would play Skyrim or Witcher 3 or Horizon Zero Dawn over RuneScape if I crave for some RPG action.

Yeah sure, RuneScape is an online game. Perhaps World of Warcraft should have been a better example.

Back to the issue at hand, the game does seem dead if you compare it with its glorious past.

Just do a Google trends search and you’ll know how many people are searching for the game. 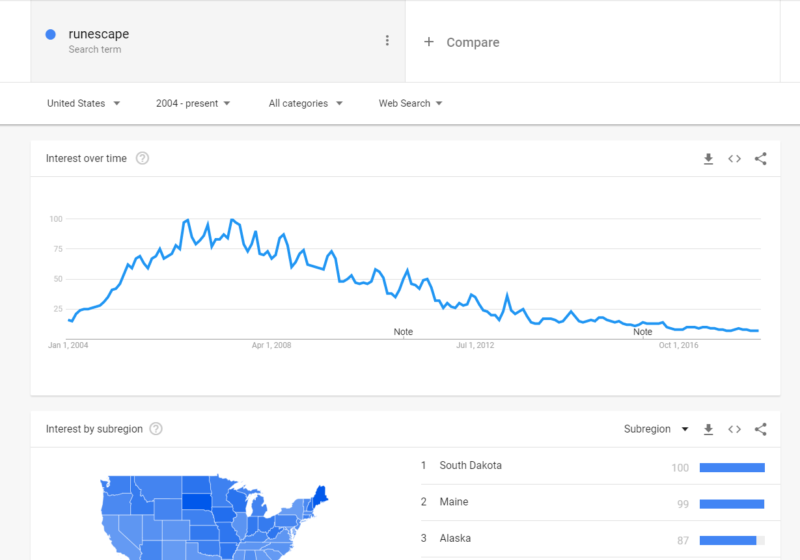 Here’s a screenshot of Google Trends. Well, there are still people searching for the game, but you can see the huge downward graph.

Even users on Quora and other forums have mentioned that the servers are really empty these days.

There are so many different games these days with real high quality graphics, story and gameplay.

It’s going to be tough for online games to do well these days.

What do you guys think? Is RuneScape dead? Check out some RuneScape alternatives here.

Let me know in the comments below!

Warcraft 4 – When Will It Be Released?

What Is Enjin Coin? – Changing The Gaming Landscape