After finishing the main story missions and three strongholds in The Division 2, you will reach the end game.

The end game is probably quite overwhelming at first, as you reach World Tier 1.

Here’s how you can change world tiers in The Division 2. 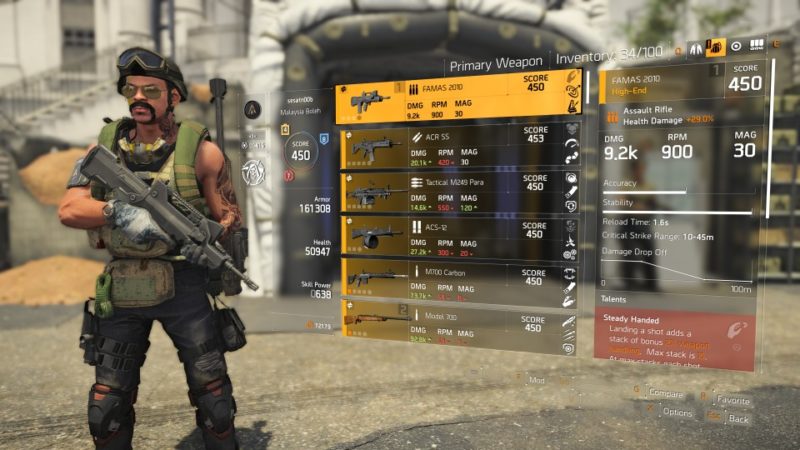 How to change world tiers in Division 2

After finally conquering most places in the map, you’ll probably feel overwhelmed to see that the Black Tusks has taken over everything.

It’s sort of undoing everything you have done so far. You’ll also be introduced to world tiers and Gear Score.

Here’s how you can change world tiers.

What is Gear Score?

Before that, you must have a clue on what Gear Score is. It’s a requirement before you can change tiers anyway.

Your character should now display a Gear Score, which is cumulative of your weapon and equipment scores. Even your skill mods have Gear Score now. 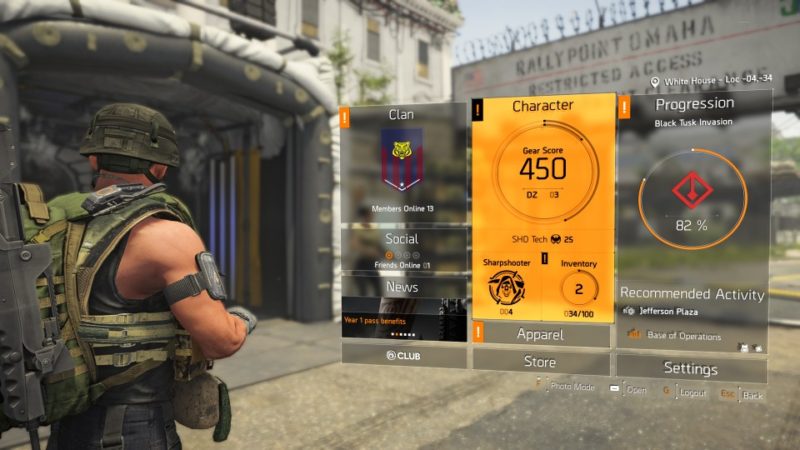 The way to increase it is simple. Just get better Gear Score items. You need to have all your equipment at a much higher Gear Score.

You can get better items if you take over more control points and supply rooms, do more main (or side) missions or even strongholds. The elites normally drop better items than you already have.

I never had to get into the Dark Zone to improve the Gear Score at all.

Even though some of the higher Gear Score items had sort of ‘weaker’ stats, I still opted from them. This is because you won’t stay in the same World Tier for a long time.

You only need a day or two to get to the highest possible tier, so you can keep changing your equipment for the better. 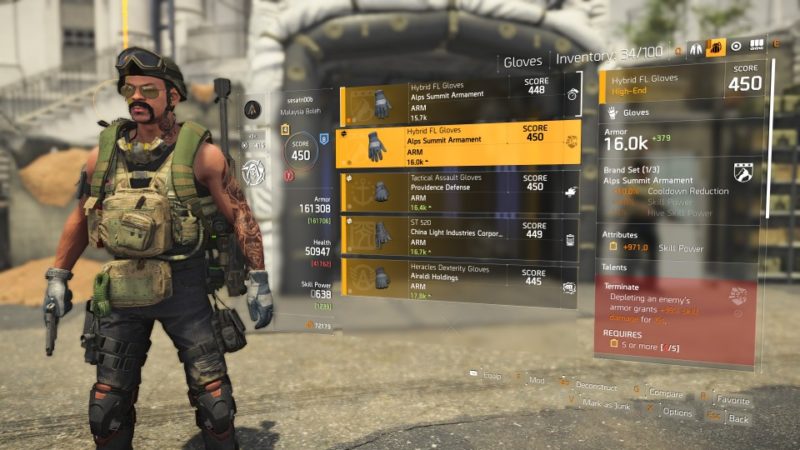 The aim is to get a higher Gear Score to reach higher tiers, and only then farm for better equipment, because your current equipment will become obsolete fast.

In order to reach World Tier 2, you simply need to defeat one of the three Strongholds (Roosevelt Island / District Union Arena / Capitol Building).

Before you can even attempt the Stronghold, you need to complete the main missions under that particular Stronghold.

Furthermore, you need to have the minimum Gear Score to enter.

Note: Even though it’s possible to attempt a stronghold via matchmaking, your personal progress won’t be updated if you haven’t unlocked the stronghold (via main missions and Gear Score). 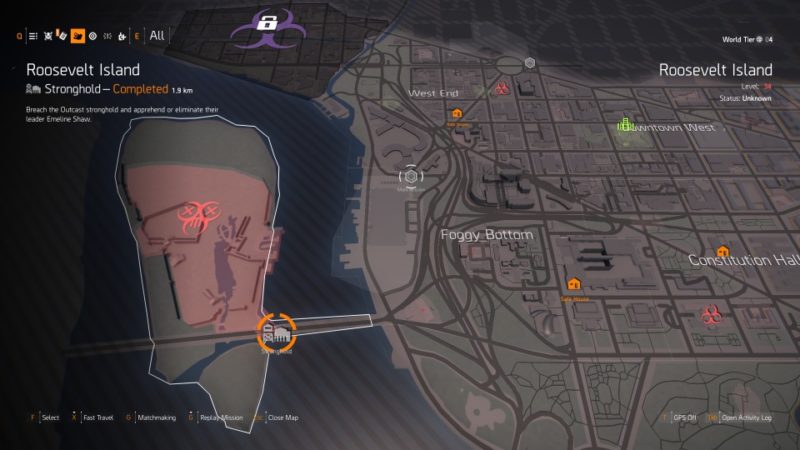 At this point, you only have two strongholds left. To unlock a stronghold, complete all the main missions under it. 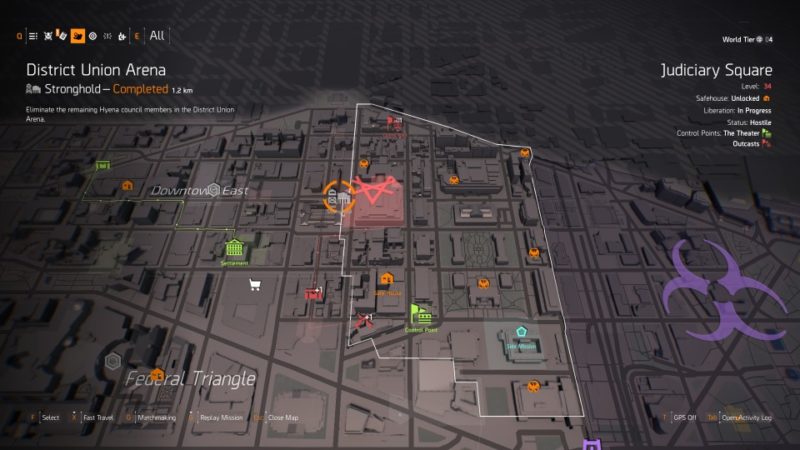 From World Tier 3 to World Tier 4, you should only be left with one of the strongholds. Let’s exclude Tidal Basin.

To unlock the stronghold, you have to complete the main missions under that area and have a Gear Score of 375. 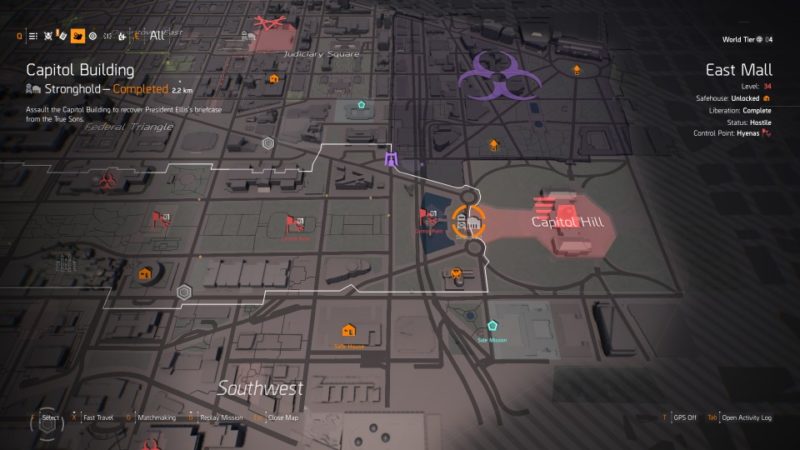 If Tidal Basin is still restricted for you despite having a Gear Score of 425 and above, it’s because World Tier 5 isn’t released yet.

Tidal Basin will be the main base of the Black Tusk and presumably much harder than the other strongholds. 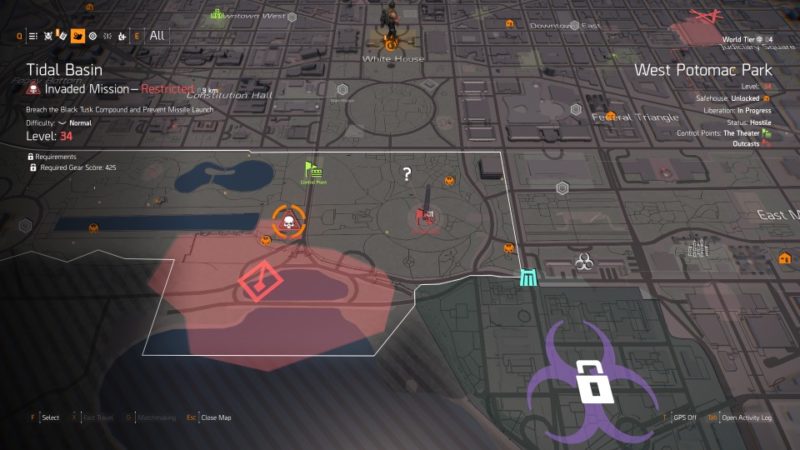 Hopefully we get a release of World Tier 5 and Tidal Basin stronghold soon enough.

How To Leave A Team – The Division 2 Wiki

How To Get Materials – The Division 2 Wiki And Guide