Tom Clancy’s The Division is by far one of the most popular and exciting games ever released. It is an exhilarating role-playing, co-operative, PvP game which was released in early 2016. It’s about the aftermath of a smallpox disease outbreak which takes place in New York.

The player acts as a government vigilante that solves criminal problems within the city. The game is available for Windows, Xbox One and PS4.

With a more realistic game graphics, The Division was able to incorporate believable effects such as shattered windows of a car, bullet holes and even footprints of the players. These effects add to the thrill of the game especially during firefights where players can use cars and other certain objects to hide from enemies.

Looting experience was also integrated into the game. Players can have five levels of loot to purchase or if you can afford to buy one, you can just pick up randomly dropped loots from fallen enemies. Each player also has its own inventory storage and gear slots.

If you want to have interesting ultimate items, players can have an opportunity to find the most valuable equipment in The Dark Zone which is the no man’s land and the most dangerous area of the game.

If you prefer post-pandemic co-operative gameplay with looting strategy of gaining items, The Division is a game that you and your friends will definitely enjoy.

Meanwhile, a new version called The Division 2 is making waves. The setting is in Washington D.C. which is in the verge of collapse. The city is in chaos and as an agent of the Division; the player must help save the city. It’s your duty to save the Capitol using your skills, weapons and unrivaled bravery.

In case you want to try a different game that’s similar to the Division 2, you can also check out these alternatives which offer almost the same amount of thrill and realistic experience. 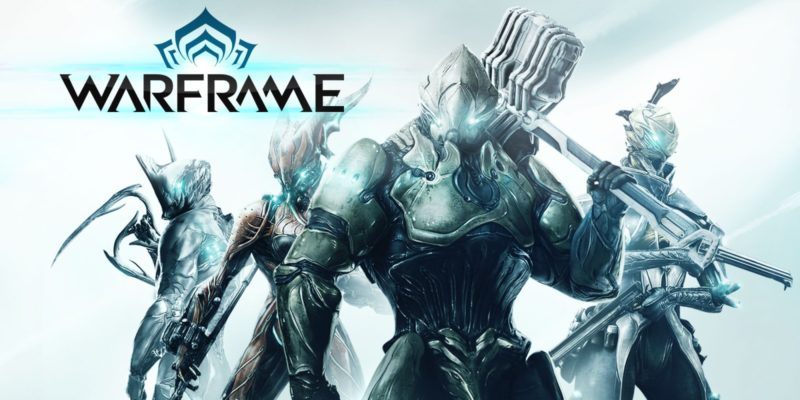 Warframe is a free to play third-person perspective shooter game released in 2013. It is a co-operative game which is available for both PC and PlayStation 4.

The storyline behind this game focuses around a Tenno warrior who just went to crypto sleep and woke up finding his world already at war against three factions. With skills, special abilities, and powerful armor – called as Warframe – the warrior has it all to try to win each and every battle.

In terms of gameplay, Warframe offers customization feature which allows players to create their own character based on their own preference. They can also load out abilities, items, and skills to the character that they made. Players can also enjoy leveling up their skills in every mission together with their friends because of the co-operative feature of the game.

The game also has its in-game store where players can buy an upgrade for their gears. Players can earn credits on every purchase they make in the marketplace of the game. They can also change their equipment after each battle depending on the situation they are into.

It is also a fast-paced game with a variety of available movements for each player such as roll, sprint, slide, and even dodge enemy fire. Each player also has its own melee sword to use whenever the enemy comes closer to you.

Warframe also assures their players that every map is different from each other because of its inspiration from the Diablo books. Randomized level layouts, player customization, and many other elements are just a few of what Warframe gives to its players. 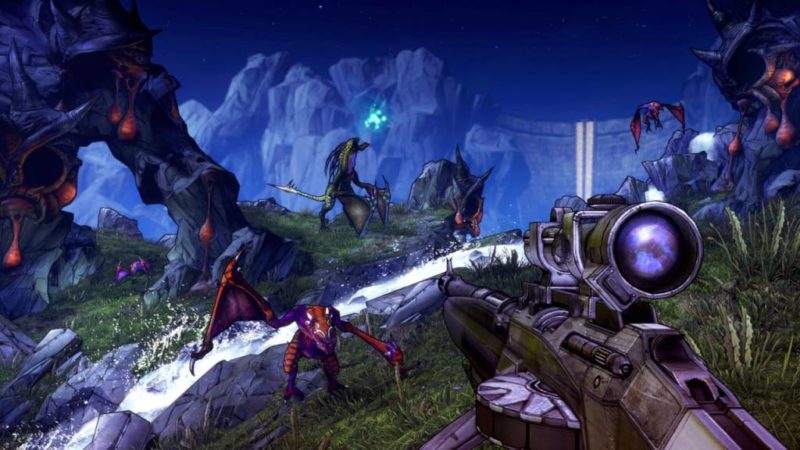 Gearbox continues to improve Borderlands gameplay experience by adding downloadable contents available by purchasing the Game of the Year Edition.

Critics and fans of the first Borderland game praised the action-packed experience offered by the Borderlands 2. Same with the original game, Borderlands 2 allows players to select characters together with different skillset available. This game also features looting system, numerous side quests and online co-operative which allows you to team up with other players.

The leveling system of the game allows players to increase their class or ranks by gaining experience by playing quests in the game. Each experience earned can be used to improve the skills of each character in class customization. The game also uses a skill tree system of skill enhancement.

This means that each player in a certain class has different strengths and skills available. Players are also allowed to replay quests in a different class.

Random loot also adds to the excitement of the game. Every player will be able to receive random weapons and accessories from enemies killed, completed quests or even in stores. This increases the players desire to continue each quest and look for perfect weapon or equipment for their character.

Borderlands 2 is definitely a must have game because it offers excitement and enjoyment to all of its players. They have a lot of contents and features that respond to what every gamer is looking for. 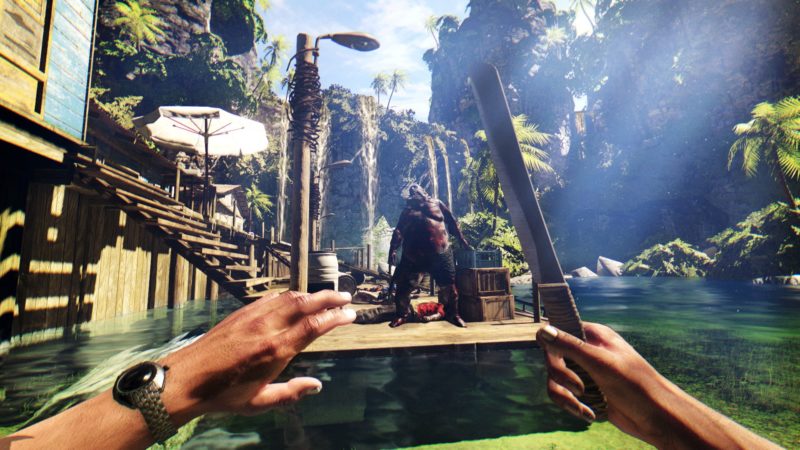 Dead Island is a role-playing game available in Windows, Xbox 360, and PlayStation 3. It’s a survival type of game where every player explores the environment and do their best to not be eaten by using any weapons available to them.

Players must survive against the flesh-eating creatures in the Dead Island – a fictional luxurious island – by moving across the island, completing quests and improving equipment. Each player should choose the character they want from four available characters. Every character has its own unique abilities and skills.

It has first-person perspective gameplay where each player has only melee weapons available to combat the zombie-like creatures. The creator focuses on melee weapons because they thought that when the zombie apocalypse happens, guns and any other high-powered weapons will be difficult to find.

Weapons are only available through loot hunting and can be enhanced by using blueprints. There are also different types of zombies which vary from their equipment and skills.

Dead Island is a perfect simulation for a possible zombie apocalypse. It has amazing gameplay but the combat experience tends to lose its excitement at the end.

Destiny is fantasy-themed gameplay which combined several other genres. It’s a game that offers a setting that ensures both the new and old generation of gamers will enjoy.

Destiny’s timeline set in the future where the human race face the brink of extinction. Every player called as the guardian is tasked to defend Earth City – the remaining functioning city. Each guardian has its own unique power called as the Light.

Players can choose their character as a Hunter, a Warlock, or a Titan. Each class has its own unique abilities and powers. Warlocks depend on their unique power while Titans prefer melee battle while using their wielded heavy weaponry.

Like the characters, enemies have their own different classes. Each player has to face four different class of enemies that are challenging enough to slow your game progress in every mission.

Players can also have an item hunt which is more effective if you team-up with your friends or clan. It also has a randomized looting style. Meaning, every player can get items or item improvements through monster kills, PvP wins and even in in-game stores. 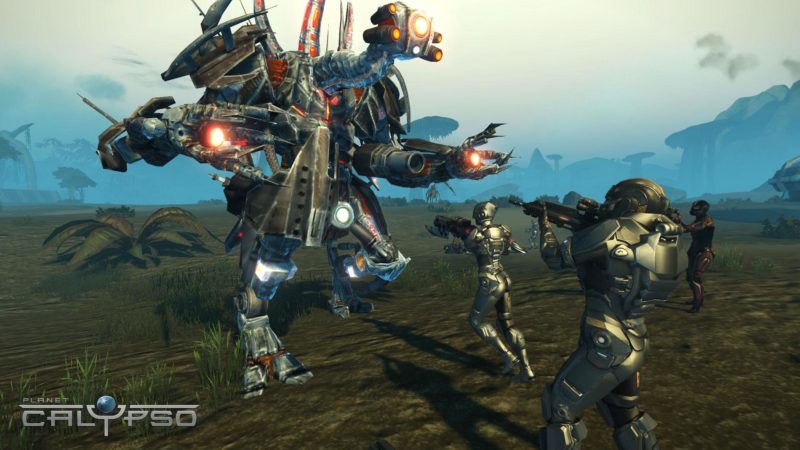 Planet Calypso is a planet inside the Entropia universe. It has a Massively Multiplayer Online (MMO) Gameplay that allows the player to escape from reality and live in a virtual world which has its own currency and other activities.

Since its release in 2003, Planet Calypso has been increasing and improving with a lot more science fiction-like setting to explore. The customizable avatar feature allows players to create their own character depending on their personal preferences.

Planet Calypso uses its own currency called Project Entropia Dollars (PED) which can be converted into real money with an exchange rate of 10PED = 1USD. Each activity that allows players to earn money can easily be converted and treated as profit in the real world. Planet Calypso gameplay involves hunting monsters and crafting items.

Even though the game is free to play, players can still make fun out of it by investing a little money and gaining returns in the long run. Players can also choose to play the game just for the sake of focusing on the challenges that the game gives without the investments. It really depends on how the players want to experience the game itself.

Players might think that the one avatar per person rule might disappoint them because of the limited choices they have for the character but no. The one avatar per person rule was established because of its real-world currency conversion capability. And although players can only select one avatar, there are lots of visual options during character select where players can choose from and they can also change every avatar’s set-up every day. This makes the game more fun.

Planet Calypso is definitely an outside world for all gamers. It offers a very unique experience of gaming, role-playing and social experience while actually earning some extra money.

What are you waiting for? Try these thrilling games like the Division 2 today!

Bonus: Do check out World War Z which is like a combination between The Division 2 and Left 4 Dead.

Top 10 Games Like Candy Crush You Can Play Today