Multiplayer shooter games have been one of the most played game genres in the gaming industry. Quake is a famous multiplayer game that offers various weapons, maps, and other features.

Here is the list of games like Quake that are sure to keep you busy and entertained for hours:

Warframe is a third person free shooter available in both PC and PlayStation 4. The game has a sci-fi twist. It was released last 2013 and was immediately recognized by different multiplayer shooter game lovers.

The gameplay focuses on players controlling a Tenno warrior who just woke up from cryosleep. It was already a century has passed since they were put into sleep.

The world that they witnessed before their sleep was not the same anymore. They already find themselves at war against the three other factions. A Tenno warrior is known to be a great fighter. They use special abilities and their armor called Warframe in combat.

This game allows players to customize their own character, their abilities, and weapons. In order to get stronger, the player must kill every enemy that they face in the mission for them to get a chance to level up.

Warframe also offers a gaming experience which is similar to Borderland’s and Left 4 Dead. 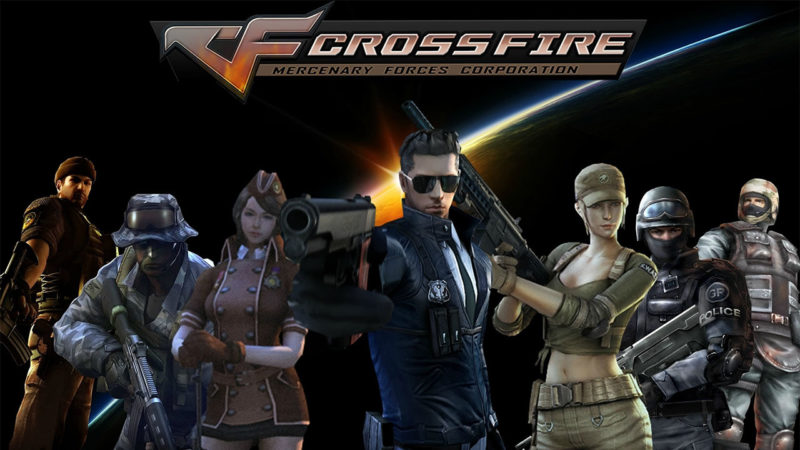 CrossFire was released in Korea last 2007. It is a free to play shooter game that offers a variety of weapons available. Just a few days after its release, the game was quickly rose into popularity and was hailed as the fastest growing free to play shooter.

The community has been increasing since its release which made matchmaking between online players easy. Players are matched depending on their ranks and map choice.

In this game, players will be playing against each other in a two-team skirmish. Players can choose their own team between Global Risk or Black List.

The teams give little to no bearing in the game. The players’ chance to win each match will solely depend on the skill of the player.

There are also different game modes available for the players. They can also choose their own weapon to use in every match. Players will be earning credits in every round and these credits will be used to buy their desired weapon and equipment.

Combat Arms is another free to play shooter developed by Nexon and was released in 2008. It is a fast-paced multiplayer game that offers different game modes for the users.

The gameplay of Combat Arms is similar to other games in this list but what makes it better is it requires lower technical requirement. Players do not need to upgrade their own computers in order to play this game. 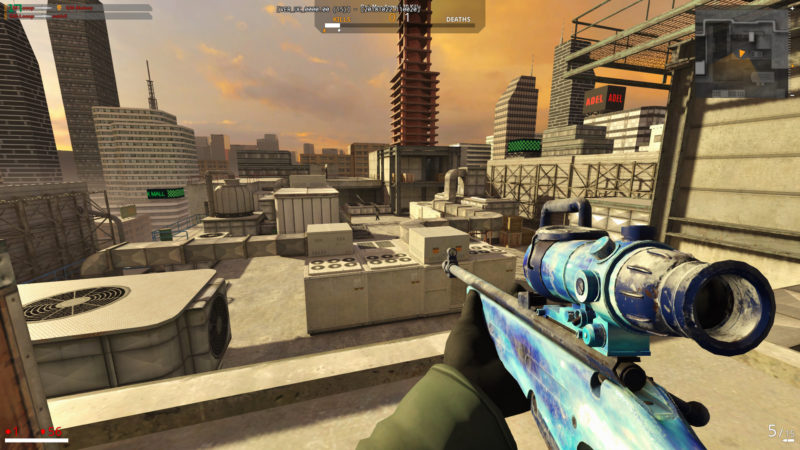 Although visual quality is not that good compared to other high spec requirement games, older PC versions are still enough to achieve a real gaming experience.

Combat Arms offers different game modes such as search and destroy deathmatch, and free for all. There is also a mode where players will be playing against infected enemies.

Players will be playing against each other in an online environment. Aside from game modes, there are also other options that players can choose from such as maps. There are more than 40 different maps available in the game.

The gaming community of Combat Arms is also increasing. The rising population of the game users enables players to learn a few things from the game such as the best mode and map combination.

Players can easily access the community and can easily gain friends in the game itself. You can create your own friend’s list in the game and communicate with them whenever you want. 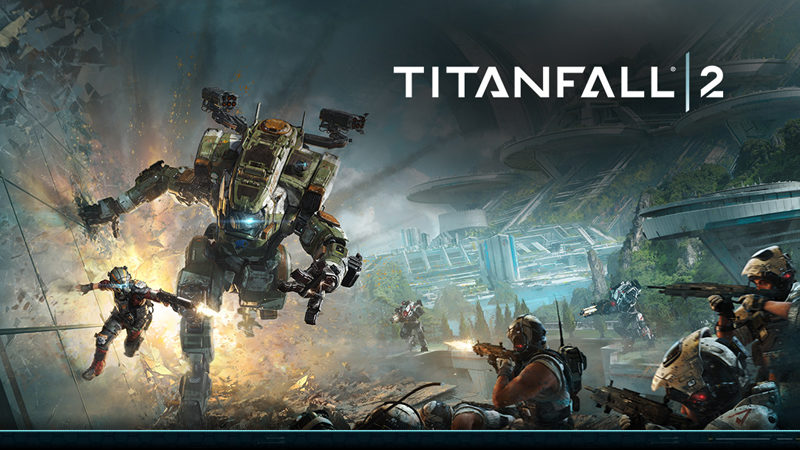 Titanfall 2 is based in the previous game Titanfall. Players can enjoy this game in a single player and multiplayer mode. The game adopts the similar gameplay of the previous game. This game is a shooter game where players will be playing with a Titan.

This game is about an arms race between two factions; the IMC and the Frontier Militia. The IMC is the one who has control over the space region called The Frontier.

Titanfall 2 has a multiplayer and single-player mode. In the single-player mode, players will be taking the character of Jack Cooper, who is a rifleman of Frontier Militia whose main goal is to help the group achieve their goal. 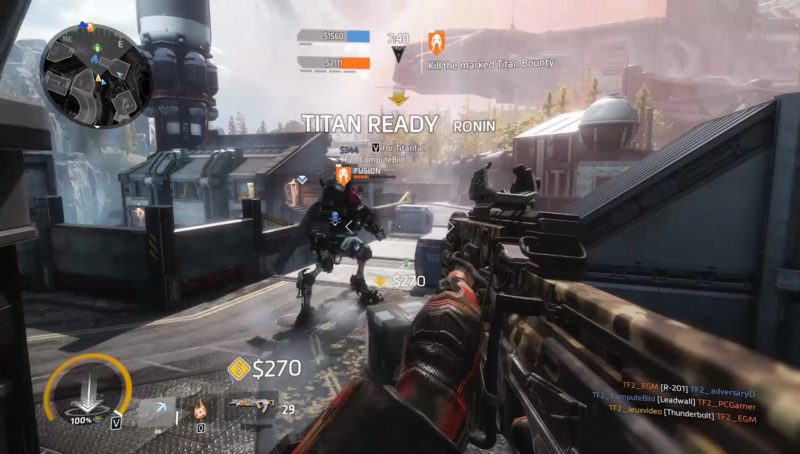 Cooper’s plan in order to reach this goal is to become a Titan pilot. A Titan is a machine that can give pilots different abilities in combat. They can perform different physical abilities such as running against the wall, double jumps, and parkour abilities.

Players can enjoy a variety of offers in the game. There are various weapons such as shotguns, rifles, machine guns, pistols, and grenades. They can also customize their own character. Players can also enjoy the unique grappling hook which allows their character to move from different places easily. 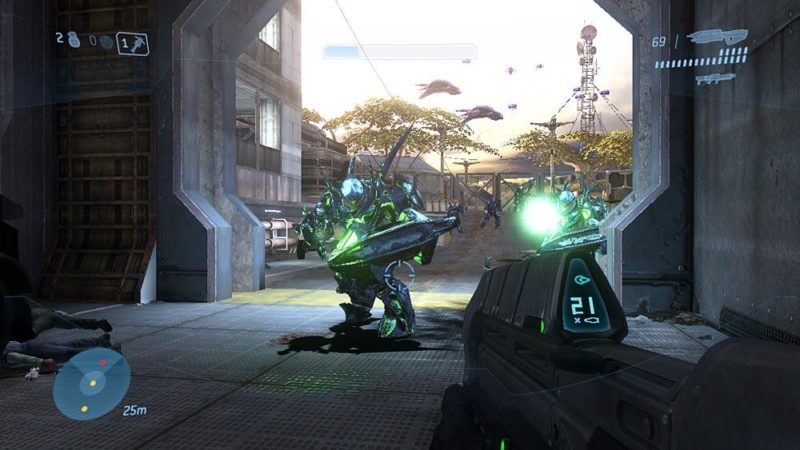 Halo 3 is the third installment of the Halo series released in 2007 in Xbox 360. After its release, the game quickly made itself known in the community and was later held as part of the top 5 spots in the Xbox 360 all-time list. It is also the best-selling game in the entire Halo series.

The game is basically based on the original Halo story. Players will still be playing in the same universe with the previous game. They will still fight against the Covenant and the story will still be revolved around the Master Chief.

The developers also retained the famous dual wielding skill, but using this skill requires proper decision making by the player because of the weaknesses that it may bring to your character. When using this mode, players won’t be able to use grenades and melee attack during combat.

But the game was not just completely a copy of the previous Halo games, there are still major changes in the game. The most notable change in the game is the addition of the new heavy support weapons. Players can use this high-powered weapon, but it will also decrease their movement speed.

Serious Sam 3: BFE is a fast-paced first-person shooter game released in 2011 and was made available in Microsoft Windows, OS, Xbox 360, PlayStation 3, and Android platforms. The game offers a 16-player online game with a 4-player split screen technology. 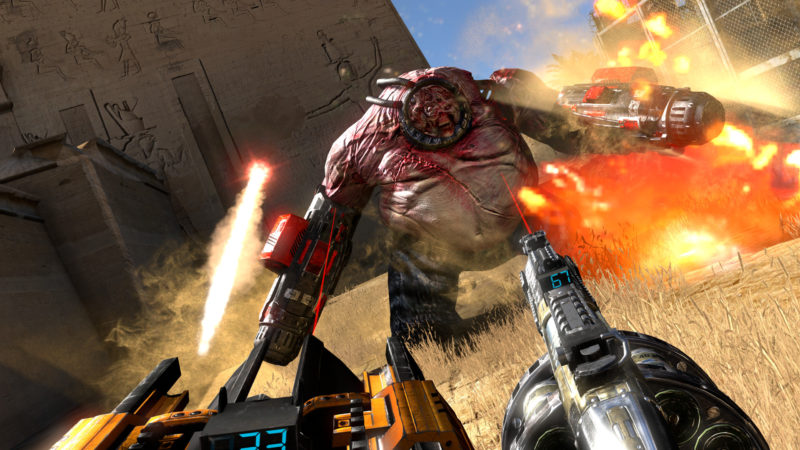 This game is the prequel of Serious Sam game. It took place in the 22nd-century Egypt where the Earth is facing an invasion of the Mentals which was shown in the Serious Sam: The First Encounter.

The story in this game focuses on the events that happened before Sam’s previous adventure in the First Encounter.

The main mission is to lead the team of Earth Defense Troops and find Dr. Stein. Sam will be facing various enemies along the way.

Enemies can be a mixture of both melee and range attacker. Players must be careful in facing these enemies because they also have their own combat tactics.

Gotham City Impostors is a multiplayer game based on the DC Comics’ Batman. The game was released in 2012 which is available on PlayStation 3, Xbox 360 and Microsoft Windows platform but later in 2014, the console platform was shut down.

The game was initially launched as paid game but later, when the developers realized that there is an increasing number of users, they eventually made the game free for Windows platform.

This game is a first-person multiplayer game where players will be taking the characters of some known person in the DC Comics’ Batman. There will be two teams which will be represented by The Joker and Batman.

Each team will be dressed according to their represented character. The maps of the game are also inspired by the different famous places in Gotham. Each map can handle 12 players at the same time which makes the gaming experience much better because although the map is quite small, the number of players is perfectly proportionate to the size of the map.

There are also four different game modes, and these are Psych Warfare, Fumigation, Bounty Hunter, and Team Deathmatch. If you are still unfamiliar with the gameplay, you can choose to play in the training mode called Initiation. In this mode, you will be instructed on how to use weapons and gadgets available in the game.

Aside from different game modes, there is also a wide variety of weaponry available in the game. The players can also choose to use gadgets such as grappling hooks, glider wings, and roller skates. Players can also customize their character by choosing the costume and weapon skin of their choice.