Episode 2 of Season 8 of Game of Thrones aired a couple of hours ago, and it was more of a reunion or a preparatory episode.

There were a couple of surprises this episode and I’m sure many did not expect it to happen.

Here’s a brief recap of season 8 – episode 2 of Game of Thrones titled “A Knight of the Seven Kingdoms”. 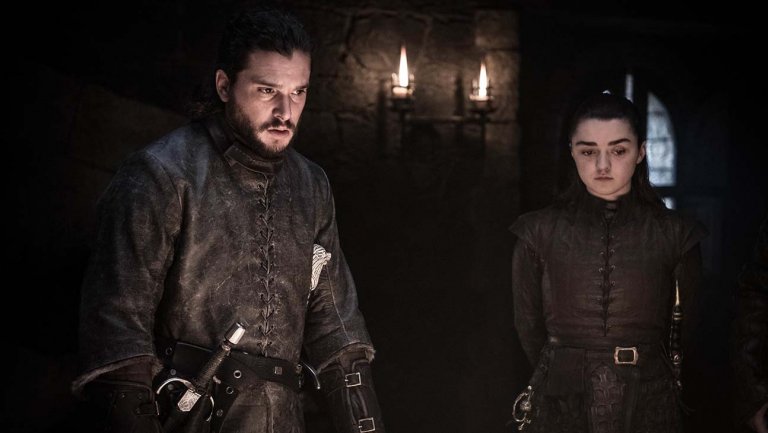 Following Jaime’s arrival in Winterfell last episode, this episode starts immediately with Jaime being trialed by Daenerys, Sansa and Jon. As expected, nothing happens to him, especially with Brienne of Tarth defending Jaime, claiming he is an honorable man. Daenerys seems to have lesser faith with Tyrion after hearing of Cersei’s betrayal. 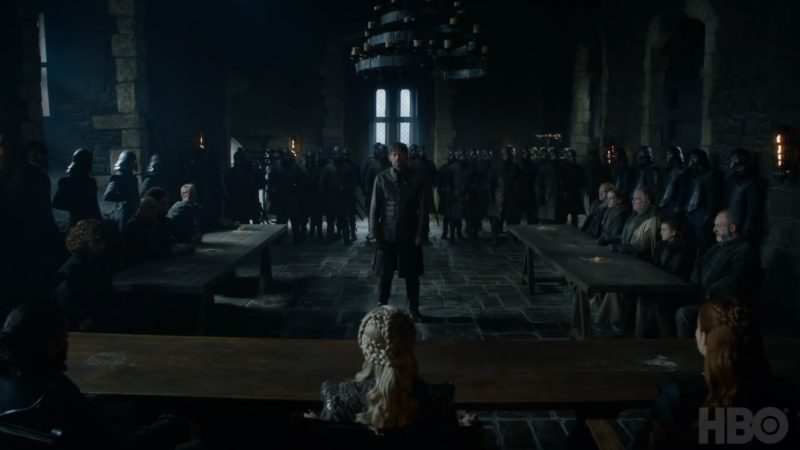 Gendry finally completes the spear that Arya asked him to make. As many have predicted, Gendrya is finally happening. In the next scene, a girl is no longer a virgin, which was one of the most shocking scenes in GoT in recent times. You have to see it to believe it. 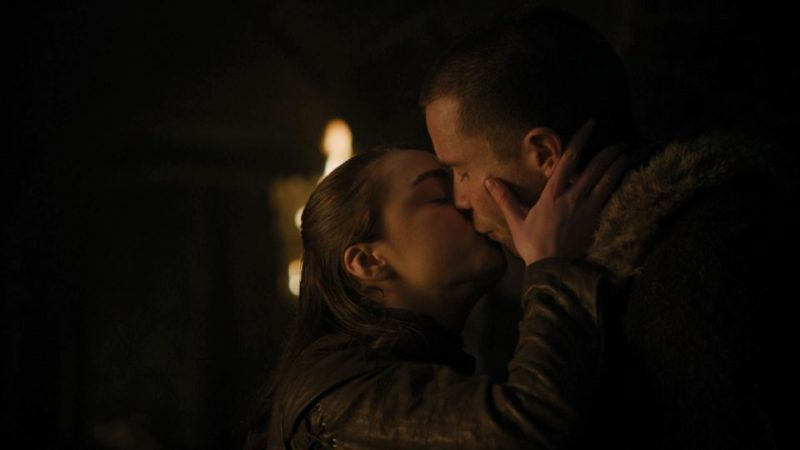 Jaime and Bran finally had a conversation with each other, and Jaime apologized for his doing back in season 1. Bran doesn’t seem to care much since he’s no longer Bran Stark, but the Three Eyed Raven. He also chooses not to tell anyone about Jaime’s doing (which would get him killed), as Jaime would be a great help during the war.

Tyrion and Jaime finally reunites, and ironically they’re defending the Starks in Winterfell, something which wasn’t fathomable back then. They’re in relatively good terms now despite Tyrion killing their father. 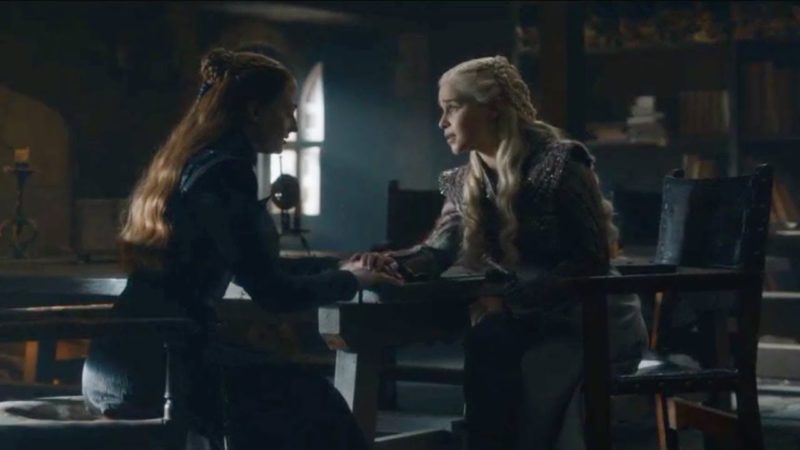 Dany approaches Sansa who was talking to Yohn Royce. The funny thing is that Royce’s role this season is to simply leave a conversation. Dany proceeds to talk to Sansa and tries to understand why the latter has been slightly hostile towards her. They became friendly with each other, until Sansa raises the question on what happens to the North if Daenerys takes the Iron Throne. Dany wants to rule the Seven Kingdoms but the North doesn’t want to be ruled by anyone.

Theon finally arrives at Winterfell, meeting with Daenerys and Sansa. He is back to help defend Winterfell against the White Walkers. Sansa was happy to see Theon and they shared a hug.

Edd, Tormund, Beric and the rest of the survivors finally arrived in Winterfell. They managed to outpace the wights. Jon, Sam and Edd has a pretty cool bromance moment, as they reminisce about the past being in the Night’s Watch, mentioning Grenn and Pyp.

Jon’s direwolf Ghost finally makes its appearance. Unfortunately, it does nothing but sit beside Sam, Edd and Jon and appeared only for a few seconds. Seems like that’s all they had for the budget. We see no dragons this episode though. 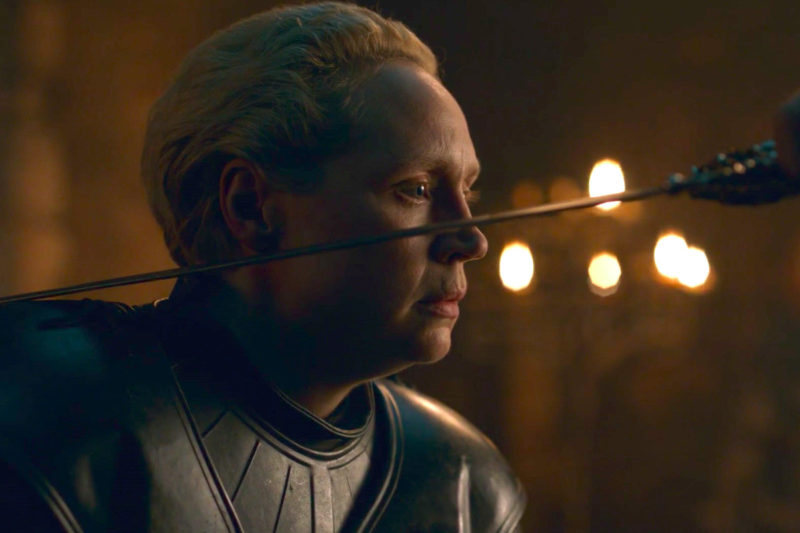 During a gathering between Ser Davos, Tormund, Brienne, Jaime, Tyrion and Podrick, Jaime decided to make Brienne a knight of the Seven Kingdoms (which is the title of this episode). The knighting ceremony was observed by the men in the room, with Tormund clapping happily once it’s over.

Tormund explains to the same group why he is called Giantsbane. Apparently at the age of 10, he killed his first giant. He woke up in the arms of the giant’s wife and was breastfed by her for 3 months. The giant’s milk made him strong. 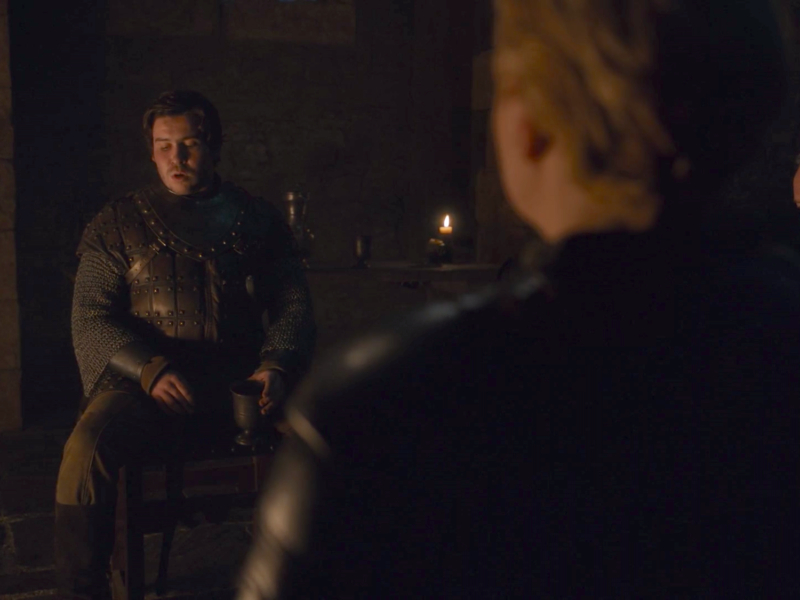 Podrick’s singing was one of the highlights in this episode. He sang “Jenny’s song” which many thought to be similar to Pippin’s singing in Lord of the Rings (Return of the King). It definitely brought the same feel as the one in LOTR, but in this series, it’s sort of the song before many characters die.

We finally see Ser Jorah and Lady Mormont having a conversation with each other. Lady Mormont wishes Ser Jorah, her cousin, good fortune. It may be a foreshadowing that he probably won’t survive the long night. 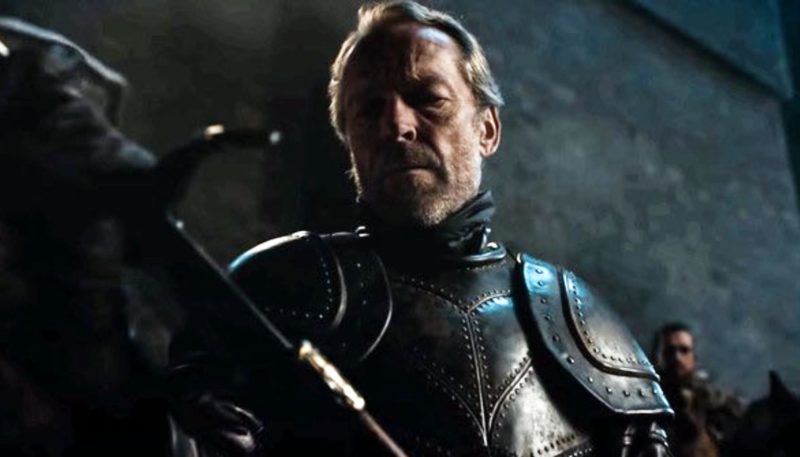 Samwell Tarly meets with Ser Jorah and gives the latter his sword, Heartsbane. It’s the sword that belongs to the Tarly family and is made of Valyrian steel.

In this episode, Jon finally reveals who he is to Daenerys. He explained that Lyanna Stark married Rhaegar in secret and had a boy. The boy was given to Ned Stark as a bastard to protect him from being killed by Robert Baratheon. Dany asks Jon where he heard it from, and he replied that Bran and Sam told him. She seems to be in disbelief, also owing to the fact that Sam is his best friend and Bran is his brother, making the information less believable. The first thing she was concerned about was that, if it was true, Jon has the claim to the Iron Throne. Before the conversation could go further, the White Walkers have arrived outside Winterfell.

As many have predicted, the episode ended with the White Walkers arriving outside Winterfell on their horses. Episode 3 will definitely be a bloodbath. 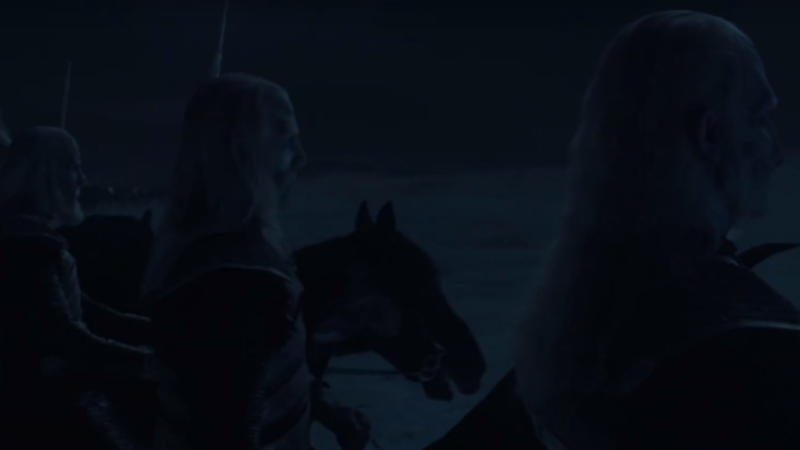 Episode 2 of season 8 of Game of Thrones was mainly on tying up loose ends with each other, and perhaps having their last good conversations. Needless to say, it was pretty much fan service.

We can all expect to see some of our favorite characters die in episode 3, so brace yourselves.