Friendship’s Due is a companion quest by Felix in Obsidian’s The Outer Worlds.

Your task is to bring Felix meet his old friend Harlow who has a big project.

Here’s a walkthrough of Friendship’s Due in The Outer Worlds. 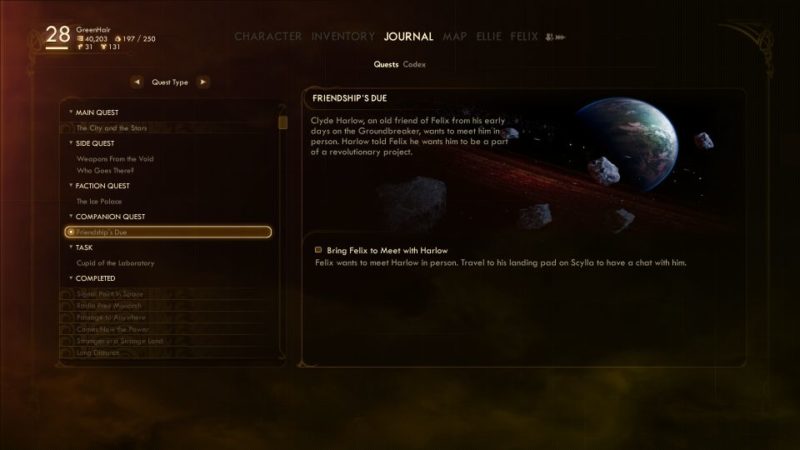 To find Harlow, go to Scylla. You would have gotten a new landing place on Scylla – Harlow’s Base. 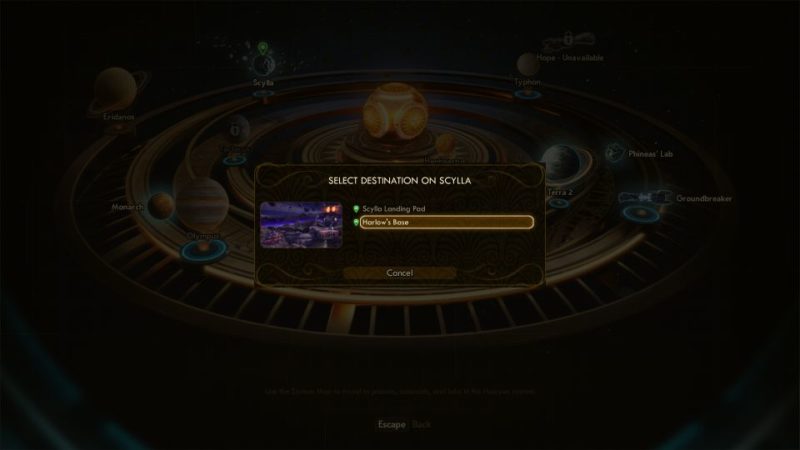 Once you’ve landed, talk to Voelker. Tell him that Harlow’s waiting for you guys. 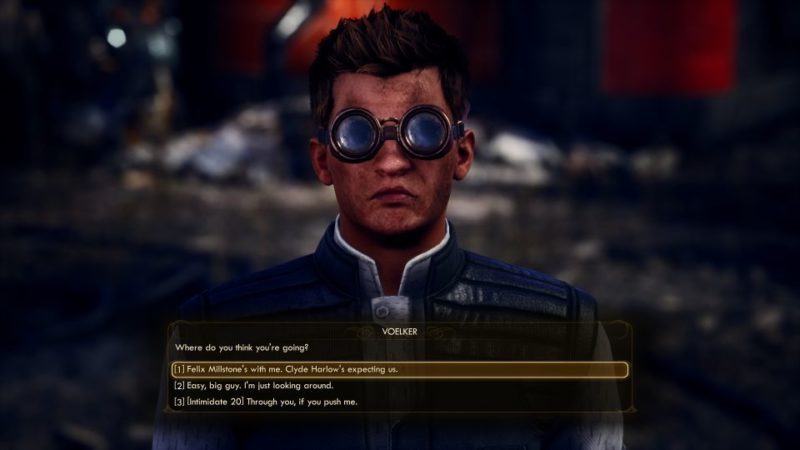 To look for Harlow, head into the building through the main door. 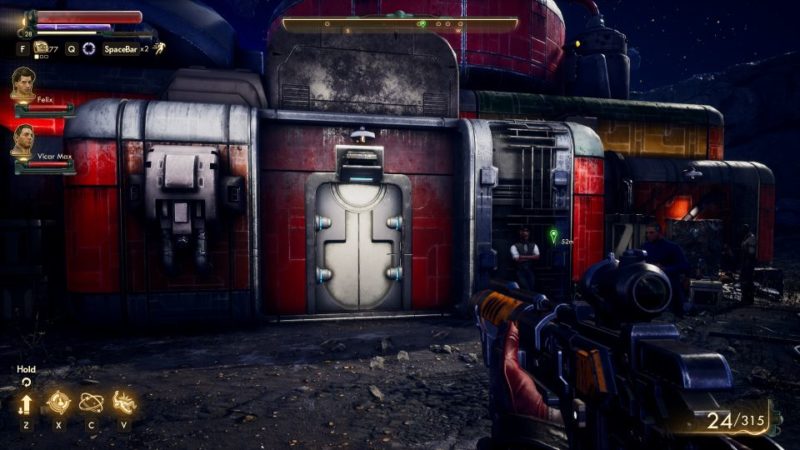 He is all the way inside. 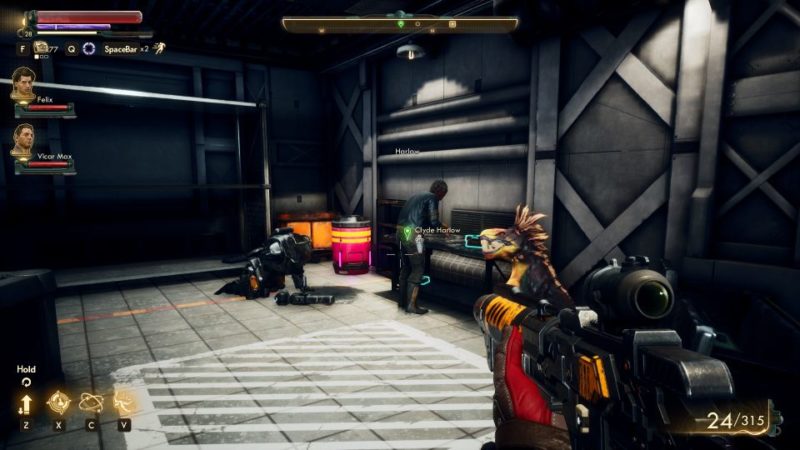 Talk to Harlow. He’ll ask for a favor in killing a traitor. 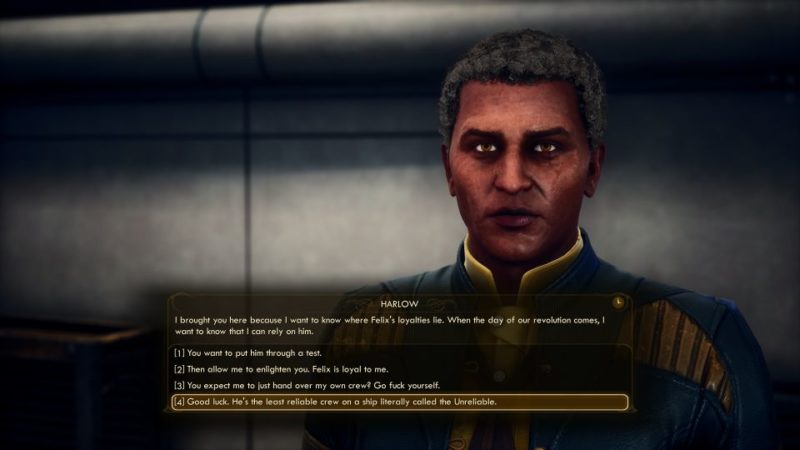 To get a clue on where that traitor may be, talk to Rosana at Groundbreaker. Her location’s on the map. 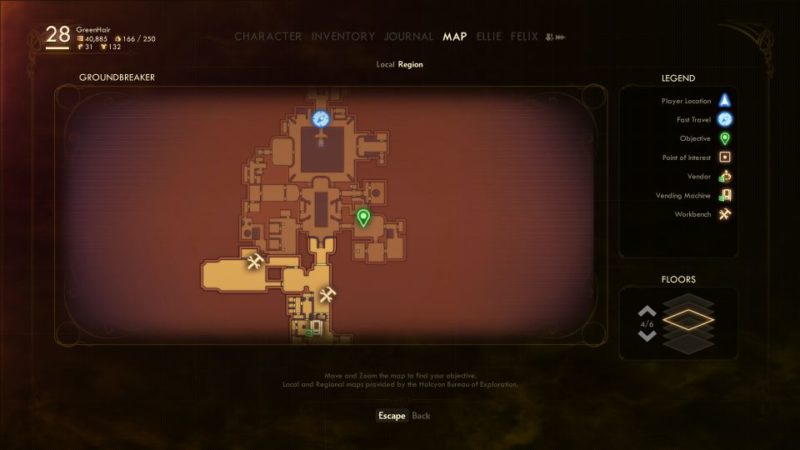 She’s in The Lost Hope bar. 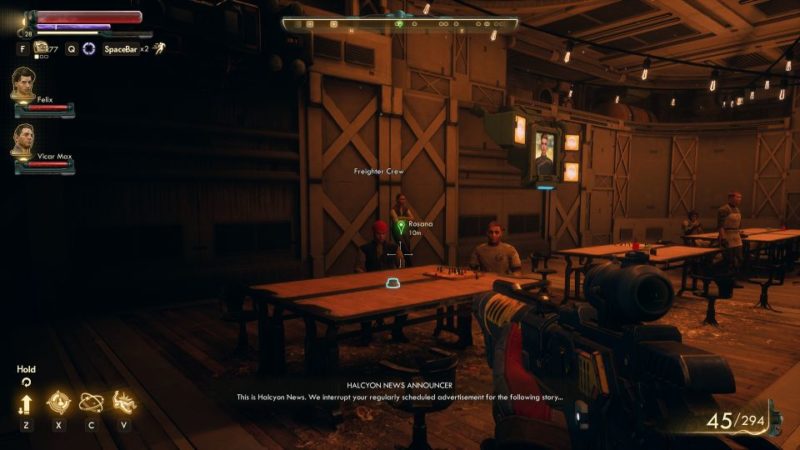 Ask her about Rufus Trask. 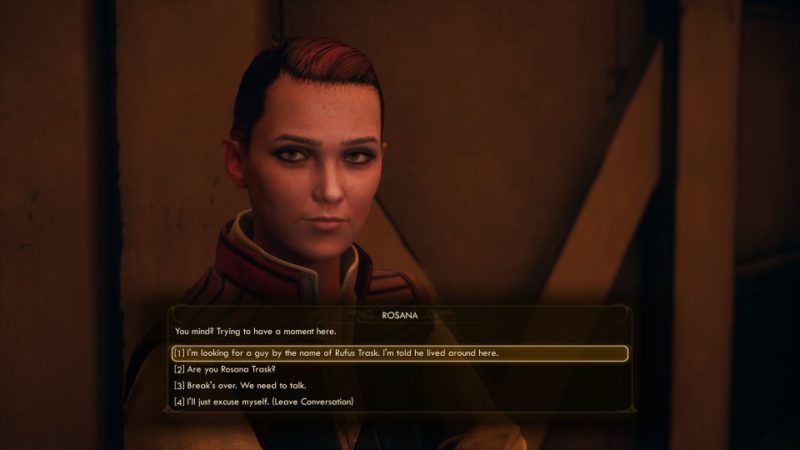 Also, show her the emblem you got from Harlow. 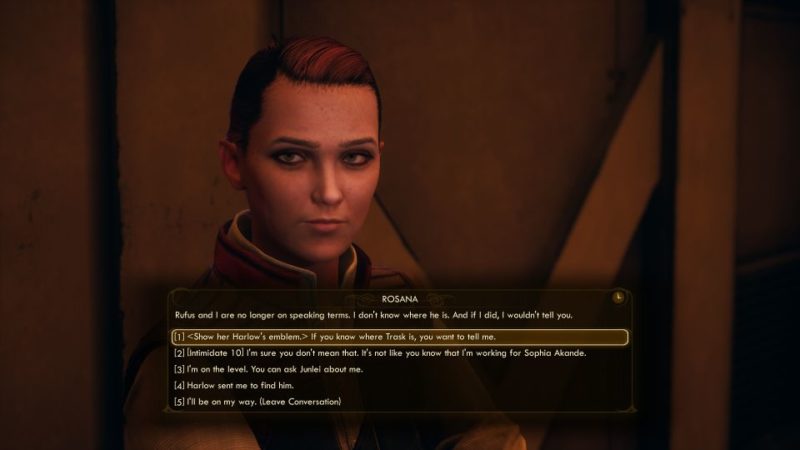 You can further lie or intimidate her to get intel. 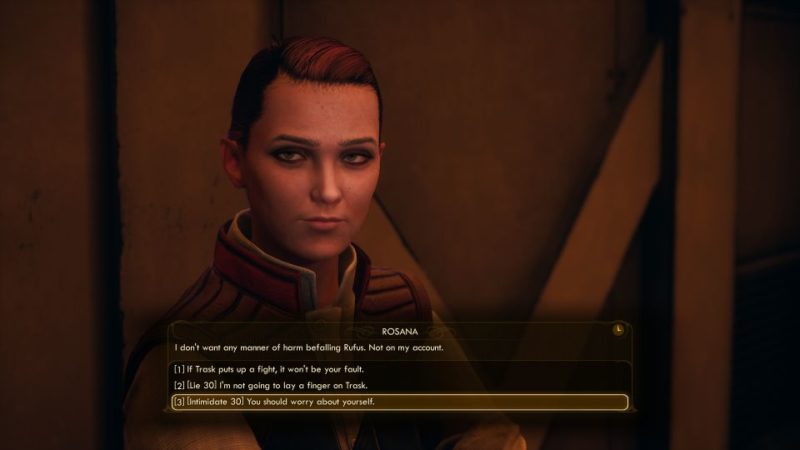 Look for Trask in Emerald Vale

Trask is located in Emerald Vale. Fly to the Edgewater landing pad. 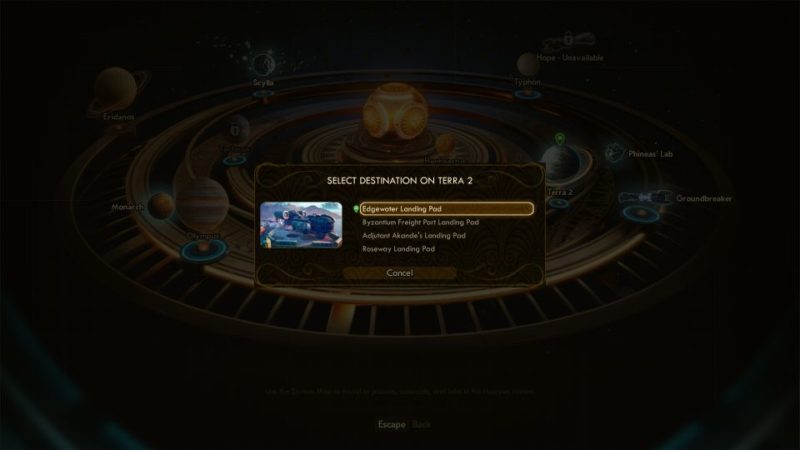 His location is shown in the map below, marked by the green objective. It’s all the way up north. 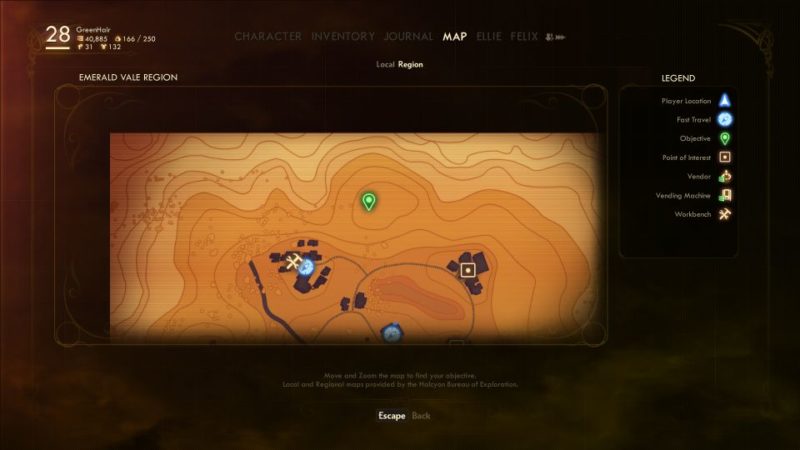 You’ll notice that you can’t climb up through the hill. Go a big round and look for an opening to enter the area (image below). 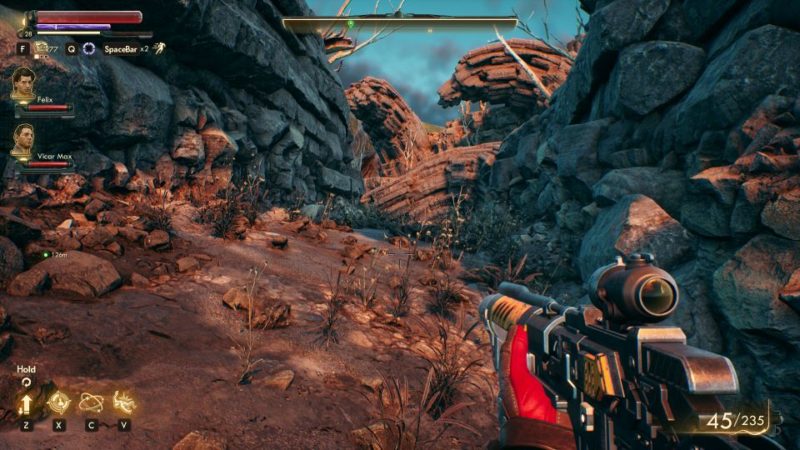 Keep going until you see Trask and his crew. Talk to him. 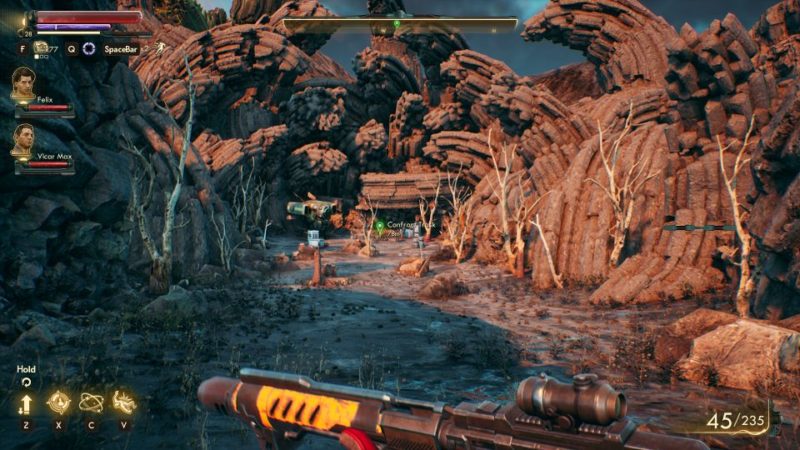 He’ll know that Harlow sent you. 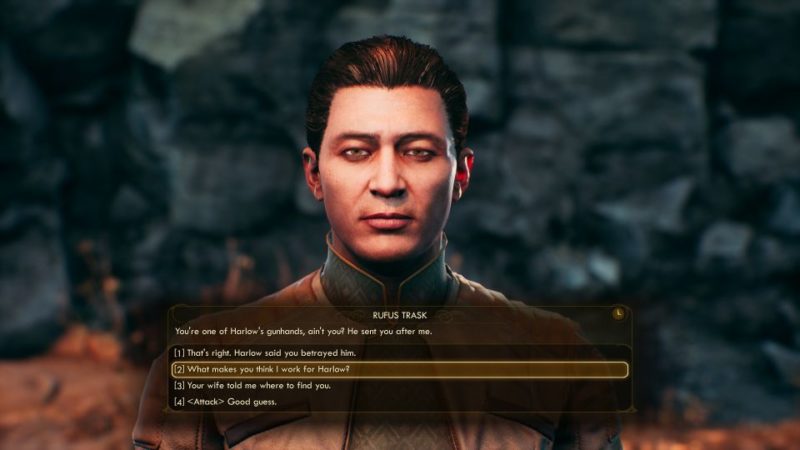 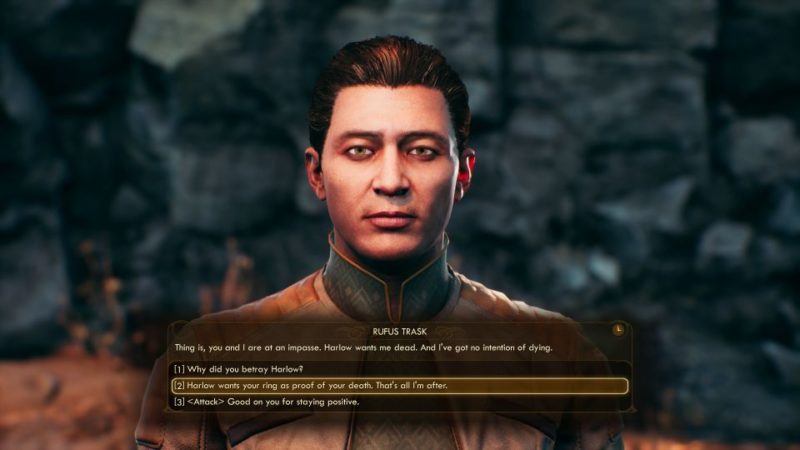 Also, ask for evidence that Harlow is actually working for the Board and that Trask is not guilty. 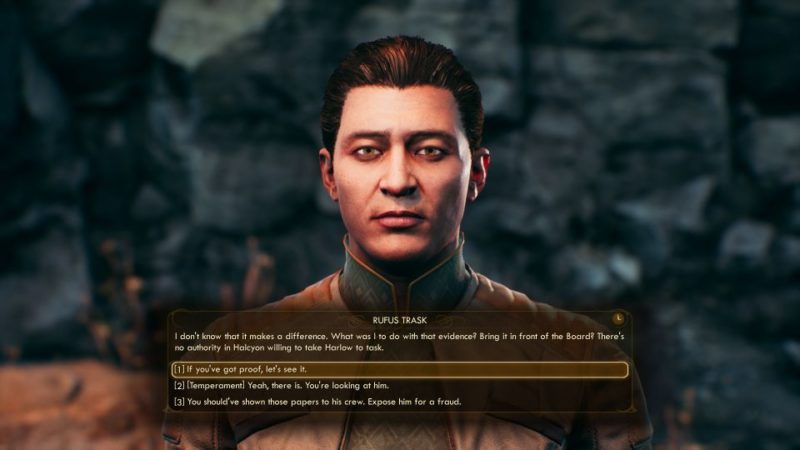 The evidence that Harlow is actually in the Board’s payroll is in Harlow’s Base itself.

Enter the building and look for the evidence in a small walkway. 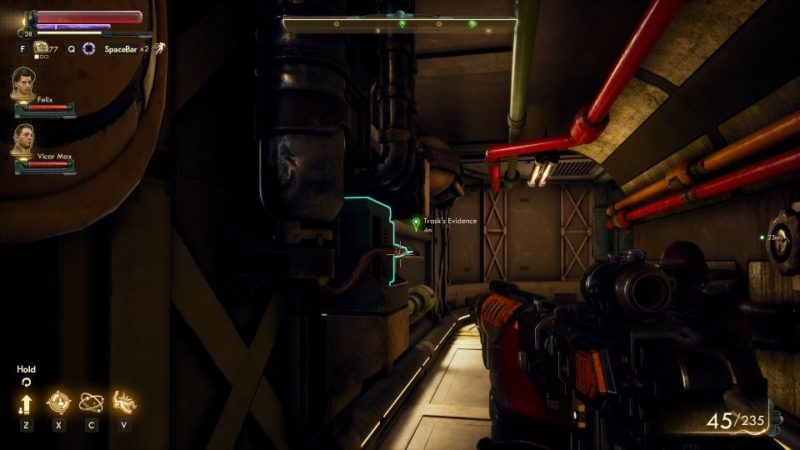 After getting the evidence, speak to Harlow. You can lie to him saying that Trask is dead, or you can kill Harlow for being a traitor. 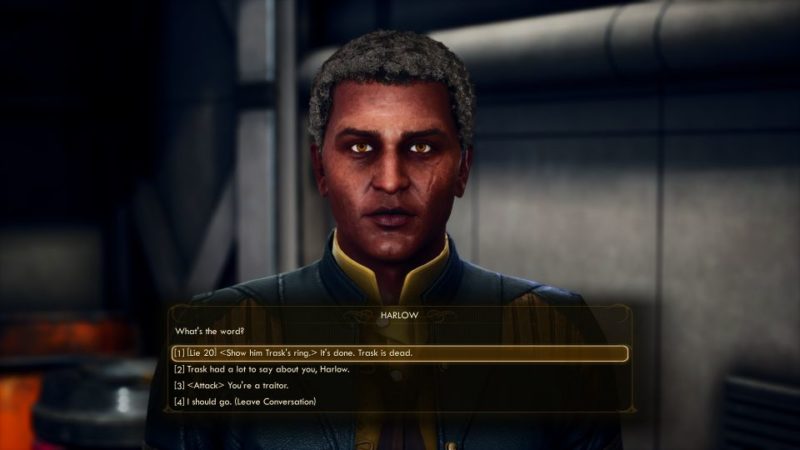 We chose to lie instead. Also, you can tell him that you have evidence he has been bought off by the Board.

He’ll reason that he still needs funds to start a revolution. 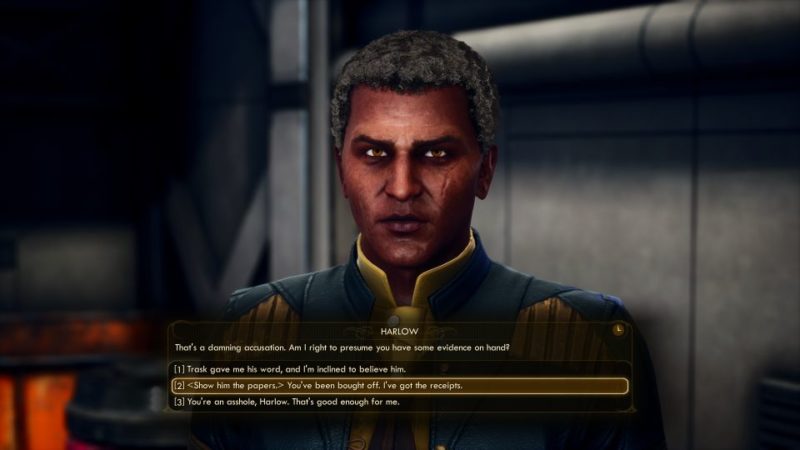 In the end, Harlow will ask that Felix rejoins his crew for the revolution. We chose to keep Felix in the team. 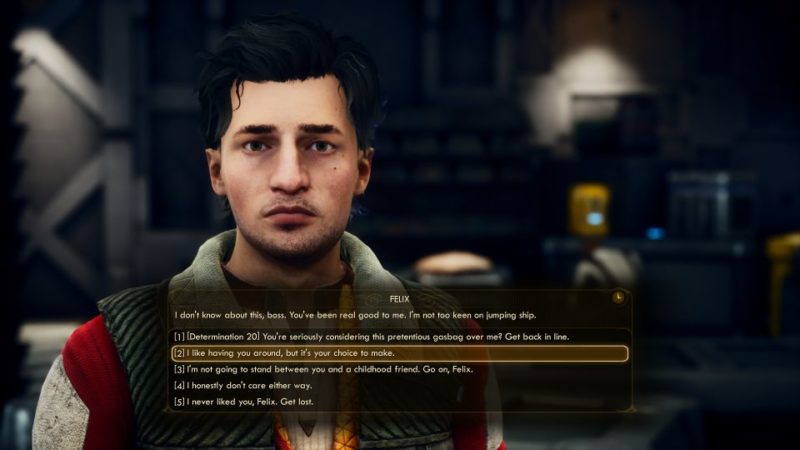 Head back to the ship to talk to Felix and complete the quest. 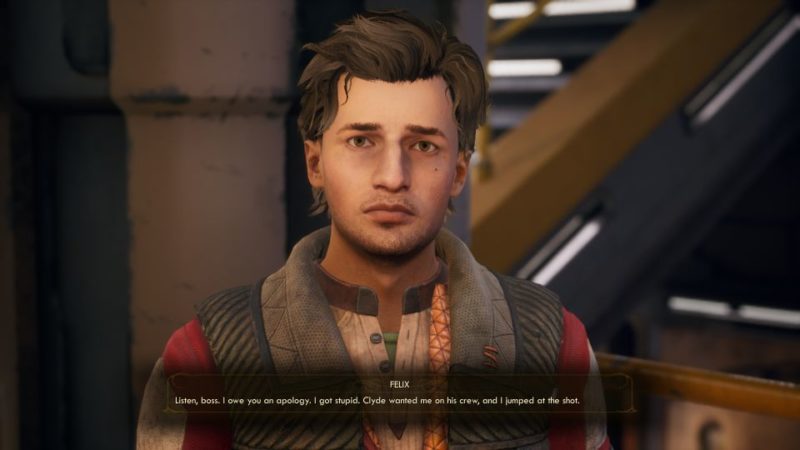 How To Unlock All Companions In The Outer Worlds

Should You Steal In The Outer Worlds?