Firepower is a side mission you will find in Tom Clancy’s Ghost Recon Breakpoint.

Your task is to find the Behemoth (a dangerous drone) and destroy it.

Here’s a walkthrough of Firepower in Ghost Recon: Breakpoint.

Your first objective is to go to the Land Chassis Factory.

It’s in Whalers Bay province and the exact location is shown below. 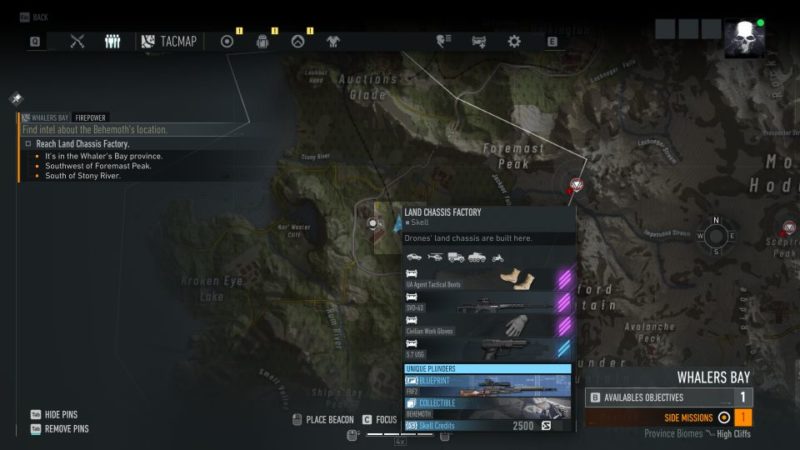 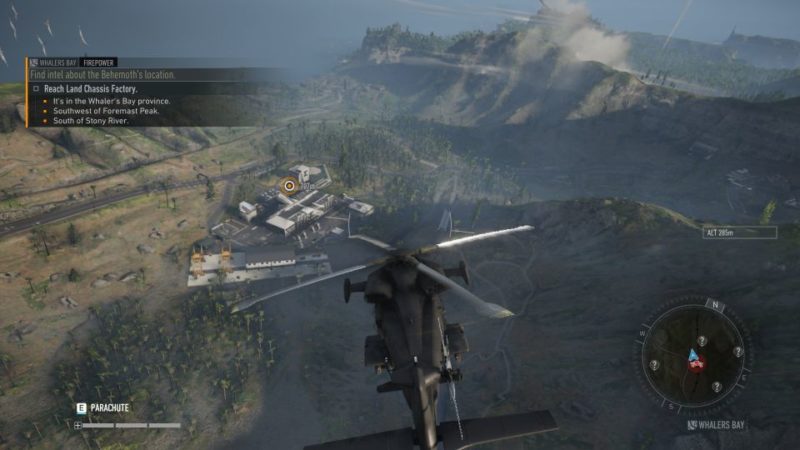 Once you’re in, you need to investigate the factory by gathering intel.

Intel has to be taken from interrogating Sentinels. 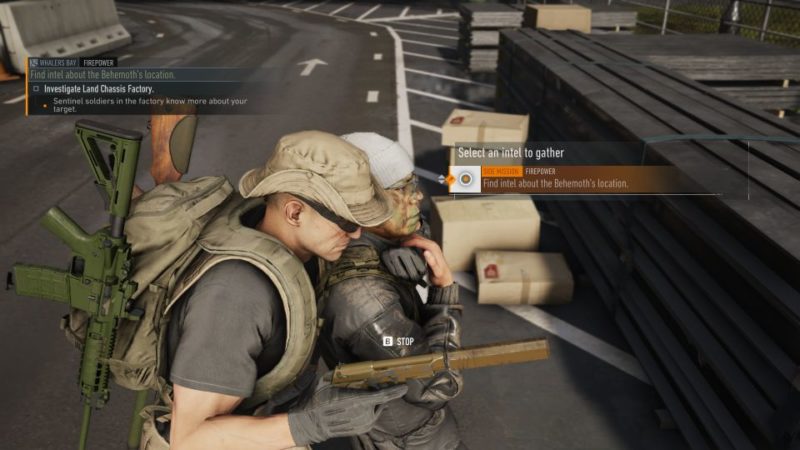 Next, look for the factory’s monitoring room. 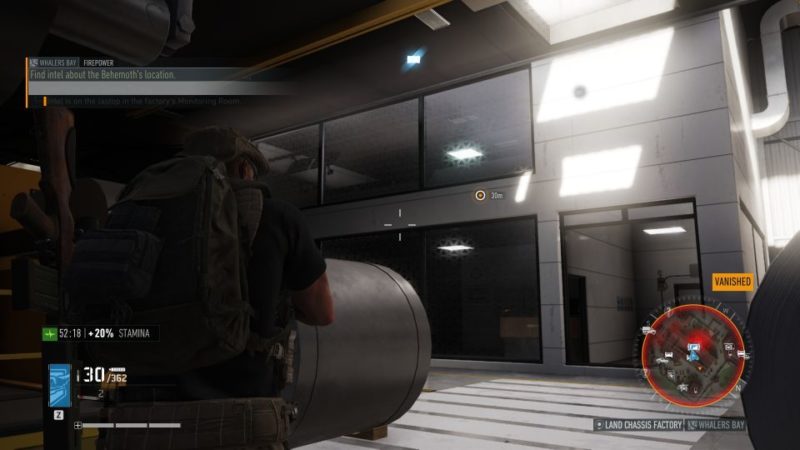 Go upstairs and you’ll find a laptop showing the next location. 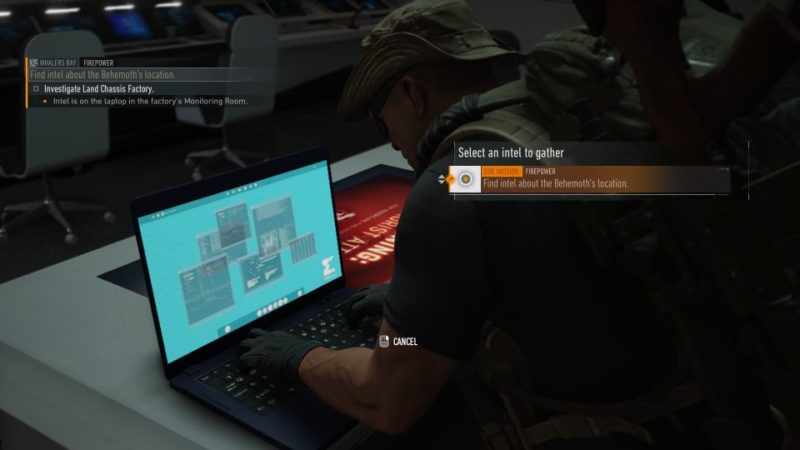 Your next objective is to get to Fen Bog Testing Zone, in the Fen Bog province. 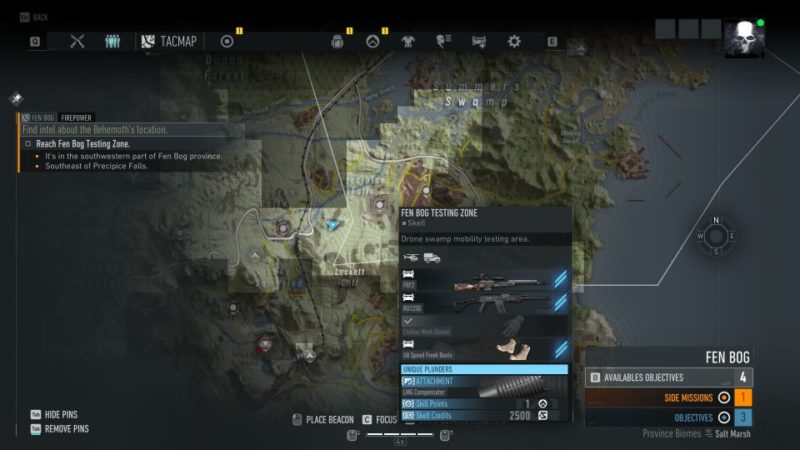 Once again, you need to find intel. 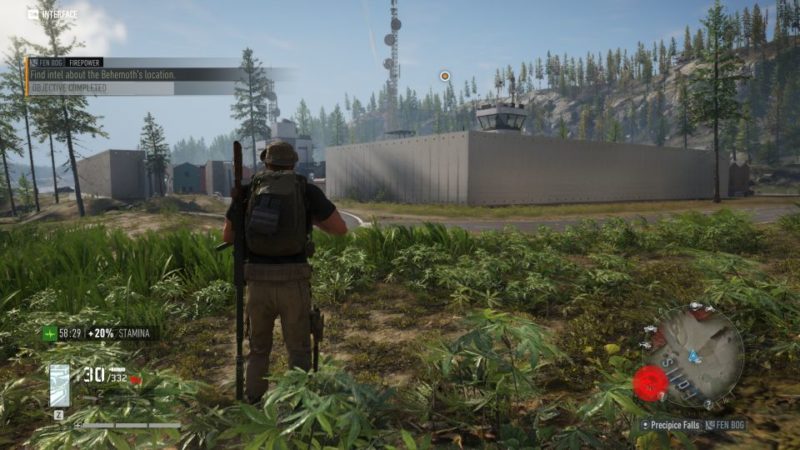 You can do so by interrogating Sentinels. Just target any Sentinel with the intel symbol above his head. 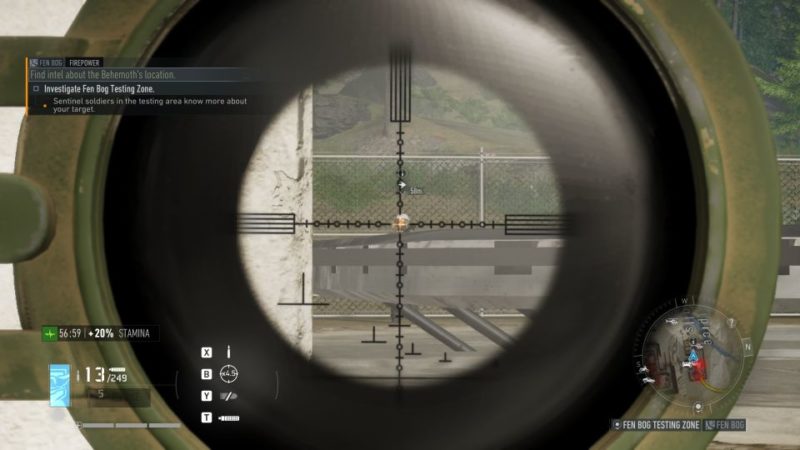 Shoot at his legs to bring him down and interrogate him. 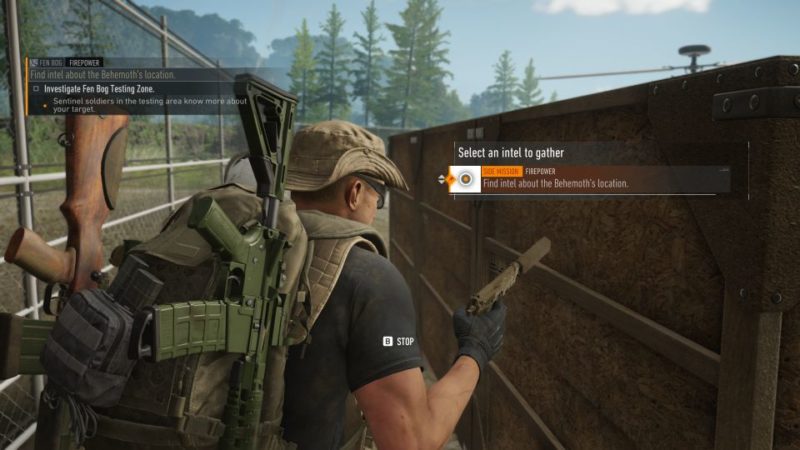 To get more info, head to the site observation tower within the testing zone. 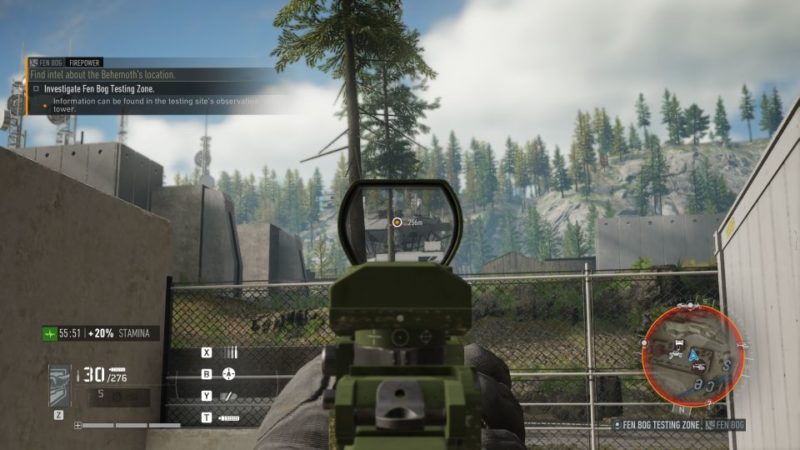 It’s one of the highest structures here. Go all the way up. You will find the folder at the observation deck. 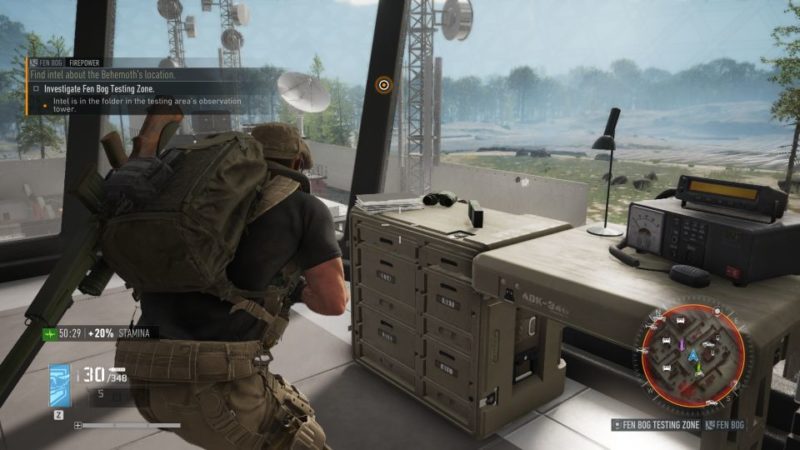 Head to Driftwood Islets, which is one of the islands in the north. The exact location is shown in the map below. 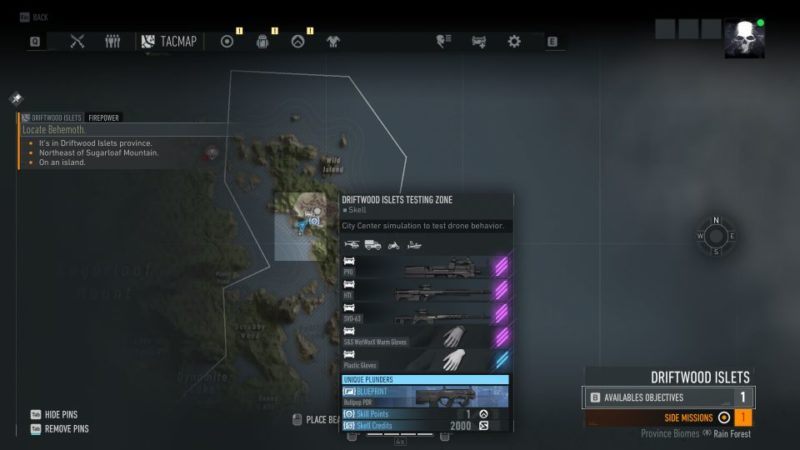 Take a helicopter there, and fly low when you cross the sea to avoid missiles. 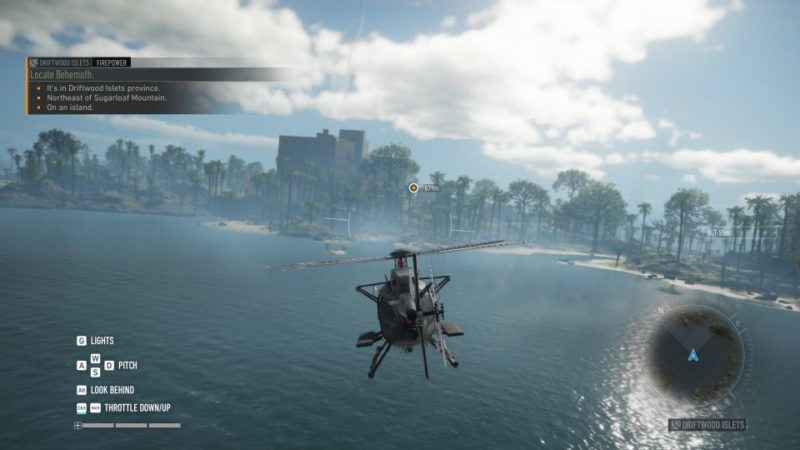 Your main objective here is to destroy Behemoth, but you’ll need to deal with the others first.

There’ll be plenty of soldiers and drones here (both flying and ground). They can be pretty annoying. 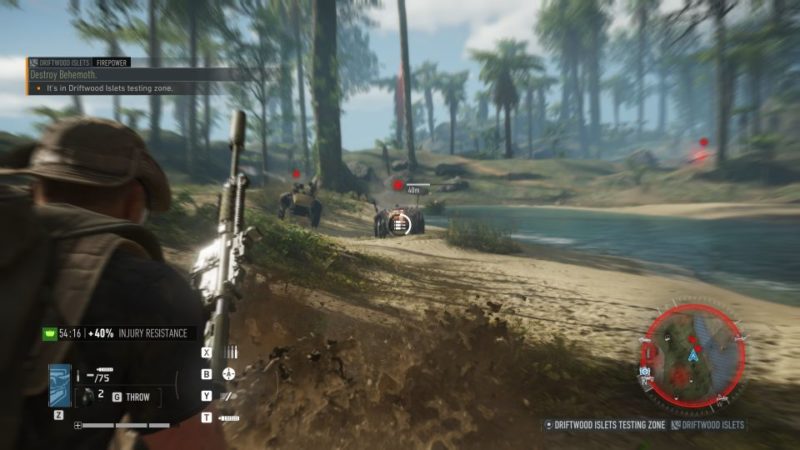 Once you’ve cleared the area, head to the middle to find Behemoth. It’s a drone the size of a tank.

Try aiming at the turrets to stop the missile launches for awhile. Also, target its core to reduce the HP faster. 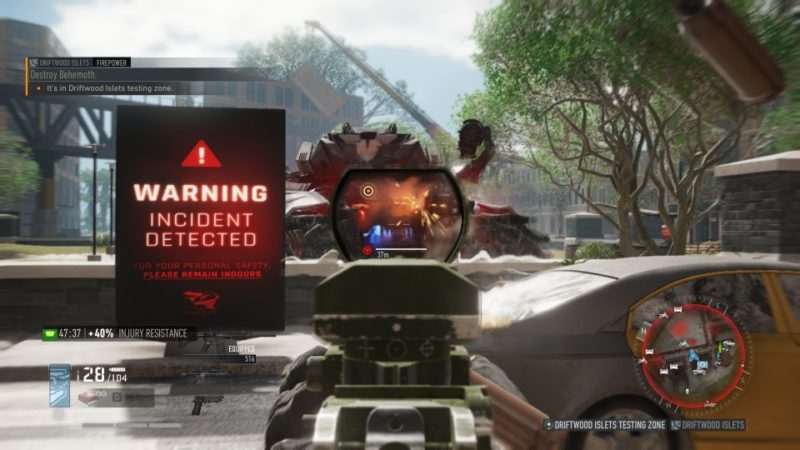 It’s easier to deal with it from the top of the tower. There’s an area with windows that the missiles (not bullets) can’t penetrate.

You can shoot through the window. 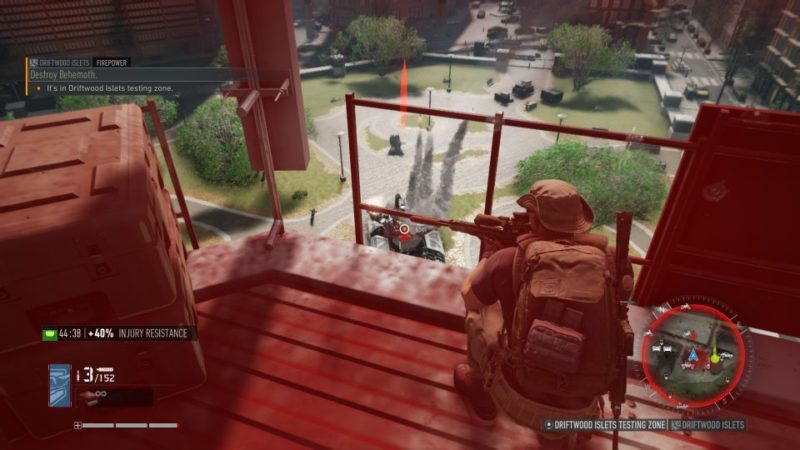 After destroying Behemoth, go back to Dr. Stahr where you first begun the mission.

He’s in the Channels Port of Channels province. 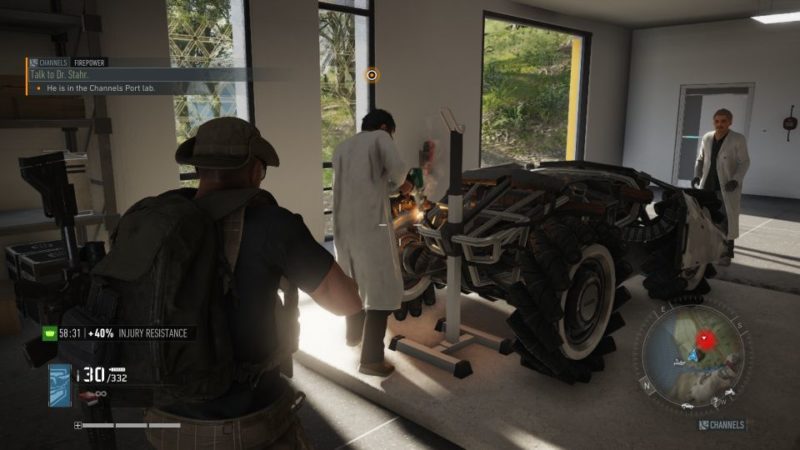 The mission ends here. You will get Skell Credits as reward. 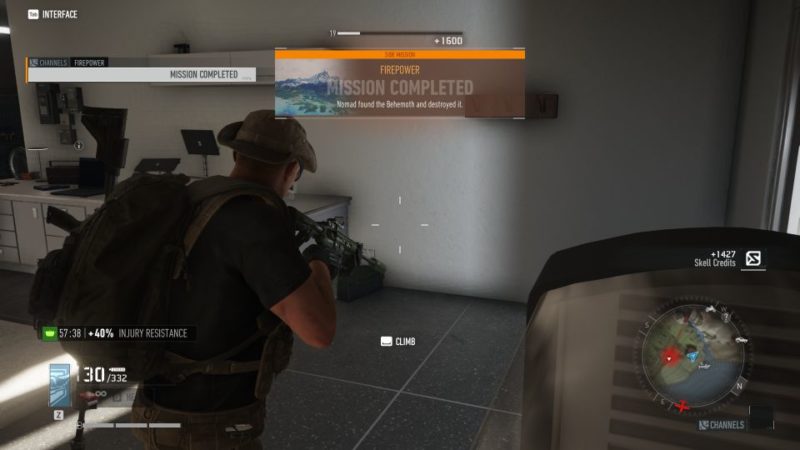