There are eight guns-for-hire in total that you can unlock in the roster in Far Cry: New Dawn.

Some are unlocked via the main missions while others are from side missions.

Here’s how you can unlock all guns for hire (roster) in Far Cry New Dawn.

The first gun for hire or character you will unlock in the roster is Carmina Rye.

In fact, she appears in the mission Find Hope, which is actually before Part 1 of the main story.

This character is automatically unlocked as part of the main story. 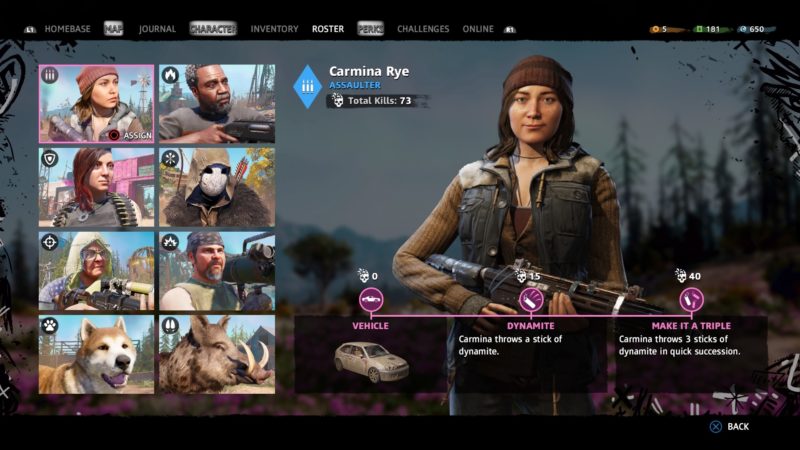 Next on this list is Timber which is a dog.

You will unlock Timber after you’ve finished the side mission Man Eat Dog World. 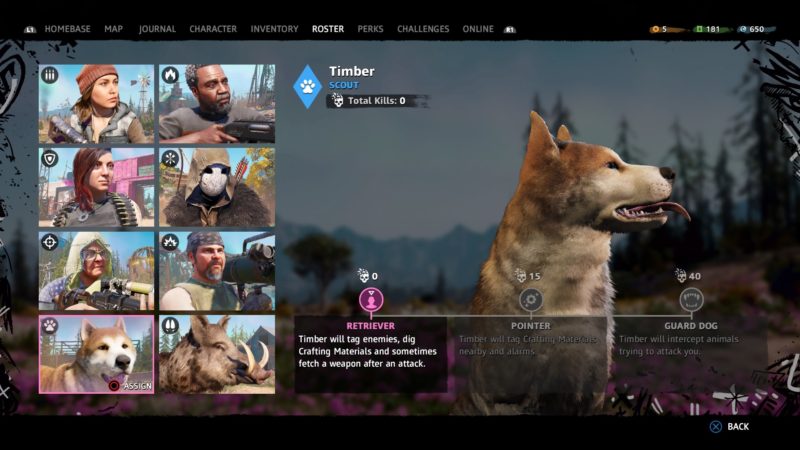 The next gun-for-hire is Pastor Jerome. He is also a character that you will unlock in a side mission.

The relevant mission is Jerome Comes Home where you have to save him and rescue other men. 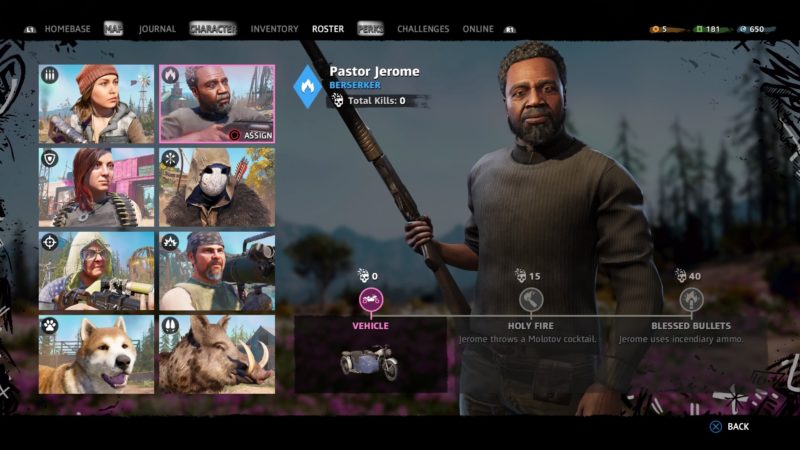 Another character that you will unlock through the main story is The Judge.

This guy is known for his stealth and he uses bow and arrows.

You will unlock The Judge after you complete the last mission in Part 2: Joseph’s Secret. 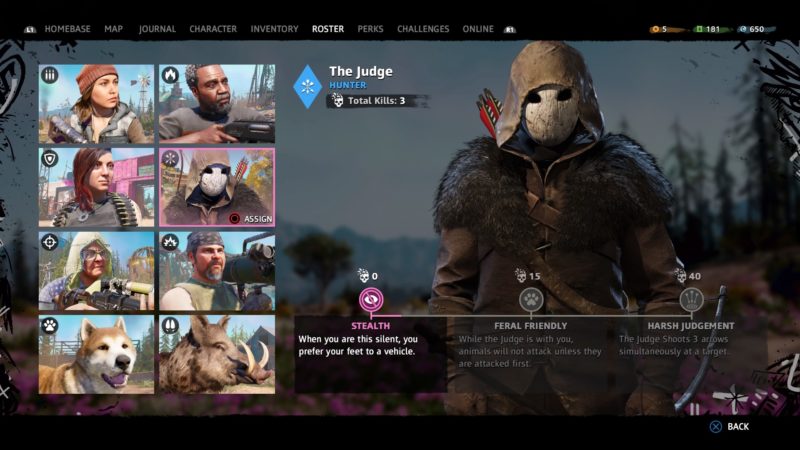 Gina is the lady with the big guns and you will unlock her via a side mission. She is related to Sharky Boshaw.

To unlock her, the relevant side mission is Mo’ Mommies, Mo’ Problems which has a level 3 difficulty. 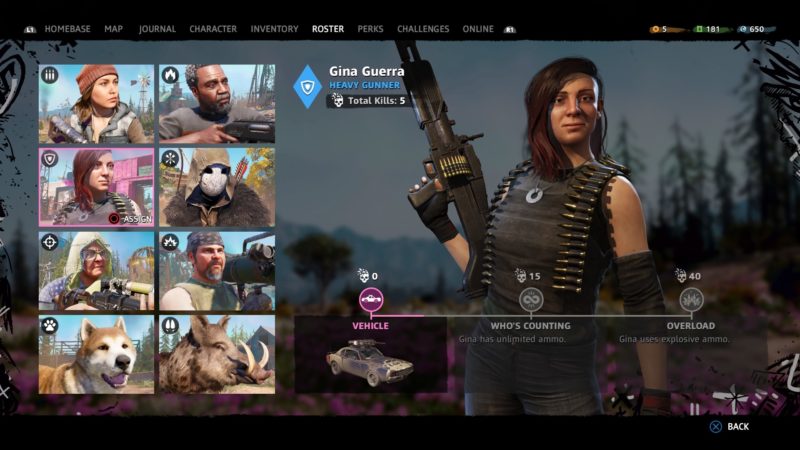 Nana is an old lady who is one of the best snipers in the game.

You will unlock her via a side mission which involves target practice. The relevant mission is Crow’s Feet, Eagle’s Eyes.

She’s a great gun-for-hire when liberating outposts as she typically uses a sniper rifle. 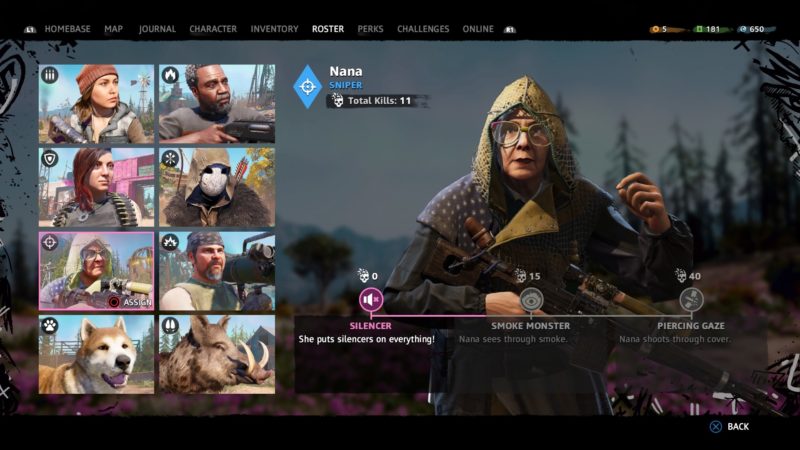 Hurk Jr. is the guy with the big rocket launcher. You will unlock him via a side mission called Days of Blunder.

He is located somewhere east of the map, near a tunnel. 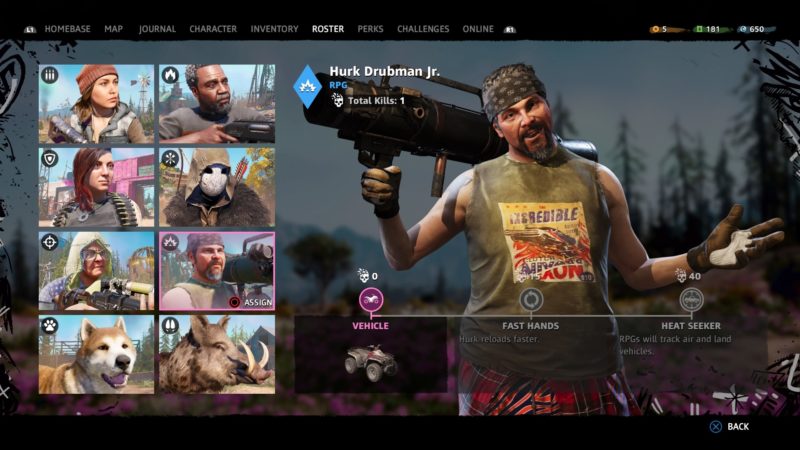 The last character on this list is Horatio which is actually a huge boar.

It’s great for rage attacks against the Highwaymen.

You will unlock Horatio once you’ve completed the side mission To Love A Boar. 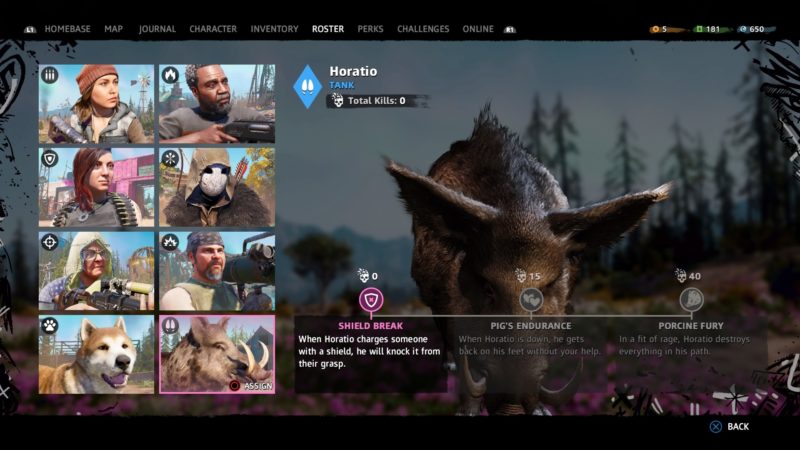 There are 8 different guns for hire in this game. Do choose them wisely for your missions and when liberating outposts.