Definitely one of the most interesting things about the Fallout 4 game is that you can have a companion with you. This game offers a ton of different features, some of which are pure game changers, but this one is more of a “fun” and helpful feature.

Various benefits can be achieved depending on which companion you have next to you. However, they all have good and bad sides and, even though you have the right to have your own opinion, this article will show you a top ten list of the best companions in Fallout 4.

Keep in mind that some companions may suit you better, depending on your play style, so this is just our list that can hopefully help you. Keep reading this Fallout 4 Best Companions article and let us know what you think about our choice!

Read also: Fallout 4: How To Get More Settlers To Your Settlement 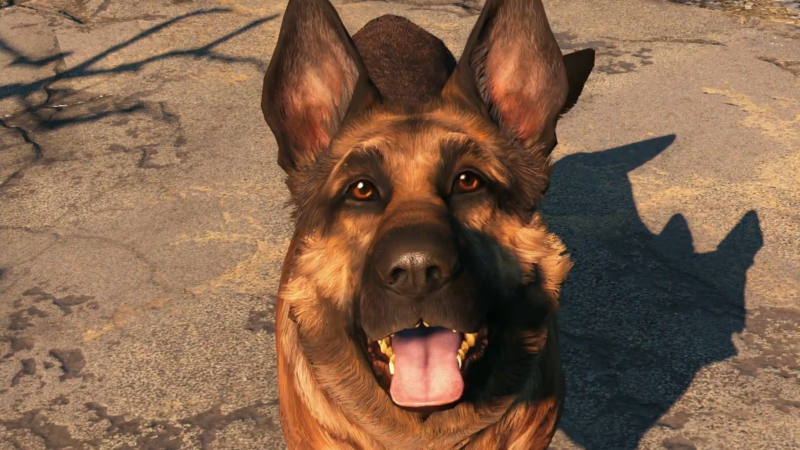 There is no way that we would’ve put anyone else as the #1 companion, aside from the one and only Dogmeat. It’s not just you whose favorite is Dogmeat! We all love him!

He is the first companion that you’ll encounter in Fallout 4 and he is special in many different ways. He may not deserve to be all the way up here since he has 52 special points alongside with low HP (health points), but that doesn’t mean that we can’t put him here.

Dogmeat is your real follower (unlike those fake Insta followers) meaning that there’s no affection to max out. In order to get the Attack Dog, a perk that gives increased accuracy against enemies immobilized by Dogmeat, you have to purchase it in the skill tree.

One cool but tiny bonus is that he sometimes randomly finds items for you. Another awesome thing is that you’ll have Lone Wanderer activated (perk that you have while you’re not with any other companion, which increases your carry weight by 50 and you take 15% less damage) while Dogmeat is your companion! 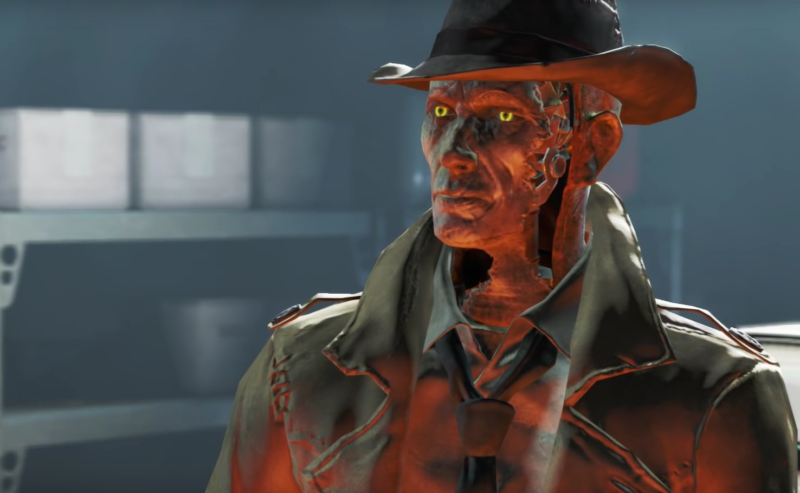 One of the first companions, aside from Dogmeat of course, is Nick Valentine. Nick is a synthetic humanoid slash detective who lives in Diamond City and he has 62 special points.

The benefit of having Nick alongside with you is that he’s able to hack any terminal. Unfortunately, since every companion has to have a “bad” side, Nick has a slight chance of failing at hacking.

However, this can be improved by maxing out your affection with him which unlocks ‘Close to Metal’, a perk that grants the second attempt at hacking terminals, and also reduces the time you have to wait between failures. 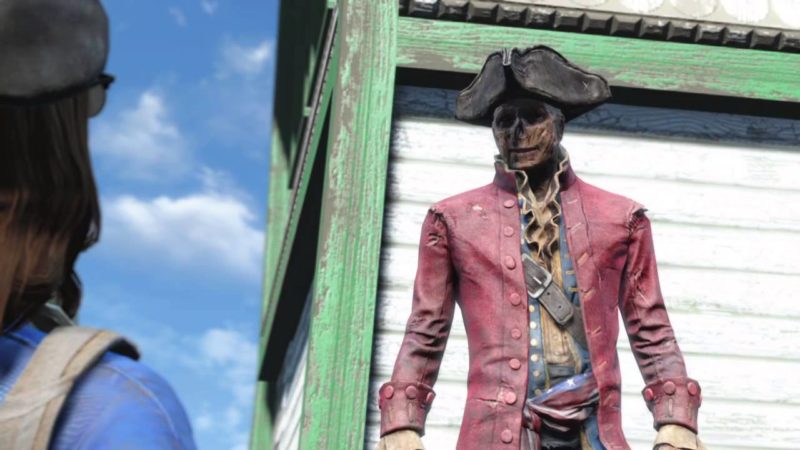 Next companion on our list is a ghoul called John Hancock. He is a Goodneighbour’s mayor so that’s where you could have found him.

He has 64 special points, most of which are in Agility, Intelligence, and Perception. Once your relationship is at its finest, you’ll get a perk called Isodoped.

This one grants you bonus 20% damage, once you have no less than 250 rads. Additional bonus is that he randomly gives you chems free of charge. 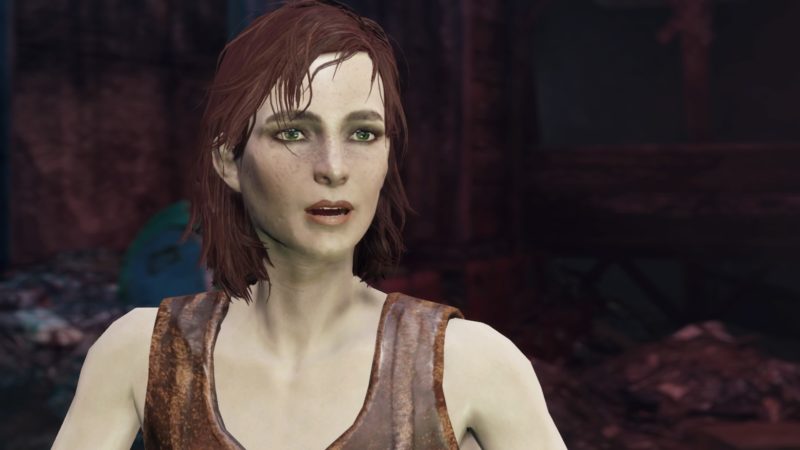 We have to be careful with this one since Cait has that nasty attitude. This destructive lady with stiff Irish accent can be found in Combat Zone.

She has 53 special points, which is similar to Dogmeat’s 52, but the benefits are what makes her matter. If you’re having issues with lockpicking, Cait got it! Aside from this benefit, you also might find her perk called Trigger Rush rather helpful.

This one gives you higher AP (action points) regeneration while you are at low HP. Basically, she’s a cool lady that keeps you alive and busts enemies out. 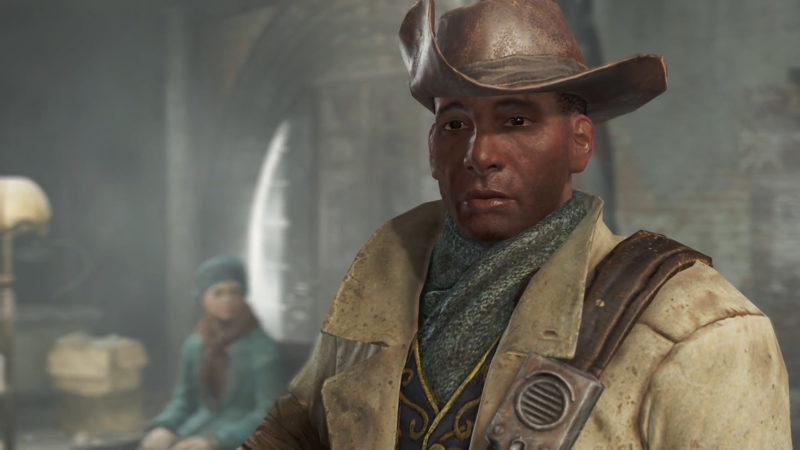 A man in the middle (of our list) is also the man that you’ll encounter right at the start of the game is mister Preston Garvey. He is a minuteman from Commonwealth who has 57 special points which isn’t that bad, aside from his lack of Strength.

The best thing about Preston, though, is his perk called ‘United We Stand’. His perk grants you +20% damage and +20 damage resistance when you’re fighting 3 or more opponents at once. 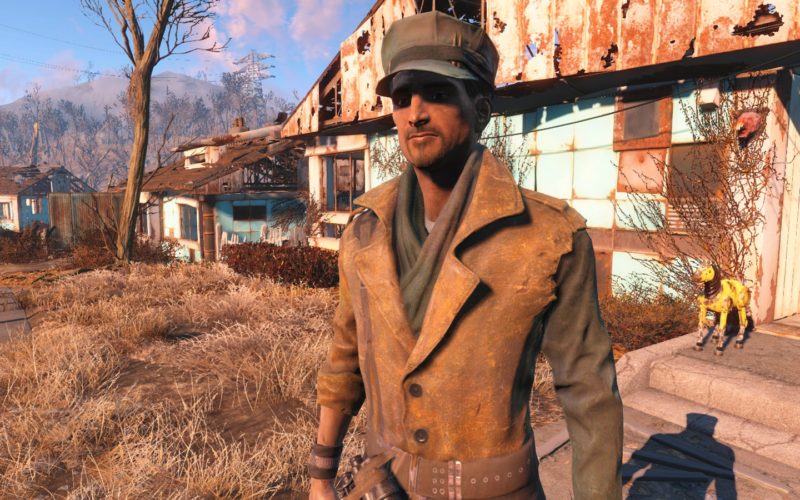 Next up is a male version of Cait and he can be found in Goodneighbour – it’s MacCready. For just 250 caps, this serious, destructive and overall dangerous guy can be yours. Stealing, threatening or just enjoying any felony is even better with MacCready on your side.

Even though he has 42 special points only, his perk Killshot grants you +20% V.A.T.S headshot accuracy (it’s more than +20%, to be honest). MacCready has some random bonuses for you as well!

He can sometimes find some ammo for you, and other times, if you’re lucky enough, he’ll even find Fusion Cores. 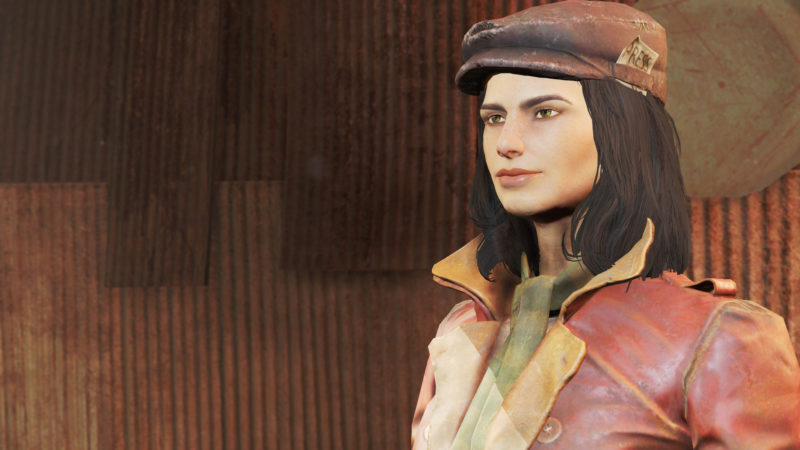 We may sometimes forget what’s it like being a low-lever player, but Piper Wright sure doesn’t! She can be found in Diamond City and she has 58 special points, which is nowhere near bad.

Aside from many amazing statements, the reason why low-level players love her is her perk called ‘Gift of Gab’. Her perk grants double experience for you whenever you find a new location or whenever you achieve Charisma chat options.

She may not give awesome fighting stats but she sure is helpful. 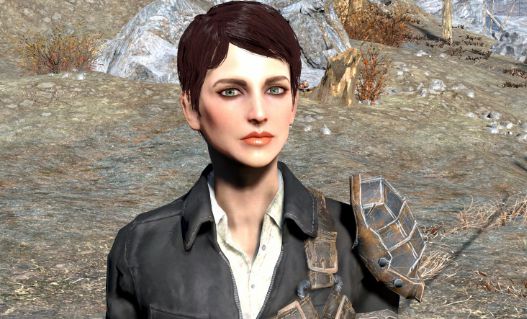 Another companion whose place in this list might be a little questionable, but we’re still putting her here, is Curie. Isn’t she beautiful?

While nobody even reaches more than 200 HP, without level gains, of course, Curie has flat 440 HP which is a lot, as long as you’re not too high level in Fallout 4.

Think of Curie as of your personal assistant who’s there to support you while you’re fighting, but not doing too much damage by herself. She can’t deal too much damage because she doesn’t carry any items nor weapons, but she is still useful.

First of all, she occasionally gives Stimpaks, which is awesome, right? Second of all, once you max out your relationship, there comes a perk called Sole Survivor. This perk gives you, unfortunately once per day only, 100 HP in moments when you drop below 10% HP.

So far, we’ve had a couple of girls, few dudes, a robot and our favorite, Dogmeat. Our next one is a heavy fighter called Paladin Danse who fights his way through the Commonwealth. He has 54 special points which may sound low, but he has amazing resistance thanks to the heavy power armor that he’s carrying.

Perhaps you don’t think that damage resistance is important, but that is actually a stat that makes him one of the best companions in Fallout 4, with no doubt at all. Of course, he may not be everyone’s favorite but that doesn’t change the fact that he truly is strong.

Once your relationship is on point, you’ll unlock a perk called ‘Know Your Enemy’. This one permanently grants +20% damage against Synths (synthetic humanoids), Feral Ghouls, and Super Mutants.

If you still don’t think that he is that strong, why don’t you get him on your side and tell us what enemy is capable of taking the two of you down? 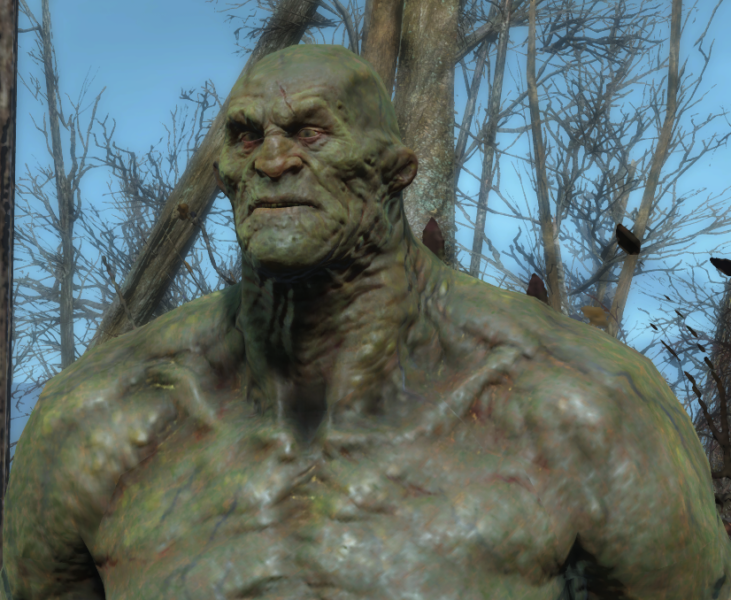 Patiently, we’ve come to the last companion on our list. The only proper way to conclude this list is to end it with the strongest one, don’t you think so? “His” name is Strong, if we can even say that it’s a “he”. Strong is a super mutant with amazing 70 special points and the definite highest base HP of all the companions that don’t have flat HP.

As you could have guessed it, most of his points are in Strength and Agility.

One of the “downsides” of Strong is that he wears super mutant armor only. Thankfully, he can carry a lot so feel free to pack him up real good. Once your relationship with Strong is at its maximum, you’ll get the perk called ‘Berserk’.

Berserk grants +20% weapon damage once you’ve dropped below 25% of HP. In the end, all you have to do is to equip Strong with the Super Sledge and enjoy watching him smash your opponents.

This is it! We’ve come to the end of this list of best Fallout 4 companions and we hope that you’ve enjoyed it. Perhaps you would have put those companions in a different order, but that’s just a personal matter.

If you can’t opt for one specific companion, don’t forget that you can always switch between many of those! We’d also like to know if there is any specific companion that you think should definitely not be here, or if there’s one that we didn’t list, but you’re sure it should be somewhere up here. Please feel free to let us know!

Before we forget, here’s a summarized list of the companion perks mentioned above.

How To Hack Into Terminals In Fallout 4