Dauntless has been steadily developing but they still have some issues with the game.

One huge issue is that their store doesn’t seem to work for most players, particularly when it comes to buying platinum.

Here’s a possible (albeit limited) alternative on how to buy platinum (in-game currency) for Dauntless.

If you’re like me, clicking on any of the options to buy platinum will lead to this screen below.

You’ll see a dimmed screen with a loading ‘buffer’ but it never seems to get anywhere.

The only way to stop it is to quit the game entirely using Alt + F4 or right clicking on the icon. 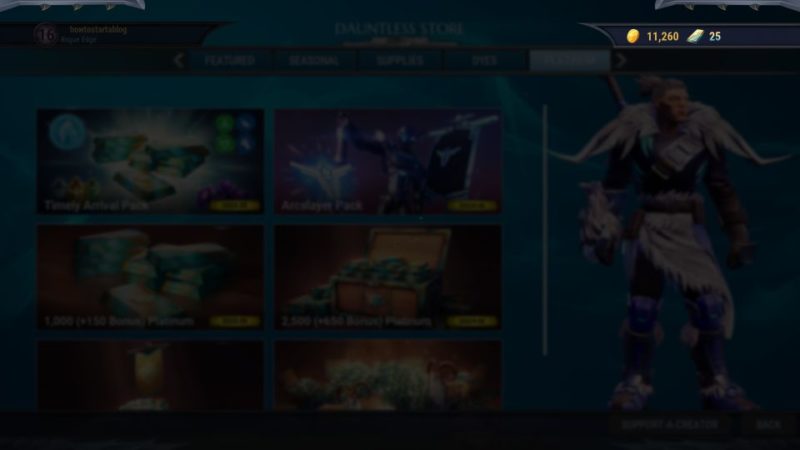 While the developers have to work on a fix, here’s an alternative in the meantime on how to buy platinum, but it’s a very limited solution.

Under the store, you’ll see Dauntless. Click on it.

You’ll then see the Extra Content (DLC) area. Unfortunately, you can only buy either the Timely Arrival Pack and / or the Arcslayer Pack, if not mistaken.

It’s not the best solution, but it’s better than nothing at the moment. The Timely Arrival Pack is pretty worth it (if compared to just buying platinum). 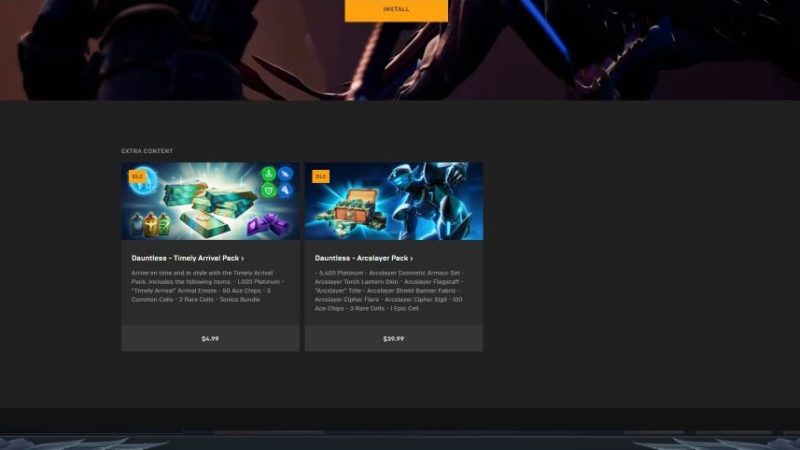 If you’re in the game while buying the pack, you need to exit and re-enter the game to see the changes. 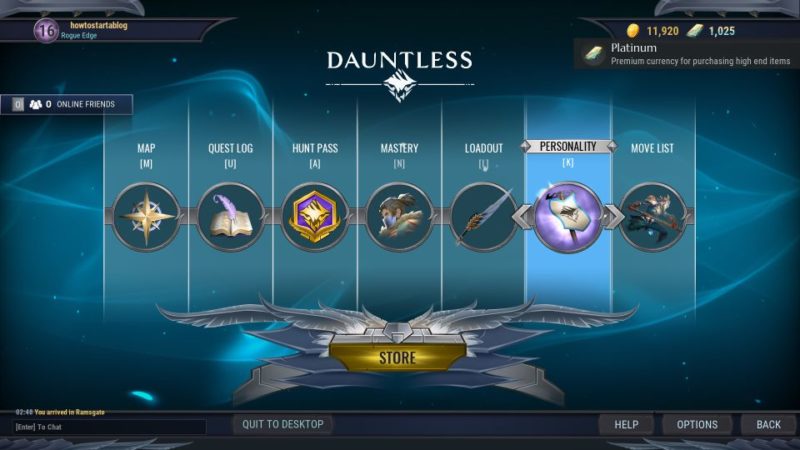 One of the things you’ll get from the Timely Arrival pack is this hunt arrival. 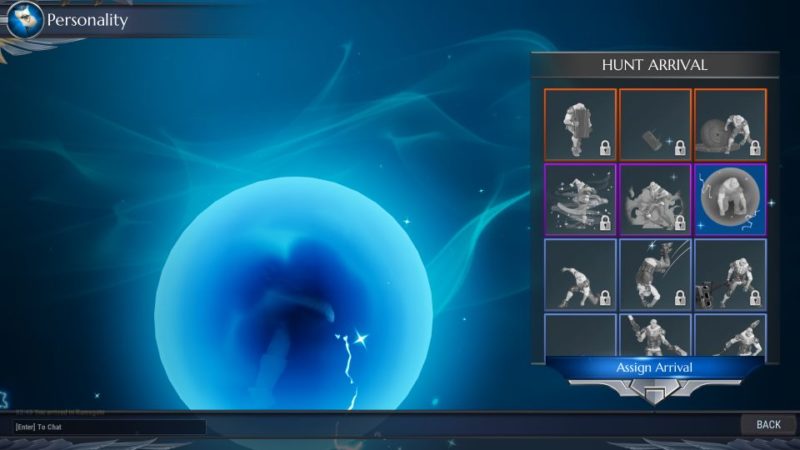 And that’s pretty much it for now. Hopefully they solve the store issue soon.

How To Get Neutral Orbs In Dauntless

How To Get Terra Orbs In The Game