A great superhero story requires a great super villain to test the heroes’ strength, wits, and character against. The villains of Marvel are no stranger to cosmic power.

They live among the stars and serve as a threat that no hero can ignore. In the rise of space exploration in the ‘60s and ‘70s, comic books reflected the zeitgeist of the time by creating characters from other worlds. Some even come from other universes altogether.

The Marvel Universe quickly became a small part of the Multiverse and the many dimensions between them.

Inspired by the people who led the NASA’s moon landing and the first steps on the moon ever recorded in the history of mankind, fears and anxieties grew in the unknown regions far beyond the first giant leap for mankind.

Cosmic supervillains represented those feelings as the types of beings that the heroes and people of Earth would face if they ever tried interstellar travel. These supervillains were not bound by the limitations of human bodies or human science, automatically being far superior compared to any single being on Earth.

They are the multiverse’s deities, warlords, aliens, and celestial beings whose desires range from conquering all that lies before them to more personal matters.

Here are some of the most powerful Marvel villains of all time. Two of these villains may just end up in the Marvel Cinematic Universe in the future. 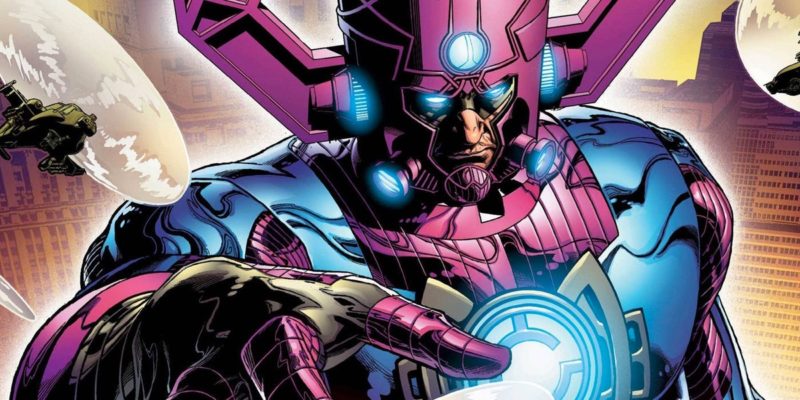 Galactus is a cosmic entity and one of the greatest wielders of the Power Cosmic. Amoral by nature, he is driven by his hunger and his need to survive. In order to do this, he must consume entire worlds and all their inhabitants to sustain his entire being.

Galactus is born from the unity of a mortal, Galan of the planet Taa, and the Sentience of the Multiverse prior to the Big Bang that created the current universe.  The unity forms an egg that gestates for a billion years and eventually forms a starving Galactus, who then consumes the nearest planet in sight.

Galactus was created as a villain that moves away from the traditional world-conquering tyrant mold that many fictional villains fit into. Instead of being driven by ambition or an evil nature, Galactus consumes planets out of a need to survive, automatically appearing as a villain to the inhabitants and survivors of the planet.

He was first introduced in Fantastic Four #48–50 and has reappeared in many other titles due to his popularity among fans. 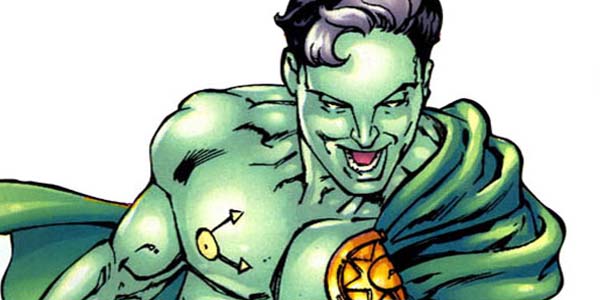 Abraxas is released when Galactus dies and was released after Galactus died in the Galactus mini-series. As the embodiment of destruction, Abraxas sought to end all life in all parallel universes. To do this, he needed the Ultimate Nullifier, the only weapon in the universe capable of stopping him.

Only the Fantastic Four’s Human Torch knows its coordinates, putting Abraxas at odds with the heroes of Earth.

Although he cannot end all life in all universes without a weapon, Abraxas possesses power beyond human understanding. He is immortal with the ability to restructure matter, manipulate energy, and manipulate dimensions at will.

Abraxas is also known to have enough power to kill Galactus on his own. 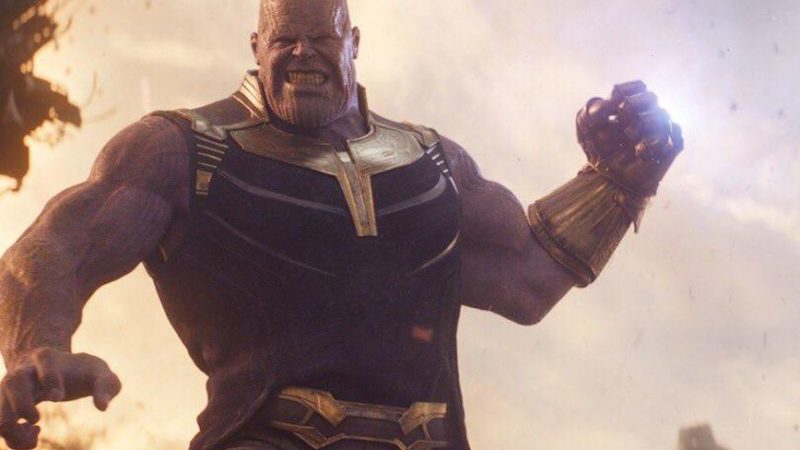 Thanos the Mad Titan is a well-known villain in the Marvel Universe, most notably appearing in many films in the Marvel Cinematic Universe. He is portrayed in the comic books as a being obsessed by the duality of fate and chance, seeking order and death as the end of uncertainty.

Because of this, he became in love with Death, the embodiment of mortality and extinction. In Thanos’ attempts to earn Death’s favor, he has killed countless beings across many galaxies.

He is an Eternal and although he is naturally powerful, he cannot end life on a massive scale without a weapon. He performs his genocides by amplifying his powers with cosmic artifacts like the Infinity Gauntlet or the Cosmic Cube.

The Infinity Gauntlet made him effectively omnipotent, allowing him to end half of all life in the universe in his efforts to court Death. He eventually lost the Infinity Gauntlet to the heroes of the Marvel Universe because of his hidden self-loathing.

Without his weapons, Thanos is surely not in league with other cosmic entities in terms of power or stamina. Nonetheless, he finds his way to earn his place among them through dedication and ambition, wielding the Infinity Gauntlet with no hesitation. 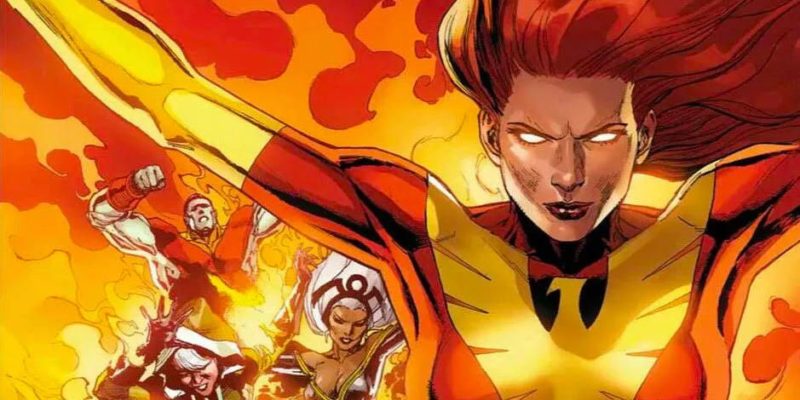 The Dark Phoenix Saga is one of the X-Men’s greatest stories. It centers around Jean Grey as she is possessed by the Phoenix Force. It possesses a young Jean Grey after recognizing her powers and potential. Together, they formed Phoenix, a being of incredible psychic power. Jean Grey then created safeguards to restrict the power she now possesses.

She becomes a target for Mastermind, a villain capable of mind control. Mastermind succeeds in manipulating Jean Grey for a time, but his control of her breaks after he beats Cyclops in a psychic duel. The restraints over the Phoenix break loose and overwhelms Jean Grey, forming Dark Phoenix.

Dark Phoenix then leaves Earth and the X-Men to break away from the inferior Jean Grey. The journey drains her of her power, so she consumes a nearby star to recharge, destroying a nearby civilized planet in a supernova in the process.

Dark Phoenix eventually returns to Earth and is given new psychic restraints by Charles Xavier. This allows Jean Grey to resurface. Soon after, she is tried and sentenced to death by the Shi’ar for genocide. Charles Xavier demands a duel of honor between the X-Men and the Shi’ar to determine her fate, but the X-Men are beaten.

With Jean Grey and Cyclops as the last X-Men standing, Jean Grey decides to commit suicide.

As the Asgardian God of Lies and Mischief, Loki is an intelligent and manipulative God who rarely takes action by himself. Instead, he manipulates, coerces, and lies to make others cause chaos for him. One of his greatest feats of deception is convincing Odin to exile Thor.

As children, Thor had a more loving relationship with their father, Odin. This caused Loki to resent Thor. Loki played several tricks on Thor and the people around him. As an adult, Loki learned that it was his destiny to start Ragnarok, the end of Asgard. In his attempts to fulfill his destiny and end Thor, he unintentionally prompts the formation of the Avengers. 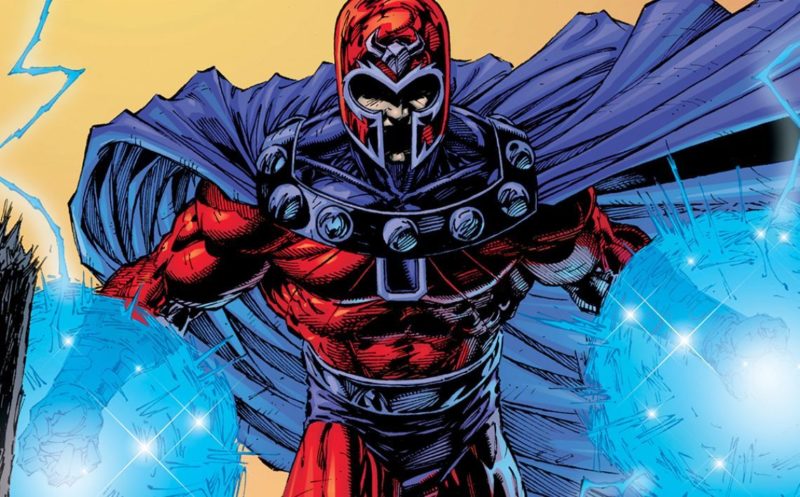 While Magneto is best known as being a villain of the X-Men, many will know him as a superhero as well. In his quest to make mutants the dominant race of Earth, he created the Brotherhood of Evil Mutants. He would eventually be rehabilitated into joining the X-Men through his lifelong friendship with Charles Xavier. He then fought for peaceful coexistence between humans and mutants.

During his term as a part of the X-Men, he succumbs to his inner rage born from his experiences as a Jew during the Holocaust. It is easy for many readers to sympathize with Magneto given the horrors he must have experienced, but his following actions always prove to be too extreme. In the end, he is still a villain who will pursue his goals through whatever means necessary. 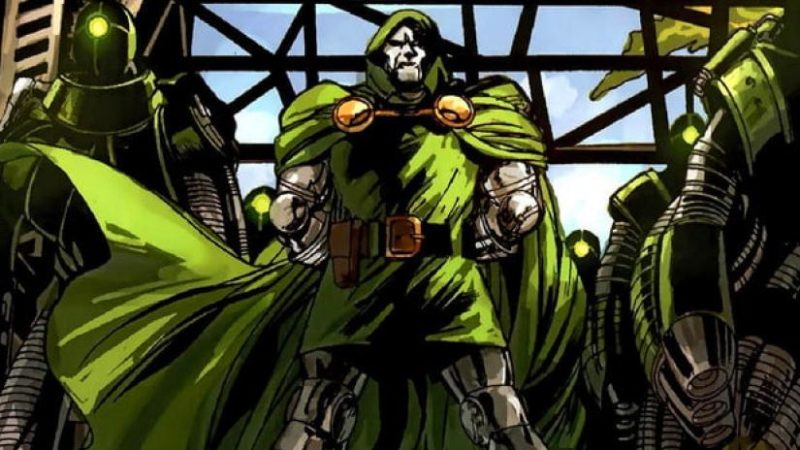 Dr. Doom is the representation of intelligence combined with unbound ambition and lack of restraint. He believes himself to be the world’s greatest man and constantly fights Mr. Fantastic to prove it. He has been seen fighting together with heroes against a common enemy, but only if it benefits him in the end. He rules Latveria, where he is revered as a figure beyond reproach.

He has combined his scientific intelligence together with sorcery to improve his armor with a variety of weapons, gadgets, and spells. He would eventually steal the Power Cosmic and the Beyonder’s god-like abilities, showing that there is nothing beyond his reach.

His ambition for power leads him to do some unthinkable things. In one instance, he made a pact with demons for ultimate magical power by scarifying his estranged wife, who was his one true love. The demons granted him power in the form of enchanted armor made out of her skin. The lengths to which he will go for his ambitions make him a big fan favorite. 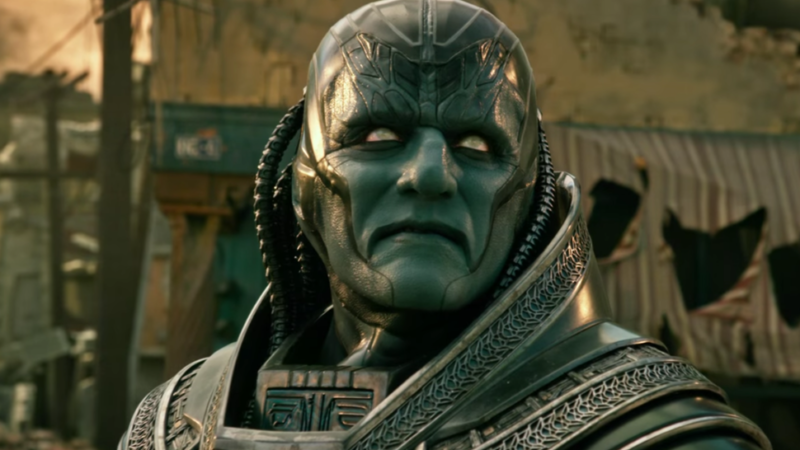 Apocalypse is an ancient being, born in Egypt five thousand years before mutants emerged. He was left to die by his tribe, later to be discovered by a band of warriors. They called him “En Sabah Nur”, the first, immortal mutant. As years passed, Apocalypse revealed more mutant powers than most of the other Marvel characters.

He is capable of incredible strength and speed, as well as altering his own body’s nature, energy manipulation, telekinesis, and flight. In his belief of survival of the fittest, Apocalypse successfully takes over most of Earth to cull the weak, only to be beaten as his closest allies either desert him or fight against each other.

Movies based on comic book superheroes present a different medium for people to see superheroes grow and fight, but no superhero movie is ever complete without an equally compelling supervillain.

Each film takes the stakes and the threats higher, and the comic books provide no shortage of great supervillains to test the superheroes’ power and beliefs. One this is certain, the future is bright for comic book fans and movie fans everywhere.

This article was written by a freelancer and reflects her views.