Gordon Ramsay, a world-known American chef, took the initiative to help local struggling restaurants by visiting their space and giving them guidelines for improving their eateries.

From non-sanitized equipment to unprofessional workforce, he pointed out all the major mistakes the restaurant’s owners were making. He helped the eateries to renovate their space and reinvent their menu list.

The main purpose of this whole exercise by Ramsay was to improve the business in terms of quality and financials but to achieve this goal the restaurant management was supposed to sustain the quality of restaurant by following his precious advice religiously.

Given below are the names of some of the best Kitchen Nightmare episodes in the series that got popular among audiences.

Like most of the kitchen nightmare episodes, this episode went on air with the typical format: Ramsay visited the eatery, met the owner, tried their food, pointed their mistake, suggested them solutions, and also implemented them.

Usually, issues like bad quality of food, poor ownership or unhealthy kitchen conditions were found as the major culprit for downfall in this reality show but in Amy’s Baking Company case the key problem turns out to be its awful dining space environment.

There were screams, threats, and firing involved in the dinner service along with tasty cakes. Ramsay got so upset from the owners and the scenario that he left the show halfway saying that he is unable to do anything for this place.

The restaurant management took it to their heart and made a controversy out of it by challenging their representation on the show through Facebook. This episode is full of drama and entertainment; therefore, it is a must-watch for Kitchen Nightmare fans around the globe.

This episode is based on a burger restaurant located in the famous area of Los Angeles. The two-part episodes revealed some crazy facts and figures about the owners Jen and her husband Alan.

Alan unapologetically told the show crew that has opened this restaurant with his son Daniel’s inheritance from his grandfather without having his consent. He was also under the impression that Yelp is involved in creating some kind of conspiracy against the restaurant.

David Blaine, the head chef of the eatery, made an odd claim about Jen being on Prozac constantly. Later in the show, he threatened Daniel and as a result he was fired from the job in the middle of the show which made this episode quite a spectacle. 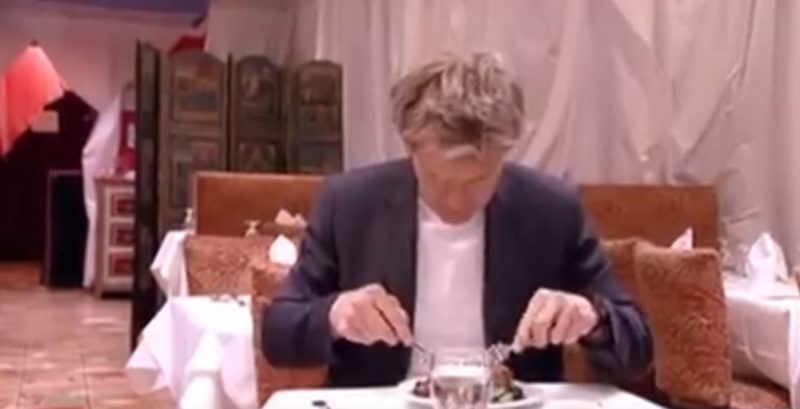 The series showcased Dillons in the second episode of the first season of Kitchen Nightmares. Gordon looked around the place and pointed out too many faults in this eatery. There was an army of aimless managers who were doing nothing.

The kitchen turned out to be extremely unhygienic. The head chef was unable to communicate in English and had a creepy smile on his face throughout the episode; even when he was being scolded.

This restaurant also had a ridiculous old phone and an arrogant British guy whom Gordon disliked excessively or it seemed like that on the TV screen.

Spin a Yarn, a 50-year-old banquet and steakhouse, is situated in Fremont, California. Chef Gordon Ramsay found out that the restaurant had a rich history and was previously among one of the famous meeting places or hideaways in town.

Unfortunately, the eatery had lost its value because of the plain menu, outdated interiors, and poor culinary items. The restaurant staff turned out to be very unprofessional, the kitchen looked disorganized, and the services offered were poor and inconsistent.

Ramsay helped the owner of the restaurant in renewing the menu and ambiance of the eatery. 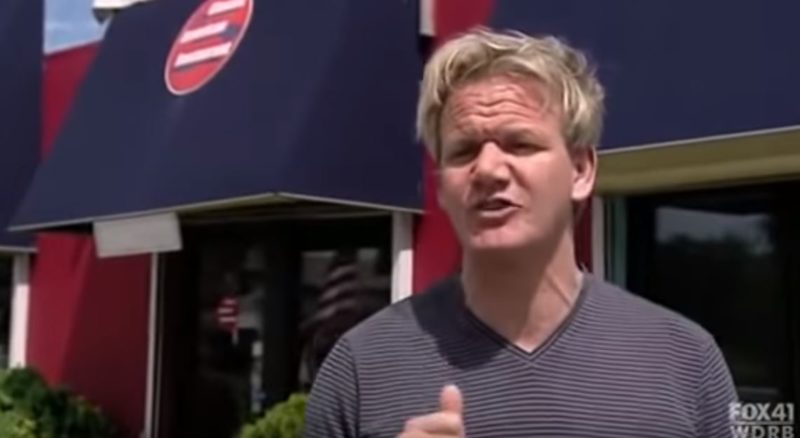 Kitchen Nightmare series has helped so many restaurants at different levels to be successful in the eatery business. The chef Gordon Ramsay had put enormous effort into renewing menus, interiors, customer services, and business outlooks.

The restaurant owners were supposed to follow all the guidelines even after the show but were they following the advice?

To know the truth Ramsay decided to go to Southern California and revisited some of the eateries like Kingston Café in Pasadena, La Frite in Sherman Oaks, and Capri in Eagle Rock. In one of the revisiting episodes, he went to Harrison eatery in New Jersey to check upon Spanish Pavilion owners.

He wanted to know if they had sorted out their issues or were they still making their business suffer because of family disagreements.

As the name suggests Lido Di Manhattan Beach is located in Manhattan Beach, California. The owner of the restaurant is Lisa Hemmat who had seen the food service industry closely while growing up.

Lisa graduated from USC Marshall School of Business and decided to buy Lido di Manhattan in June 2004. Like her parents she had entrepreneurial skills therefore at the age of 23 she was confident enough to run a restaurant with strong staff and a veteran cook.

The episode revealed that five years down the lane Lisa realized that the restaurant was going in a complete loss. She was unable to pay her dues and was hardly making ends meet. Chef Gordon Ramsay helped Lisa by giving her business suggestions and lessons. 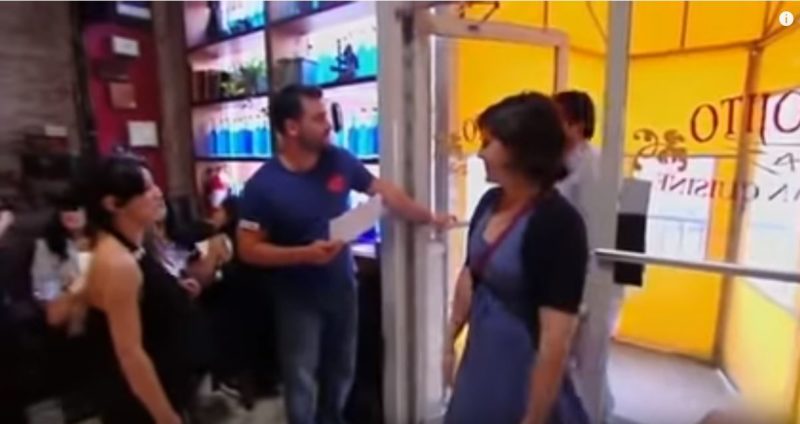 The couple hailed from Columbia and was found to fight on every matter throughout the episode.

Prohibition Grille, located in Everett, WA, is undoubtedly among one the best kitchen nightmare episodes. The owner of the restaurant named Rishi was revealed as a former professional belly dancer. She was having a hard time running the business and needed immediate help.

Chef Gordon Ramsay found out that because of the lack of experience Rishi had given the complete control of eatery to head chef. The head chef turned out to be incompetent and constantly preoccupied.

Customers were unhappy with the management and kept on complaining to the owner. 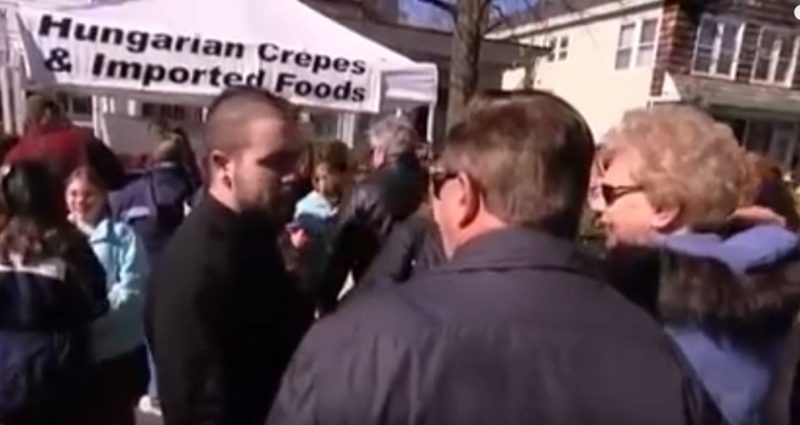 Hannah & Mason is a French bistro located in Cranbury, New Jersey. The bar owners were two friends whose laid back behavior and demotivated personality traits were immediately noticed by chef Ramsay.

Along with inexperienced owners, the restaurant was found to have the staff holding bounced paychecks.

To top it all, Gordon Ramsay found something in the cooler which resulted in the closure of the eatery on the very Valentine’s Day. OUCH!

This episode is all about a restaurant named “La Galleria 33” owned by two sisters Lisa and Rita. The restaurant is located in Boston’s North End and was opened in the year 2006.

The sisters had previously worked at their father’s famous restaurant called “L’Osteria” and decided to branch out and invest in their own diner place only 100 feet away from their old workplace.

However, contrary to their belief the customers did not prefer to visit their place in comparison to L’Osteria.

Ramsay found out that the sisters were unable to sort out the issue because they were unable to identify them in the first place. The sisters were more into the blame game and were holding responsible everything like tablecloths, weather conditions, and menu font for the failure of the restaurant.

The employers revealed that the main cause of failure is the bad and unprofessional behavior of siblings with customers. They pointed out that Lisa and Rita were into drinking and smoking respectively on the job which made the customers very uneasy.

Ramsay seemed to be annoyed and confused by the interiors, name of the restaurant, proximity to their father’s eatery, and above all the revelation of the head chef as Rita’s ex-husband!

This episode showcased a stubborn head chef who considered himself free of fault. Le Bistro is a French restaurant which is having financial problems because of the head chef Andy.

Andy seemed to be unaware of the issues surrounding the restaurant and was inclined to prove the food and dining services as good as possible.

Chef Gordon Ramsay was dumbfounded when he found out that he and Andy share the same culinary training. Ramsay tried his best to give Andy a reality check and make his business stable.

However, on the show it was a horrible experience to know that those dishes had been cooked in a bin or something.

The owner of the Italian eatery turned out to be lying about everything. Instead of making false praises for his food and services, he pretended to be a cleaner which was quite an indigestible lie.

He proposed that his main job was cleaning and even gave proof of his false statement by showing his cleaning pictures taken by someone for him.

There are plenty of hilarious Kitchen Nightmare episodes and the list above is not exhaustive. If you love binging on these kinds of episodes, this is a good starting list.

You can probably find a list of episodes online.

When Is The Best Time To Buy A Laptop?

Who Was The American In Stranger Things 3?