Ground type Pokemon may not be the most popular of them all, but they come in handy when dealing with some elements especially electric.

Here are some of the best ground type Pokemon currently in the Poke-universe.

The list may not be exhaustive and will only feature some of the more popular ones. 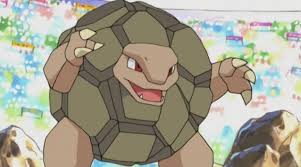 This 1st generation Pokemon has dual elements, i.e. rock and ground. Golem evolved from Graveler and is the final form of Geodude.

It’s pretty short in stature, has short hands and legs, but has a rock-hard shell. It is capable of spinning as a rock to deal big damage.

As far as its base stats are concerned, Golem has pretty high attack and defense stats, whereas the other stats are low. 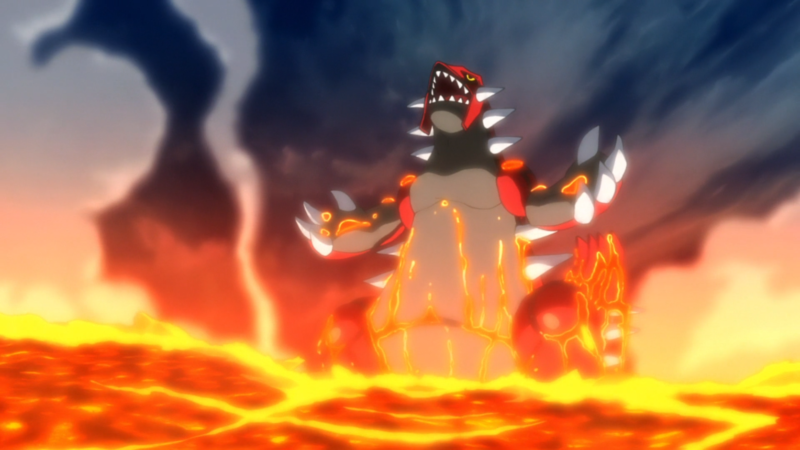 Groudon is a legendary ground-type Pokemon introduced in the 3rd generation. It’s also the mascot of Pokemon Ruby and is part of the trio with Rayquaza and Kyogre.

It resembles a huge dinosaur with thick skin made up of red plates. It can also turn into Primal Groudon if it has the Red Orb. Primal Groudon is so strong that it creates new land with its feet or even cause volcanic eruptions. 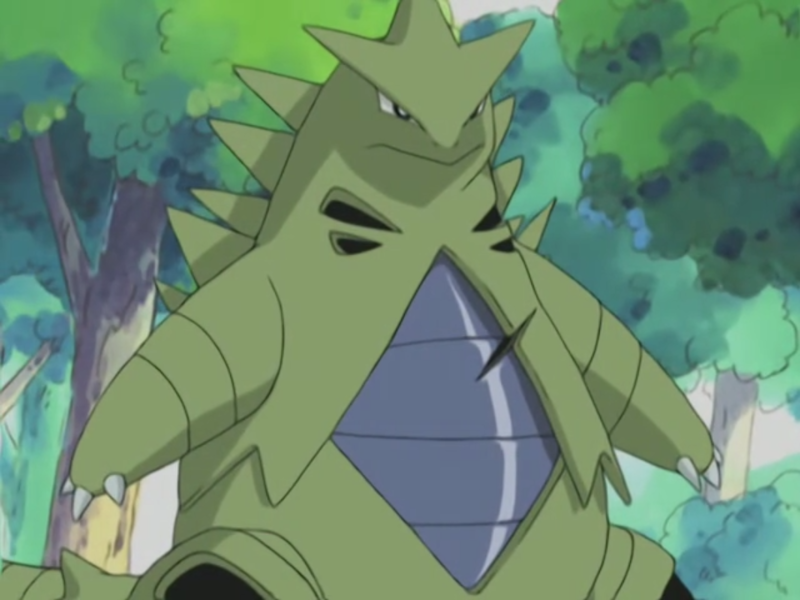 Tyranitar is a pseudo-legendary Pokemon that was introduced in the 2nd generation.

It’s a dinosaur kind of Pokemon with a hard green body. It is also capable of evolving into Mega Tyranitar.

Tyranitar is not just a good ground type Pokemon, but also a great overall tank Pokemon. It’s highly resistant to all forms of attack.

Like Groudon, it has high attack and defense stats, and even higher when it evolves into Mega Tyranitar. 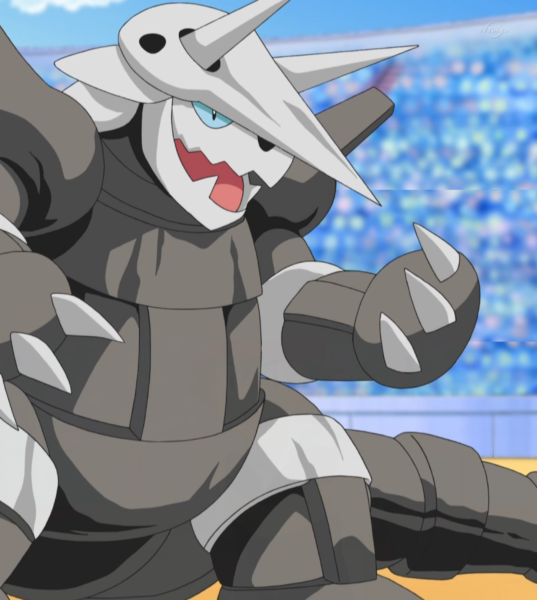 Aggron is also a dual type and was introduced in the 3rd generation, and evolves from Lairon.

Its appearance is quite impressive and looks pretty strong. It is black but is covered with armor at certain parts. Guess what? It digs tunnel and bedrocks to find iron for consumption. Such a badass.

It has an amazingly high base defense, with relatively lower overall stats.

When it evolves into Mega Aggron, the defense is one of the highest in the whole universe. 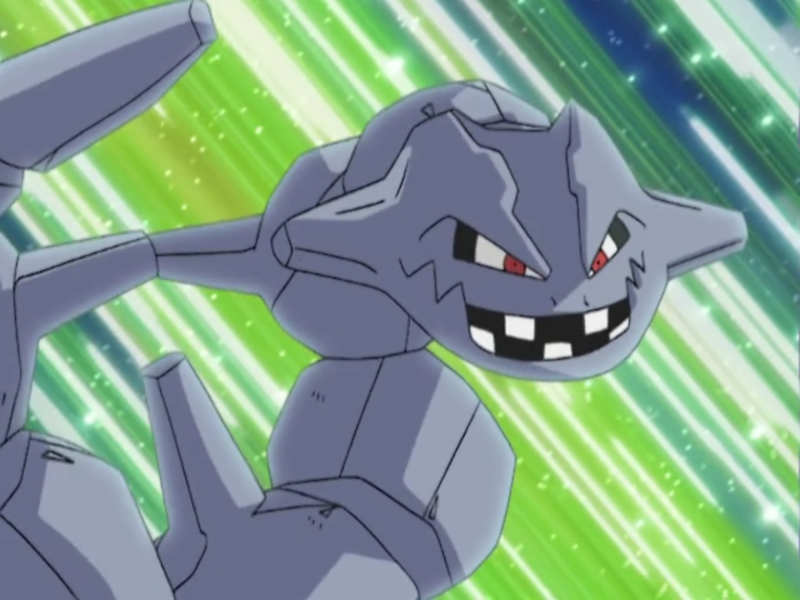 Steelix evolves from Onix and is a ground / steel Pokemon from the 2nd generation.

It resembles Onix except that its body is wholly steel. It can also evolve into Mega Steelix.

It is a huge Pokemon in stature and you can find it in mountains or in caves where it lives underground.

The base stat of Steelix is overall low except its sky high defense. As Mega Steelix, it has the same defense stat as Mega Aggron. 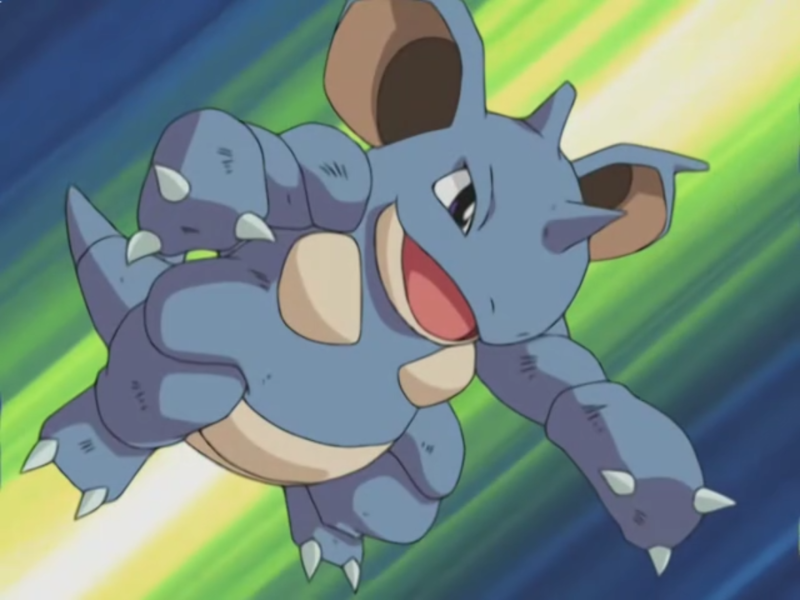 Nidoqueen is a 1st generation Pokemon with poison and ground elements. It evolves from Nidorina if you use a Moon Stone.

Nidoqueen has hard scales and is quite resistant to attacks. It has pretty strong ground attacks as well.

Unlike the other Pokemon mentioned above, she does not have that high base stats, but it’s well balanced.

Her earthquake ground attack is however great against electric Pokemon. 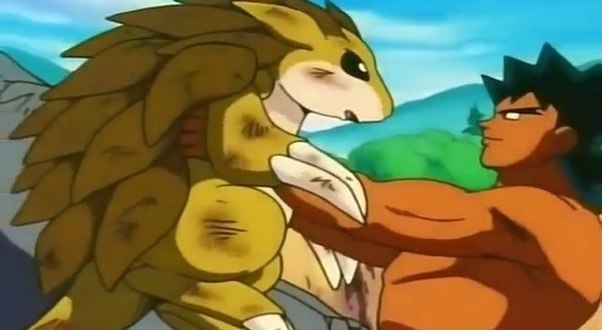 Sandslash evolves from Sandshrew and is a purely ground type Pokemon from the 1st generation. However, in Alola, the Alolan Sandslash has ice / steel elements instead.

Sandslash resembles a squirrel with huge claws and sharp thorns surrounding the body. As it’s a ground Pokemon, it has claws for burrowing.

It doesn’t have very high base stats, with attack and defense as the highest stats. 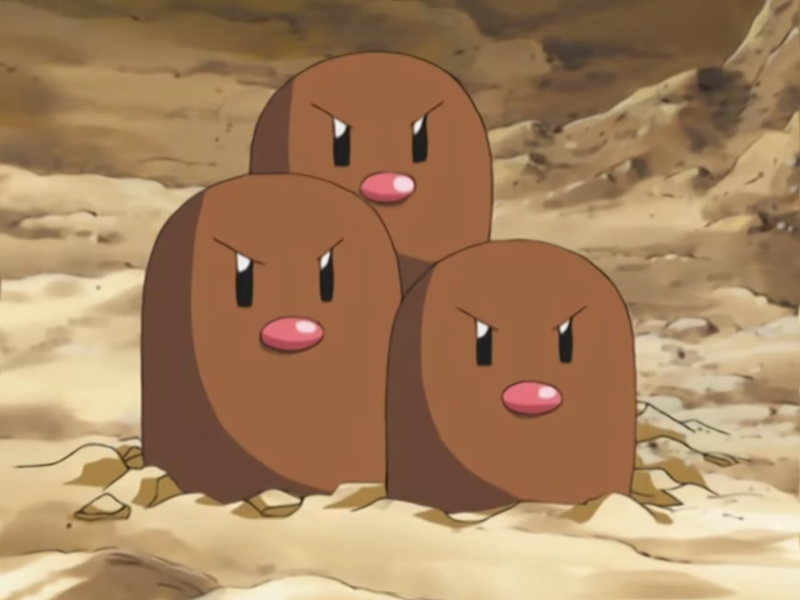 The epitome of ground type Pokemon may be well represented by Dugtrio (which evolves from Diglett).

This 1st generation Pokemon has been made a popular meme as well. Dugtrio is basically three Digletts on one body. They live underground in tunnels and in caves.

The overall base stats are low, but its speed is really high. As it goes up and down under the ground, it moves pretty quickly. 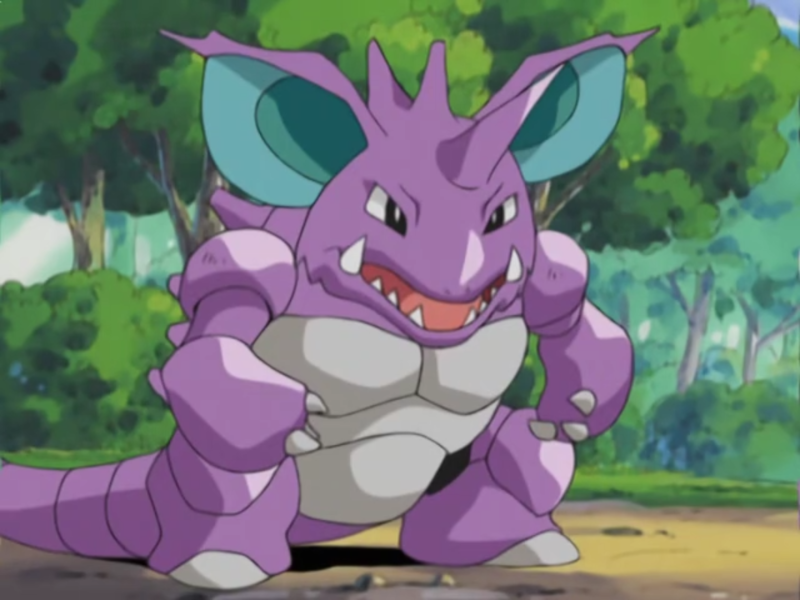 Nidoking evolves from Nidorino and is a poison / ground type Pokemon like Nidoqueen.

It is a big purple Pokemon with plates covering parts of its body. It uses its tail a lot to attack enemies.

It has overall decent base stats, but nothing really stands out. Nidoking is a popular Pokemon in the anime, especially when used against Ash. 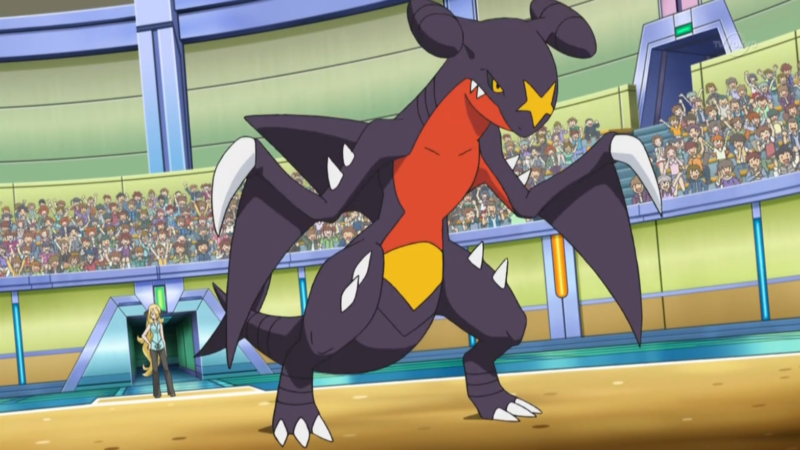 Garchomp is a 4th generation dragon / ground Pokemon that evolves from Gabite.

Like the others, it can also mega evolve into Mega Garchomp. It’s a dark blue Pokemon that is capable of sensing preys from far. It’s sort of like a hammerhead shark with wings.

It has a pretty high attack base stat and it gets much higher when it evolves into Mega Garchomp. 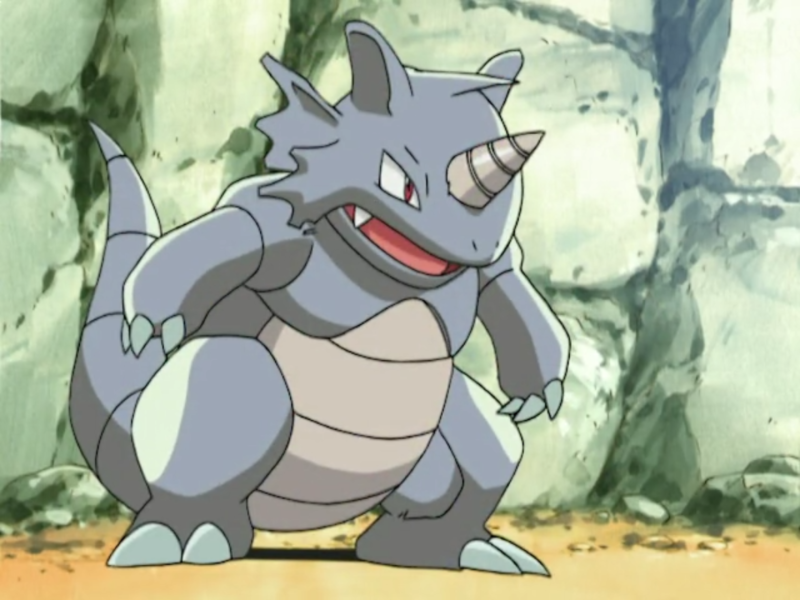 Rhydon evolved from Rhyhorn and is a well known ground / rock Pokemon from the 1st generation.

It resembles a rhinoceros with a drill-horn on its head. It can definitely charge against its enemies and is said to be able to bring down buildings. Its horn can apparently shatter diamonds too.

Rhydon has pretty high attack, defense and HP stats. Its other base stats are however very low. 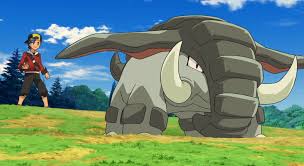 Donphan evolves from Phanpy and first appeared in the 2nd generation.

It’s like an elephant, except that its short. Its thick trunk extends all the way to its back and is capable of preventing some attacks.

It can curl up and attack its enemies like a rolling wheel.

Donphan has pretty high attack and defense base stats. 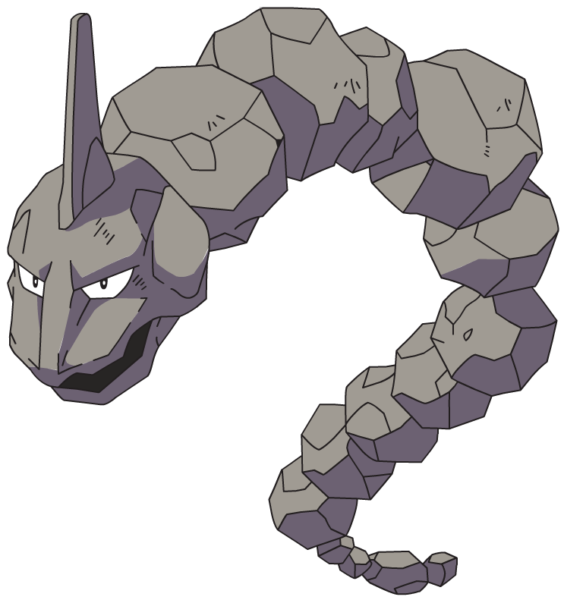 Steelix was introduced earlier and Onix is the base Pokemon before evolving into the former. It is a rock / ground type Pokemon.

Onix looks like a chain of boulders formed together with a horn on its head. It is massive in stature and usually lives underground.

Its overall stats are low except its defense which is sky high. It is probably one of the best ground type Pokemon with tank attributes. 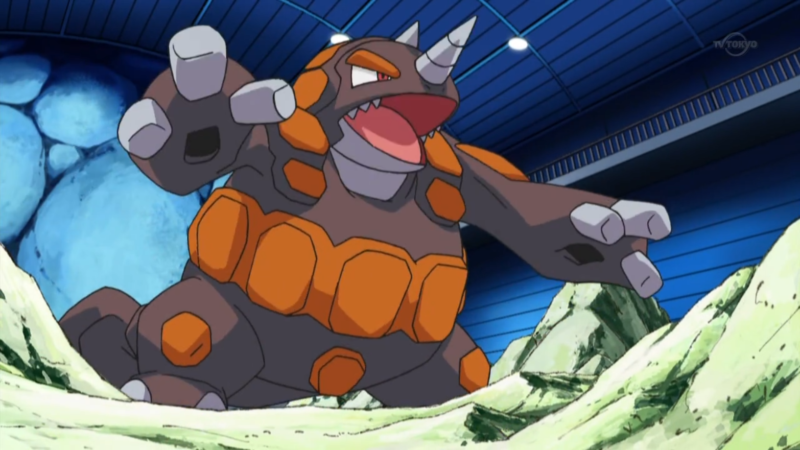 Rhyperior is a dual type rock and ground Pokemon from the 4th generation. It actually evolves from Rhydon.

It is a large Pokemon with one big drill-horn and one tiny horn. Rhyperior is capable of inserting rocks into its arms and fire them as bullets. It may sometimes accidentally use Geodude as a cannon as well!

As far as base stats go, it has high HP, defense and attack attributes, which makes it one of the top ground type Pokemon. 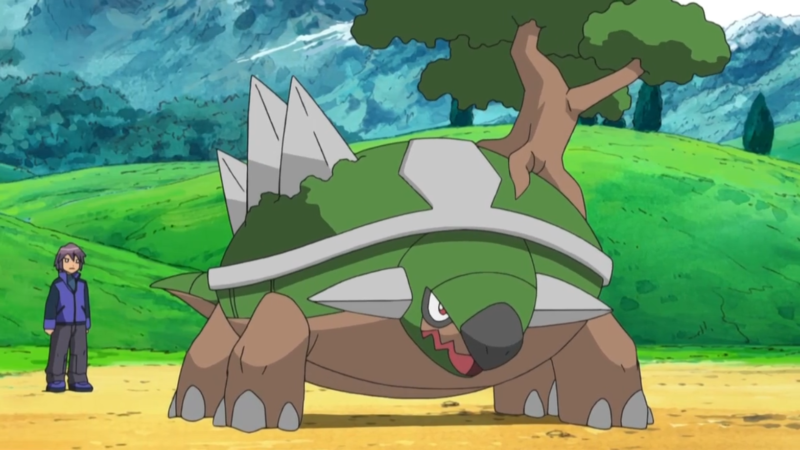 Toterra resembles a tortoise with a tree on its shell. It’s a grass / ground type Pokemon from the 4th generation.

Torterra’s shell actually supports many small Pokemon as they build nests on the shell. There are even small Pokemon who spends their entire life on Torterra’s huge shell.

It has high attack and defense base stats. 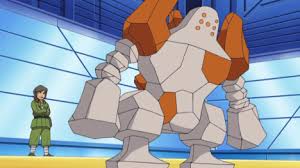 Regirock is a legendary rock-type Pokemon from the 3rd generation. It probably can’t evolve into any other Pokemon.

This Pokemon is a large golem made of big rocks. It sort of looks like a robot at the same time. Regirock usually lives inside caves. 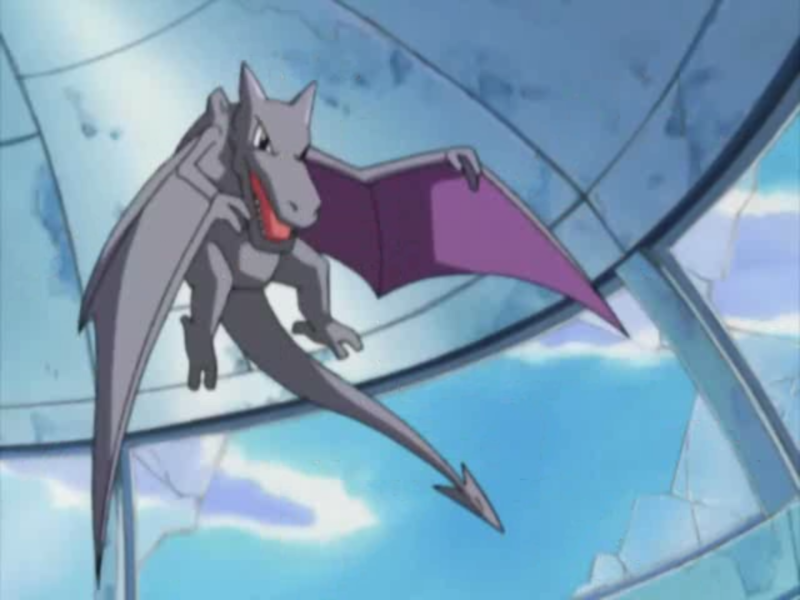 Aerodactyl is a fan favorite and a rock / flying fossil Pokemon. It’s popular both in the game and in Pokemon Go.

Aerodactyl can still mega evolve into Mega Aerodactyl. It resembles a flying type dinosaur and is grey in color.

Among all of its base stats, Aerodactyl has incredible speed, as it flies quickly and swiftly attacks enemies.

The list above is not exhaustive. Here are some other ground type Pokemon to check out:

Do leave your comments on which Pokemon do you think is the best ground type Pokemon before the box closes.

Top Shiny Pokemon To Check Out