Team Fortress 2 is an extremely popular class-based FPS title that doesn’t really get as much credit as it deserves.

Seemingly abandoned by Valve, the game lives on with the occasional updates and the robust support from its ever-loyal community.

While the game is, for the part, balanced, being that it is a class-based FPS title, it’s only natural that some classes are more useful compared to the others.

As such, we took the time to round up the classes in Team Fortress and ranked them based on how viable and useful they can be, especially in a 6v6 situation.

So, without further ado, here are our rankings for the best classes in Team Fortress 2. 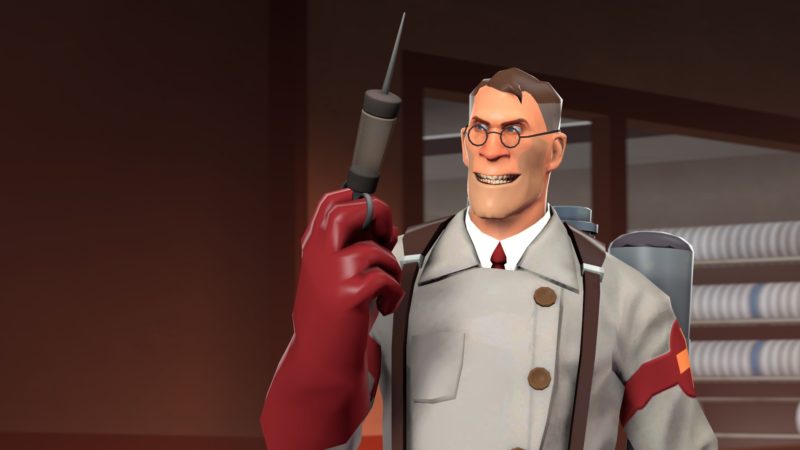 This should come as no surprise.

By no means should you run a lineup without a Medic. Unless, of course, you don’t want to win, or you’re playing in public servers where the goal is less about winning and more about having mindless fun.

Occasionally, 6v6 lineups with no Medics do come up. But, they’re very rarely successful if at all.

Seriously, why would you not bring a Medic in a firefight? That’s worse than bringing a knife!

The Medic is the most essential class in Team Fortress 2, with an ability in Ubercharge that can turn the tables around and give your team an advantage, or break stalemates in your team’s favour, when properly used. 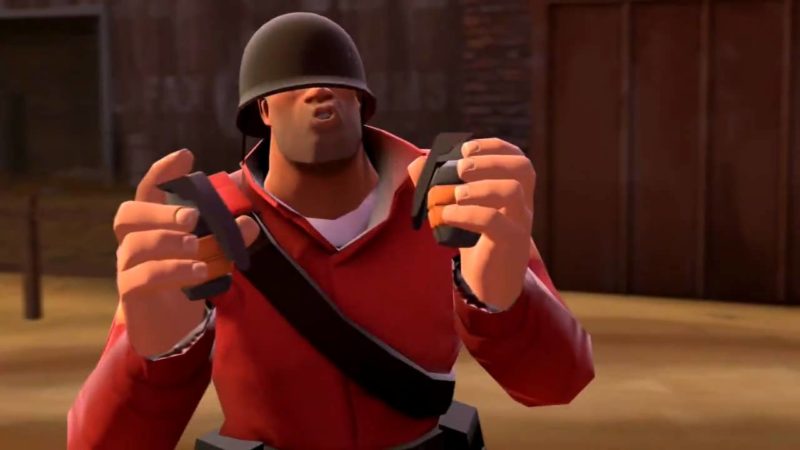 The Soldier is the most well-rounded class in Team Fortress 2. This guy just doesn’t seem to have any significant weaknesses. He has enough range and can do just as much damage up close and from afar.

He is also quite agile and has the potential to be the fastest class in the game if used properly.

To put simply, the Soldier is pretty much useful in every situation, which is why the class is right up here on our list. 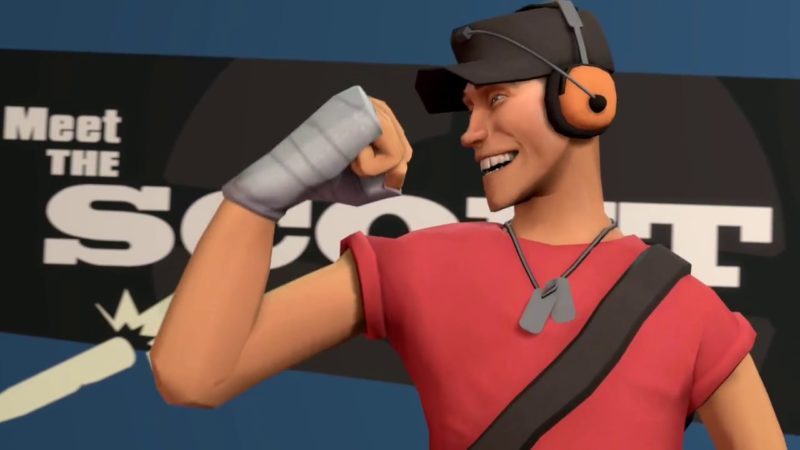 The Scout can be the most underrated or overrated class in all of Team Fortress 2, depending on who you’re asking.

For us, we think he’s right in the middle.

The Scout is neither as well-rounded nor as useful as the Medic, but he isn’t a specialist either. He’s actually extremely capable of confusing teams, especially in a 6v6 setting where there is so much space to move around and cause chaos.

Easily the fastest class in the game, the Scout is perfect for, well, scouting enemy teams and flanking them.

If you see two experienced Scouts on the opposing team, then be prepared to get flanked all of the time. 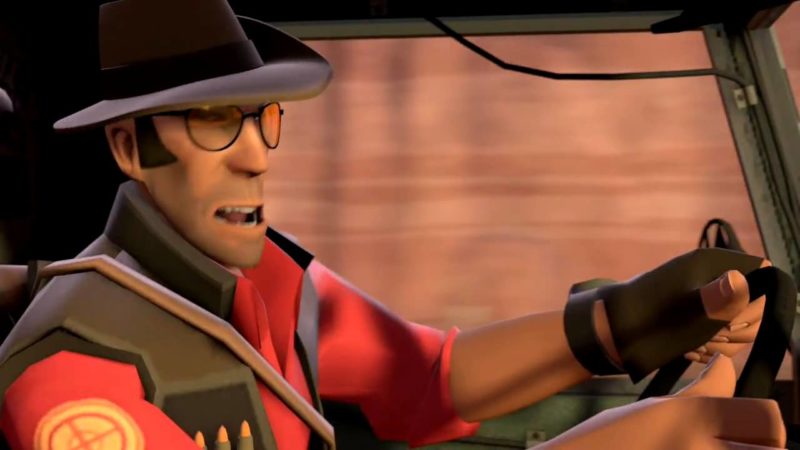 If you’re playing mostly only on casual servers, you won’t find as many people playing the Sniper.

In other more “serious’ servers and higher levels of play, however, be prepared for a world of hurt.

While many will be quick to label the Sniper as situational, the class is everything but. After all, the goal of the game is to kill the opposition, and what better character is there at taking down opponents than one that can literally kill anyone in one hit?

The Sniper can literally counter every other class in the game. Yes, even those pesky Scouts and those highly-mobile Soldiers.

The only problem with the Sniper is its high skill floor. 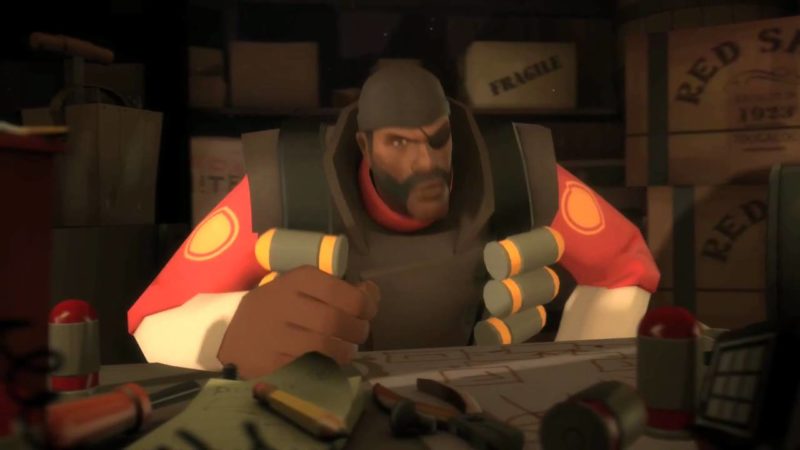 A weird mix of generalist and specialist, the Demoman is useful in just about every situation BUT is not as useful in certain scenarios when compared to the Sniper and the Soldier.

Play the Demoman enough times, and you’ll gain a good understanding already of what his role is, which is to set traps and defend choke points.

Just remember not to get too close to your enemies.

Don’t let the Demoman’s huge body and high health fool you, he isn’t exactly as useful in close range unless you’ve got excellent control of his aim. 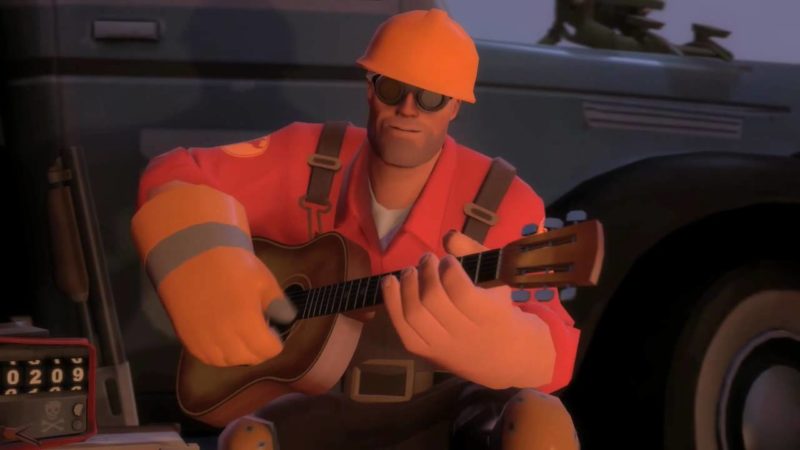 The Engineer is a good class, and in the right hands, he can do an awful lot of damage in little time with minimal effort — you just need the proper setup.

Unfortunately, the Engineer is rather situational. He is quite useful in defensive play, but he requires a lot of time for proper setup.

Not to mention, in higher levels of play or in 6v6 matches, he is the opposite of the Scout in that, more space to move around isn’t really that good for him.

Plus, the Engineer has relatively low health and once all of your buildings are gone, you’re left with nothing but a shotgun and a pistol, as well as a wrench, to defend yourself.

Those aren’t nearly enough to stay alive in the chaotic world of Team Fortress 2.

In public  and larger matches, however, the Engineer can be quite devastating. Or, you know, if you’ve got a thing for building death machines to do the killing for you. 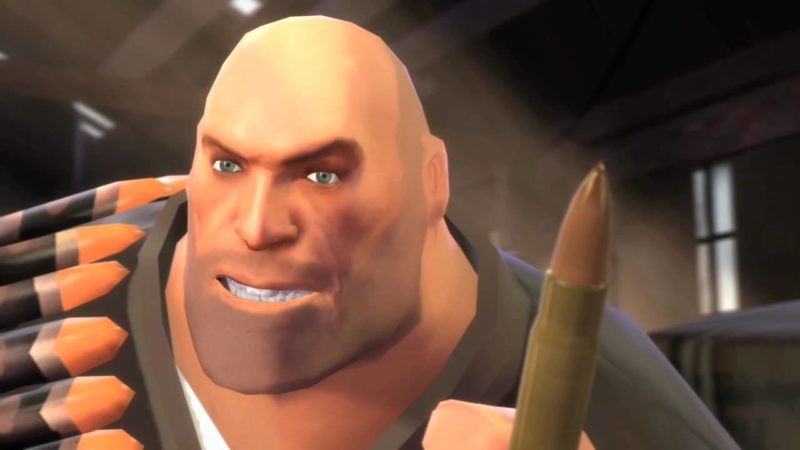 The problem with the Team Fortress 2 classes ranked this low is that they are situational, but at the same time, they don’t nearly excel enough in the specific situations that they’re supposed to be in to make them all that useful.

The Heavy is a good example.

The Heavy is supposed to be a tank. That means, he should have excellent close-range damage. Plus, he should play like he can make space for his teammates. But, he doesn’t really do all of that particularly well.

In lower levels of play, a good Heavy isn’t nearly as useful because even if he makes space, his teammates need to make use of that space as he doesn’t deal enough damage himself.

On the other hand, against higher-skill players, the Heavy often finds itself useless because of low mobility.

A lumbering giant through and through, the only consolation is that the Heavy is an excellent pick for beginners. Because he’s got twice the amount of HP most other classes in Team Fortress 2 have, beginners have more headroom to fool around and make mistakes.

Plus, playing the Heavy is pretty basic since the entire team has to play around you instead of the other way around. 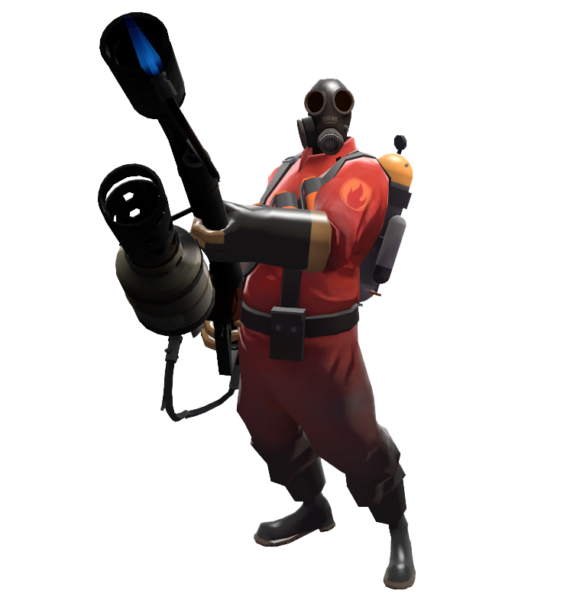 Pyro is in a weird spot where, he’s supposed to be extremely strong in close range but is hard-countered by the Demoman, Soldier, Scout, and Heavy.

The issue here with the Pyro is that he doesn’t have any way to get up close, and even when he does, he doesn’t do enough damage.

His close-range inefficiency is made only worse when you consider just how useless he is in larger maps with long-sight lines because he doesn’t have any viable way to kill from afar.

The only reason why the Pyro doesn’t find itself at the bottom of our list is because his spychecking skills can still come in handy, especially in public servers.

Outside of that, the only reason why you’ll want to play Pyro is if you want to set other players on fire. 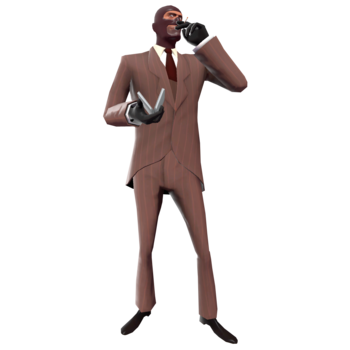 Spy is easily the most viable class in casual play because there’s very little communication between strangers going around in such matches.

Unfortunately, the Spy is hard-countered by communication — a common staple in high skill games.

Not to mention, at this point in Team Fortress 2, players have figured out pretty much how to play against a good Spy player, making them relatively useless and a liability unless he gets early pick-offs, and even then, it’s hard for the Spy to stay relevant.

Finally, the Spy stands out so much more in 6v6 matches.

Ultimately, what we’re saying is that the Spy takes too much skill for the casual player to be able to play in a rewarding manner and yet, he’s not as useful for higher-skilled players in high-skill matches.

For these reasons, we ranked the Spy dead-last in our ranking of Team Fortress 2 classes.

Even though some of the lower-ranked classes of Team Fortress 2 are too situational and are nowhere near as useful in most situations, that doesn’t mean they’re not worth playing.

Team Fortress 2 was never about competitive play, but rather, just good old-fashioned shootouts and having fun.

So, pick whatever class you want, master it, and try to have as much fun as possible.

Regardless of which class you’re playing, you’re surely going to perform better if you’re comfortable playing it as opposed to playing the “better” classes if they don’t suit your preferred playstyle anyway.