Teamfight Tactics is an inherently situational and chaotic game. Compared to the base League of Legends game, which, in itself, uses a lot of random-chance mechanics, Teamfight Tactics’ reliance on the said mechanics is much more prevalent and obvious.

So, what does this mean? For starters, it helps keep each match feeling fresh and different. Every match in this game doesn’t go exactly the same way.

This randomness makes it near-impossible to rank which champions are the “best” and the “worst” though. Although some champions are indeed more powerful all-around compared to others, it only takes a proper set-up for a champion that’s considered bottom-tier to completely obliterate the opposition and allow a player to take the lead.

Not to mention, because Teamfight Tactics is still relatively new, Riot Games are still trying to hash out many of the game’s imbalances, known or not.

Below, we took the time to rank 10 of the best champions that’s available in Teamfight Tactics, as per the game’s latest update, 9.14B.

Expensive and rare are two things that usually spell doom for a champion in games like Teamfight Tactics.

Swain is one of the few exceptions, however.

If you’re lucky enough to roll a Swain, then good. A tremendously powerful champion, even when alone, Swain can overcome odds that others champions simply cannot, especially with the best items.

There’s this video going around of a streamer completely obliterating an entire 9-champion team using a lone Swain, which says a lot about how powerful this champion.

Make sure to pair your Swain with Imperials, Demons, or Nobles. 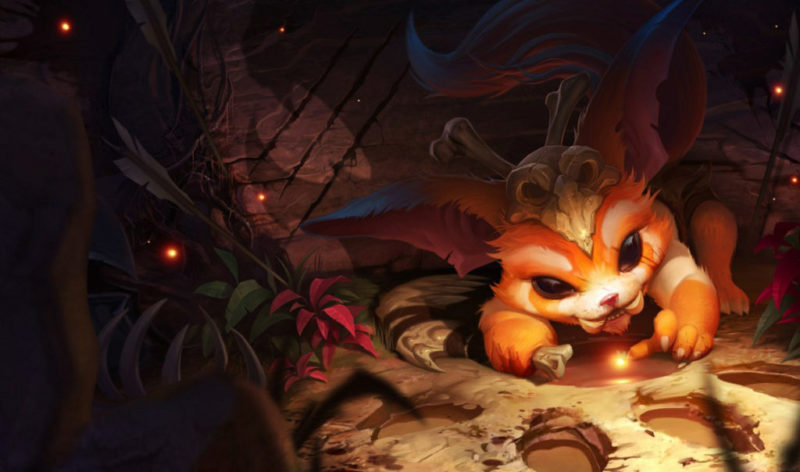 Tanky with excellent crowd-control capabilities, Gnar’s only weakness is probably that the champion might be a tad too item-dependent.

Without a hefty attack speed boost or some additional mana, it’ll be difficult for Gnar to get the ball rolling. But, if you do manage to get your hands on either one, or preferably both, Gnar can completely change the outcome of the game for you.

Capable of stunning and damaging entire enemy lineups on a regular basis, Gnar is a nuisance that you’d be glad is on your side.

Paired with either Shyvana or Nidalee for some extra health and you have a tank that will very well last you onto the endgame.

Just be careful not to let Gnar die to Assassins early on in the game.

With Demons now en vogue, Brand is a serious damage-dealer that definitely isn’t messing around.

Costing you 4 gold, Brand won’t come cheap. Then again, the fiery champion is also well worth the premium.

Brand’s AoE, along with his Elementalist Synergy, pretty much guarantees a win most of the time, especially against compositions that rely on champions that hide in the backlines and let the tankier champions soak up the damage.

We definitely won’t be surprised if Brand sees a nerf anytime soon. But, until then, you might want to keep on using Brand every chance that you can get. 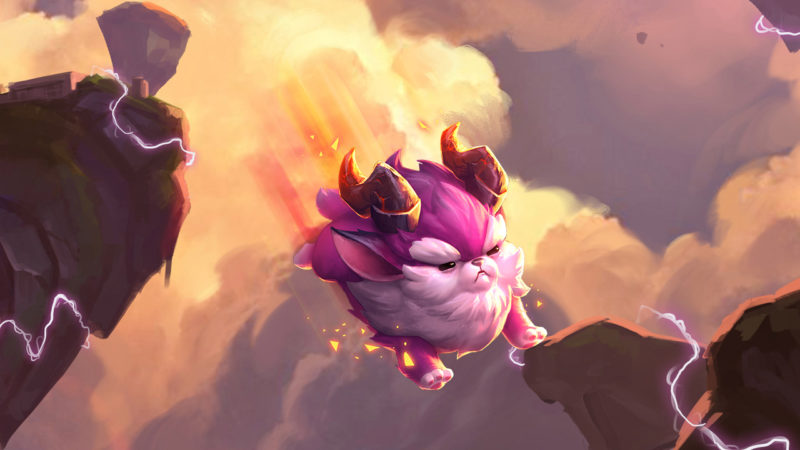 You know that a champion is pretty powerful if he or she has been nerfed multiple times already across a number of matches.

That’s Pyke for you.

Despite a slightly less powerful ultimate and Spear of Shojin, the so-called “Bloodharbor Ripper” remains a strong champion that can fit well in the early game, mid game, and even late into the game.

Whether you’re running an Assassin / Void hybrid lineup, or a full Assassin composition, or even just three Assassin champions early on, Pyke will take care of all of your problems – and then some.

Draven isn’t just borderline OP in Teamfight Tactics – the champion is legitimately overpowered in the game.

The only thing that’s probably stopping Draven from completely taking over any game that he’s in is that he’s only available well into the mid game and Riot seems intent on making Draven less absurd.

Even with such caveats, Draven can’t help but standout.

With axes that hit like a truck, Draven alone with a couple of items will strike fear into the heart’s of your enemies. 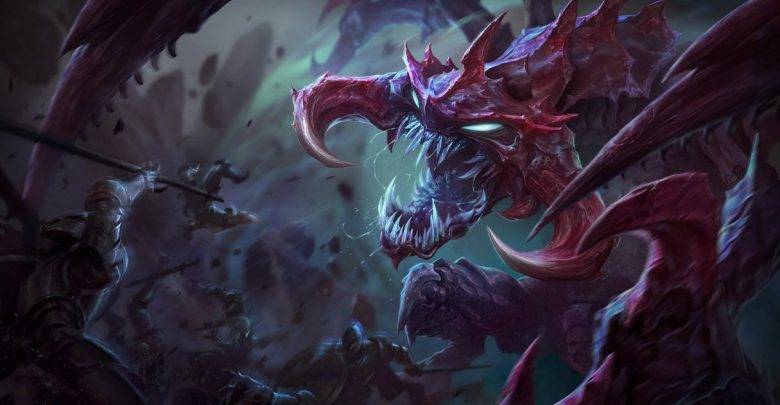 Do you remember when we said earlier that most champions in Teamfight Tactics are only as powerful as the situation and composition they’re used in, as well as up against?

An incredibly powerful standout unit, Cho’Gath doesn’t need synergies to work. This champion can do damage quite happily without any help.

With his extremely powerful crowd-control capabilities, Cho’Gath is a no-brainer in Teamfight Tactics.

Fairly tanky and equipped with excellent late-game, as well as crowd-control capabilities, Sejuani fits in quite nicely with any composition once you get into the latter parts of each game in Teamfight Tactics.

The only issue with Sejuani is that the champion lacks any standout qualities or abilities.

If you need a consistent champion though, you’d be hard-pressed to find anyone better than Sejuani in Teamfight Tactics. 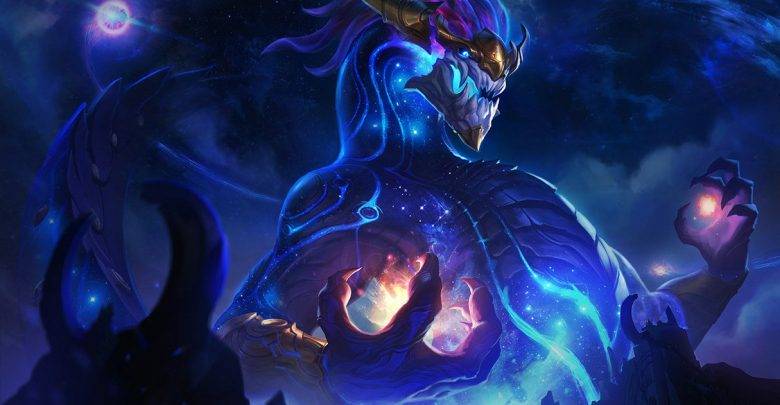 A couple of patches ago, Aurelion Sol would’ve been a no-brainer pick for fans of Sorcerer compositions in Teamfight Tactics.

Unfortunately, the recent set of nerfs have made Aurelion Soli less powerful than before. Even still, at 4 gold, and with the ability to deal a tremendous amount of damage in a wide area in front of him, this champion can carry games for you.

Not to mention, Aurelion Soli also benefits from the Dragon bonus.

This means that you can make the champion resistant to any forms of magic damage and get additional armor for better durability.

A Level 2 Aurelion Soli is a force to be reckoned with when you use a Spear of Shojin.

Similar to Swain, the champin, Aniva, is both expensive and rare. However, if you intended on building the ultimate Glacial or Elemental team, then no champion complements your goals any better.

On her own, Aniva is an amazing champion that can dish out huge damage on a regular basis thanks to her fast-recharging AoE ability. But, it’s not just her special ability that makes Aniva worth getting.

Because, when paired with two other Elementals, you’ll get a free tank ready to soak up any damage attempted on you as long as you have Aniva on the board. Plus, with the more common Lissandra also a Glacial-Elemental, there’s a lot of potential synergy going around here. 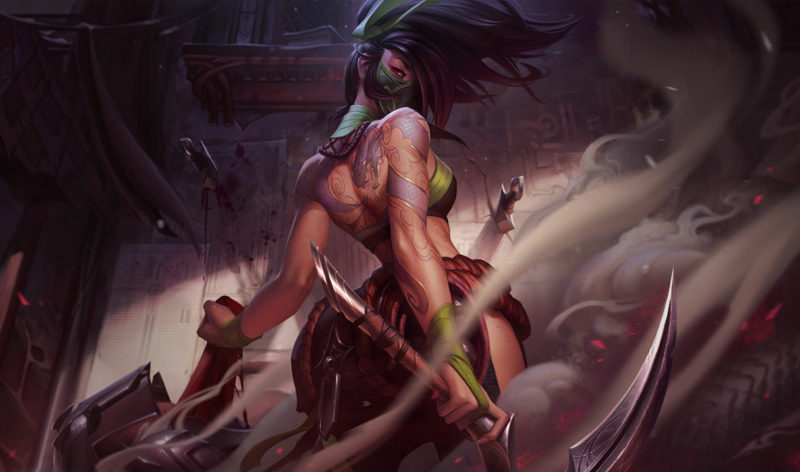 Assassins are currently all the rage in the current meta in Teamfight Tactics. Considering this, you won’t do any better than the ever-so-consistent Akali.

The quintessential damage-dealer, Akali has one purpose, and just one purpose alone, and that is to deal damage and kill.

If you enable Akali to do just that for your team, then you’ll be a happy camper.

First off, our list, as hard we tried, is subjective and you should take our recommendations with a grain of salt.

Although we did our best to make sure that the champions we listed are widely considered the most powerful champions in Teamfight Tactics, the game doesn’t exactly lend itself too well to having overpowered champions.

Boasting even more randomness than the original League of Legends title, Riot Games’ latest venture has an incredibly balanced set of champions in the game, one where each champion has a place and a chance to do a lot of damage depending on how and when they were used.

Having read that, you’ll be better off using our list of the 10 best champions in Teamfight Tactics as more of a guide to help you identify which champions are worth building your lineup around.