Carnivals are a great source of entertainment for both kids and grown-up people. They tend to break the hectic routine and help in bringing down the stress level.

If someone wants to have a quality time with family, carnivals are the best option. It acts as a platform to strengthen the family bond with the help of different homemade carnival games.

These games are very easy to make, easy to play, and fun for all family members. Here are the 8 best carnival games which may inspire you.

It’s a simple carnival game that is favorite amongst small kids. It is easy to make at home with the help of stuff like different colors permanent markers, swimming pool made of plastic, rubber ducks and water.

The ducks are marked with dots on the bottom side with the help of permanent markers and then the dots are left to air dry.

Each colored dot beneath the ducks represents a prize that a kid will win. A green dot can mean a chocolate prize. A blue dot can be about a small toy. A yellow dot can represent a storybook as a gift.

If there is one big prize to give away then only one of the duck could be marked with a red color dot.

The next step is to fill the swimming pool with an adequate amount of water. The pool made with plastic is preferred because it is light in weight and easy to carry everywhere. Put the dried ducks in the water. They will start floating at once.

Then, ask the kids to pick a duck one by one. Turn over the duck to see the color of the dot and give the corresponding prize to the kid.

This carnival game requires things like an aquarium, a glass, and many coins. The size of the glass is up to your choice. If you want many people to win then a large glass can be used but if you want the game to be a little tough to win then a small glass would do the job perfectly.

Put the glass in the center of the empty aquarium. Fill the glass with some coins to anchor it. After that, fill the aquarium with an adequate amount of water.

The mechanism of the game is quite simple. The contestant has to place a coin on the top of the water. If the drowning coin lands inside the glass then we have a winner.

Make sure that enough coins are available so that many people can try their luck in the game. Also, make an effort to have similar coins for all the contestants in order to have a fair contest amongst players.

This fun-loving carnival game is even fun to watch as an audience. It makes a lot of mess but the enjoyment is worth it. It is one of the most favorite games among kids that love action and adventure.

The items required for this game include plastic eggs which in the game are referred to as dinosaur eggs, plastic shovels, play sand, and a container of the size of a toddler’s swimming pool.

Fill the eggs with small gifts like candies, stickers, erasers, etc. If there is a larger prize available one can just write it on the paper and put the paper in the plastic egg. Now put all the eggs inside the container and fill it with the help of the play sand.

Make sure that the sand is enough to hide all the eggs completely. Give each kid a plastic shovel and ask them to find the dino egg by digging the sand. The one who finds the egg is the winner.

Give the winner the prize placed or mentioned inside the dino egg. If someone wants to make a less mess then it is recommended to allow only a couple of kids to dig at the same time.

Amongst winter carnival games, this game is liked by all. There are many versions of the games. One version includes dipping all the apples inside the water and asking kids to draw them out with the help of their mouth.

If this version seems a bit gross then there is always a British version to try as well. In that case, the apples are hanged with the help of strings. One after one, kids are allowed to participate in the game so that no more than one kid goes for the same apple.

Another remake of the game includes net for catching apples. The bucket is filled with water and the apples are hanged inside for bobbing. Then kids are asked to pick the apples out with the help of a net rather than their mouth.

This carnival game improves coordination skills in younger children. The game can be turned more excited for older kids if they are blindfolded during the playing turn.

As the name suggests the game requires tossing of the bean bags. If the bean bag lands inside the hole then we have a winner. To increase the chances of winning the game, one can add more holes in the game.

This will allow the bean bag a chance to land in any of the manufactured holes. The hole rings can be painted with different colors to identify prize tiers.

As the hole in the center is difficult to reach, one can paint its ring with let’s say blue color to signify a large prize. The hole in the second row beside the center hole can have a yellow color ring to represent medium-sized gift.

The nearest hole which lies in the bottom row can get a green color touch to present a small-sized gift.

Spin the Wheel is an interesting game that is a must for all kind of carnivals. The game rule is simple: spin the wheel and get the prize mentioned on its landing destination.

Different themes can be implied on this game, for example for a Halloween themed version the wheel can have figures of both pumpkins and ghosts on it. Ask the contestant to pick one and then let the player try the luck by spinning the wheel. If the wheel lands on the same figure that the player has chosen initially then we have a clear prize winner.

An exciting version of the game could have different prize pictures pasted on the wheel. Whichever picture the wheel lands on, the player gets that prize. This way, everyone has the opportunity to win this game and take the prize home.

Another remake of this carnival game can be done by using numbers on the wheel. Ask the player in the start to guess which number the wheel will land on. Let the player spin the wheel and see what number it lands on. If it’s the same number that the player has guessed earlier then he/she wins the game.

However, if it’s not the same number then that number of chocolates go into the container and the next player has a chance to win the whole container. Repeat until the winning player is found. 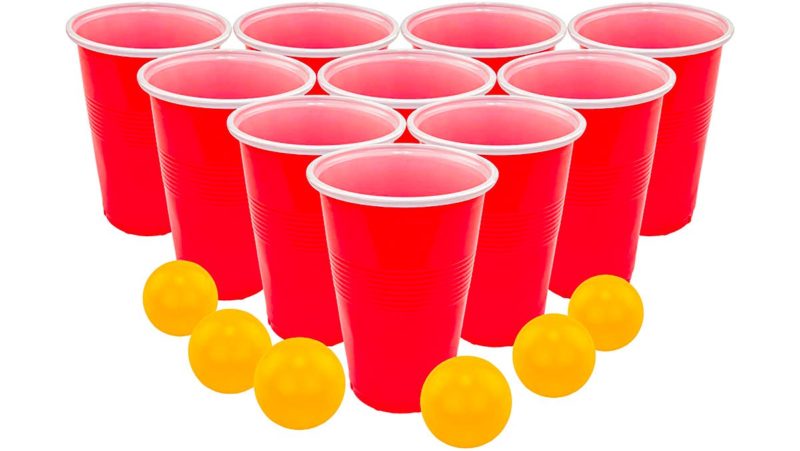 Three cups and one ball is the requirement for this easy homemade carnival game. Till date, this classic game is popular in groups of all ages.

The gameplay is extremely simple. Show the ball to the contestant and then put it below one of the cups on the surface. Now with fast hands move the cups around and keep switching them.

The contestant will try to follow your hands’ movement to keep an eye on the cup having the ball below it. When you are done displacing the cup, the contestant has to tap on the cup that is hiding the ball. If the player tapped on the right cup, they win the prize.

For making the game easier for smaller kids one can make use of cardboard to hide all the cups from the player in the beginning. The next step would be to hide the ball under one of the cups.

Remove the cardboard and instead of shuffling the cups just ask the player to guess which cup is hiding the ball beneath it. If you want to increase someone’s chances of winning then hiding balls in two or all cups will fulfill your gesture.

The list of best carnival games is incomplete without lollipop pull. The game requires many lollipops, hay, and markers. Color the bottom of lollipop sticks with a marker.

Put all the lollipops into the hay such that their sticks are placed in side down direction. Ask the player to pull a colored lollipop stick to win the prize.

Try these exciting carnival games the next time you have a party. These games are perfect for all ages.

The list above were some of the more popular carnival games.

Stranger Things 3: Who Was The American In The Post-Credits?