Writhing Dead is a quest in Assassin’s Creed Odyssey which relates to getting the last artifact for Atlantis.

Your task is to follow Bryce into the lair and eventually defeating Medusa.

Here’s a walkthrough of Writhing Dead in AC Odyssey. 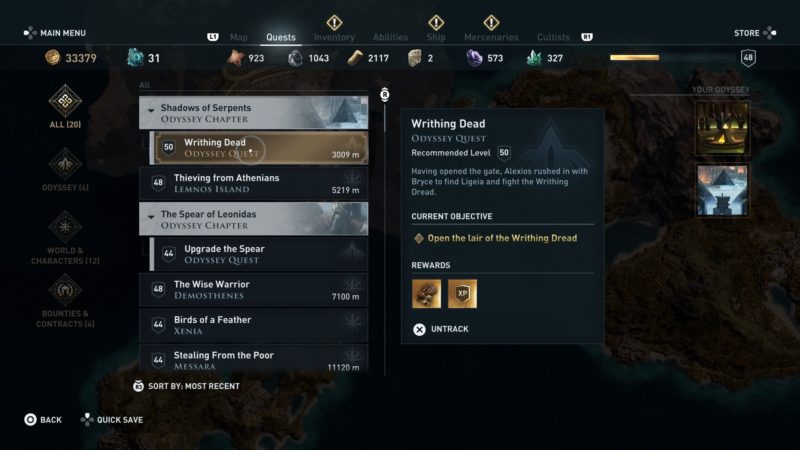 This quest is recommended for those level 50 and above, as you have to fight Medusa who is pretty strong.

Open the lair of the Writhing Dread

As you have gotten the disk from the previous quest, you now need to open the door to the lair.

The exact location of the lair is shown in the map below. You can fast travel to the entrance directly. 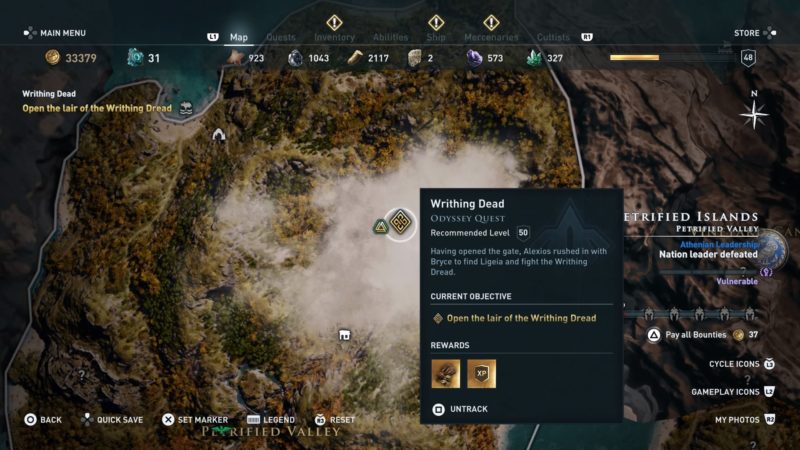 Interact with the key holder to start the quest. 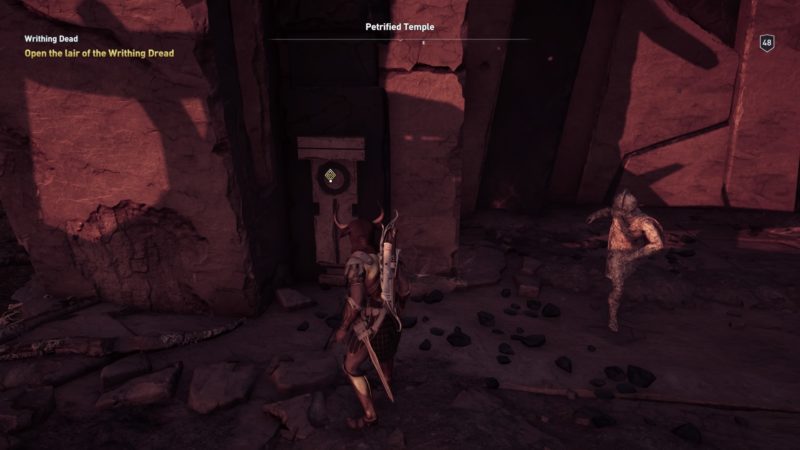 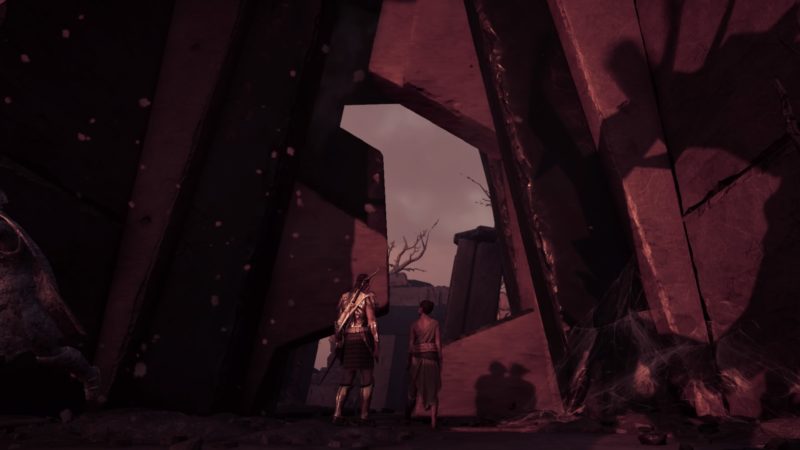 After the door opened, Bryce ran into the lair and disappeared from sight. You have to find her by going towards the end.

Inside the petrified temple, there are also treasure to loot. However, this place is filled with snakes, so do be careful of them.

Each bite reduces your HP substantially. 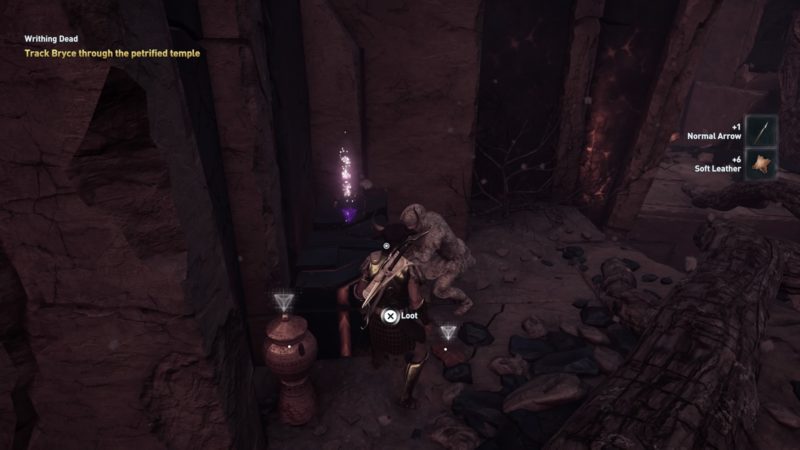 Keep going through the tree roots or vines. Eventually, you’ll get to this place. 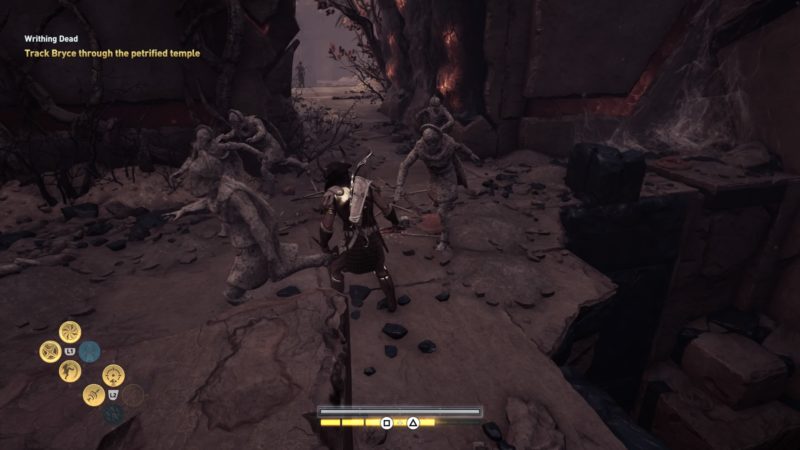 A cutscene will then load, and you will find Medusa inside, and Bryce gets killed. 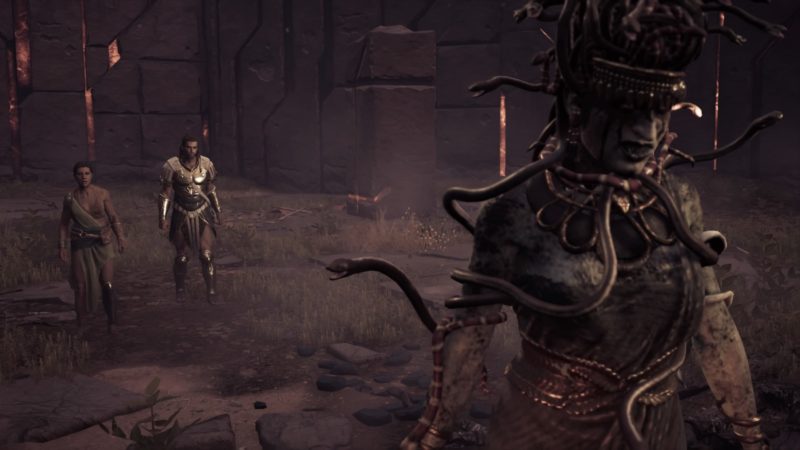 Medusa is definitely one of the tougher bosses in AC Odyssey. She has a few different moves but you can pretty much predict her movement after awhile.

If she creates an energy sphere, she’s about to summon three undead warriors. 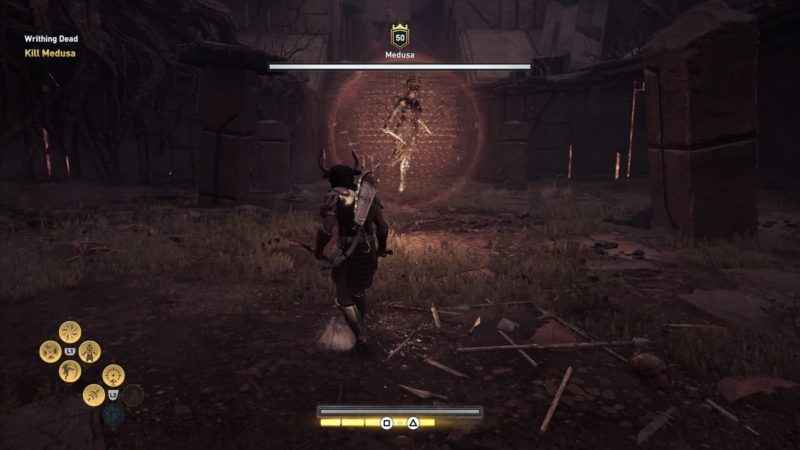 They will all be level 50, but they aren’t that strong. 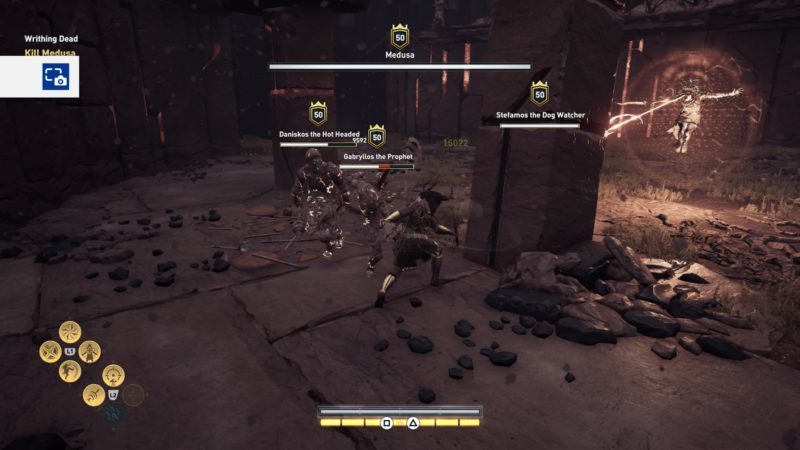 Try to attack her immediately after you defeated the three warriors, as there’ll be a few seconds where she’s vulnerable. 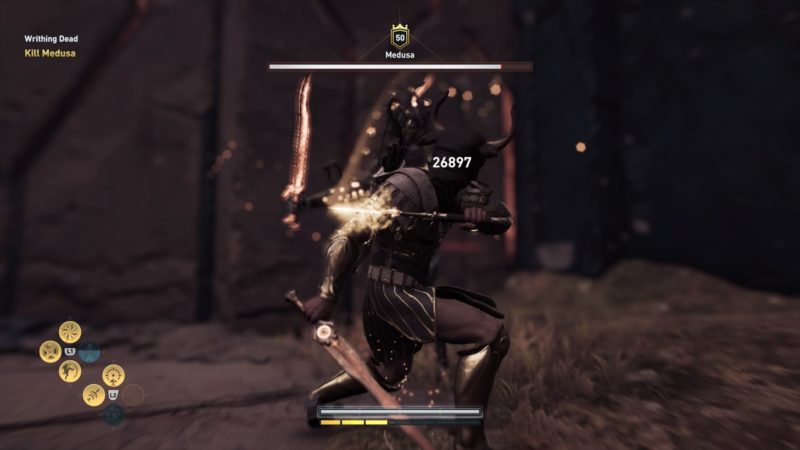 Medusa tends to teleport a lot. It’s a little annoying but try to save your skills for when she is vulnerable.

Apart from summoning warriors, she can summon meteor-like attacks. She can also turn you into a stone (but you can still move) using her laser beam attack.

One way to avoid that is to hide behind the pillars. Even if you “become stone”, you can still move but much slower. 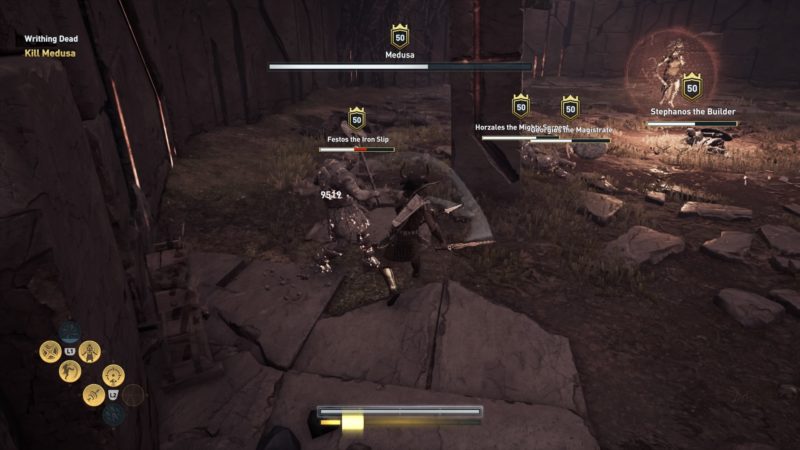 Just keep dodging and attacking when she’s not teleporting away. Rinse and repeat and you’ll eventually defeat her. It’s quite a long fight compared to other bosses. 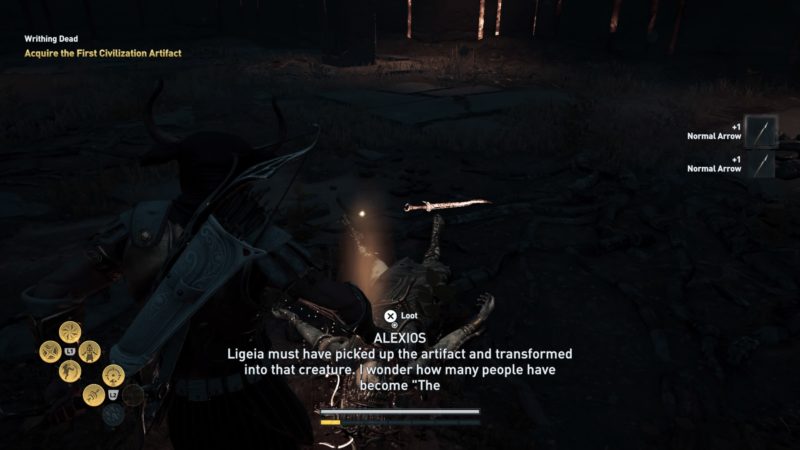 Loot the artifact once she’s dead. 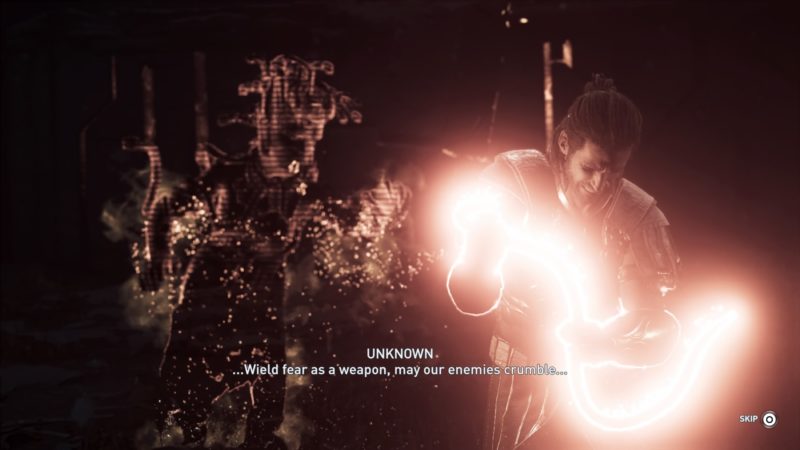 The quest completes here. You will get a Medusa Figurehead and a Harpe of Perseus (sword).

A new engraving (25% cooldown on all abilities) will also be unlocked. 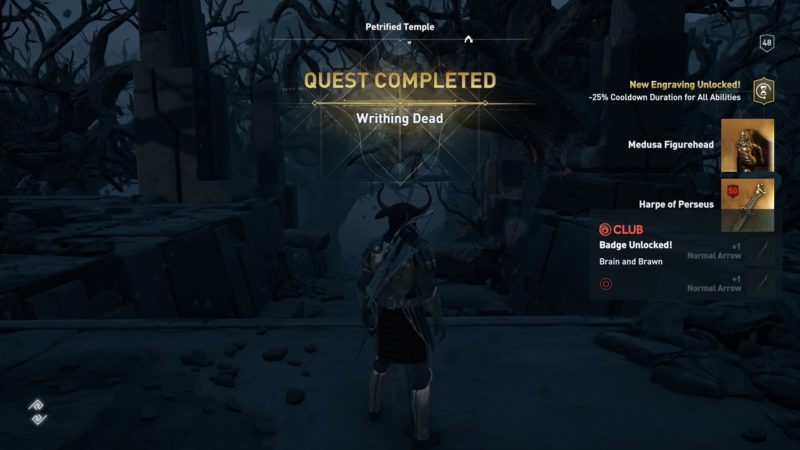 After getting all four artifacts, get back to the gate to Atlantis to finish the Odyssey quest.