To Kill Or Not To Kill is a main quest in Assassin’s Creed Odyssey involving Myrrine.

Your task is to look for Myrrine and Brasidas to discuss future plans.

Here’s a brief walkthrough of To Kill Or Not To Kill in AC Odyssey. 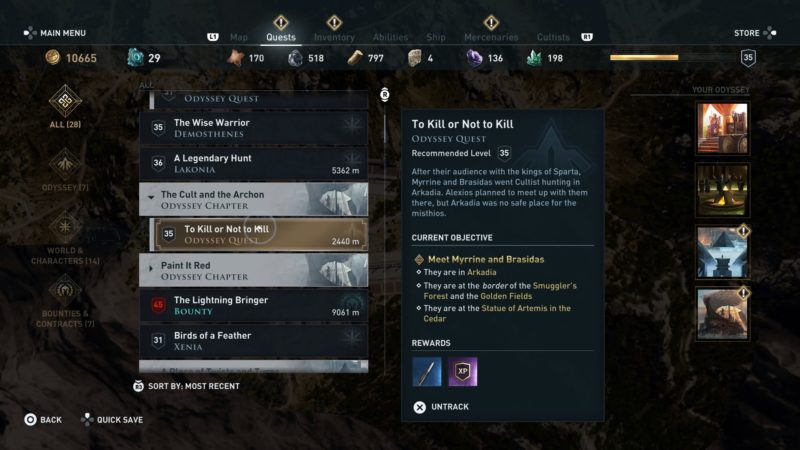 This quest is recommended for level 35, but it may differ according to your character’s level.

Look for Myrrine and Brasidas

Your first objective is to look for Myrrine and Brasidas who are supposedly at the Statue of Artemis in the Cedar.

Their exact location is shown in the map below. 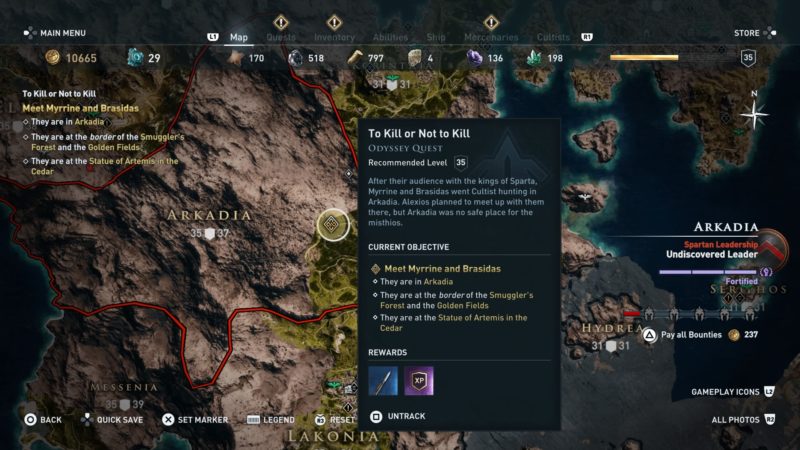 On the way there, you’ll realize that your bounty has gone up a lot, and you can’t pay them off. It’s all part of the quest. 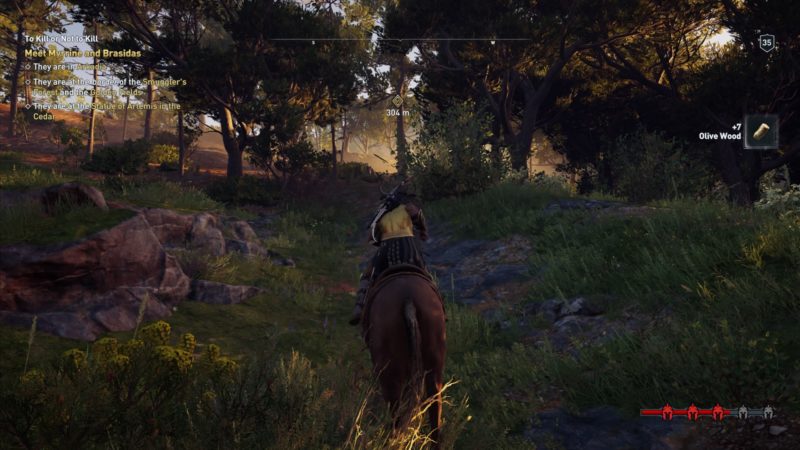 As you reach the area, a cutscene will automatically load and a mercenary is there instead of Myrrine or Brasidas. 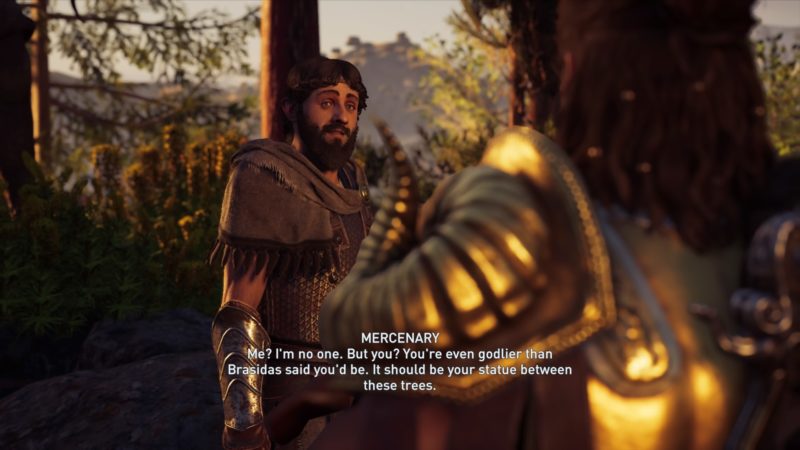 He will then attack you as he was paid a lot of money by the Archon. 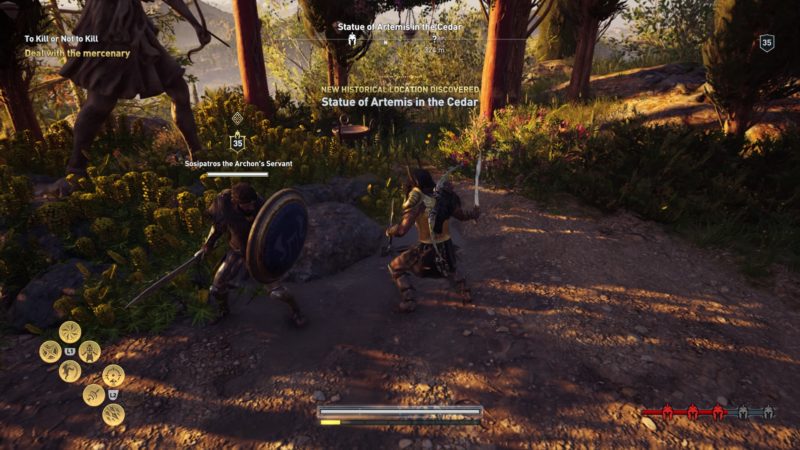 It’s quite a tough battle as he has a lot of health. Once you’ve defeated him, talk to him. 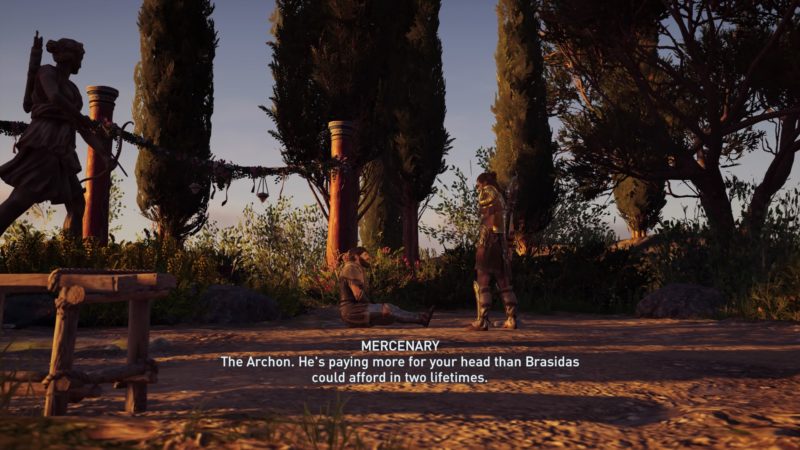 He will explain what happened. After the cutscene, you can choose to fight him again or just leave.

You will get some items and drachmae for defeating the mercenary.

Once you’ve gotten the actual location of the two of them, get to the exact location shown in the map below. 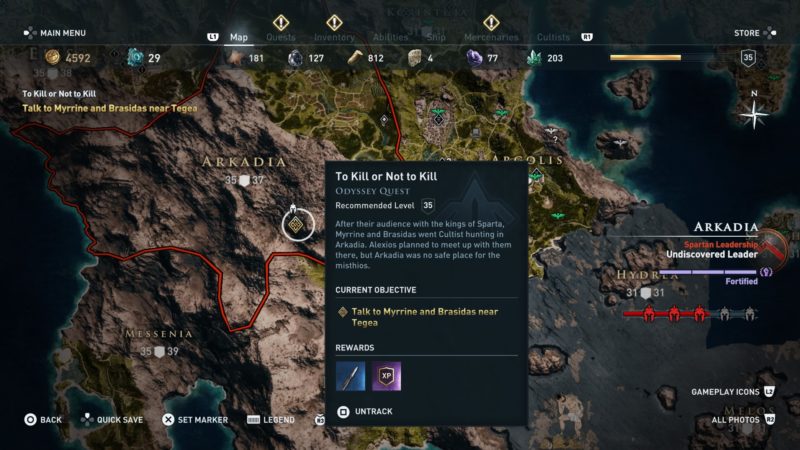 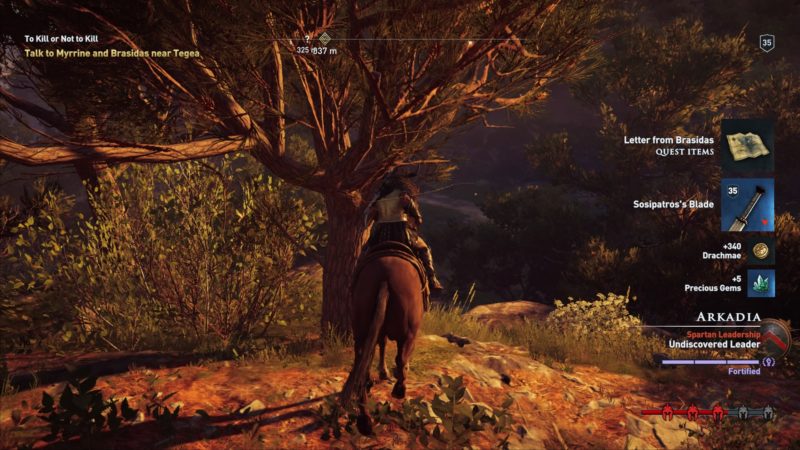 You will find them standing on the cliff. Talk to them to complete the mission. 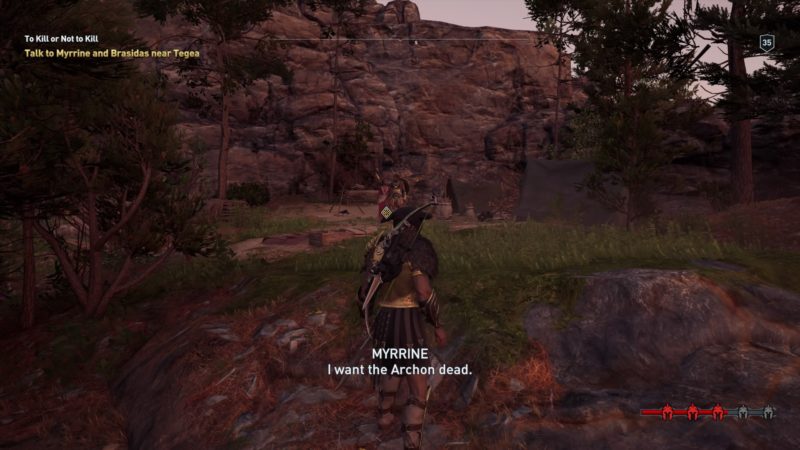 During the cutscene, you will be told to choose a plan. Personally, I didn’t care to check what their plans were. I chose Myrrine’s plan over Brasida’s. 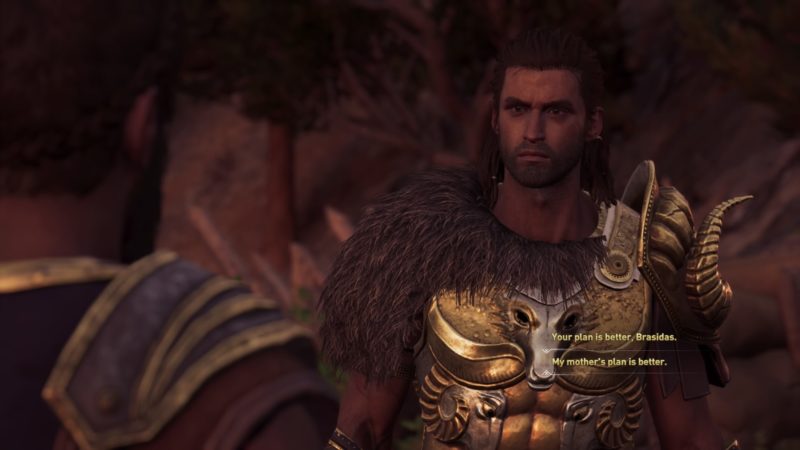 The quest then completes here, and the next mission is to get rid of Lagos the Archon. 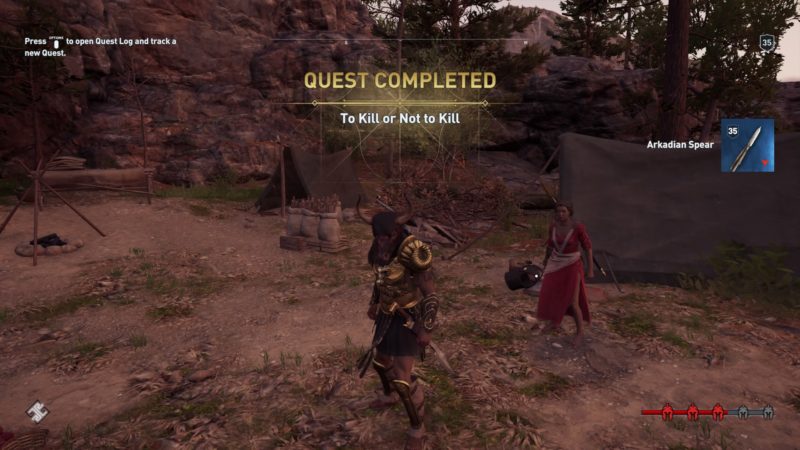 Assassin’s Creed Odyssey: Cashing In On The Cow