The Bright One is the latest quest in Assassin’s Creed Odyssey involving Arges the Cyclops.

Your task is to get to Nisyros to defeat Arges the Cyclops, in the middle of the volcano.

Here’s a walkthrough of The Bright One in AC Odyssey. 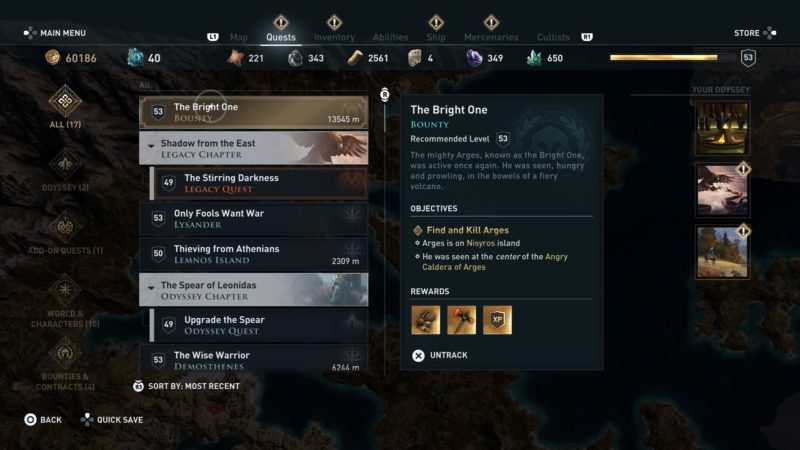 No doubt, Arges the Cyclops is the toughest one among the three I have fought. Get your equipment ready before battling the beast.

The hardest part is probably the lava around the area, as the burn damage is pretty bad.

There’s only one objective for this bounty quest. Find and kill the cyclops.

You can find him in Nisyros island, at the exact location shown in the map below. 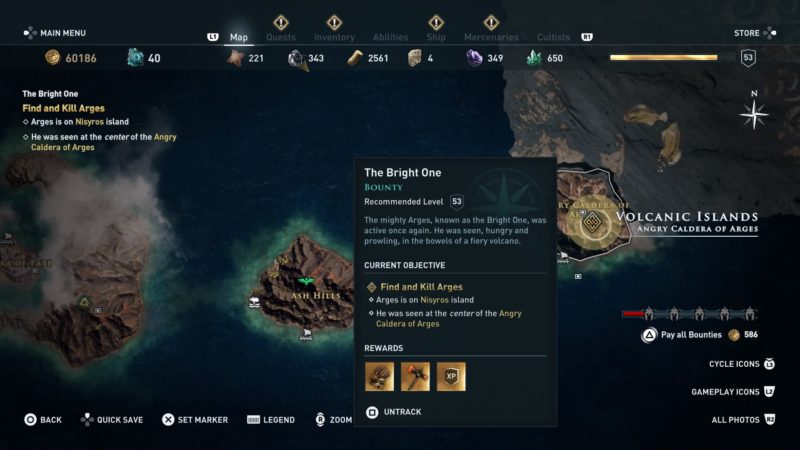 You’ll probably need a ship to get there. 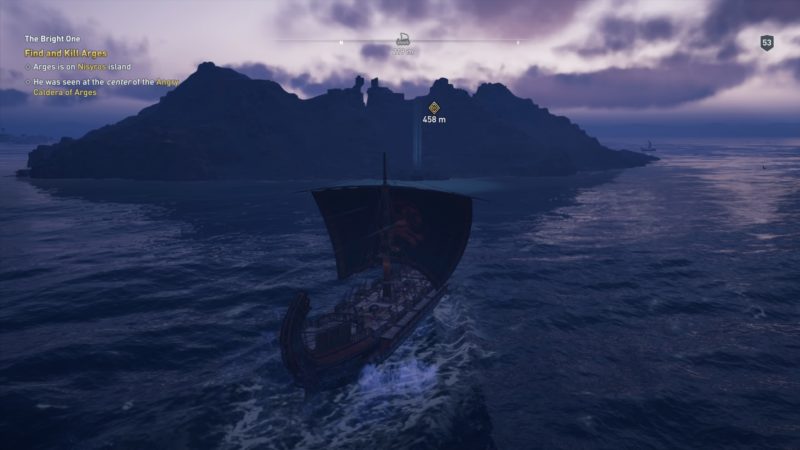 As you get there, climb up the volcano. 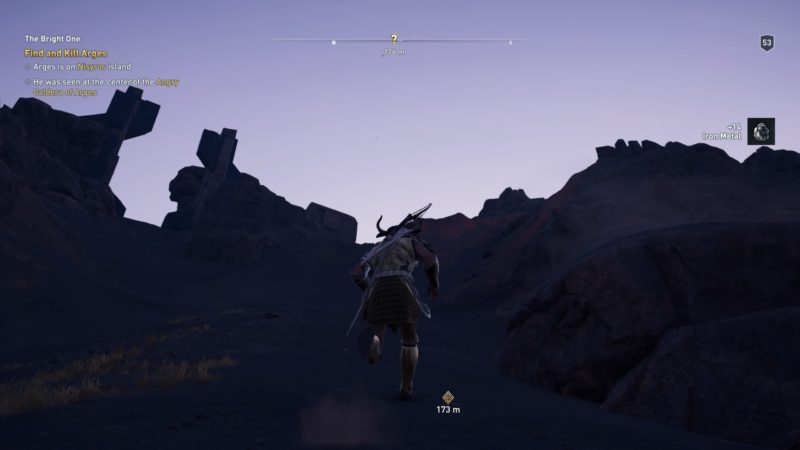 You will find an area big enough for a showdown. The cyclops is hiding inside the “cave”. 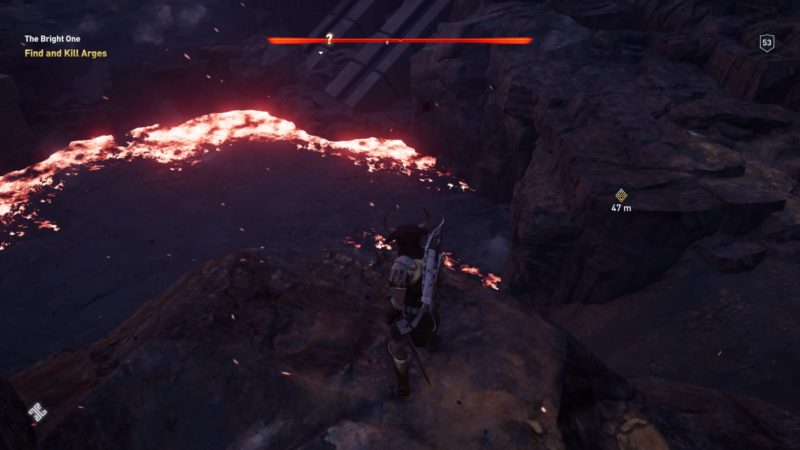 When you reach the “arena”, Arges will come out.

If you want to play safe, just keep using your bow and arrows. You can aim from far, and he only has like one or two long distance attack. 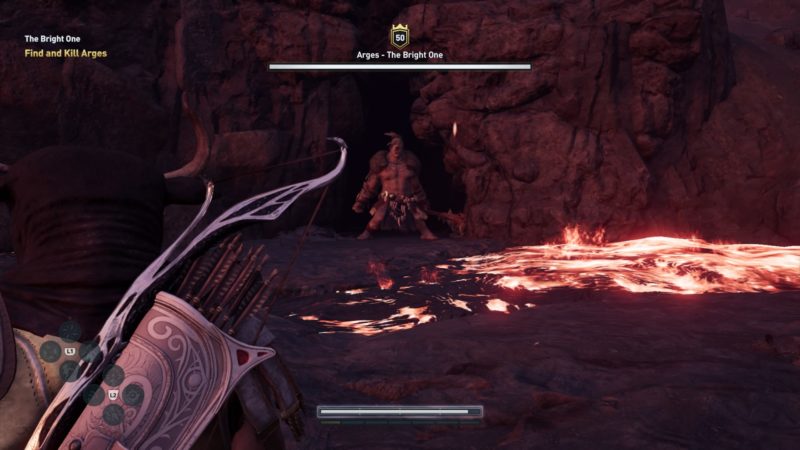 I kept using arrows and when I had at least three bars, I used the “overpower skill” to reduce his HP by a lot. 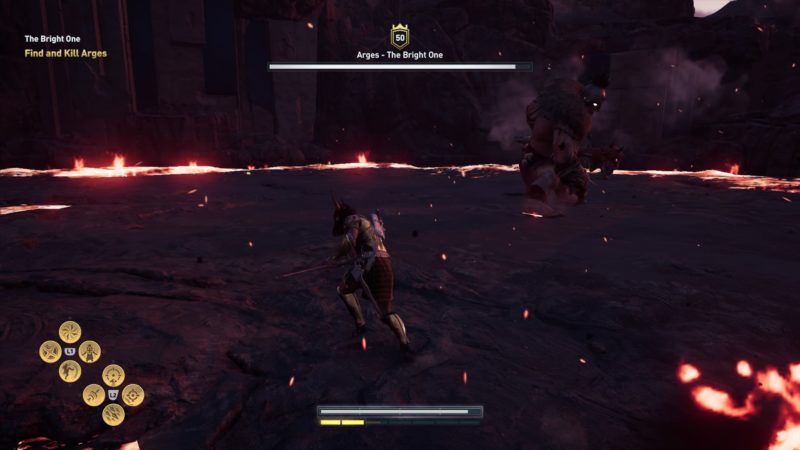 Arges has several moves that are lethal. He can attack in one small circle around him.

Arges also goes on a rage, pounding the ground using his club like 3 or 4 times.

Keep avoiding him by dodging his attacks. 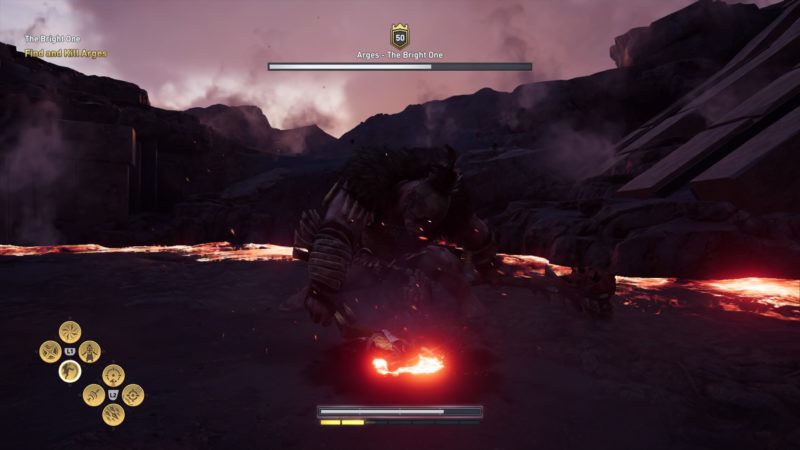 He can also cause lava to shoot up from various areas on the map. It’s pretty painful, so definitely try to avoid this.

It happens when Arges is enraged and glows. Arges typically does that when his HP reaches half. 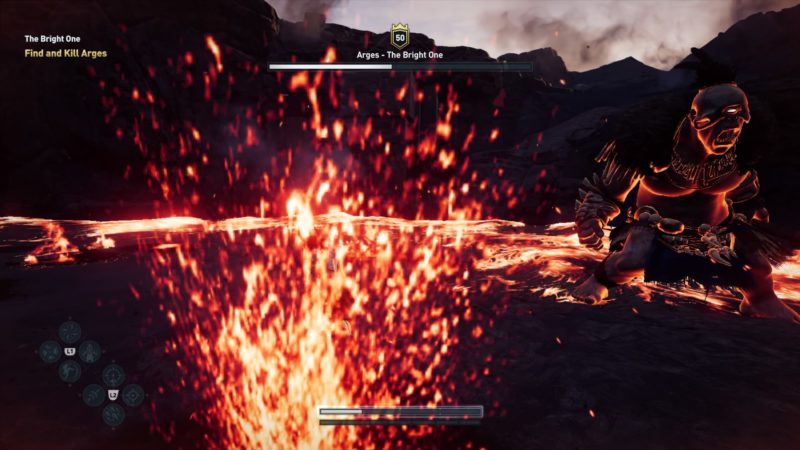 Like mentioned above, if you use your bow and arrows, you can survive pretty well.

Just craft more arrows if you’re out of them.

Once you’ve defeated him, you will get a Hammer of Hephaistos, a new engraving and some drachmae. 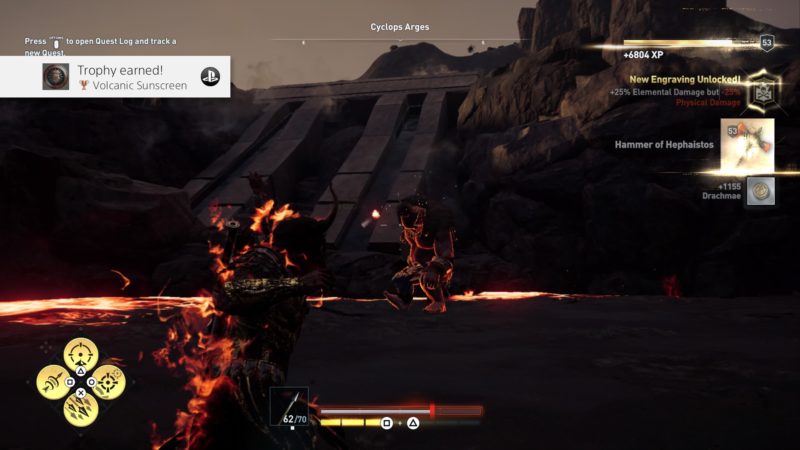 The bounty completes here as well. You will also earn a trophy “Volcanic Sunscreen”. 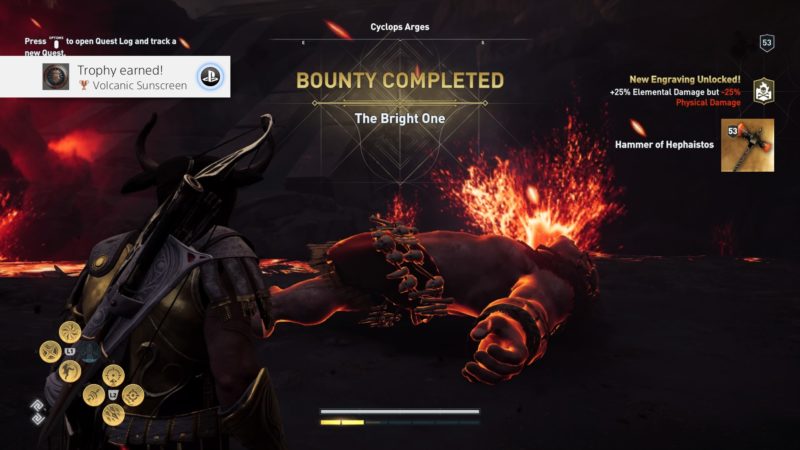