Taking Out The Competition is a quest in Assassin’s Creed Odyssey under the DLC “Legacy of the First Blade”.

This quest is divided into several support quests, which involves killing four mercenaries in total.

Here’s a walkthrough of Taking Out The Competition in AC Odyssey. 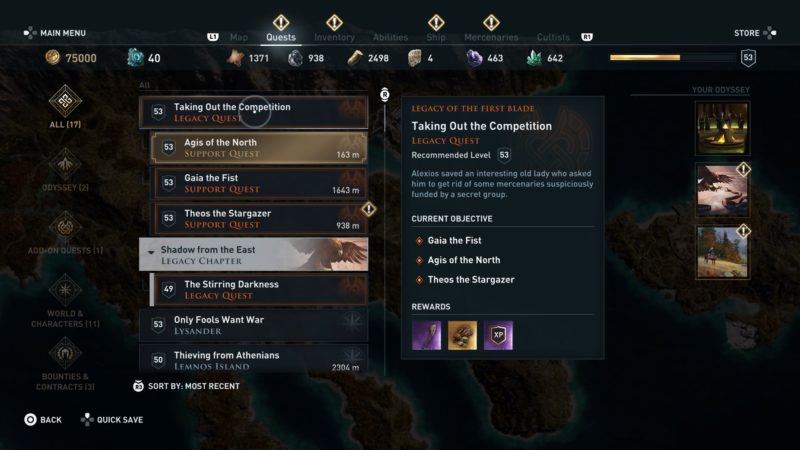 The quest starts after the previous A Curious Request.

The first one you can kill is Gaia the Fist. 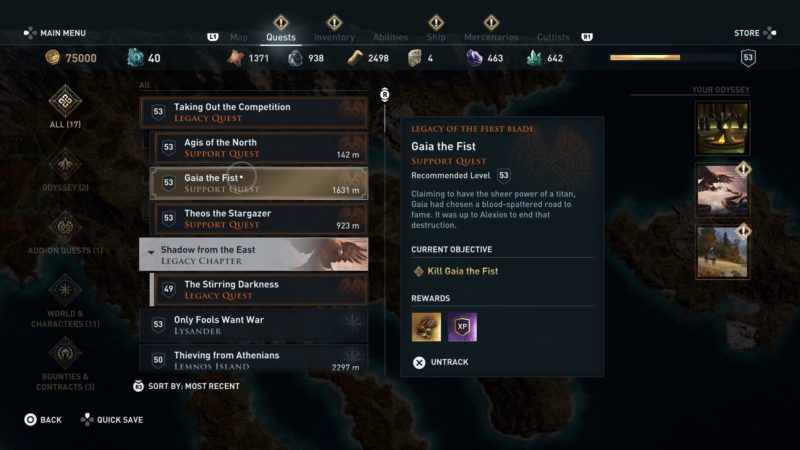 He is located in the Triple Peninsula of Chalkidike, near the port. 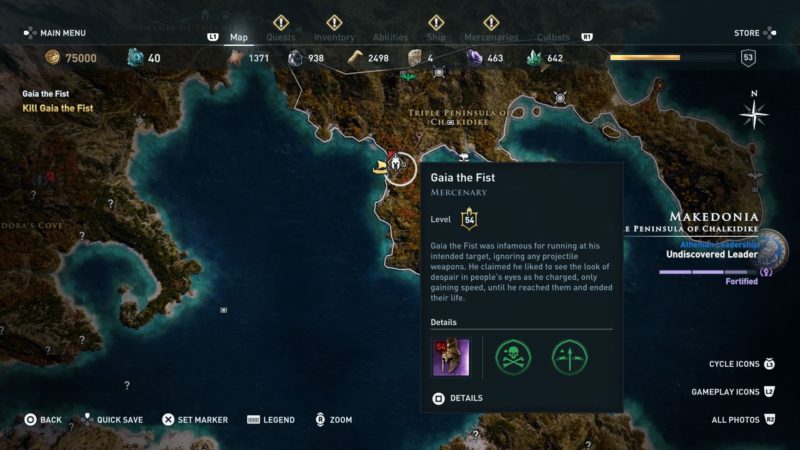 Gaia the Fist will be one level higher than you. Like all mercenaries, their HP is much higher than the ordinary soldier.

Then again, it’s pretty easy to kill him if you’re playing on the easy difficulty. 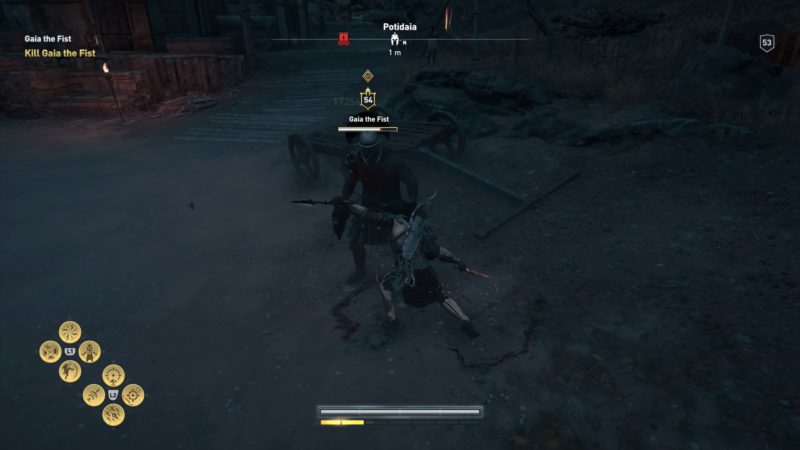 After defeating Gaia, you should get a Mercenary Helmet and other stuff. 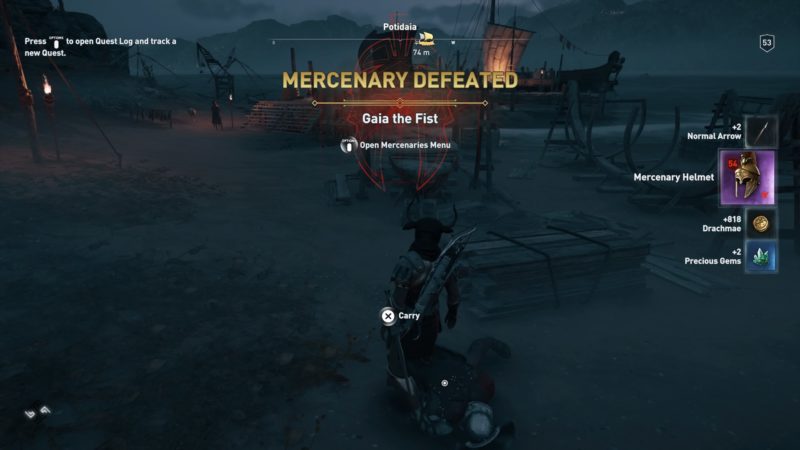 Agis of the North

Agis of the North is the next mercenary you can kill. 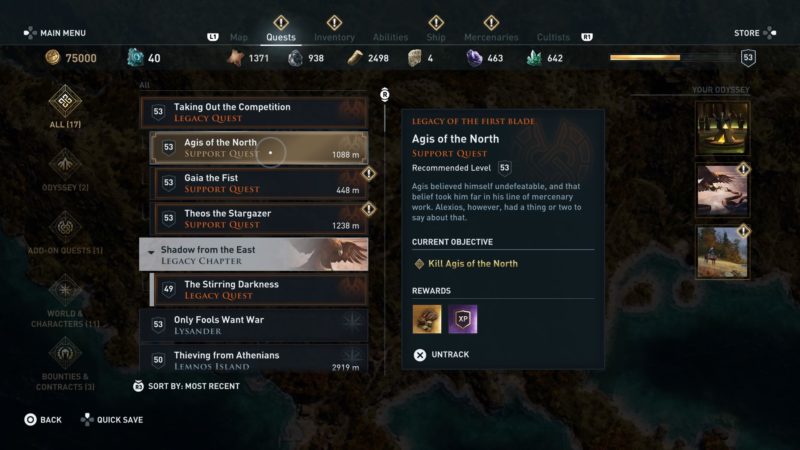 His location is in Roots of an Empire. The exact location is shown in the map below. It’s also the same area you fought alongside Brasidas in the main story. 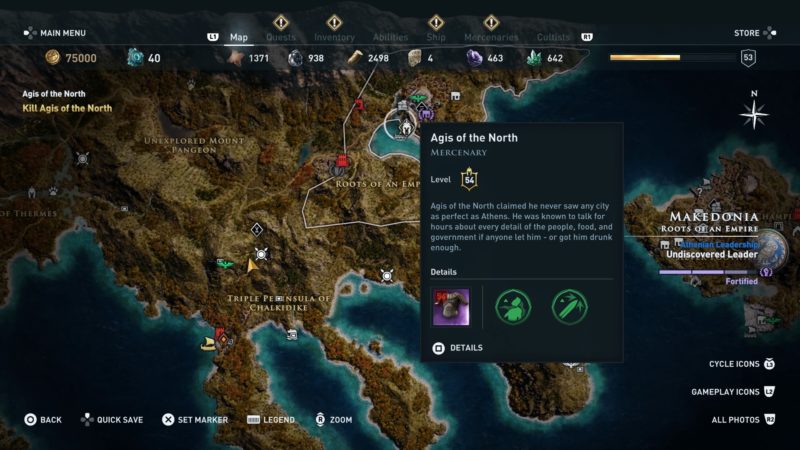 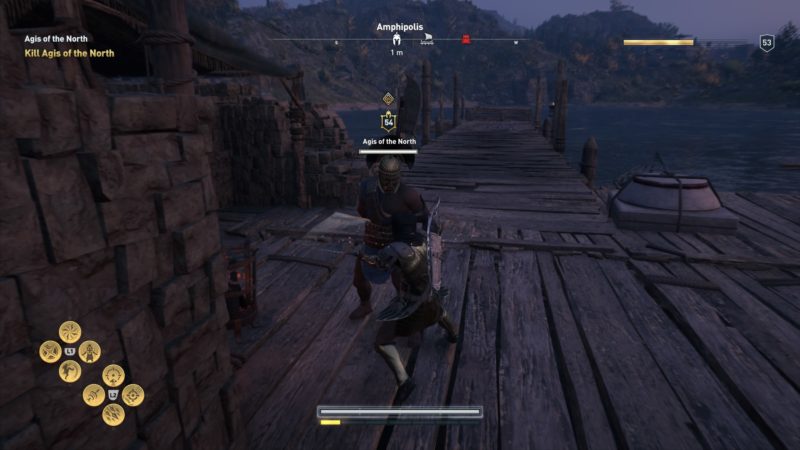 Agis of the North is also a higher level mercenary. You should earn a Persian Warrior Armor, with drachmae and other stuff after defeating the mercenary. 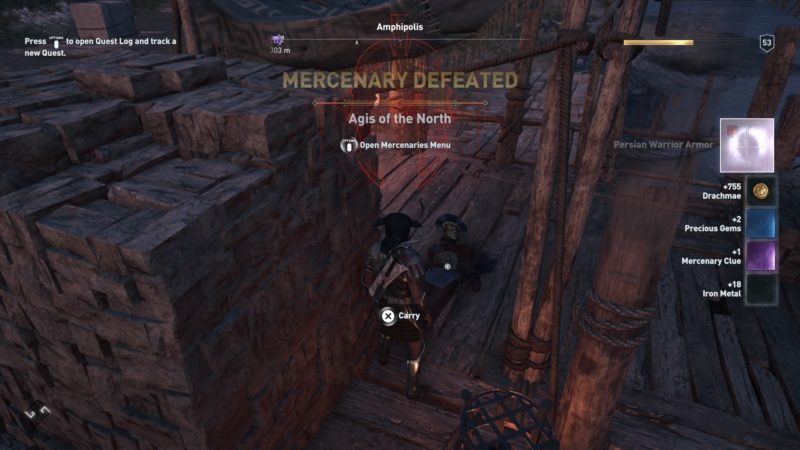 The last mercenary of the trio is Theos. 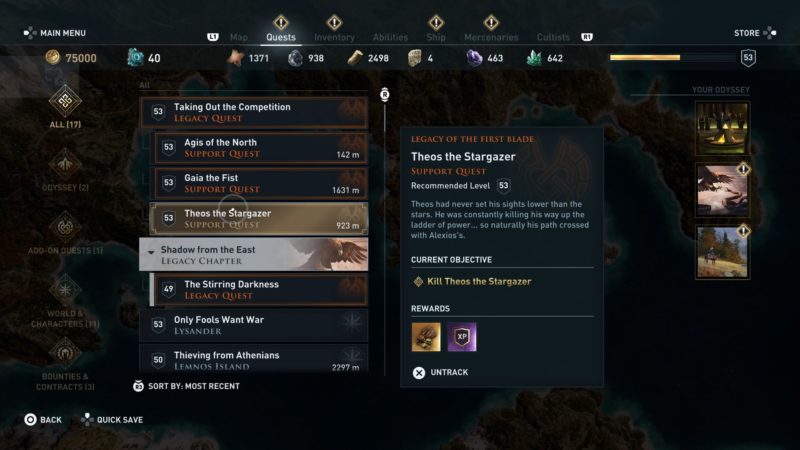 You can find Theos in the exact location shown in the map below. He’s not beside any fast travel point, so you need to travel for awhile. 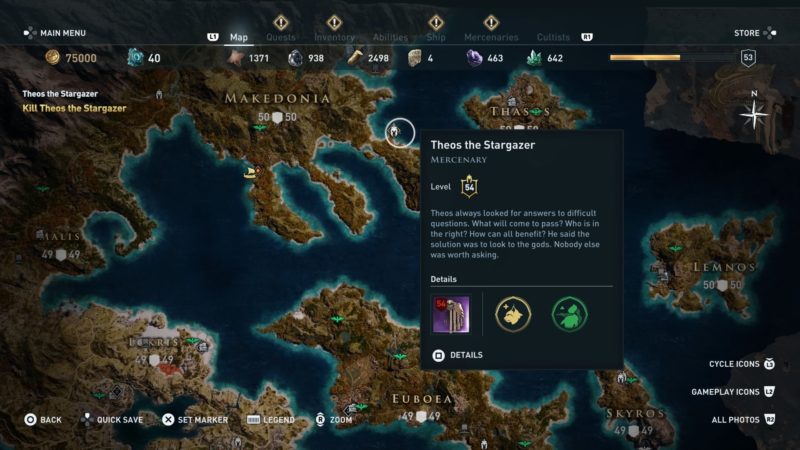 Theos is standing right beside the sea / ocean, “gazing at the stars”. 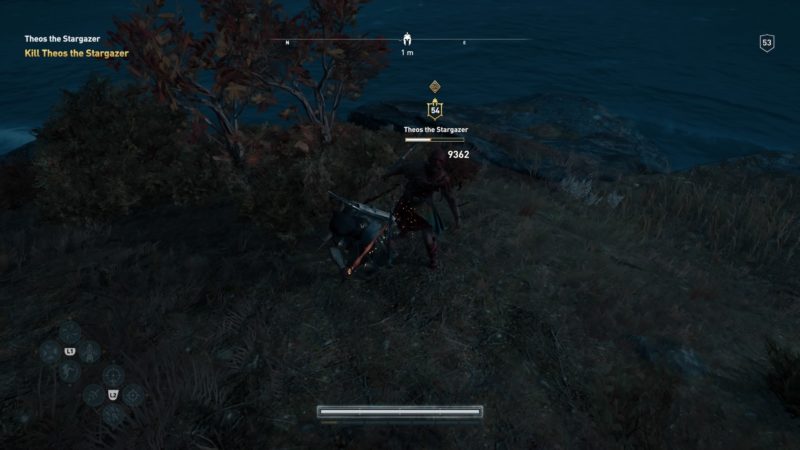 After defeating the mercenary, you will gain some items as well. 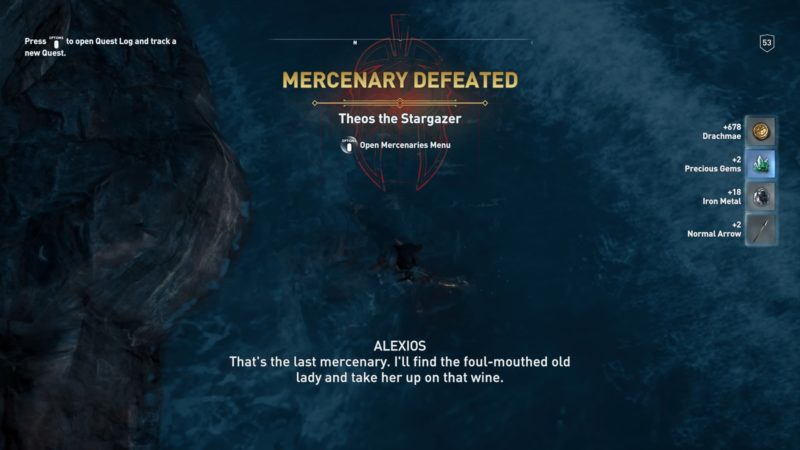 Get back to the old woman earlier. 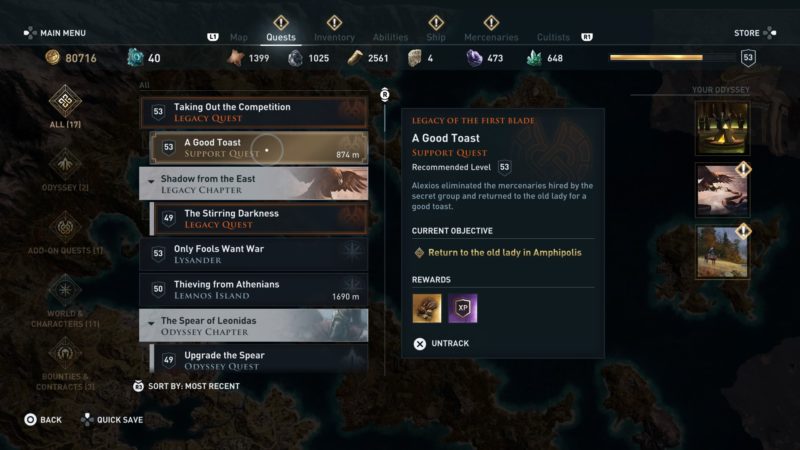 You can find her in Amphipolis. Her exact location is shown in the map below, marked as the quest symbol. 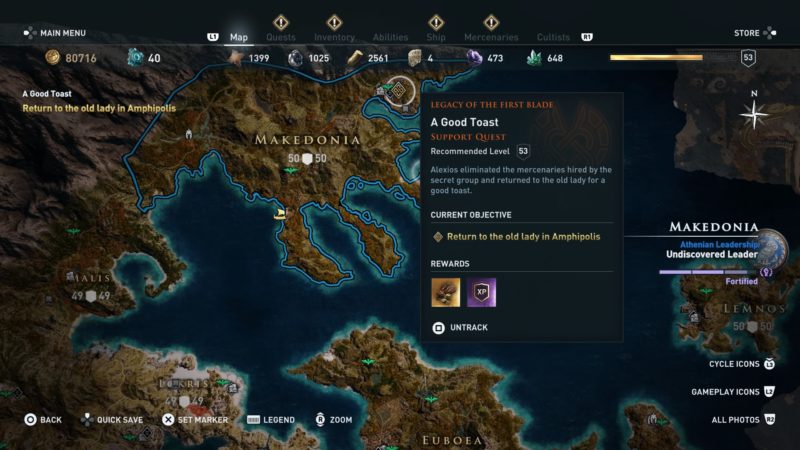 As you get there, you’ll notice that she’s already dead. 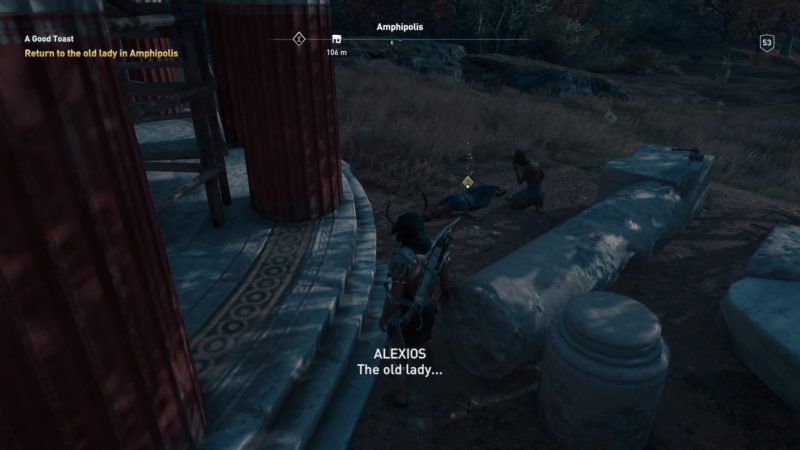 Interact with the dead body, and a woman nearby will tell you that a mercenary stabbed her.

Your last objective is to eliminate Exadios. You can find him about 200 meters away from the old lady. 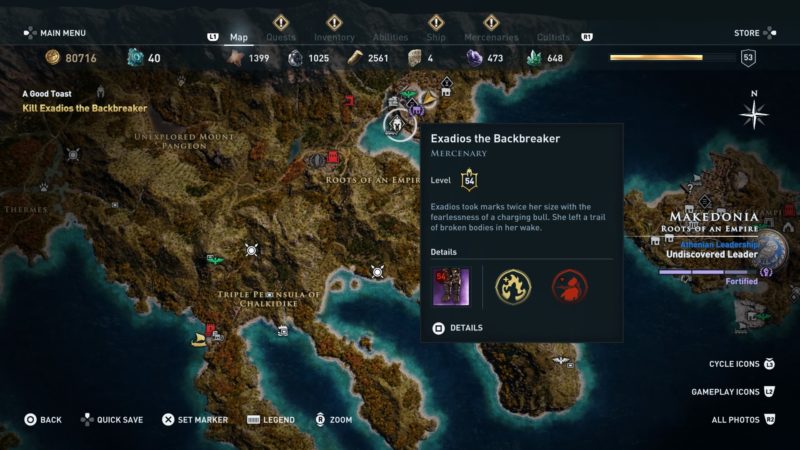 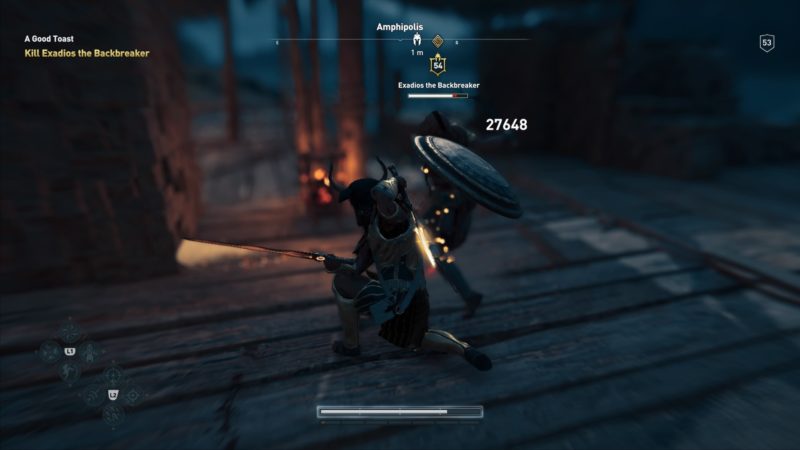 After defeating him, you should get an Ancient King’s Boots alongside other items. 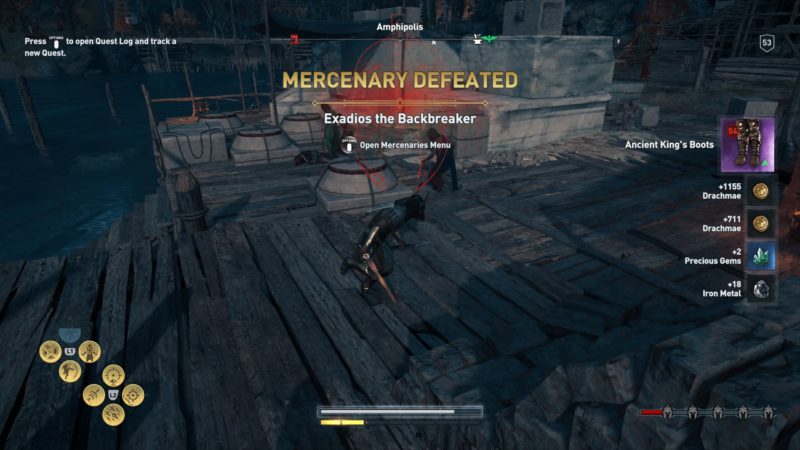 The main quest “Taking Out The Competition” ends here as well.

God Of War: The Marked Trees (Walkthrough And Guide)