Smoke And Fury is a main quest in the latest DLC in Assassin’s Creed Odyssey.

Your task is to cause fire at the lumberyard to draw out the Order guards and find Amorges.

Here’s a walkthrough of Smoke And Fury in AC Odyssey. 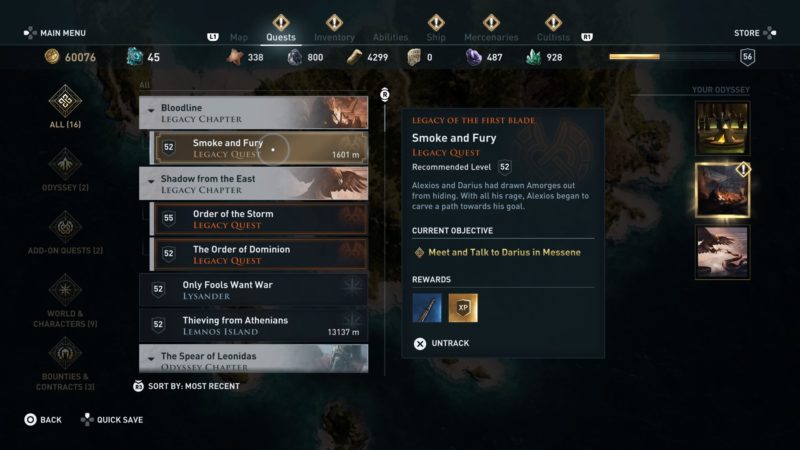 Meet and talk to Darius

Your first objective is to find Darius and talk to him at Messene. 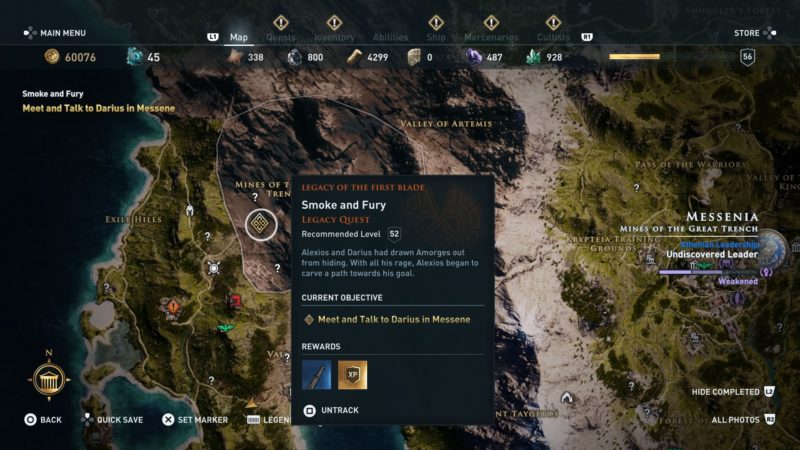 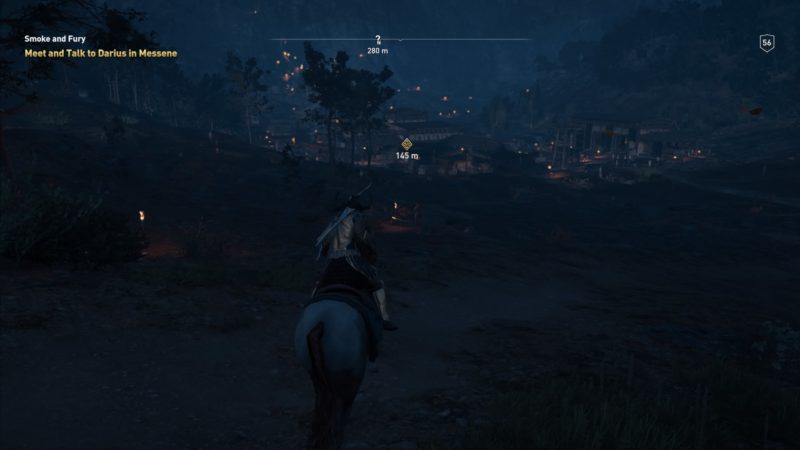 He’s at the same house you met him earlier. This time, the Athenian General is also here. 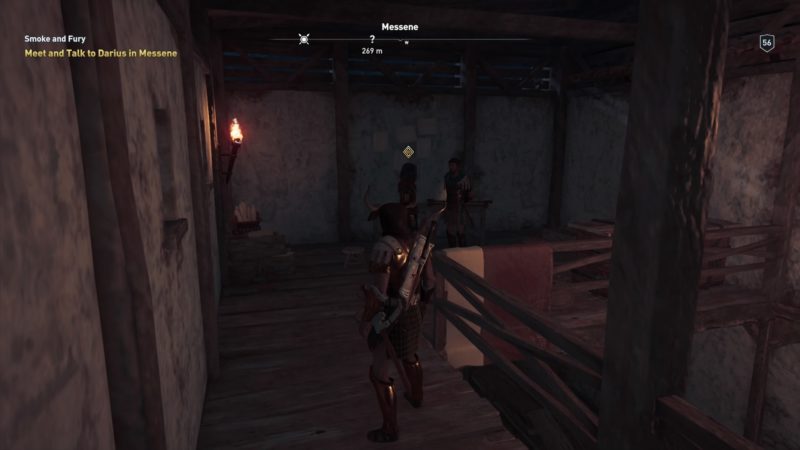 They will come up with a plan to draw out Amorges. 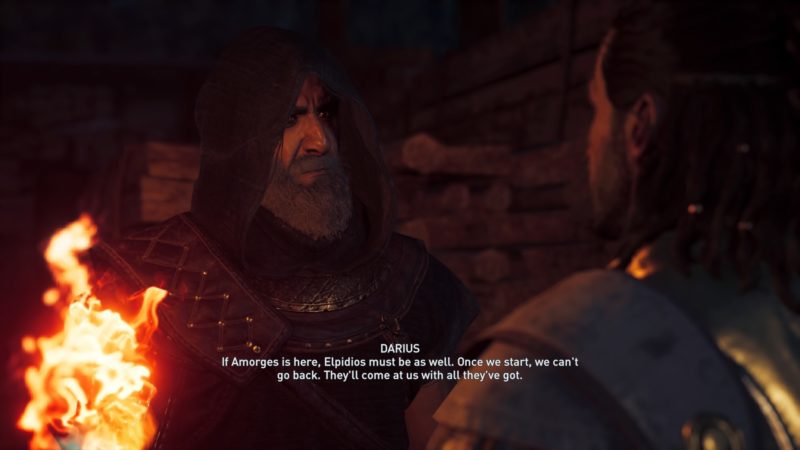 Kill the soldiers approaching the lumberyard

Alexios will start the fire during the cutscene.

Now, you have to kill the soldiers that are coming to the lumberyard. There are three of them from different directions. 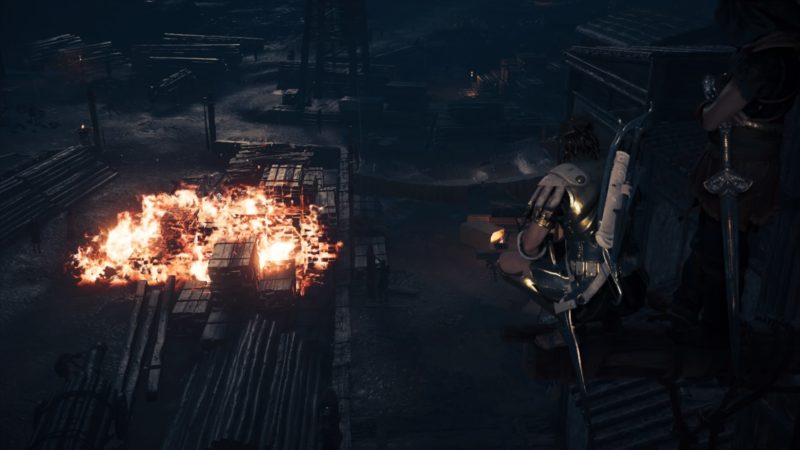 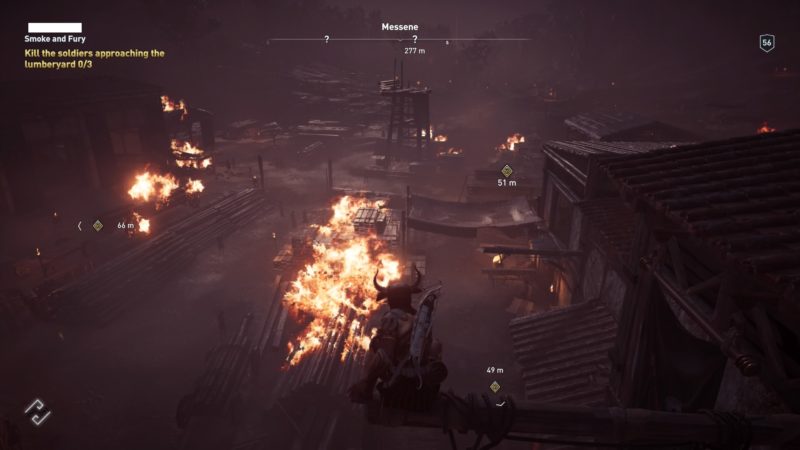 You can stealth kill them from above or from behind as the smoke is quite thick. 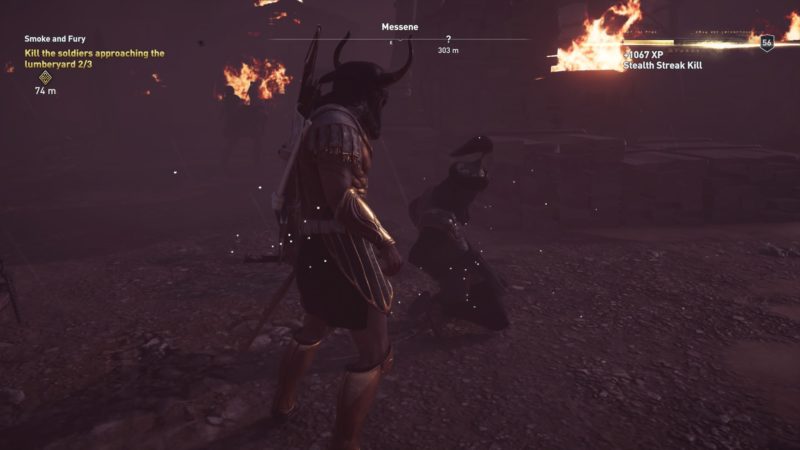 After you’re done with the 3 soldiers, look for Darius at the exact location shown below. 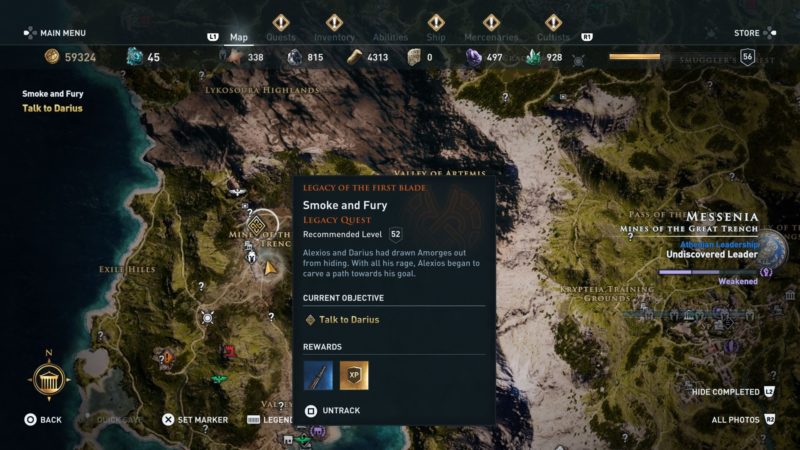 Talk to him to proceed. 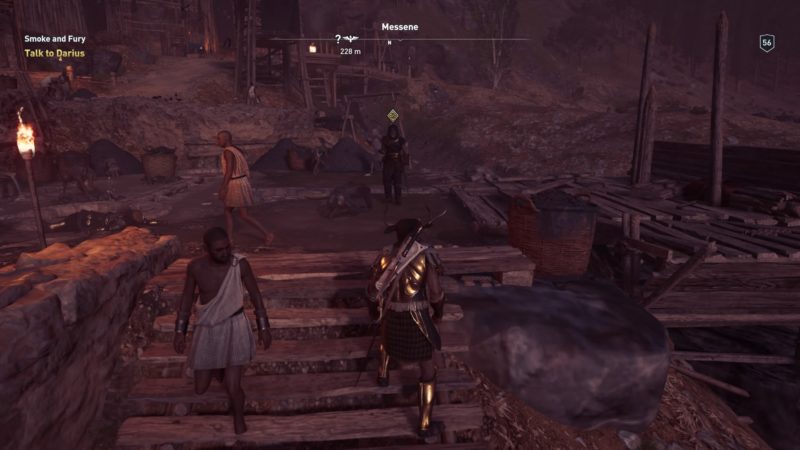 Darius will take care of the Order guards while you look for Amorges.

According to one of the Order guards, Amorges is hiding in the mine. The mine is located just ahead, as shown in the map. 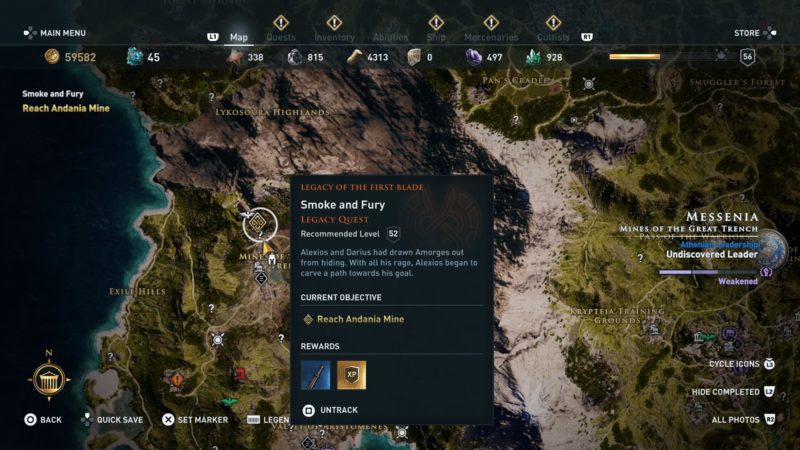 You may meet guards on the way but you don’t have to kill them. 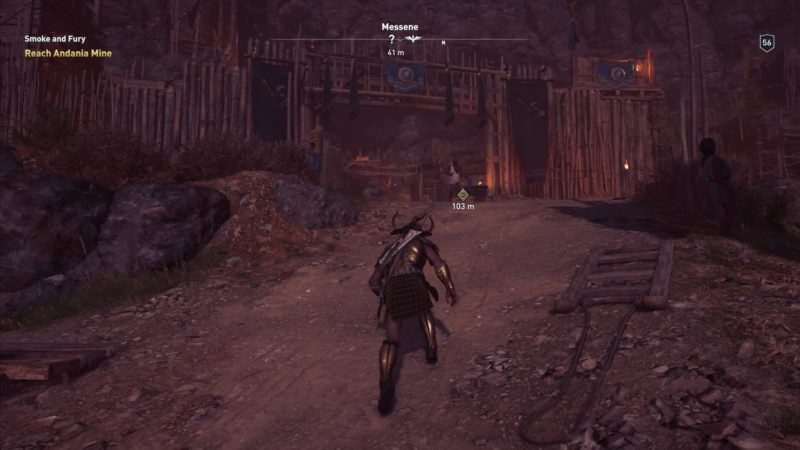 Get into the mine. 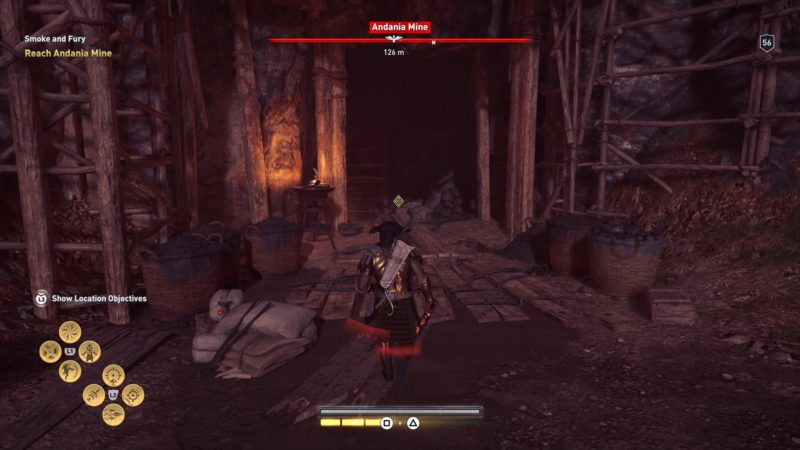 Keep walking until you find a huge golden chest in the mine. A cutscene will load. 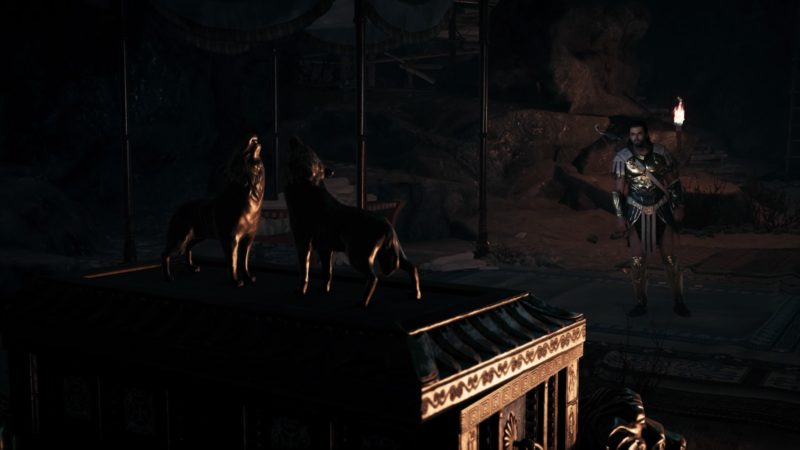 As I killed Gergis in the previous quest, the Order scribes will avenge his death. If you had spared him, I’m not sure what the outcome would be. 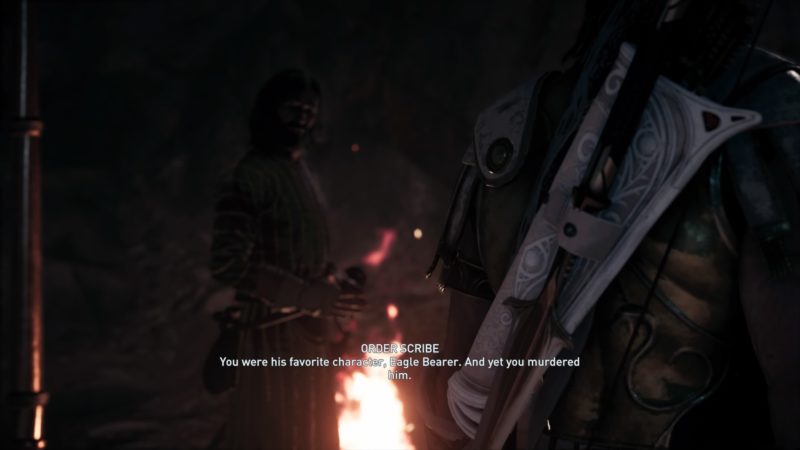 The three of them will attack you, but they are relatively weak. You can kill them easily. 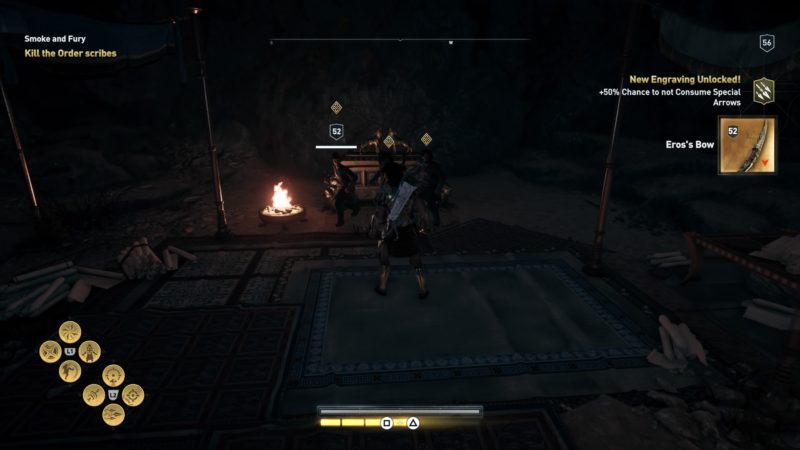 After defeating them, the quest completes. You will get an Order Scribe’s sword. 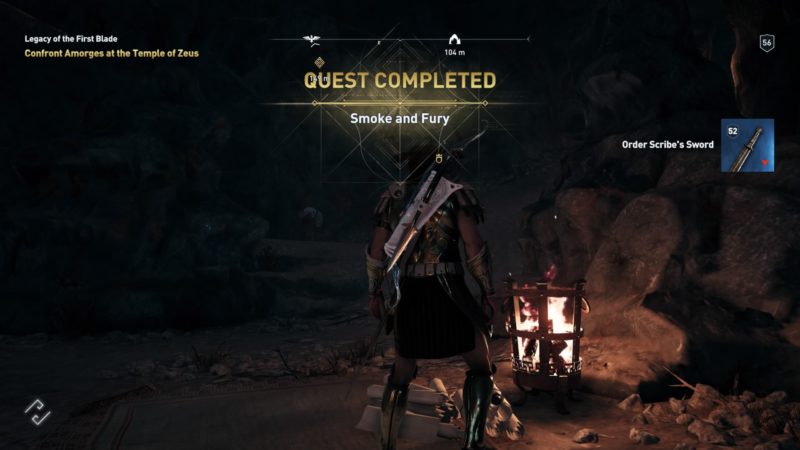 AC Odyssey: The Ordering Of The Kosmos (Walkthrough)