Shadow of a Legend is a main quest in Assassin’s Creed Odyssey’s latest DLC “Legacy of the First Blade”.

Your task is to follow a group called the Order to find out what they’re doing in Makedonia.

Here’s a walkthrough of Shadow of a Legend in AC Odyssey. 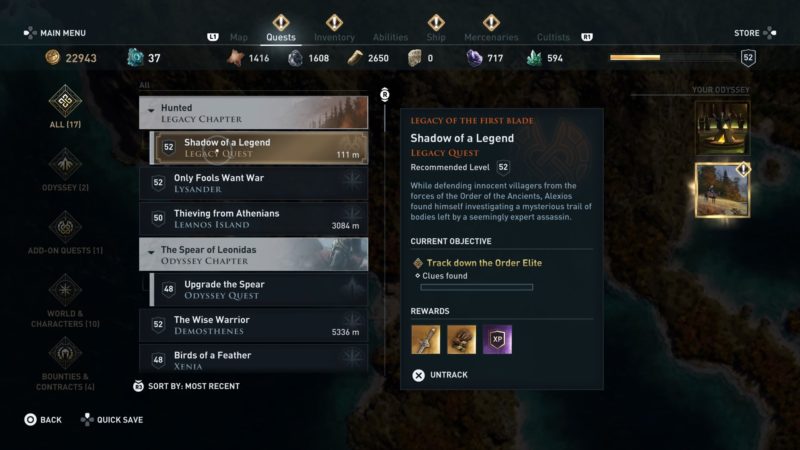 Track down the Order Elite

Continuing from the previous quest, you have to track down the Order Elite to see what they’re up to.

Get to the location shown in the map below, marked as the quest symbol. 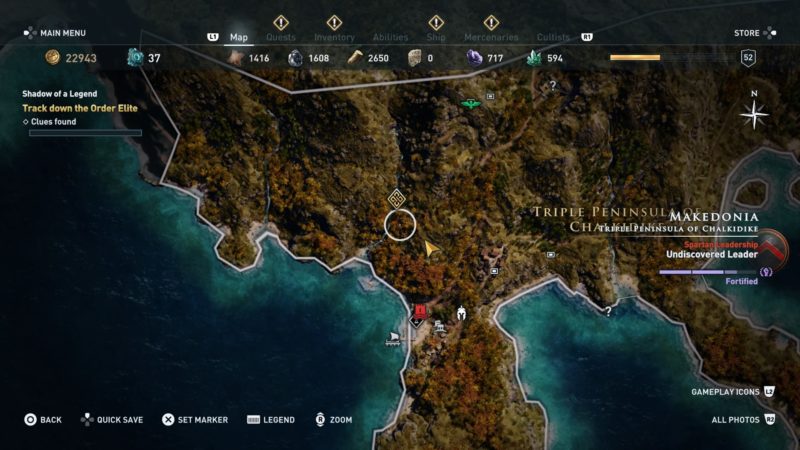 On the way there, you should discover a clue. Interact with it and it will lead you to the river. 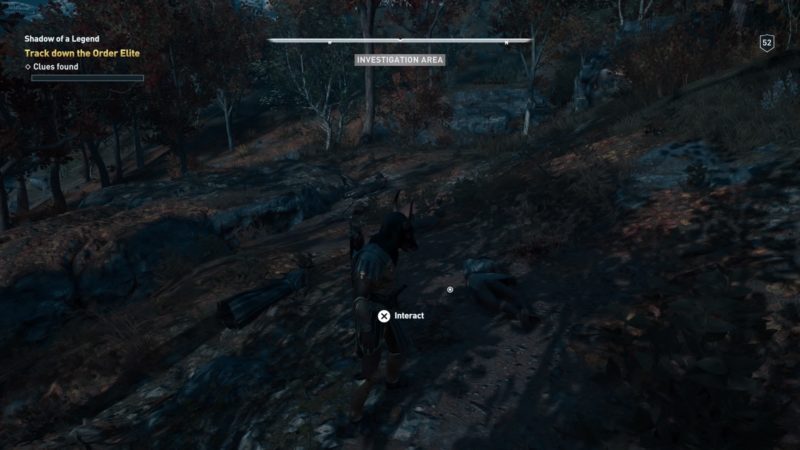 There’s another clue as you reach the river. 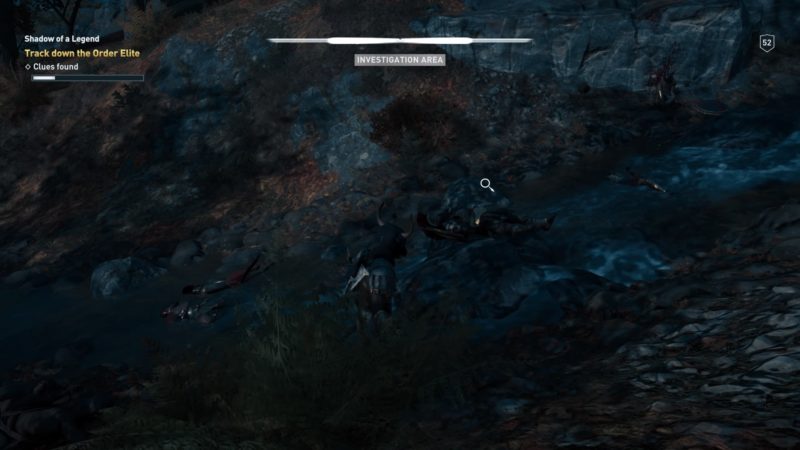 You will find all remaining clues on the way up. 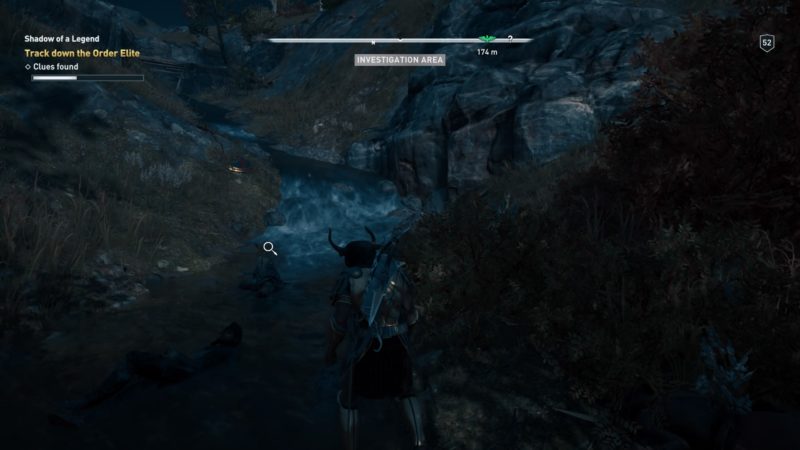 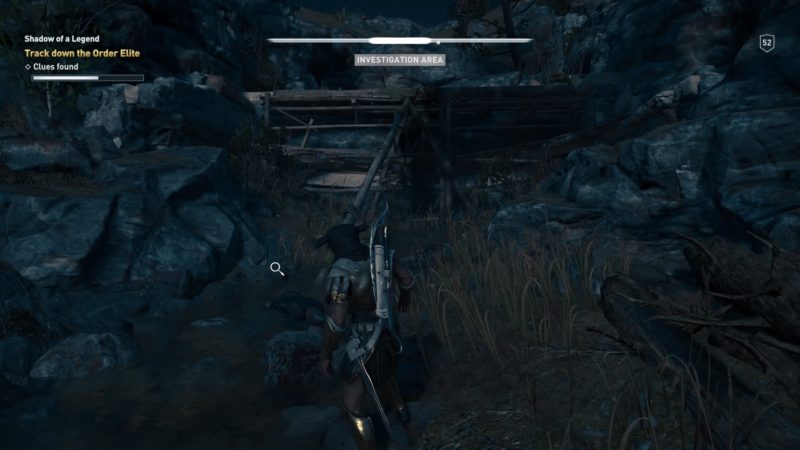 After interacting with the fifth and last clue, a cutscene will load. 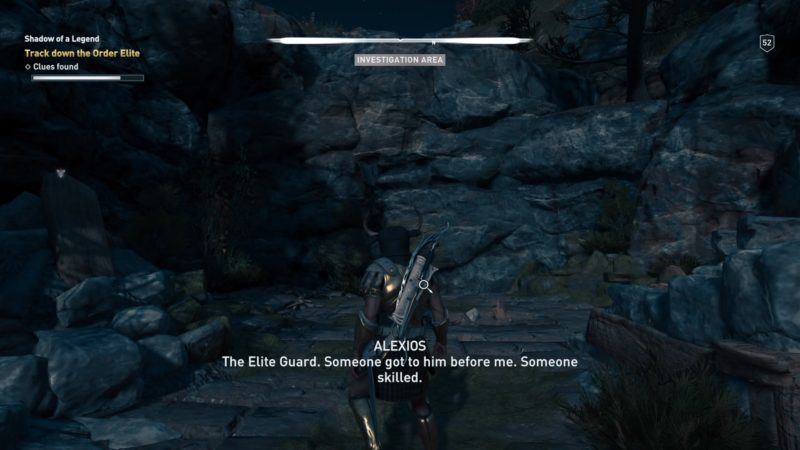 You will be attacked by a mysterious assassin. 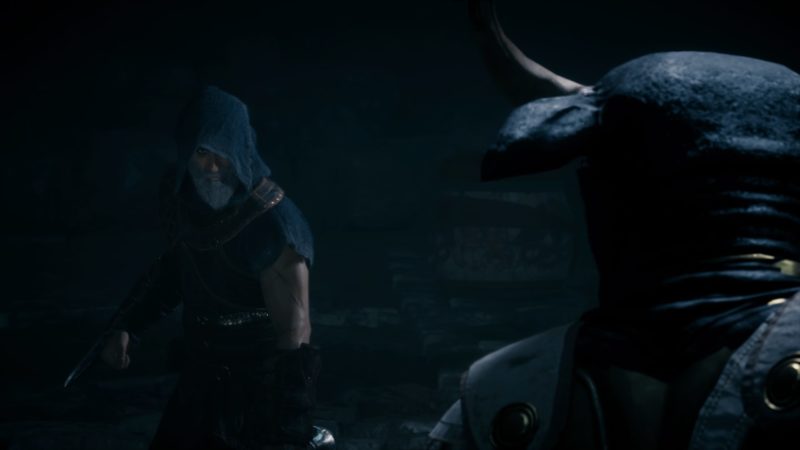 This mysterious man is quite strong, so do try to not get killed.

Like other bosses, keep hitting and avoiding his attacks. Use the ‘overpower’ skill if possible. 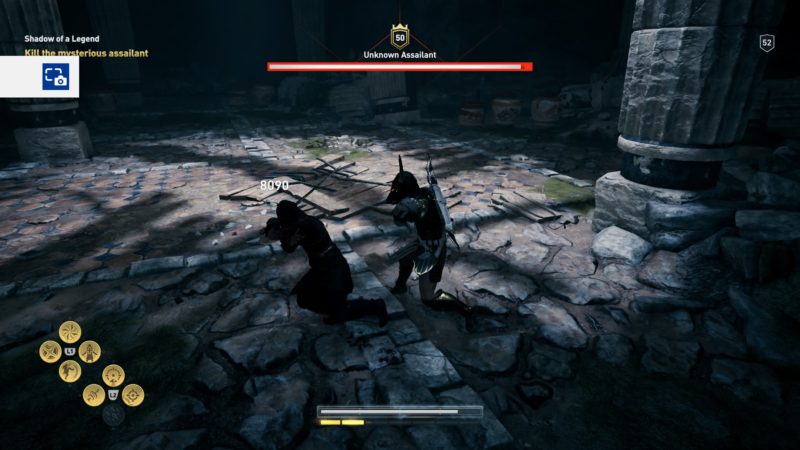 Rinse and repeat until his HP goes to zero. 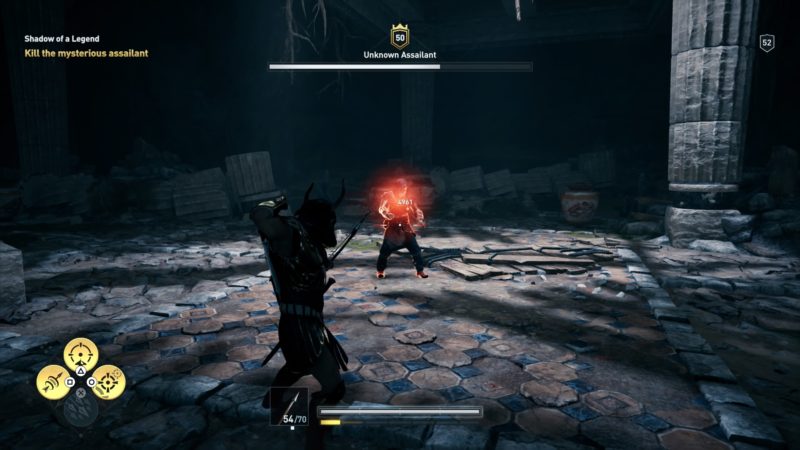 A cutscene will then appear which shows that this man is actually the father of the lady earlier. By the way, the lady’s name is Neema.

She will then ask you to meet them at their hideout.

Get to the location shown in the map below. 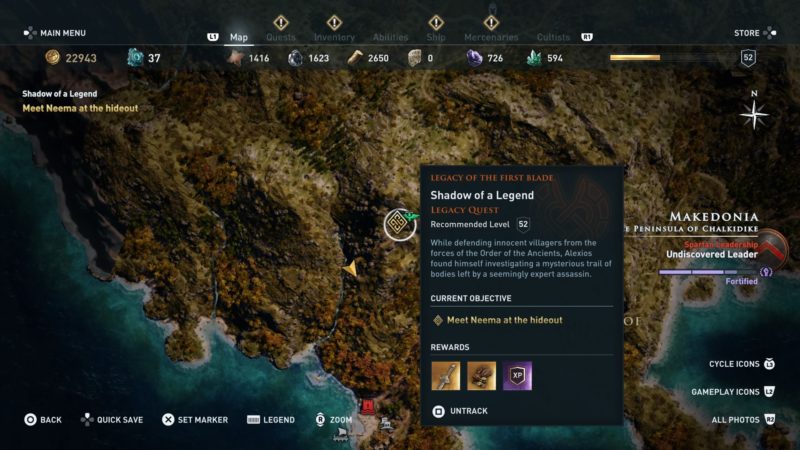 This is the entrance of the hideout. 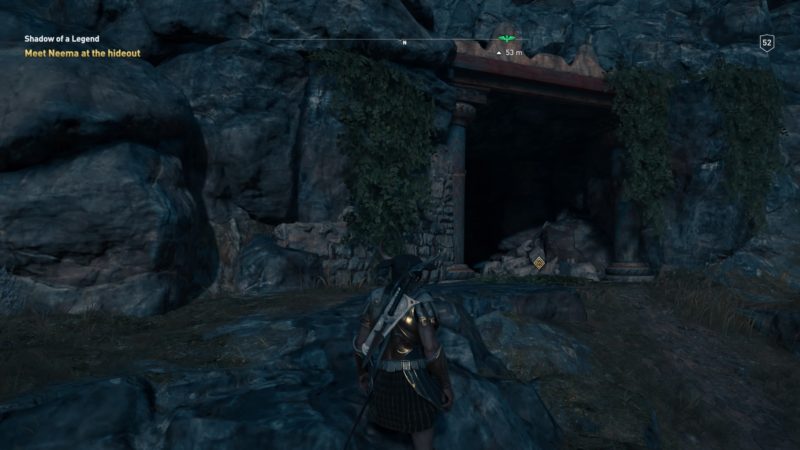 As you walk in, you should hear the two of them talking. 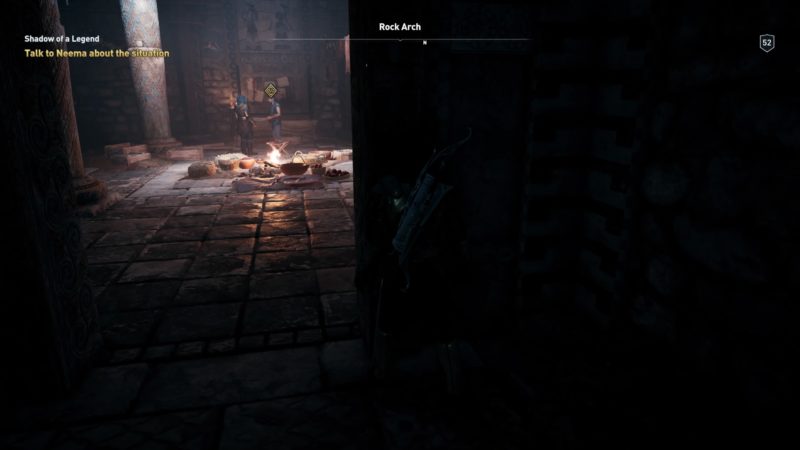 During the cutscene, the mysterious man (Darius) will then tell you his story on how he killed Xerxes. 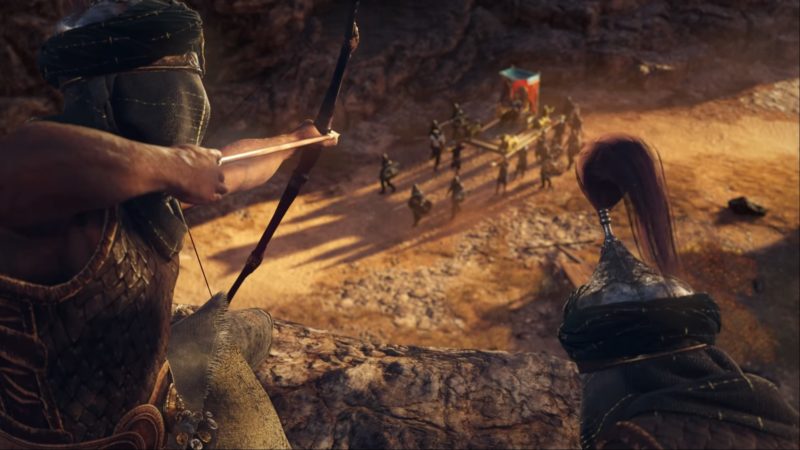 Whether that’s true or not, it is to be discovered later. 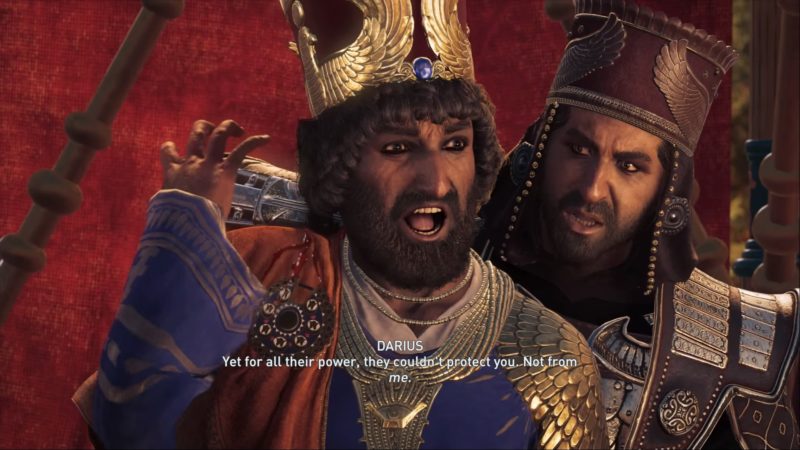 The quest completes here and you should get some drachmae. You will also be given ancient clues. Grab the clue on the wall as well.

These clues are to unveil who the members of the Order are. It’s similar to the cult of Kosmos.

In the cultist menu, you will then have an option to view the members of the Order, similar to how you view the cultists of Kosmos. 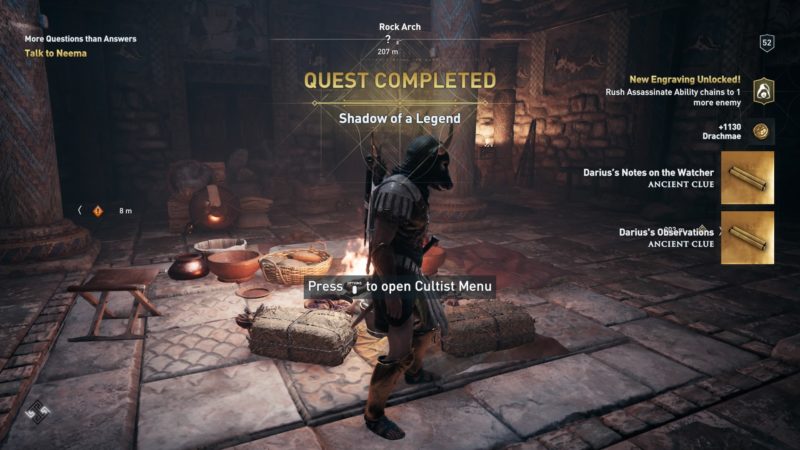 How To Start Playing Legacy Of The First Blade