Prodigal is a quest in Assassin’s Creed Odyssey under the Legacy of the First Blade DLC.

Your task is to help defend a village and its villagers from external threat by the Order.

Here’s a walkthrough of Prodigal in AC Odyssey. 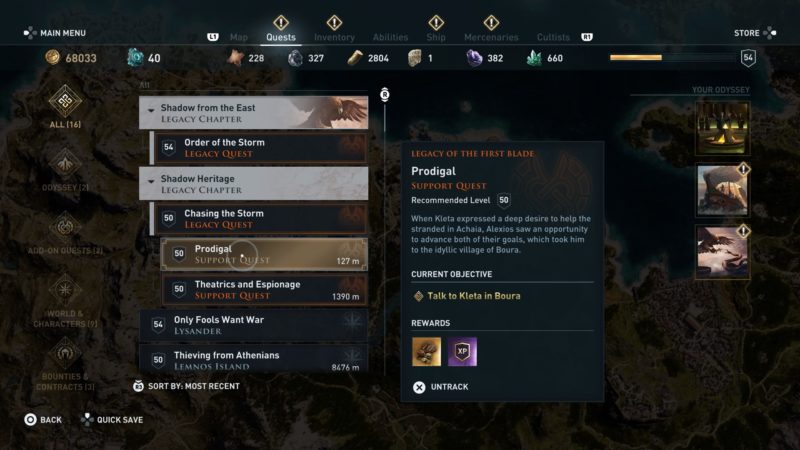 To begin this quest, talk to Kleta who is in Boura. 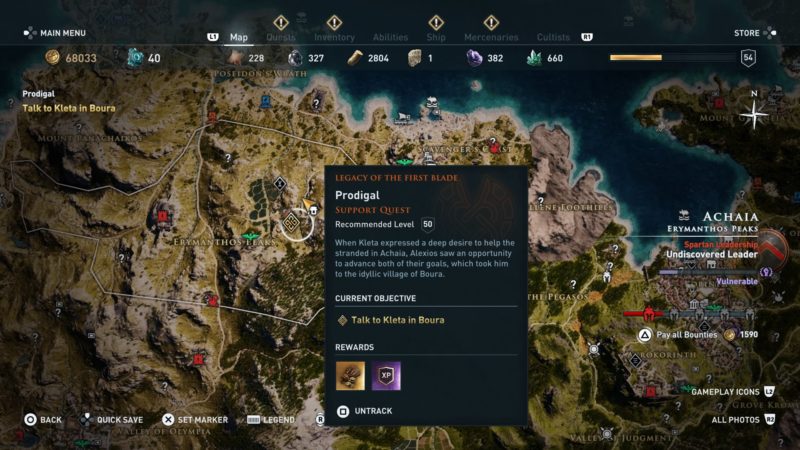 You should find her in a dark alley. Talk to her. 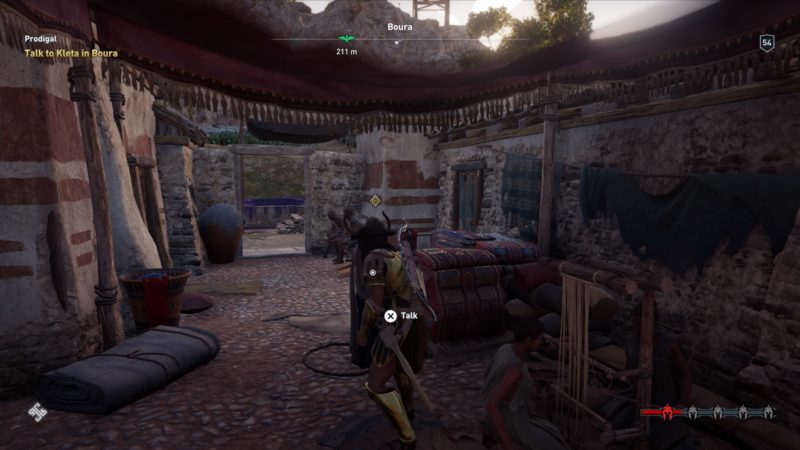 Kleta will then tell you that Orontas may need help.

You can find him in the exact location shown in the map below. 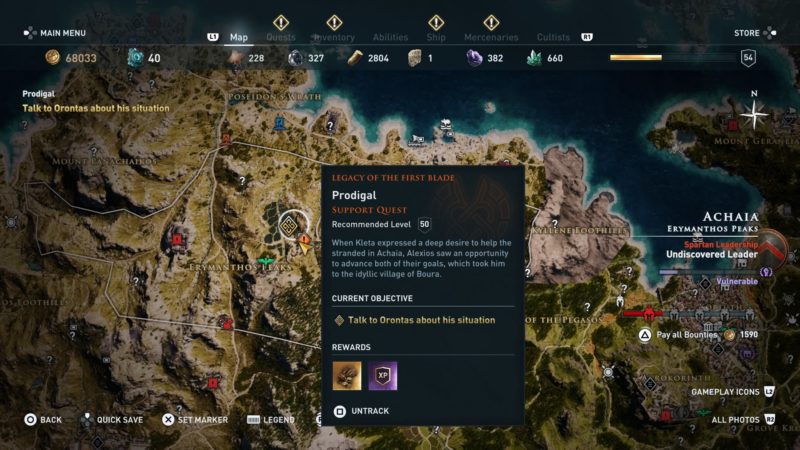 You should see him overlooking the vast plantation. 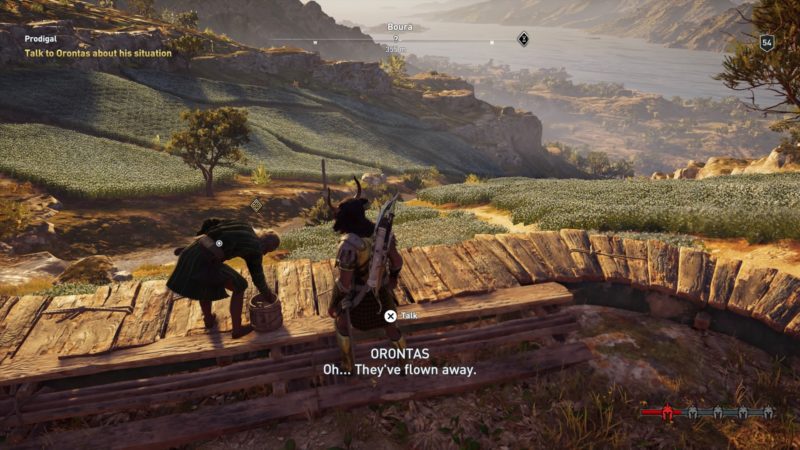 Talk to him and a cutscene will load. During the cutscene, you will see some guards looking for you. 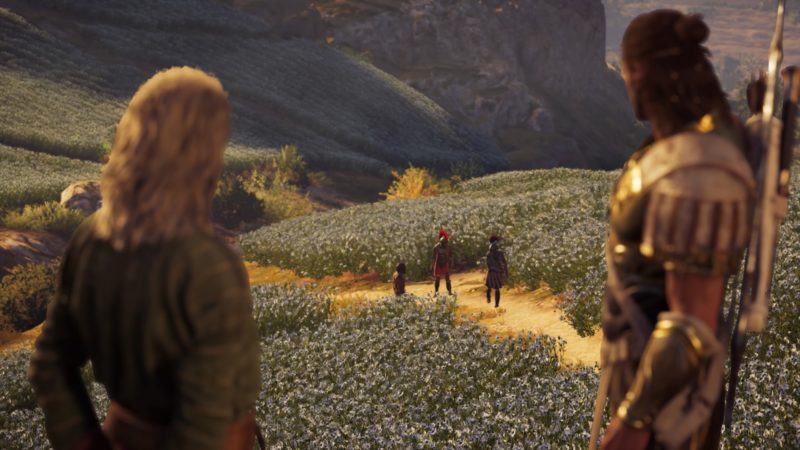 Defend Boura from the soldiers

Your main objective is to defend Boura from these soldiers. There will be quite a number of them heading towards the village.

You can hide in the tall crops for some stealth kills, or you can just defeat them openly. 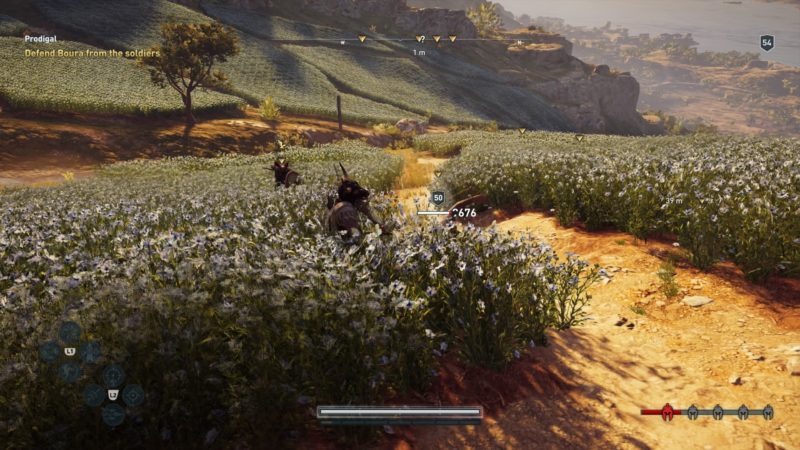 It doesn’t really matter how you kill them. After you’re done with the first group, another will come.

This time, they are all on horses. Kill all of them as well. 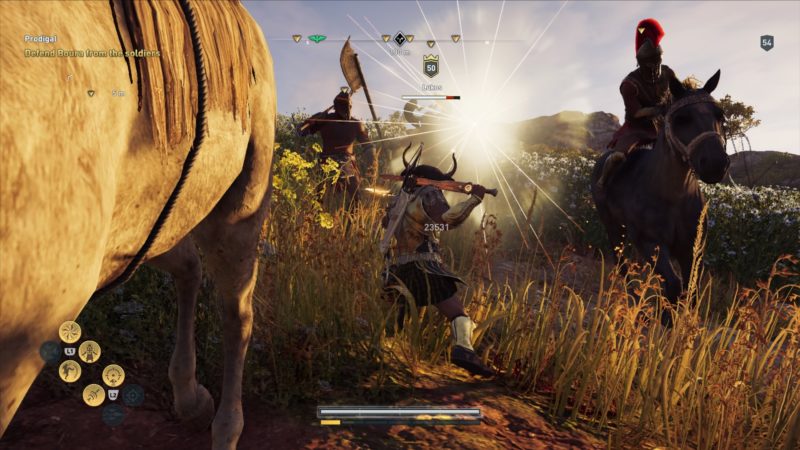 Once you’re done, get back to Orontas in the location shown below. 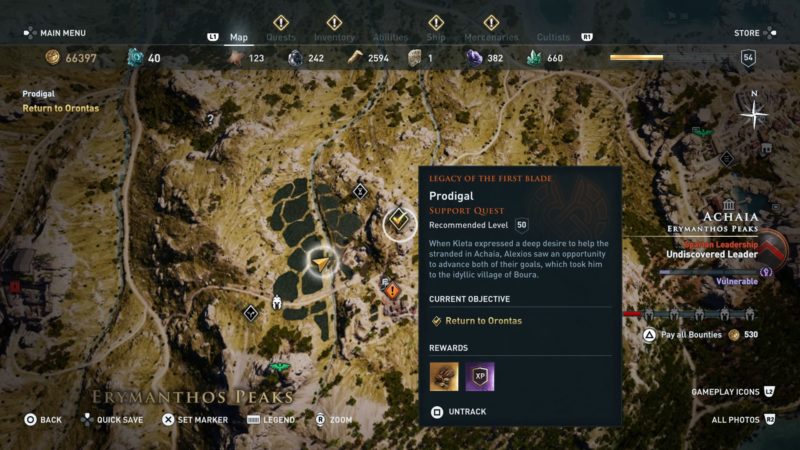 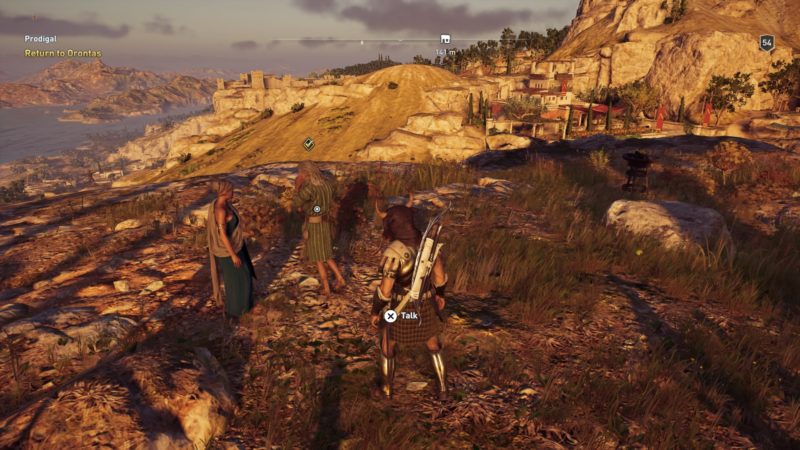 The quest Prodigal completes here and you should earn some drachmae.

You will also get a clue on the Order’s members. 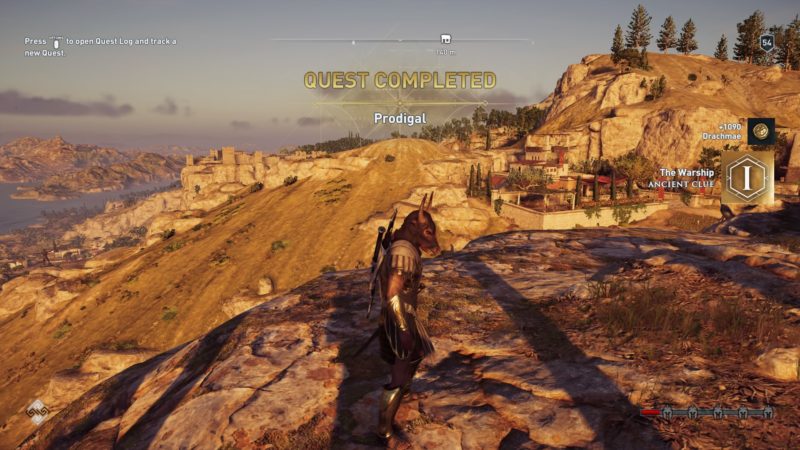