Leviathan’s Maw is a main quest in the DLC of Assassin’s Creed Odyssey.

Your task is to defeat the Tempest and her ships using the Adrestia in a naval battle.

Here’s a walkthrough of Leviathan’s Maw in AC Odyssey. 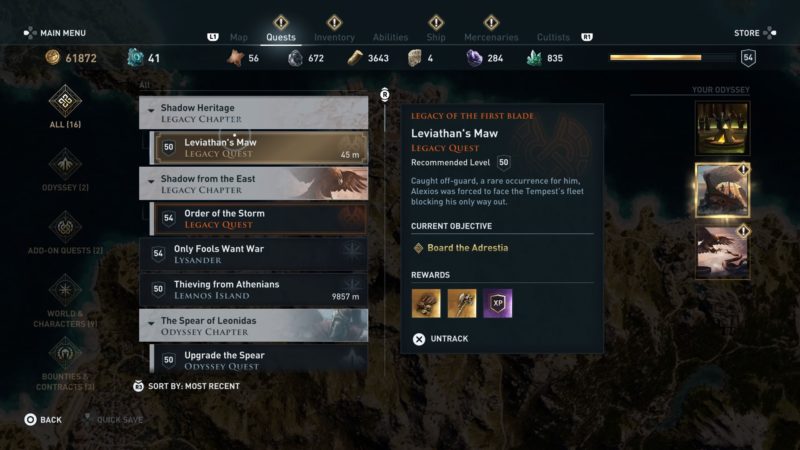 This quest is recommended for level 50 and above, but it changes according to your level.

Your first objective is to defeat the Tempest’s fleet. You can see their locations in the map below, marked as the quest symbols.

There are four ships to be exact. 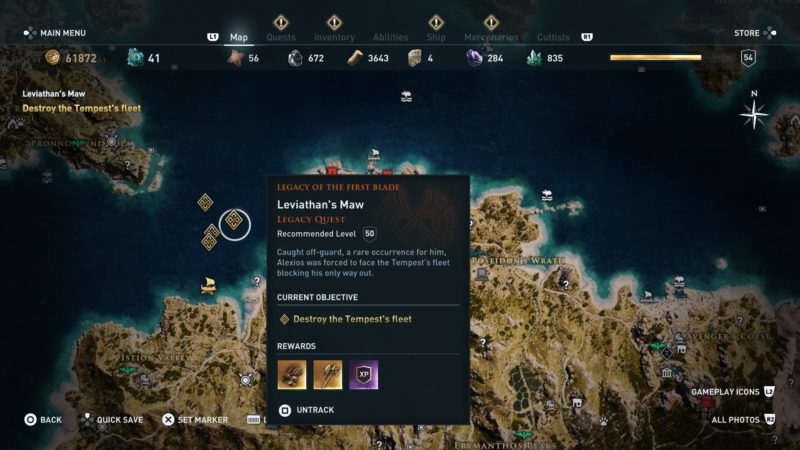 If you had done the quest Tides Of War, it should be easier as you have the Chimera’s breath (flamethrower). 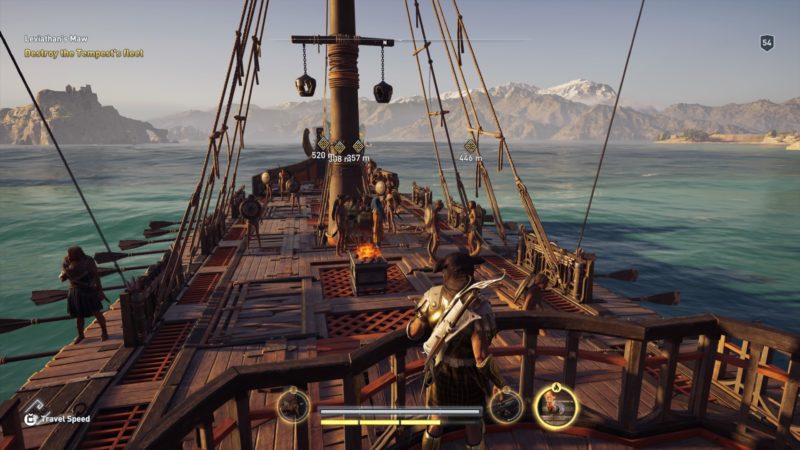 Just go near the ships and hold R2 to breathe fire. It uses up your yellow bar though. 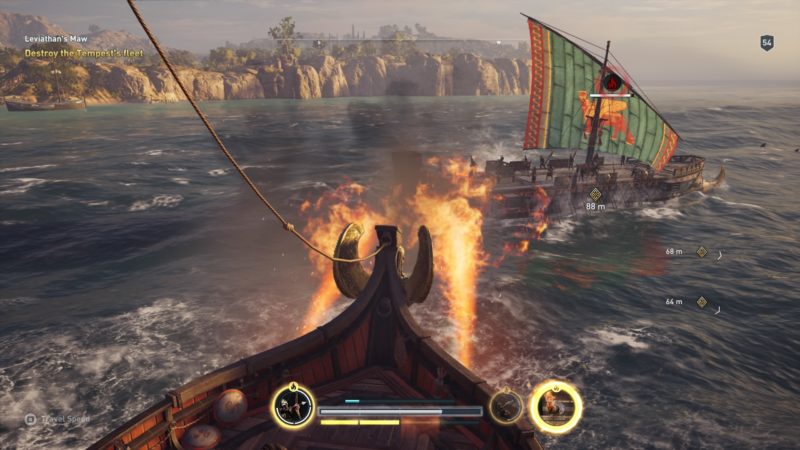 The whole ship will be on fire if you use that skill. 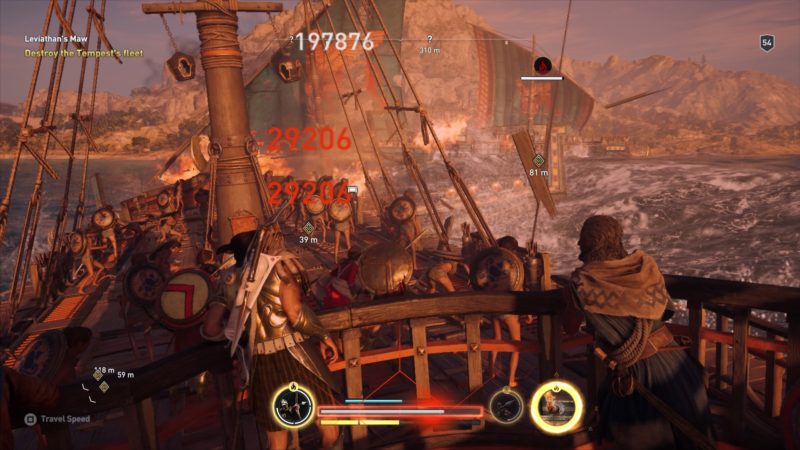 After reducing their HP to zero, you can board the ship to defeat the soldiers individually.

By doing so, your ship will restore its HP by a good amount. 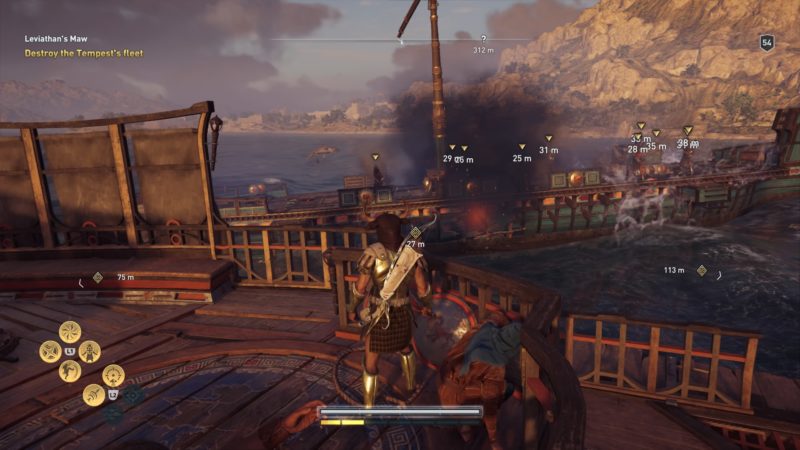 It’s one way I kept alive in this battle, since four ships were attacking at the same time. 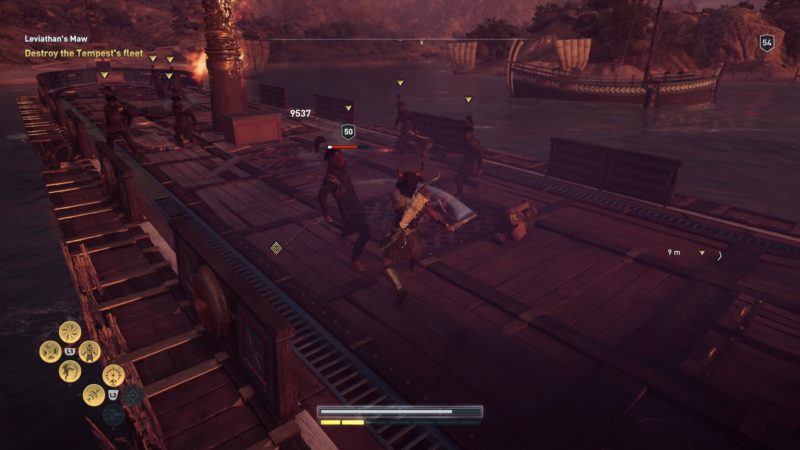 After defeating all four ships, the Skylla will come. The Skylla is the ship owned by the Tempest.

She will arrive with two other ships.

Once again, you need to destroy the ships. The Skylla is slightly bigger than the regular ship and probably stronger. 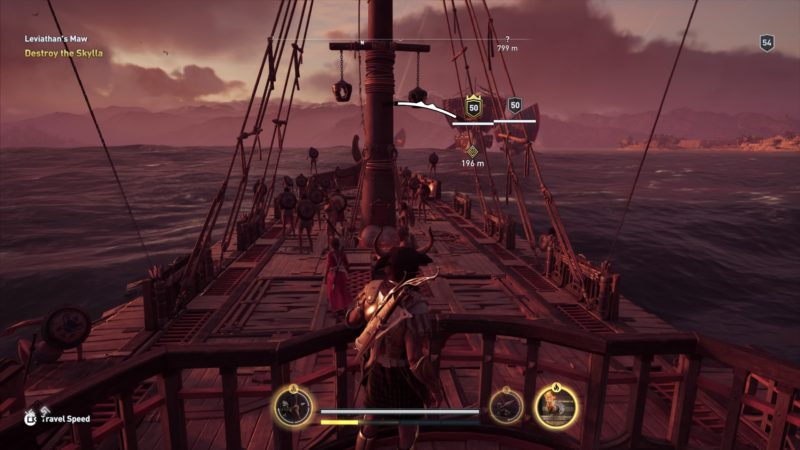 If your HP is low, just run away to recover. 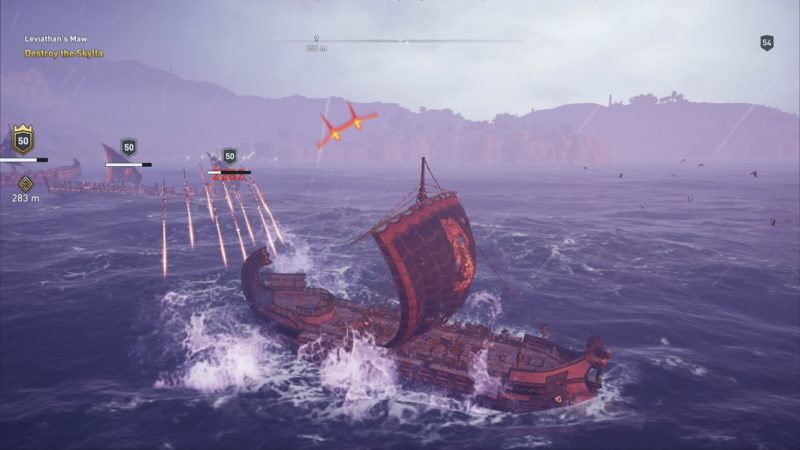 Once your HP is full, get back to destroying them using the flamethrowers and arrows. 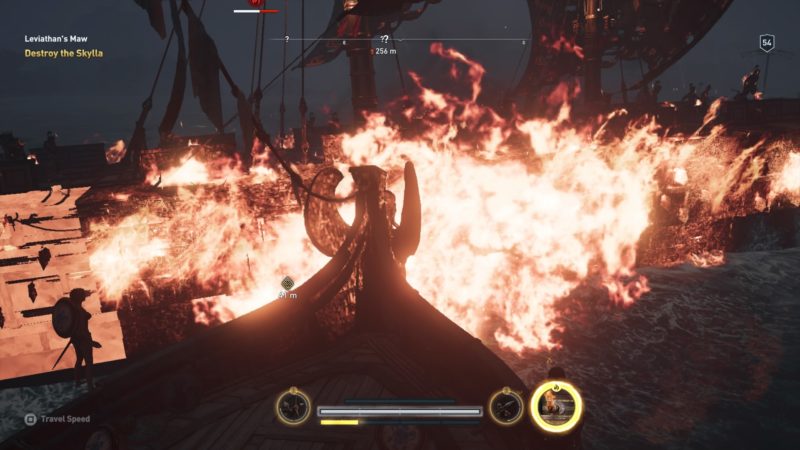 After the Skylla is destroyed, a cutscene will load.

Deal with the Tempest

The Tempest will then wash ashore, and Alexios will confront her.

During the dialogue, I chose “We don’t have to do this”. 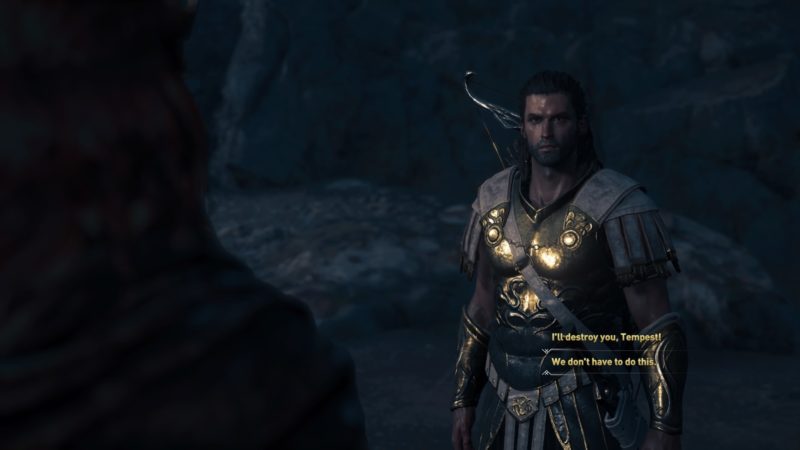 Later, Kleta appeared. I chose the option “Kleta, stay back!”. I’m not sure what would have happened if Kleta went to her.

In any case, Kleta will stay alive if you follow my options. 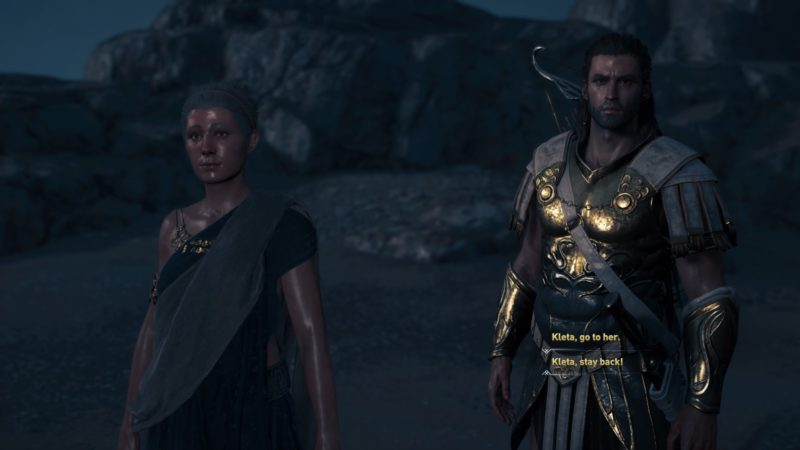 However, you need to defeat the Tempest.

The fight isn’t too tough, but you do have to avoid her attacks.

She uses a flaming sword and it lowers your HP really fast. 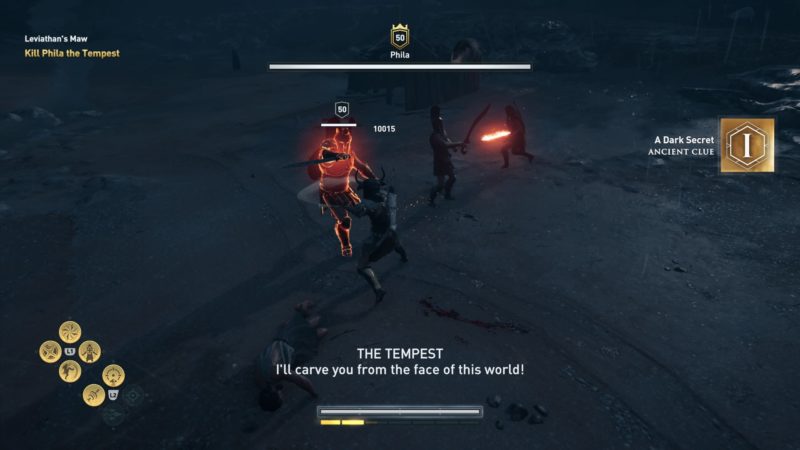 I almost died before narrowly killing her. 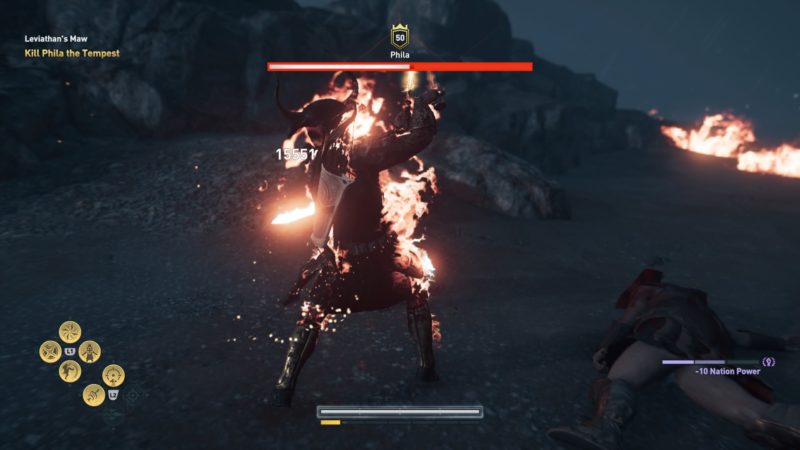 The quest completes after she died and you should get some items and drachmae. 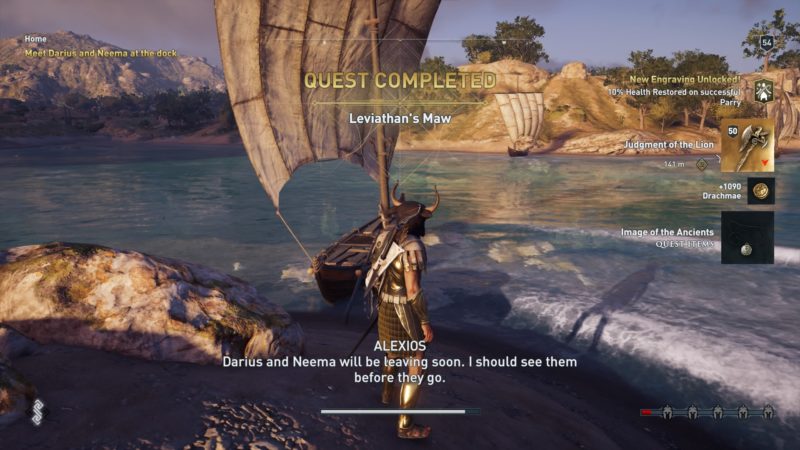 Assassin’s Creed Odyssey: The Bright One