Dead Man Rises is a side quest in the DLC “Legacy of the First Blade” in Assassin’s Creed Odyssey.

Your task is to acquire the Order Relic in a military camp and assassinate the Watcher.

Here’s a walkthrough of Dead Man Rises in AC Odyssey. 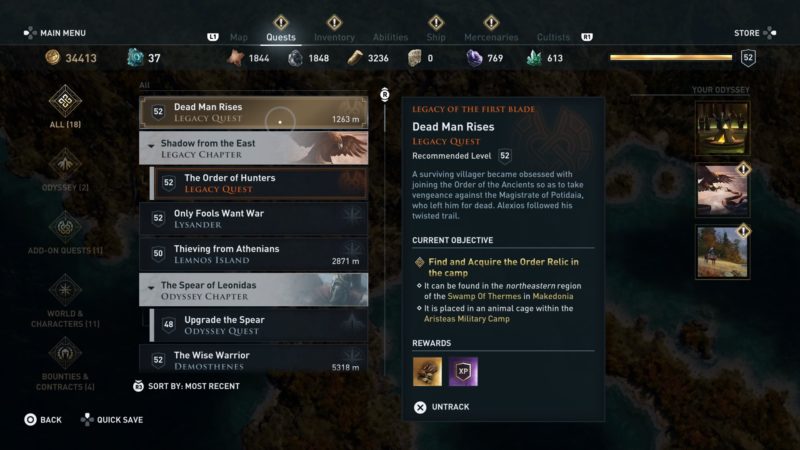 This quest is recommended for level 52 and above, but it differs according to your own level.

To begin the quest, get to the Peninsula of Chalkidike in Makedonia. The exact location is shown in the map below. 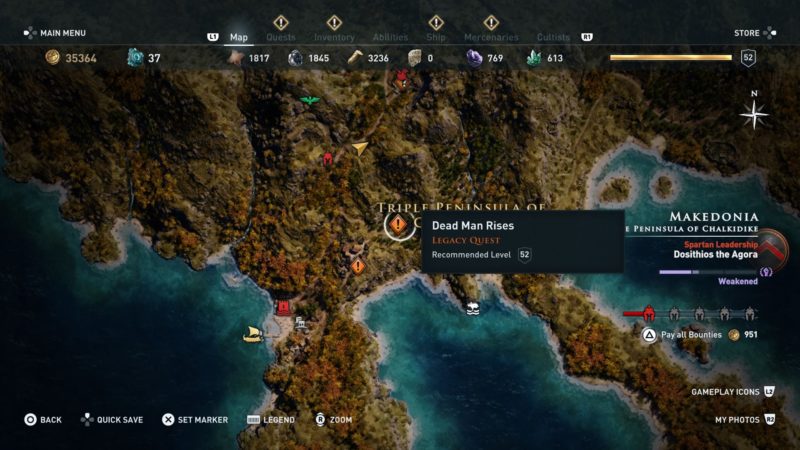 You should find an abandoned wagon. Interact with the note. 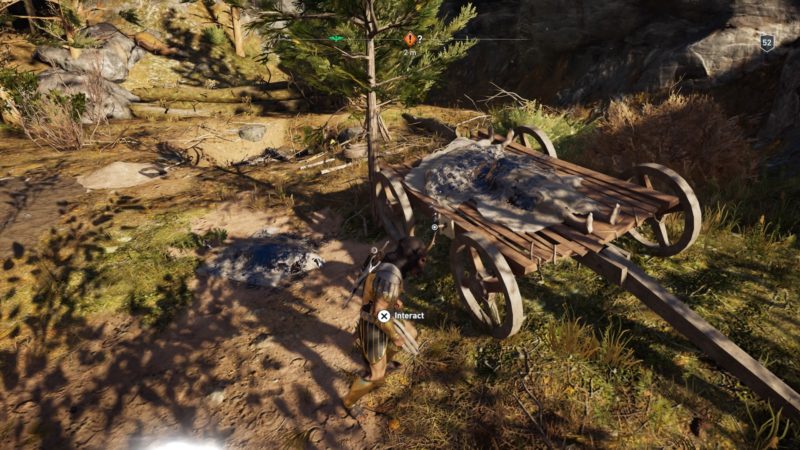 Find and acquire the Order Relic

Your first objective is to acquire the Order Relic.

You can find the camp in the exact location shown in the map below, marked as the quest symbol. 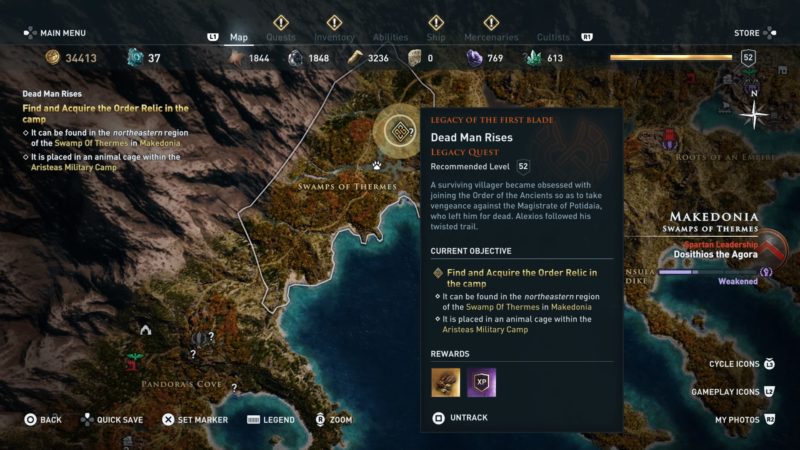 It’s inside the Aristeas Military Camp. As expected, it’s filled with guards. 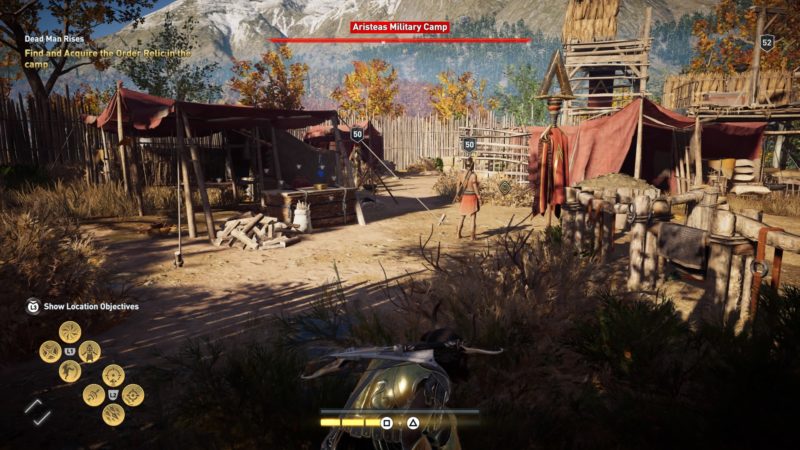 The clue is inside a cage, but you’ll find a tiger inside the cage as well. 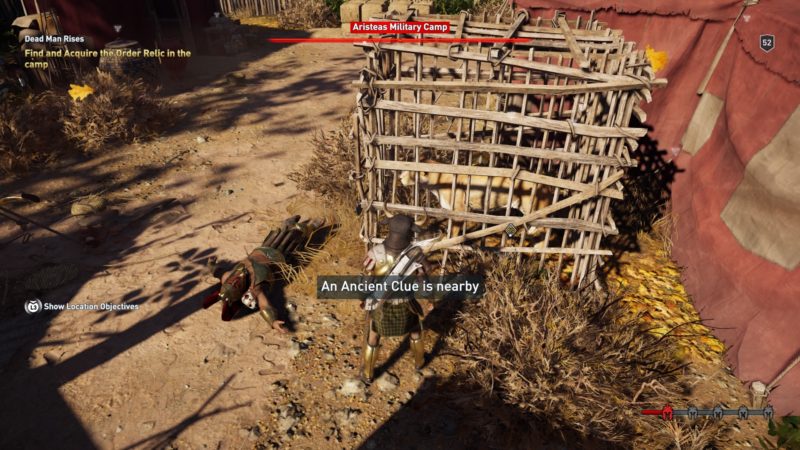 You may need to kill the tiger first. Once you’ve done defeating the guards as well, loot the Order Relic Note. 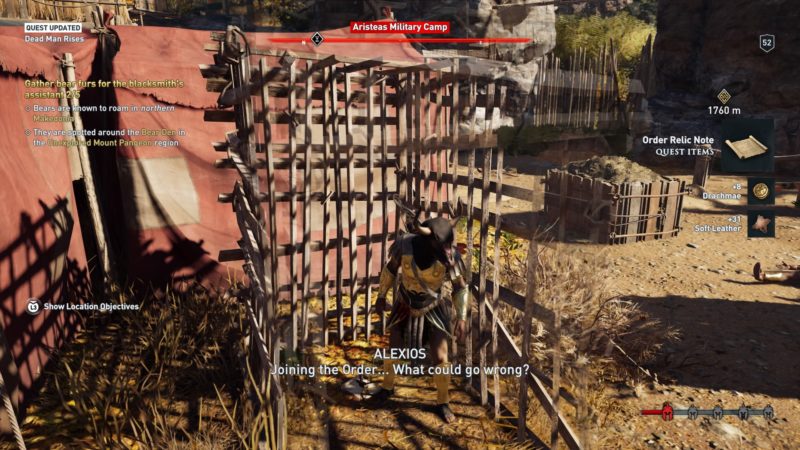 Apparently a blacksmith’s assistant is the next clue. You will need to gather bear furs for him, in exchange for information.

You can find plenty of bears in the Unexplored Mount Pangeon, more specifically in the cursor shown below. 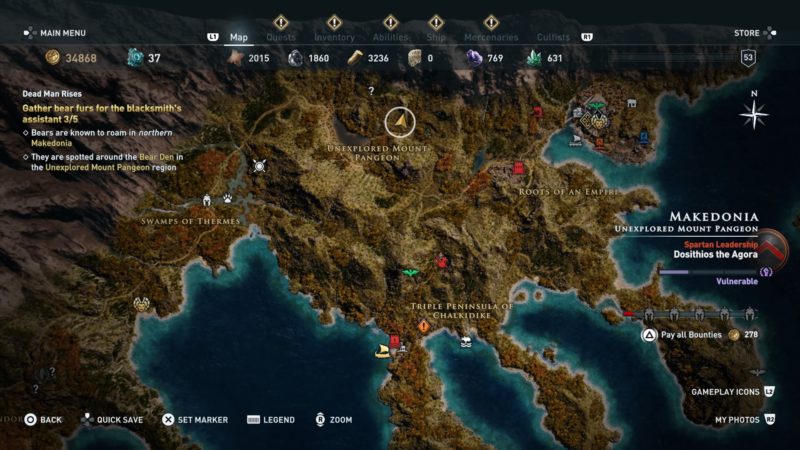 There were over 6 bears around the area.

At one point, I was being chased by three bears. 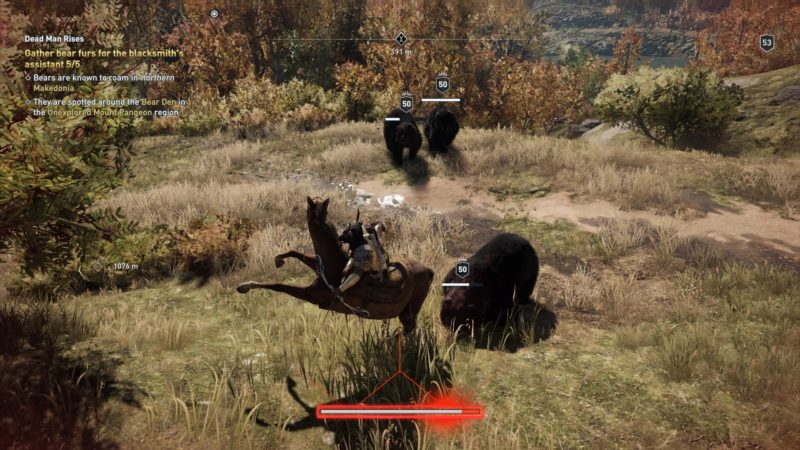 If you already have five bear furs, you don’t need to hunt bears. 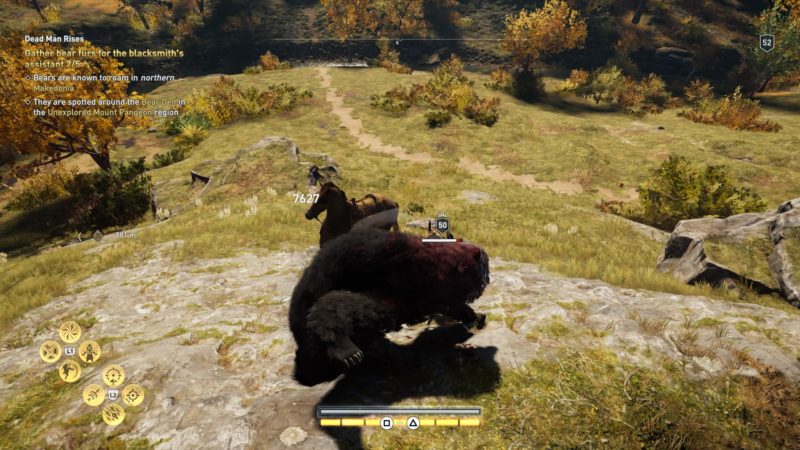 Get to the blacksmith’s assistant

Once you’re done, go to the blacksmith’s assistant. You can find him in the town of Makedonia, at the location shown in the map below. 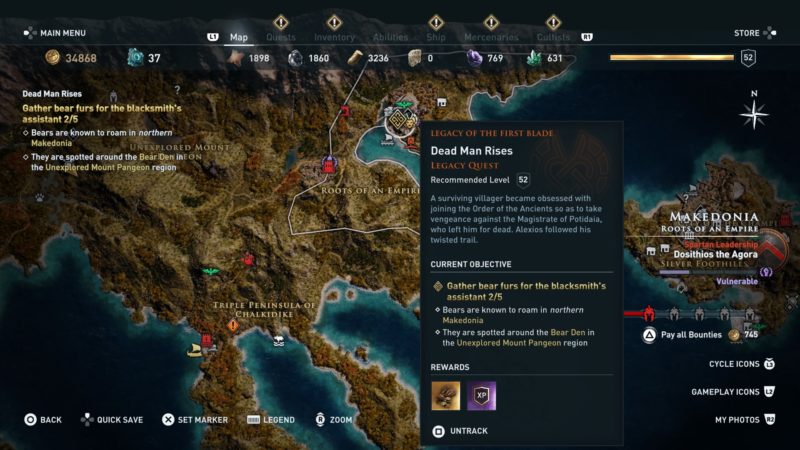 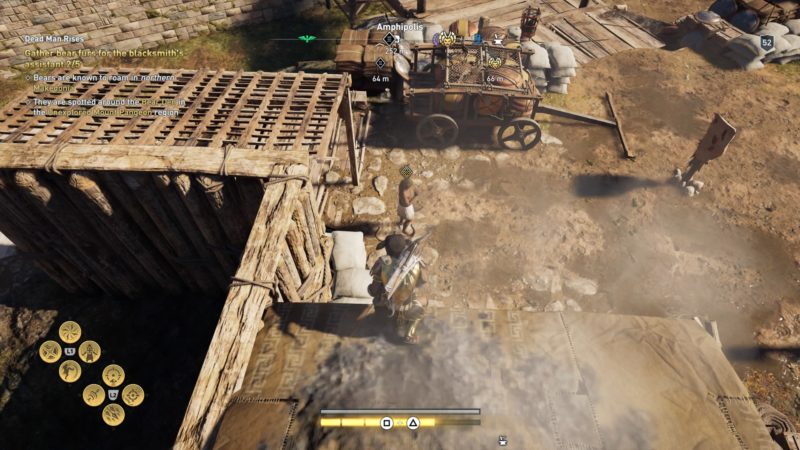 During the conversation, he will say out a secret code, and you need to reply.

I chose the wrong reply, i.e. “And its power is ancient”. The right code may be the last option, but I’m not certain. 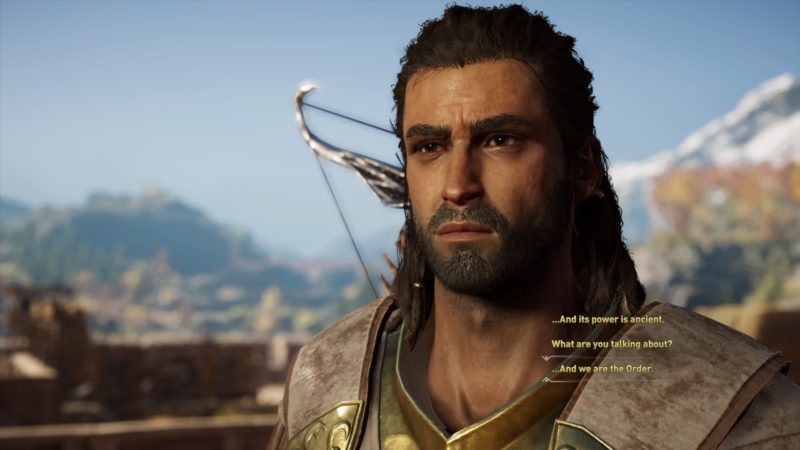 As I chose the wrong option, I killed the assistant after the cutscene. 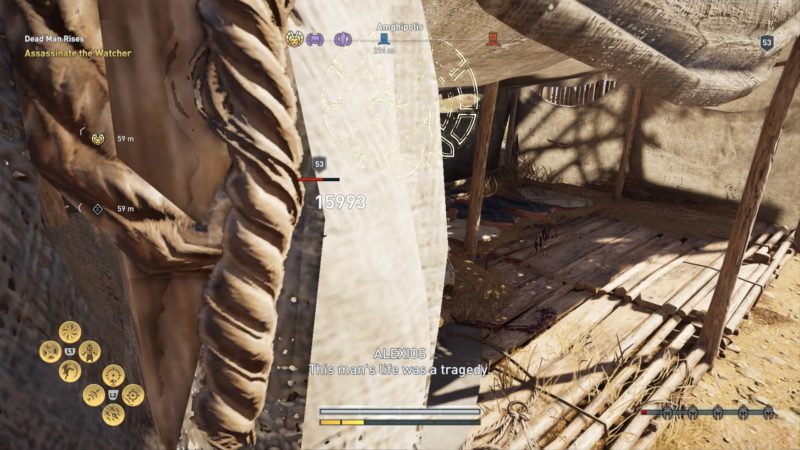 Your task now is to kill Echion the Watcher. His location is shown in the map below. 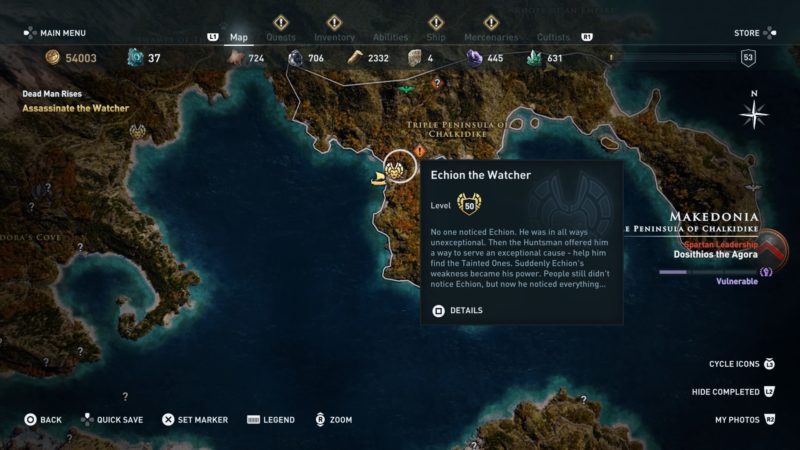 He is one of the members of the Order. 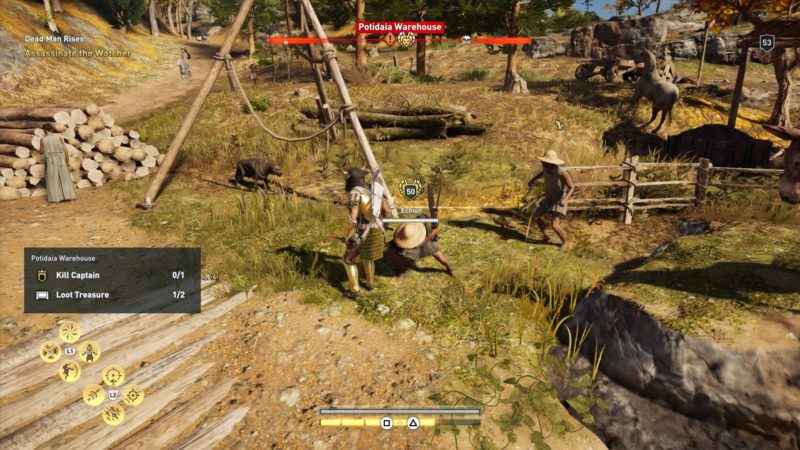 The quest completes after he’s dead. You should earn a pair of Persian Elite Gloves with some drachmae. 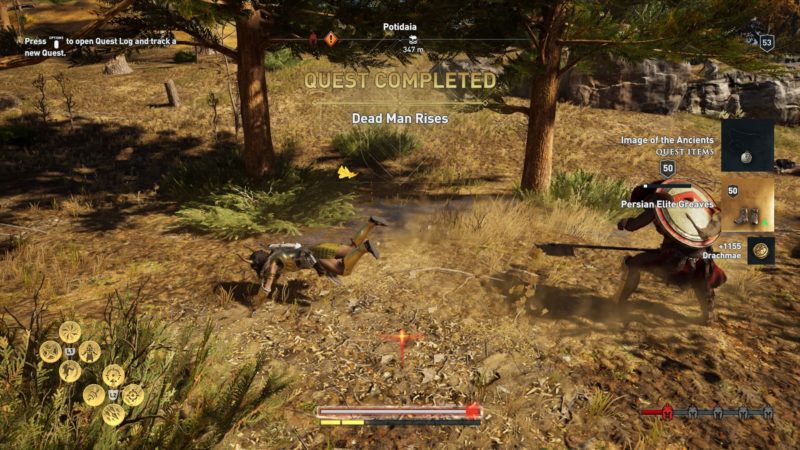