Blood For Aphrodite is a side quest in Assassin’s Creed Odyssey involving the Daughters of Laiaia.

Your task is to defeat the Sons of Xerxes with the help of the women of Laiaia.

Here’s a walkthrough of Blood For Aphrodite in AC Odyssey. 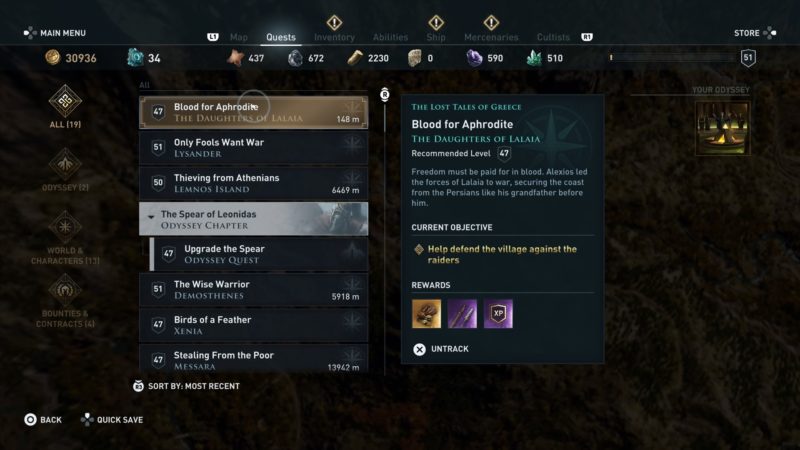 To begin, talk to Periktione who is in the town of Laiaia. Her exact location is shown in the map below, marked as the blue exclamation symbol. 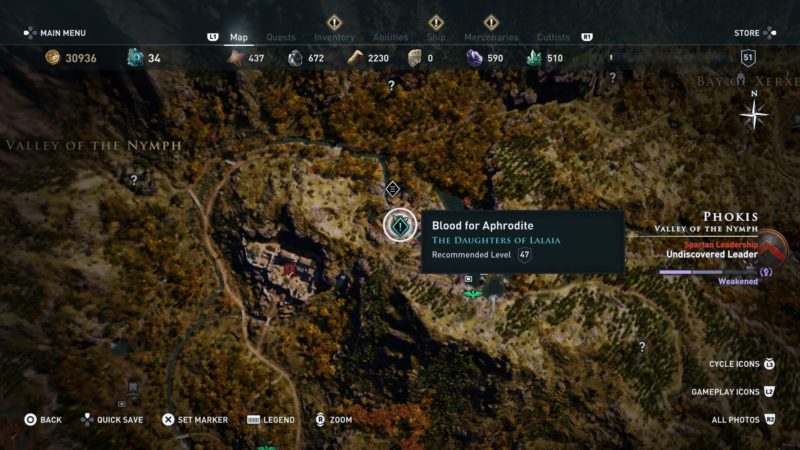 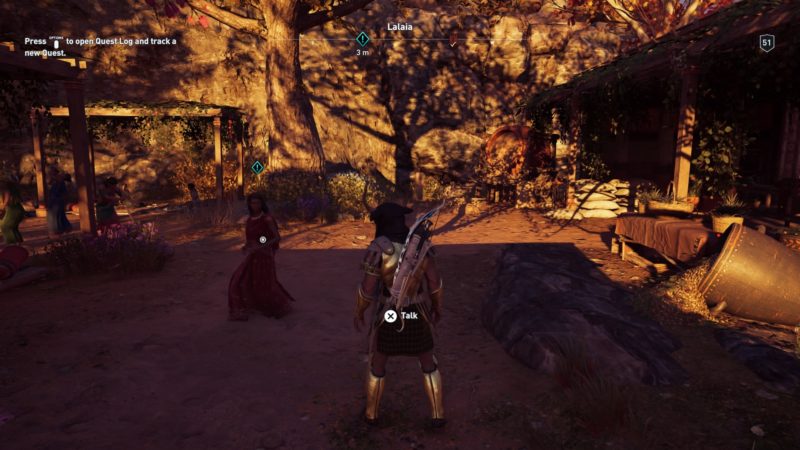 During the cutscene, you will learn that the town is being attacked by the Sons of Xerxes.

Help defend the village against the raiders

Get to the quest symbol shown in the map below. There are quite a number of raiders there fighting with the Daughters of Laiaia. 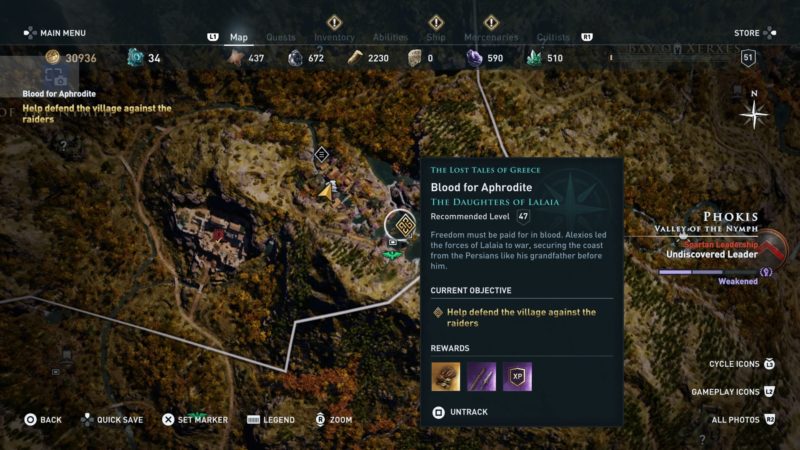 Some of these raiders use poison attacks. Dodge when necessary and defeat all of them. 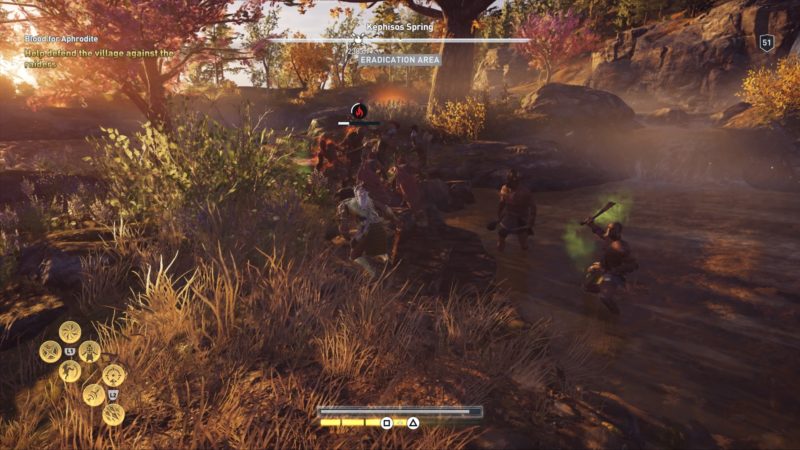 The battlefield is also filled with many flame spots. Try to avoid them when possible. 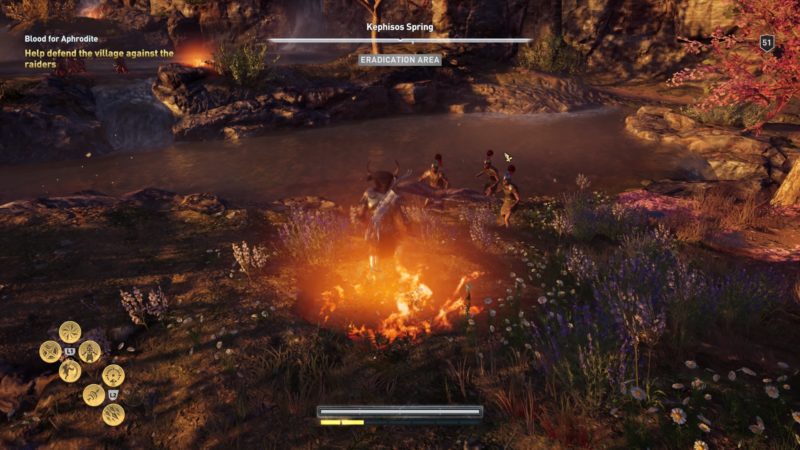 After you’ve defeated all of the raiders, talk to Thyia who is in the area. 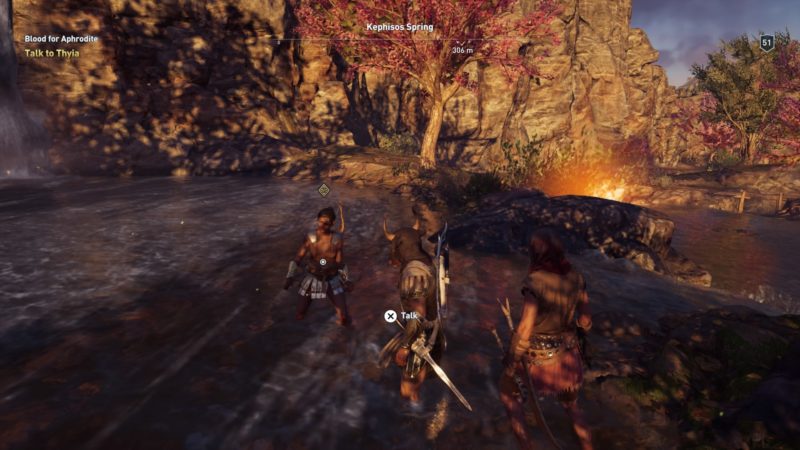 Follow her back to the village to meet up with Periktione and check out the situation. 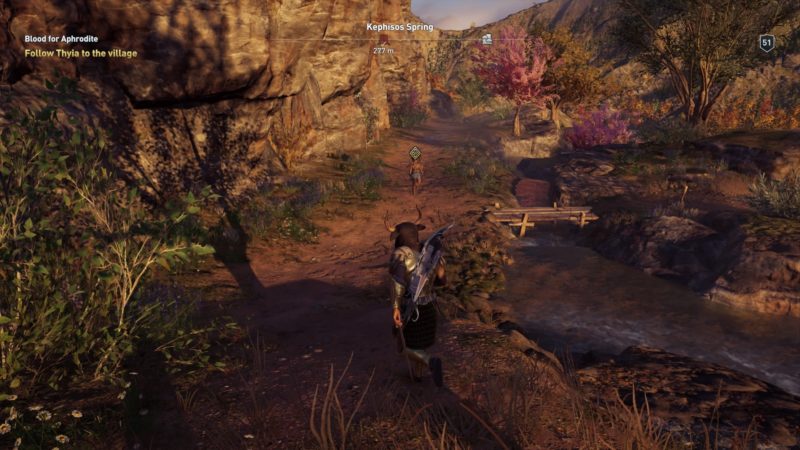 During the cutscene, it seems like the battle has been won and this is probably the last quest for this Daughters of Laiaia series.

Once again, talk to Thyia who is at the waterfall. Her exact location is shown below. 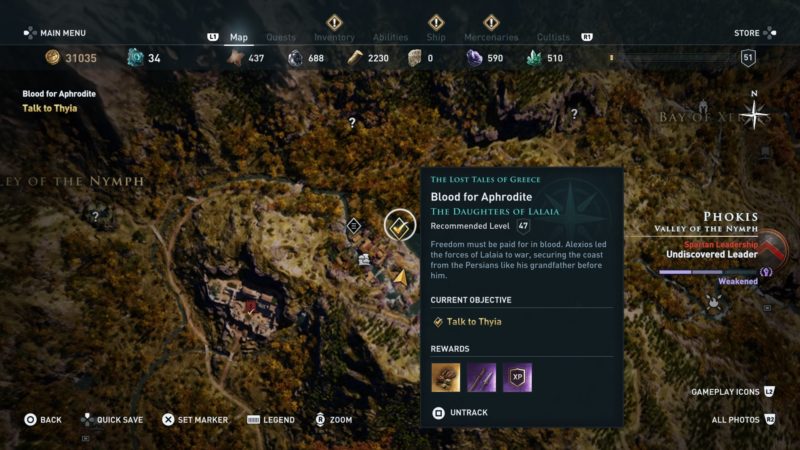 This part is more of just conversational and is purely romance. 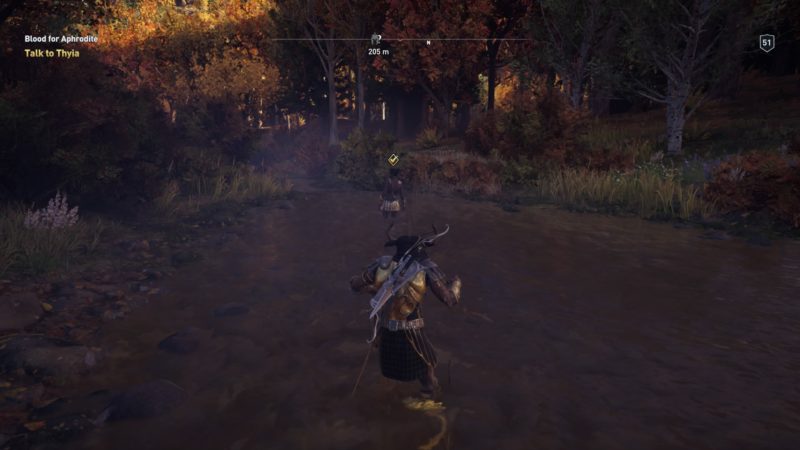 You can choose to recruit Thyia as your new lieutenant on the Adrestia. 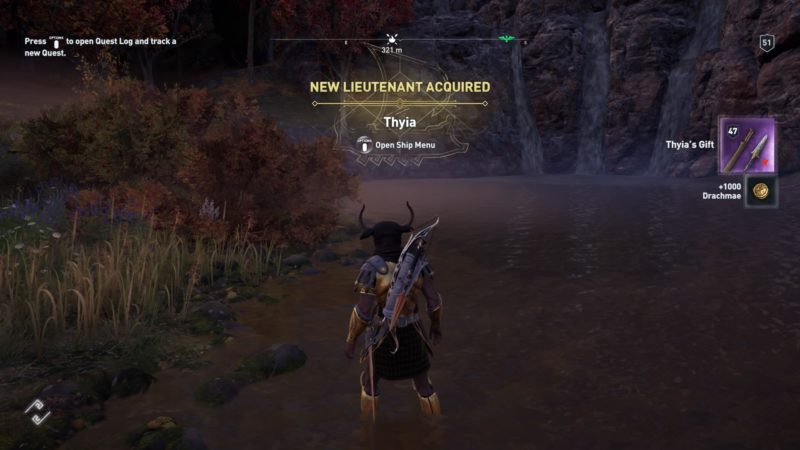 You will also get Thyia’s gift plus some drachmae as quest rewards. 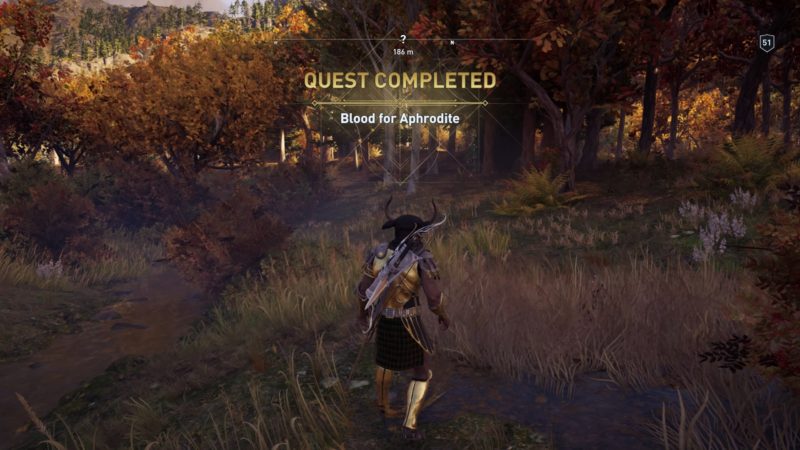