Episode 14 of Flower of Evil just released about half a day ago and we’re only two episodes left in the season.

The entire episode has been tense from start to finish and we can’t wait for more.

Here’s a preview for episode 15 of Flower of Evil. 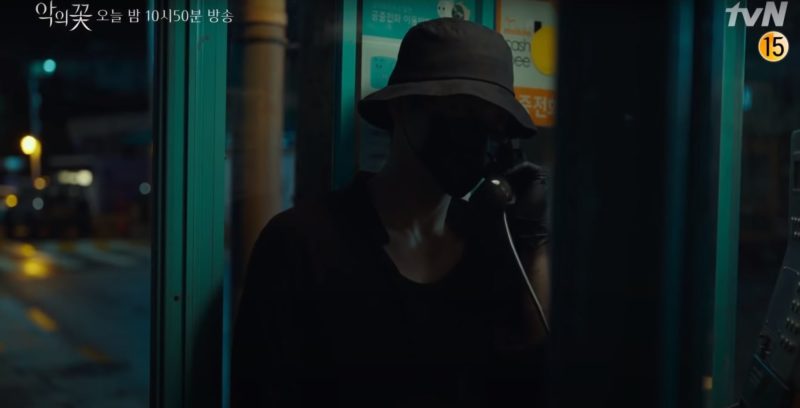 In episode 14, Hae-soo and Eun-ha went back to the latter’s house to retrieve Eun-ha’s items.

However, the door knob was removed by Hee-sung earlier and he eventually confronted Hae-soo.

Thinking she was Ji-won, Hee-sung ended up stabbing Hae-soo. For now, we’re not sure if she died or if she simply went unconscious.

In the preview, we see that Ji-won finally figured out that Hee-sung is awake, as they may have seen the black box footage. Ji-won has also seen Hee-sung lying down at the house so she would recognize him.

Hee-sung is later seen meeting up with Yeom Sang-cheol at Min-seok’s old house, where Hyun-soo might be hiding. He also brought the briefcase with cash.

Moo-jin barges into Baek’s house and looks for Hee-sung. In the meantime, Baek Man-woo is seen tearing up some paper (probably evidence).

Hyun-soo is seen talking to Mi-sook who is in the cage, empathizing with her situation, since his life has been a mess as well. It’s probably before the meeting with Hee-sung.

While Hee-sung is confronting Mi-sook who is in the cage, Hyun-soo strangles Hee-sung from behind. Hyun-soo pins down Hee-sung on the ground, and the latter says “Hi, nice to meet you. You are curious as to who I am, right?“.

At the end of the preview, Mi-sook grabs a phone and asks Ji-won to save Hyun-soo.